ROGER FEDERER vowed to play at least once more at Wimbledon after headlining the Champions’ Parade.

The Swiss maestro – an eight-time singles winner – received a standing ovation as he walked out last during the 100th anniversary celebrations of Centre Court.

Roger Federer was back on Centre Court as part of the centenary celebrationsCredit: Getty 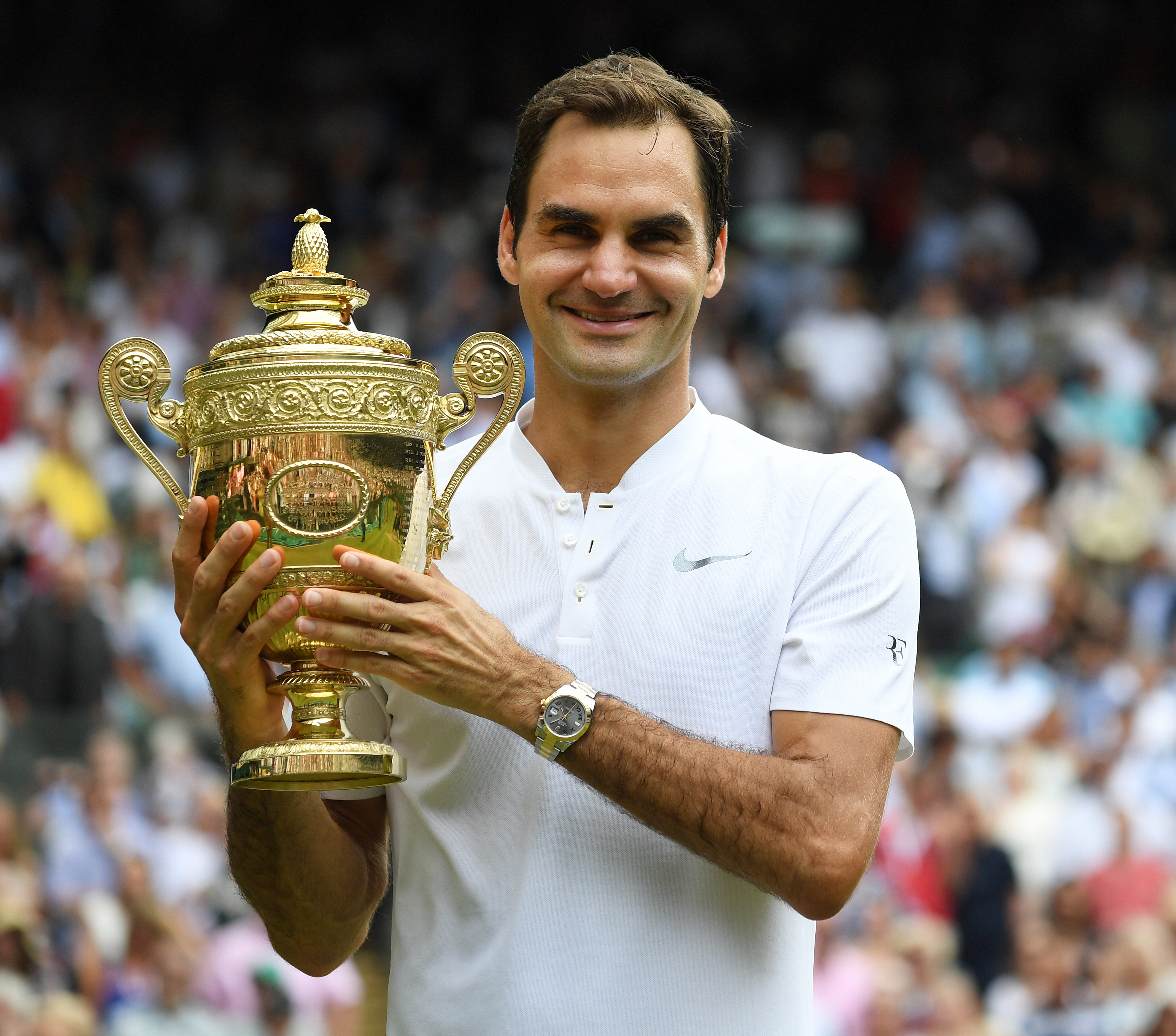 The Swiss great has picked up eight singles titles at the All England ClubCredit: Times Newspapers Ltd

Federer is out with a knee injury and has not hit a tennis ball in competitive action since losing in the quarter-finals of Wimbledon 2021.

The 40-year-old, wearing a suit and white trainers, said: “I’ve been lucky enough to play a lot of matches on this court. It feels awkward to be here in a different type of role.

“It’s great to be here with all the other champions. This court has given me my biggest wins and my biggest losses.

“I hope I can come back one more time.

“I’ve missed it here. I knew walking out here last year, it was going to be a tough year ahead.

“I maybe didn’t think it was going to take this long to come back – the knee has been rough on me.

“It’s been a good year regardless of tennis. We’re happy at home. I didn’t know if I should make the trip but I’m happy standing here right now.”

His great rival Nadal, who remains on for the Calendar Slam in 2022, was in his Wimbledon white tracksuit as he took his place on the famous grass.

The Spaniard – five years younger than Federer – admitted this week he was on the brink of retiring very recently.

Nadal said: “A couple of weeks ago I was close to [retirement].

“Now I don’t feel that way. That’s my philosophy.

“I never had fear about that day. I think I am happy that I had a very happy life outside of tennis, even if tennis is a very important part of my life for the last 30 years.

“I have been happy outside of tennis, without a doubt. I have a lot of things that I like to do away from tennis, so I am not worried about that.”

BBC presenter Sue Barker – who is stepping down after 30 years of SW19 commentary – was in tears when McEnroe went off script to salute her TV work and the 15,000-seater court gave her a rapturous applause.

American superstar Serena Williams, defending women’s champion Ash Barty and seven-time winner Pete Sampras were among those who snubbed an invite to this special day.

It is not known if retired Russian star Maria Sharapova – who won the title in 2004 aged 17 – was invited even though she is pregnant with her first child.