RICARDO SANTOS has played every minute of Bolton’s League Two campaign this season.

And the 6ft 5in centre-half, nicknamed ‘The Wall’ by adoring Wanderers fans, is tipped by boss Ian Evatt to lead them back up the divisions after their spectacular fall from Premier League grace. 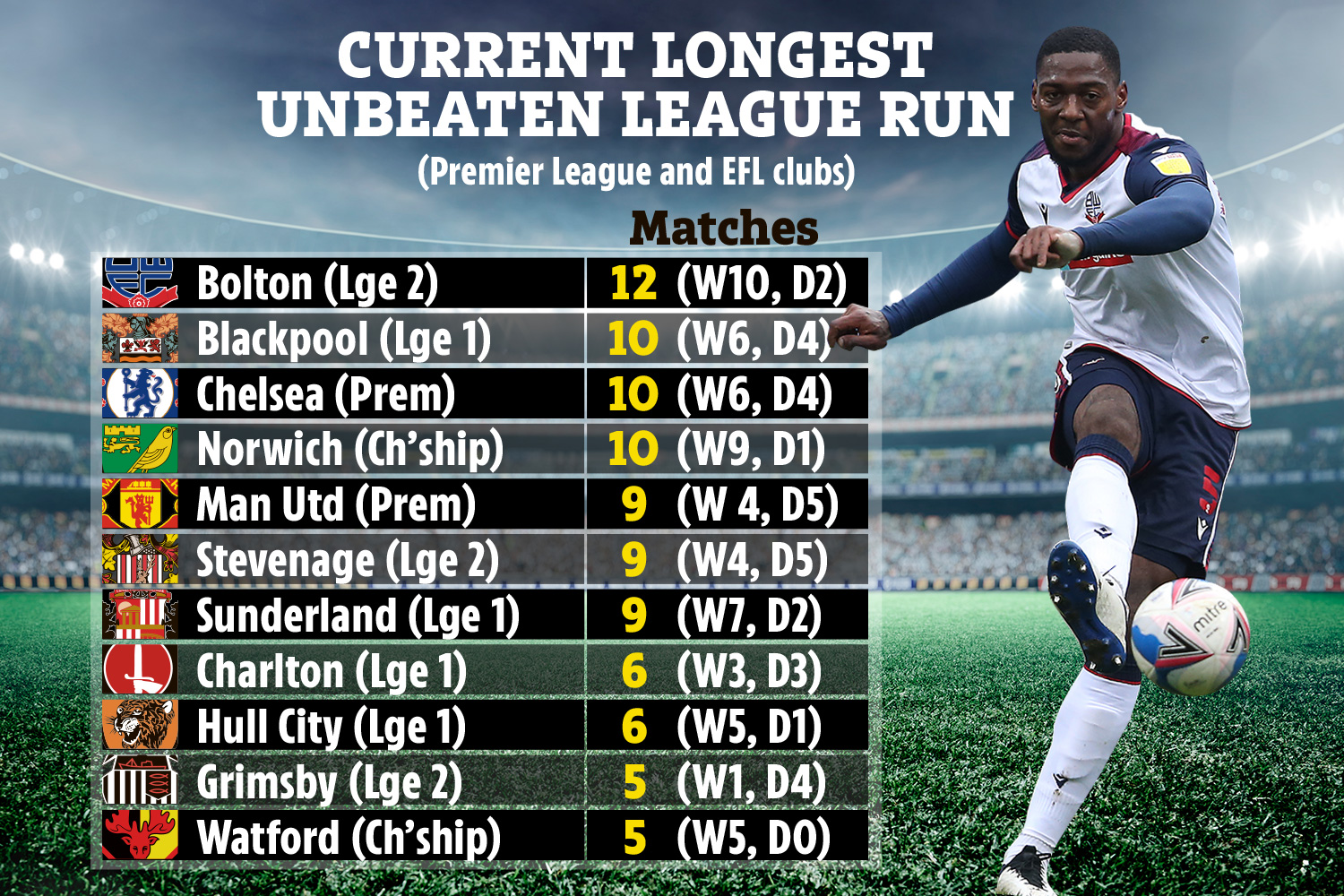 Bolton are on the best unbeaten run in the country 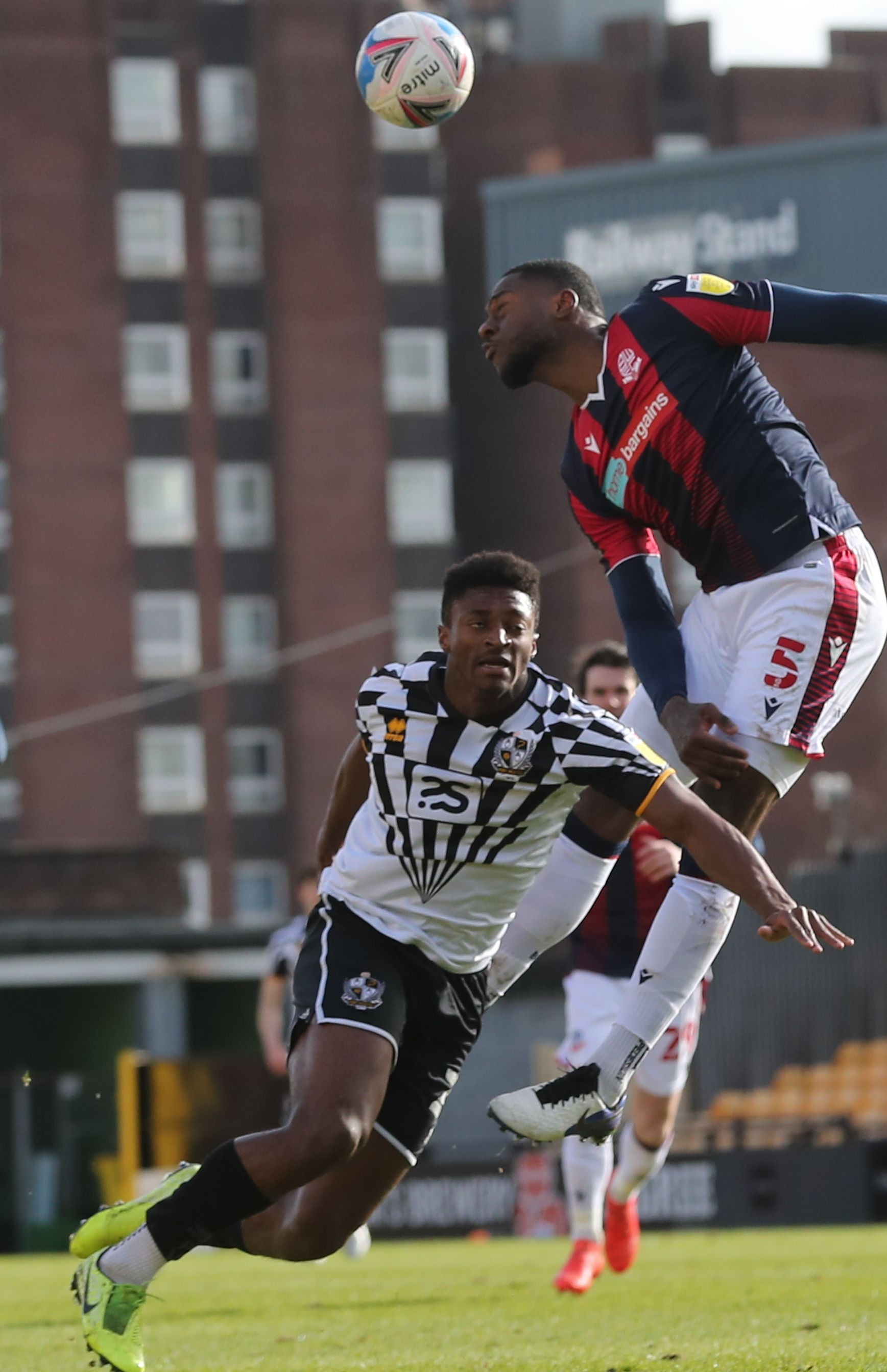 Ricardo Santos has been at the heart of Bolton’s resurgenceCredit: Rex

It is a far cry from just three years ago when Santos hit rock bottom – crashing into non-league with Barnet after leaving Peterborough and injuring his knee so badly he could not even walk.

The 25-year-old – who joined the Trotters in the summer from the National League Bees – said: “I had tendonitis and did what Ledley King used to do at Tottenham. I’d train once a week on Friday and then play Saturday and be in the gym for the rest of the week.

“I was doing that for a while and my knee started hurting seriously. I couldn’t even walk. I thought, ‘I can’t do this anymore’ so sat out and did rehab for eight or nine months.

“Thankfully it’s all good now and I’m the only Bolton player to have not missed a minute of league action this season.”

Santos appreciates the good times because he is well versed how football fortunes can change swiftly in either direction. 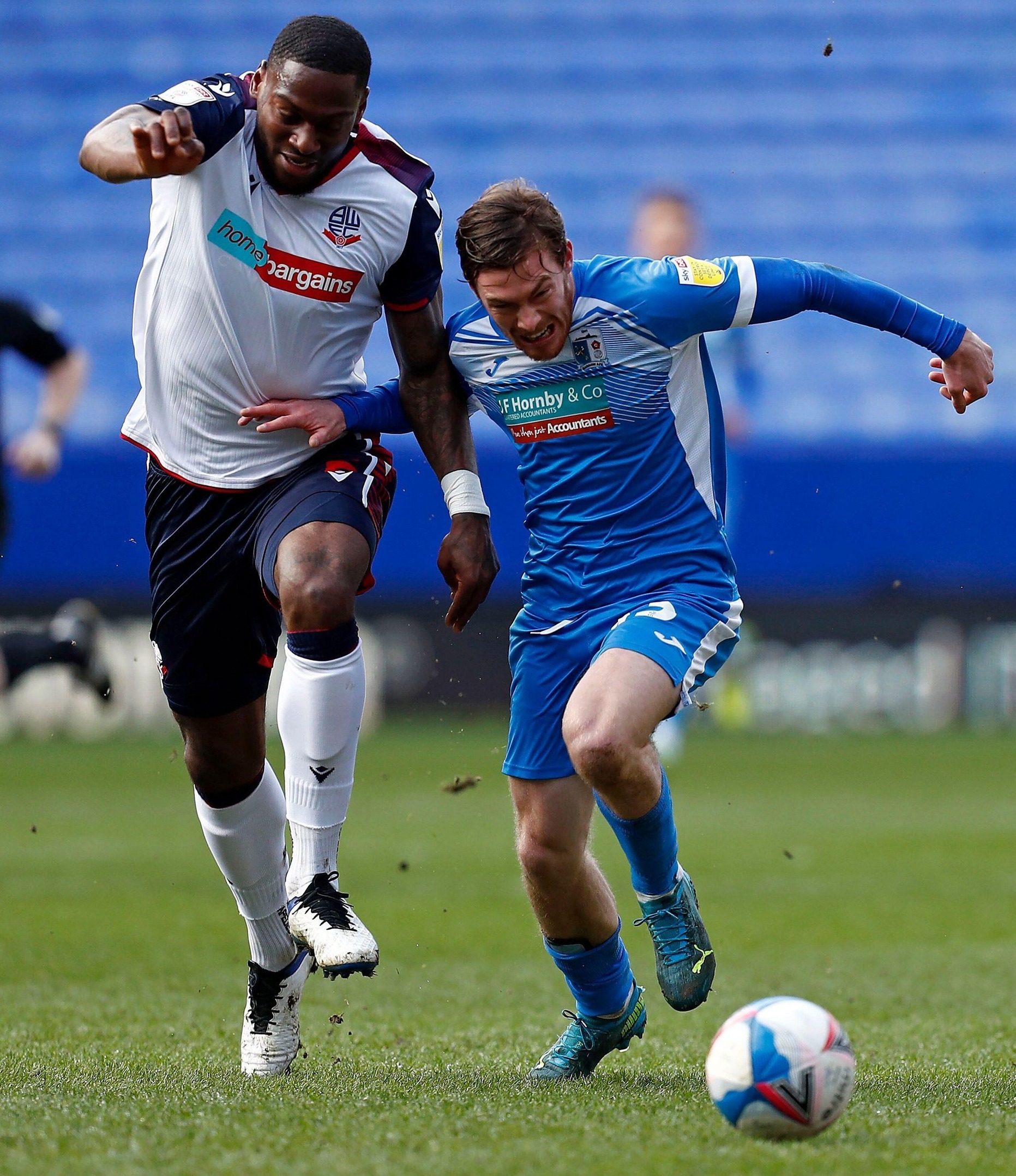 Santos has impressed with his strength, power, pace and passing at Bolton

The Portuguese-born ace, who was brought up in East London, failed to make the grade first with Dagenham then Dover – forcing him to drop into the EIGHTH tier to get games at Thurrock.

But within a few months he found himself snapped up by Peterborough boss Darren Ferguson and got plenty of game time in League One before falling out of favour with Grant McCann.

So he dropped into League Two with Barnet but they were relegated into the National League, which coincided with his injury setback.

But three managers have shown faith in him when he was at a low ebb in his career – former Gillingham boss Mark Stimson at Thurrock, Posh chief Ferguson and now Evatt.

He said: “It’s crazy how things change quickly in football – good or bad.

“Stimson had always liked me from when he coached at Dagenham and kept trying to get me to Thurrock but I didn’t want to go because it was so low down the pyramid.

“But when I couldn’t even get into the Dover team who were then in National League South, he persuaded me to join on loan and within no time I had an agent telling me about Peterborough.

Ferguson invited him to train for a day then gave him a 45-minute run-out in a trial game before signing him the next morning.

Santos said: “I learned a lot in my three years with Peterborough and enjoyed playing for Darren. He always wanted you to be confident playing from the back.

“I also learned with him you couldn’t take the p***. You had to be professional because he had a hard, strict side to him that you would associate with his dad Sir Alex.” 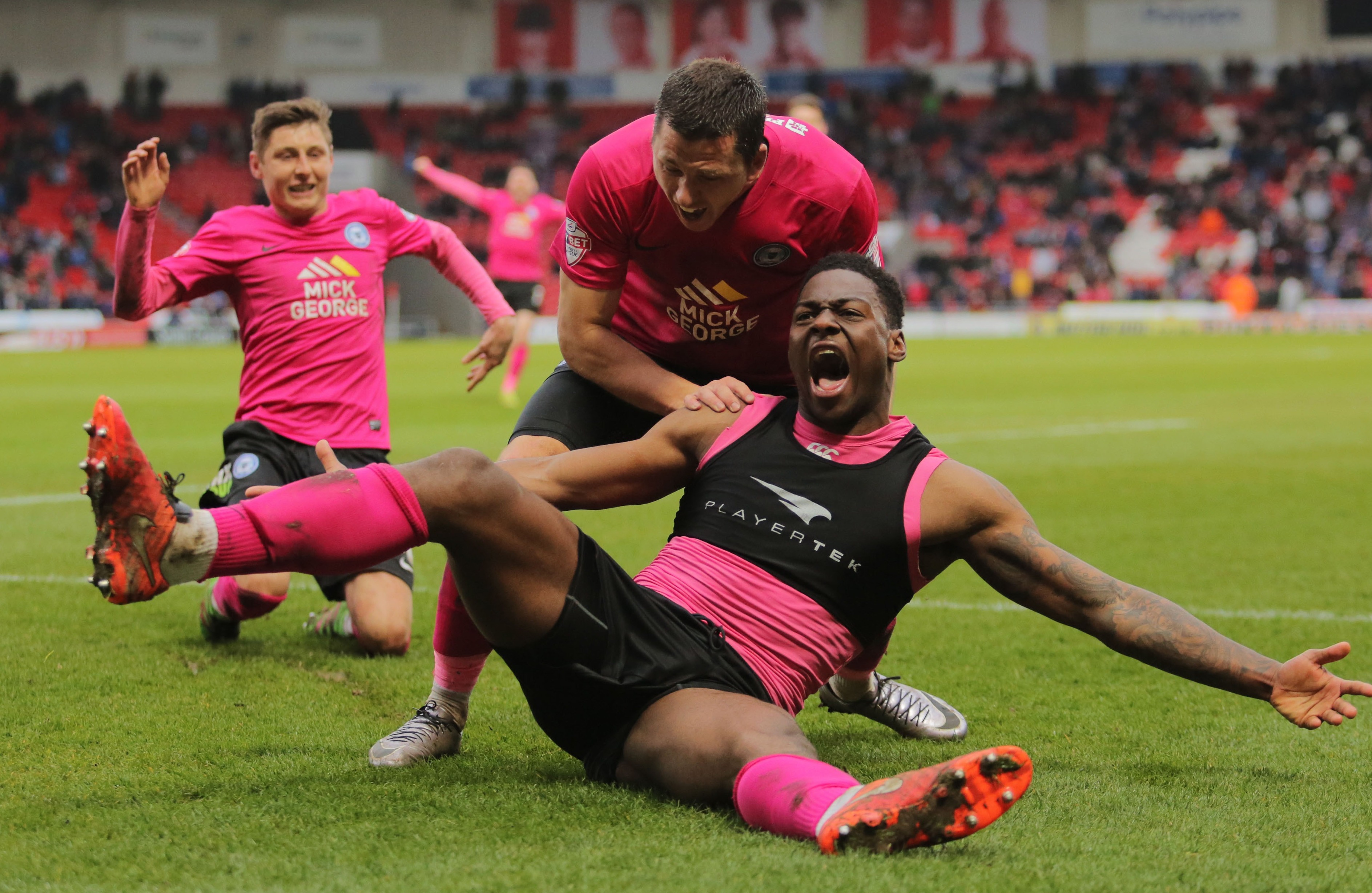 But after dropping out of the picture under McCann and leaving for Barnet, within 16 months he found himself back in non-league and injured.

However, little did he know his fortunes were about to change again, when he made his comeback in an FA Trophy game against a Barrow team managed by Evatt.

He said: “I played the last 15 minutes. Ian had put a quick winger on and kept telling the lad, ‘Get at him’ but the Barnet management told him, ‘No chance.’ Ian said, ‘We’ll see.’

“But as the boy on the left tried to take me on, I beat him for pace and strength and he said, ‘Wow.’

“Since then he was interested in me and he contacted me at the end of last season asking me to come to Bolton.” 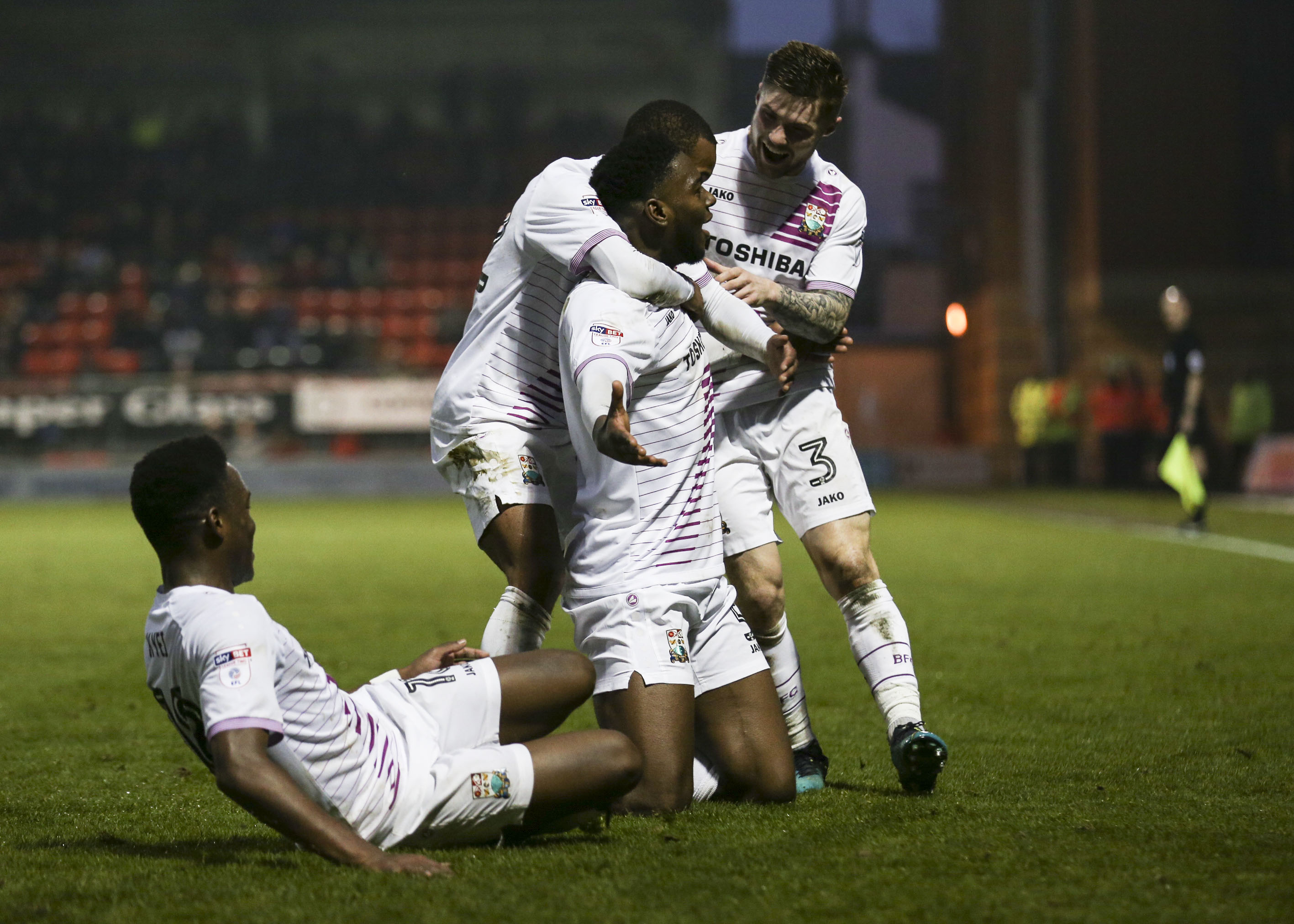 It was a no-brainer for a player who has done the hard yards in non-league to join a club that was playing Premier League football as recently as 2012 with ambitions to return to the top level.

He said: “I hadn’t even been to Bolton’s ground before and the first time I visited I thought, ‘This is crazy.’ It was mad. Even though the club are in League Two, everything is still Premier League standard. I couldn’t wait to get started.”

Despite his towering frame and being physically strong, he has bags of pace and is a composed footballer with a good range of passing.

His performances have seen him named in nine EFL teams of the week this season and he won February’s SkyBet League Two Player of the Month. 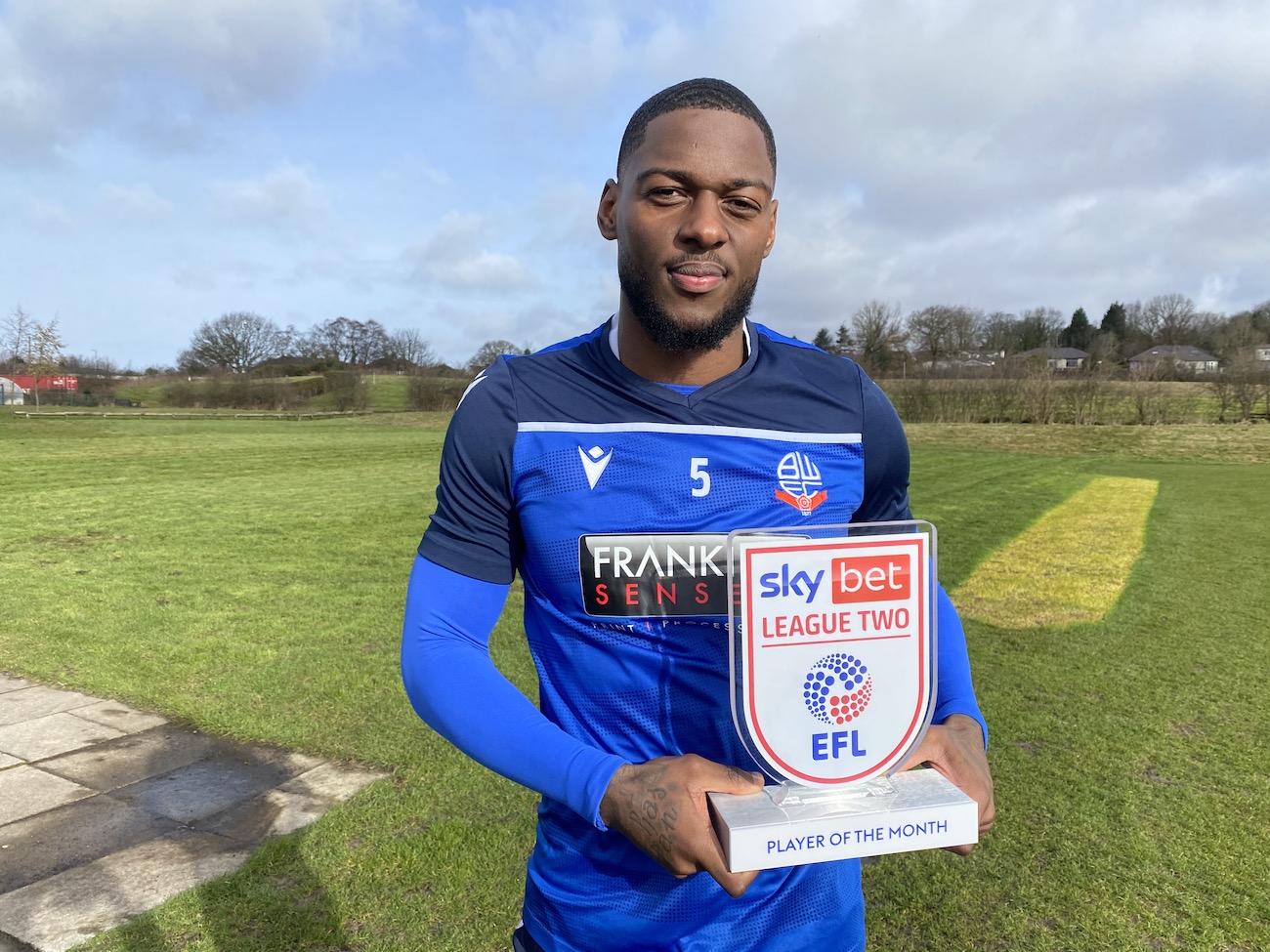 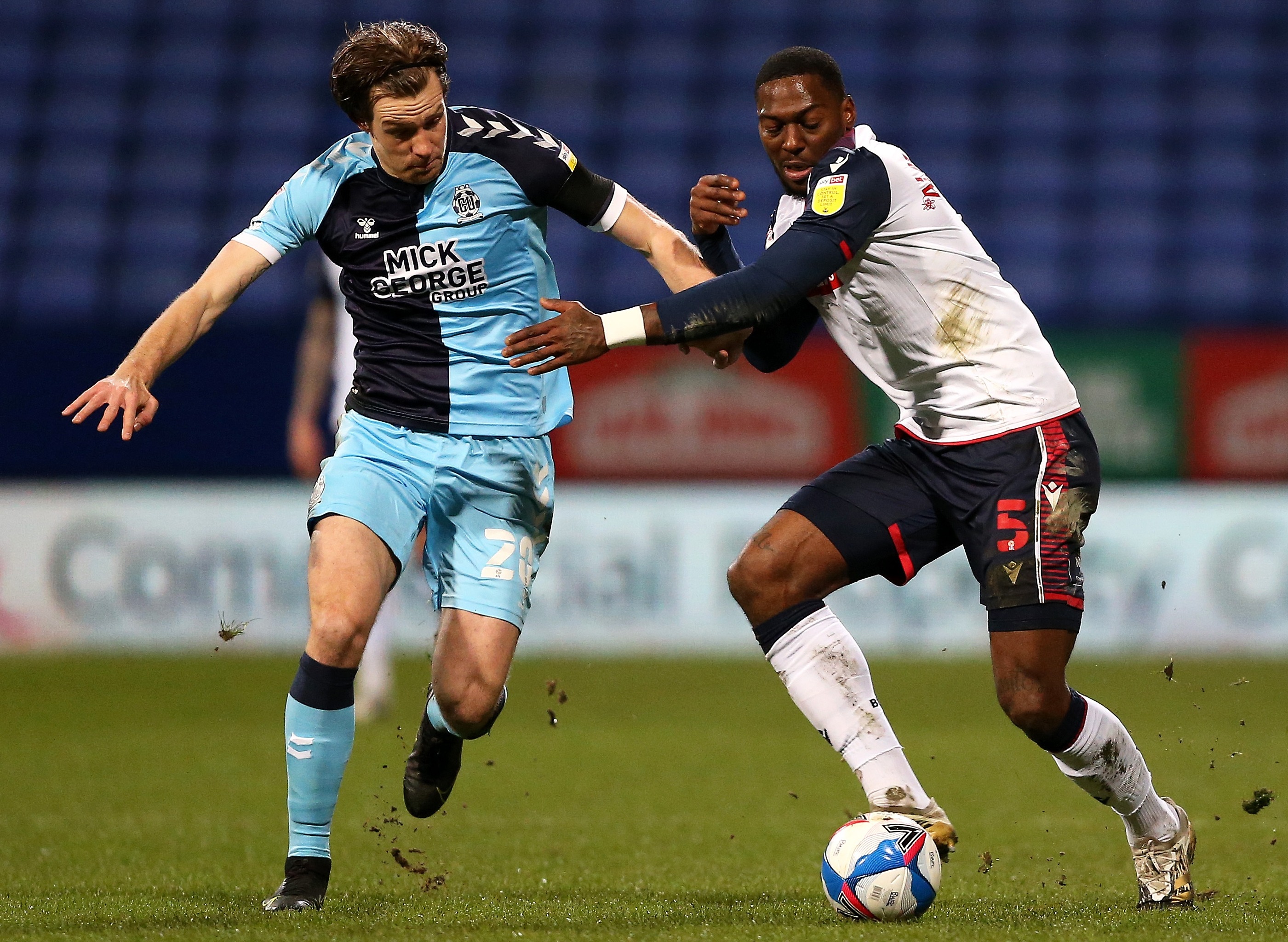 And despite losing their first five games this season with fears growing that Bolton might become the first former Premier League team to drop into non-league, they are now flying with the best unbeaten record in the country.

Sitting fifth, on Saturday they travel to third-placed Forest Green Rovers just two points behind them and only five adrift top-of-the-table Cheltenham.

He said: “We haven’t lost for 12 games and have kept seven clean sheets in that run. We have such confidence and belief that we can win automatic promotion with 30 points still to play for.”

Such is the respect in the Bolton camp of Santos’ performances that the captain’s armband has been thrown at him four times now.

The defender said: “I’m so glad that people see me as a leader. I like to think I do that with my performances and my character around the building.

“I can chat to everyone and get on with everyone. I like to make everything enjoyable at the training ground and the first thing I do is put music on in the changing room just to make it fun. Football is a serious business but we all first and foremost got into the game because it was fun.”

Now Evatt wants Santos to go through the divisions with the club.
How does he feel about being talked about like that?

He said: “With the history this club has and to be able to do that and be liked by the manager, I’d love it.

“Bolton will one day get back to the Premier League. The set-up is Premier League and the owners want to build and don’t mind spending money to get in players. I want to be part of that journey. We’re going the right way.”

HIS PORTUGAL ROOTS: My parents are Portuguese so I was born there. We moved to East London when I was two or three.

BIGGEST INFLUENCES: I’m a big Arsenal fan and used to be a striker as a kid. I idolised Thierry Henry, Dennis Bergkamp and Robert Pires. I grew bigger and moved back to midfield and eventually centre-half where I was able to dominate.

WINNING PLAYER OF THE MONTH: I thought it must have been some sort of a joke as I always was under the impression only strikers really win that. Eoin Doyle has been massive for us this season upfront – he has 15 goals already – so I did well to beat him this time!

HOW HE GOT INTO FOOTBALL: I used to play with my two brothers while growing up in East London. I joined a Sunday team called Stratford FC and then went to Dagenham at 14, where I ended up doing my scholarship.

LIVING UP NORTH FOR THE FIRST TIME: The locals have been so welcoming and friendly. The weather is a lot different though – rains much more and is colder than down south. I’m happy, though, as I have my other half and two-year-old son living with me.