GURO REITEN helped Chelsea seal a gritty home win against Brighton although the Seagulls gave the Blues a second-half scare.

The Norway ace’s strike and a hat-trick of Fran Kirby assists led to a 3-1 Blues victory with the champs going top.

Guro Reiten and Beth England were both on target for Chelsea who went top of the table after beating BrightonCredit: Reuters 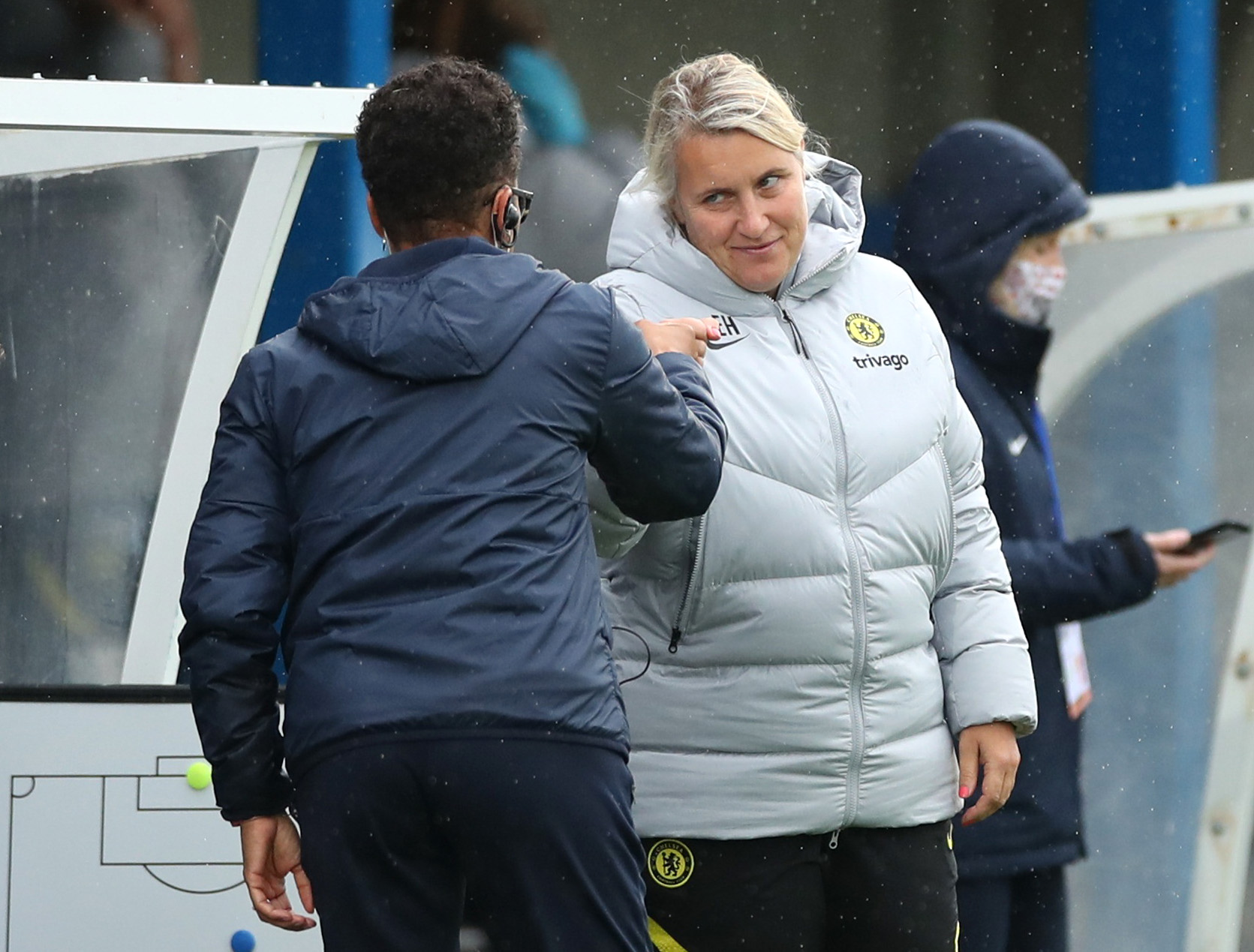 Emma Hayes aces will play Wolfsburg next in the Champions LeagueCredit: Reuters

And the result saw Emma Hayes notch up her 150th WSL match win at the Blues’ helm ahead of her team’s Champions League duel with Wolfsburg on Wednesday.

Hayes said: “I thought it was a wonderful performance from Guro Reiten

“She was exceptional today, got her first goal of the season and the ball from Fran to Sam is out of this world.

“I think we started the second half when we were still in the changing room and gave away a sloppy goal.

“I thought our game management beyond that limited them to two shots.

“The third goal was the least we deserved and brilliant impact from the bench, once again.

“I’m especially pleased for Beth that will do her confidence, the world of good.”

Chelsea, fresh off the back of their Women’s FA Cup quarters defeat of Birmingham, got off to a fast start in the game’s opening moments.

And Reiten, who was a regular threat down the left, got the hosts off to a flier with a ninth-minute half-volley into the far corner following a throw-in from Kirby.

Hayes’s players had another chance to extend their lead minutes later with Harder through on goal but getting caught in possession as Hope Powell’s Seagulls poured into the box.

And the visitors had a strong chance to level near the twentieth minute with Aileen Whelan unleashing a fierce right-footed shot with Magda Eriksson clearing the ball on the line. 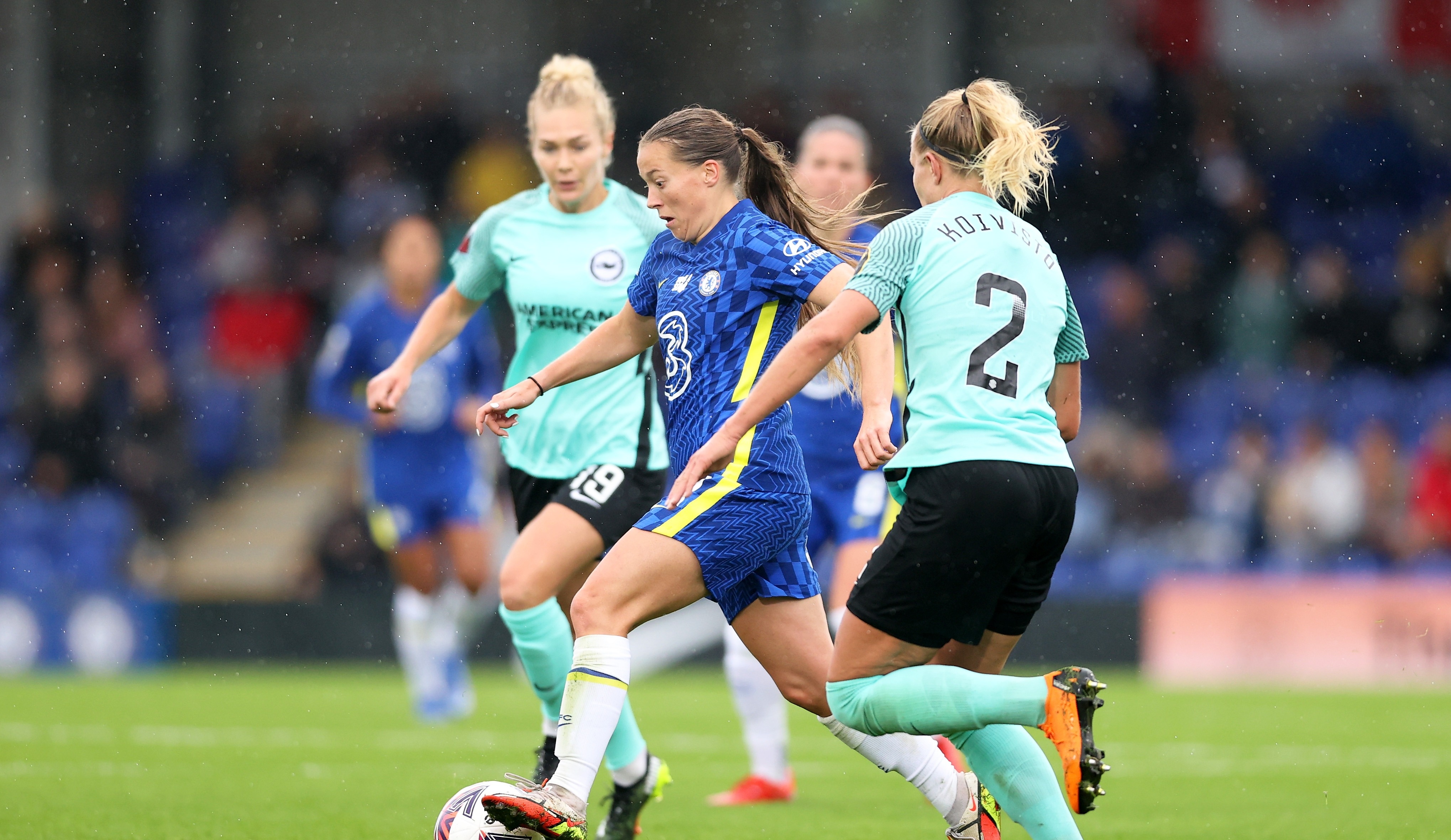 However, the champs eventually doubled their lead 11 minutes before half-time.

Their second came via a long pass from Kirby and a daring header from Sam Kerr after keeper Megan Connolly missed a chance to claim the ball.

The opening moments of the second half saw Albion pull one back with Danielle Carter poking the ball home following a throw-in from Whelan.

However, Chelsea put the game out of reach with Fran Kirby driving forward on the right.

And the Blues player threaded in a neat pass into the path of substitute Beth England who buried Chelsea’s third to wrap up the win.

The result saw Brighton, who are fifth, register back-to-back losses with the team looking to bouncing in their clash with Tottenham. 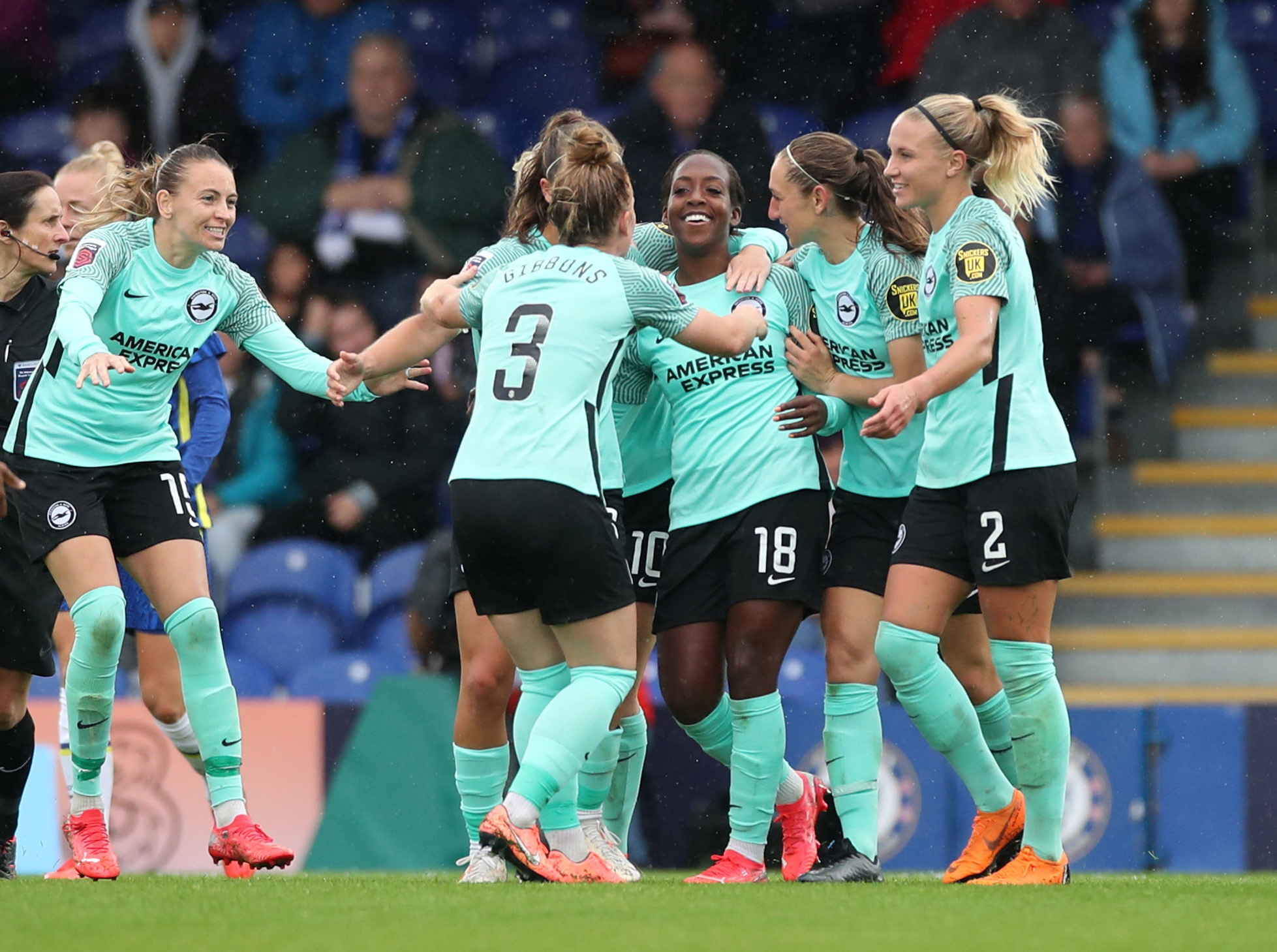 Danielle Carter pulled a goal back for Brighton in the second halfCredit: Reuters

Albion boss Powell said: “I think everybody today, defensively, played a really important part, which then means there’s less pressure on our goal, which is exactly what we wanted.

“Teams will get chances as we got the chance at the other end to score and they had more than three but they managed to score three.”