KING James of St James’…at this rate Romelu Lukaku will be lucky to get his place back in the side!

Okay, maybe not, but when your full back produces finishes like Reece James did here, being without the twin strikers doesn’t look quite the crisis it once appeared.

Neither Lukaku or Timo Werner will be back before the international break. Yet with James in the goalscoring form he’s shown over the last fortnight, so what.

For 66 minutes Newcastle’s backs-to-the-wall battle looked like paying dividends and earning the most hard fought of points.

And having spent almost the entire game in their own area, one small step for man, one giant leap for Geordie kind it would have been, as well.

But then James, an unlikely goalscorer at Norwich seven days earlier, stepped up with not one, but TWO, jaw-dropping strikes to give the score a semblance of reality.

And in doing so he showed the Toon’s new Saudi owners quite how big the mountain is they have to climb before they can hope to be on a similar level.

To be honest, for all they showed an admirable fighting spirit in keeping it level for so long, they’ll be lucky to still be in the same division next year at this rate. 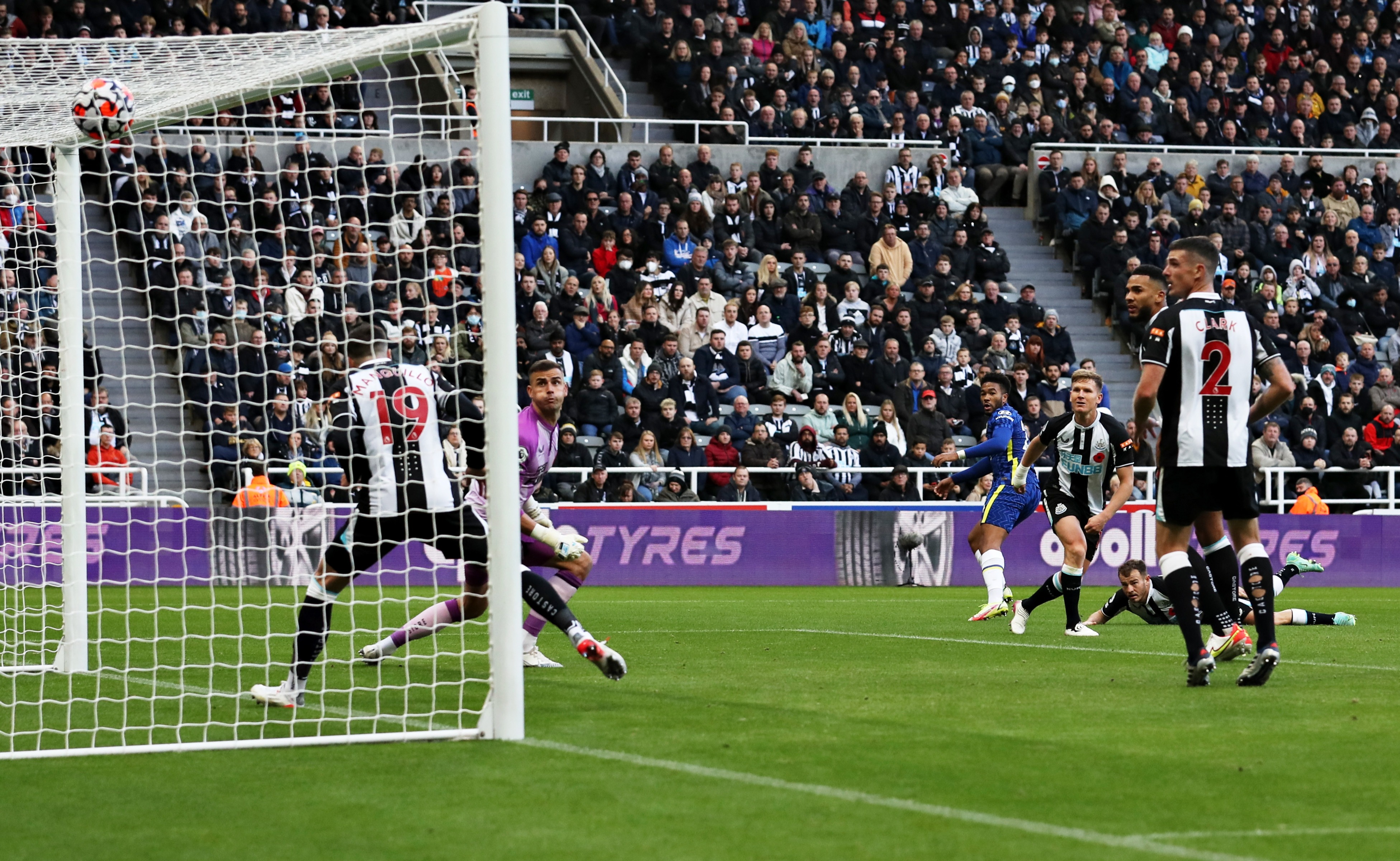 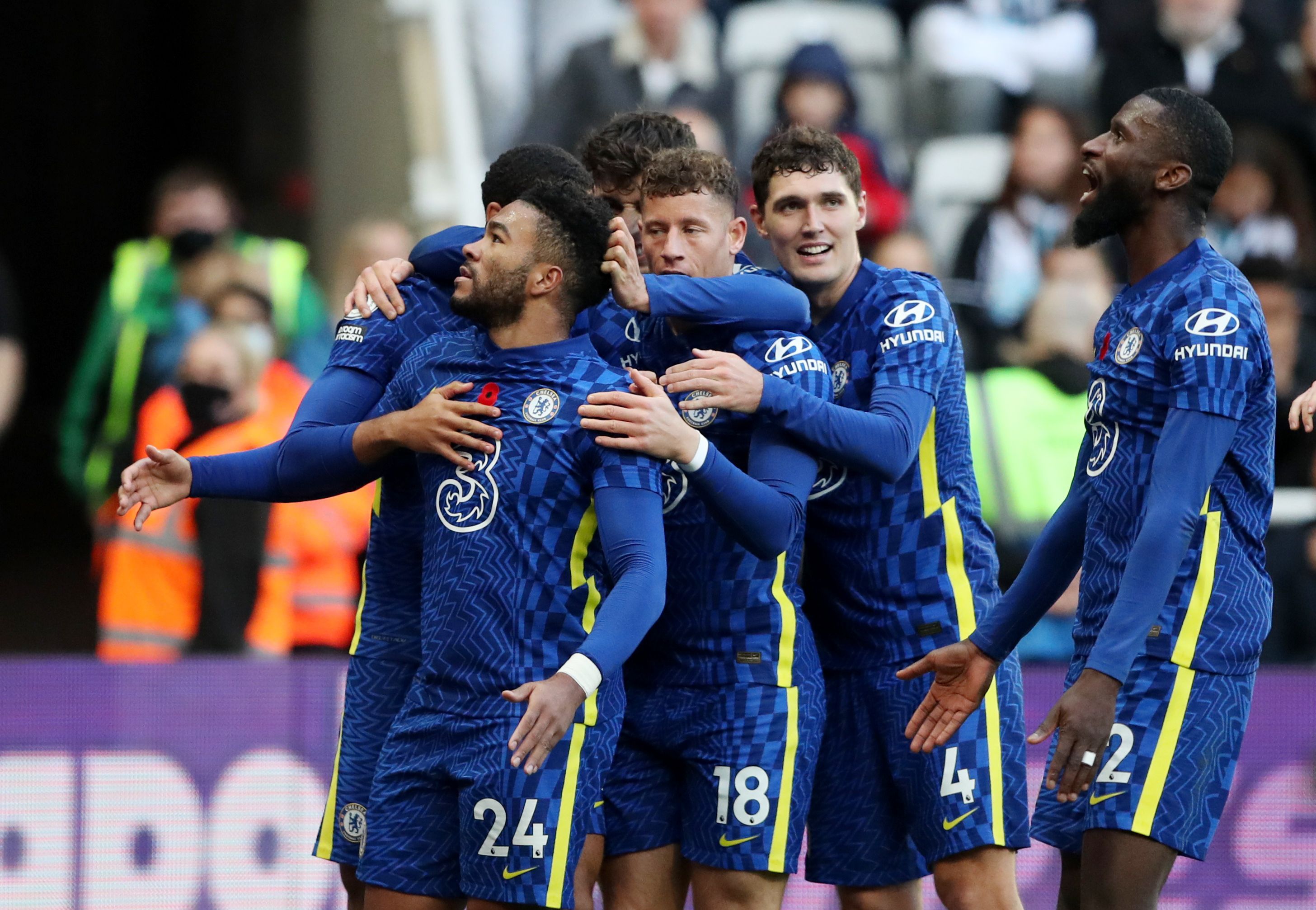 A plucky, and lucky, point at Palace last week may have raised hopes of a step in the right direction. This was more realistic evidence of where they actually are.

Deep, deep in a relegation scrap. On the weekend the clocks went back, so, too, did Newcastle’s hopes of survival.

Yet really, this is a match when James deserves all the focus, all the praise, and – had his team-mates shown a little more heart – even the matchball as well.

Mind you, a hat-trick really would have been taking the biscuit, for all Chelsea’s performance did deserve at least three goals.

As it was, that’s what they had to conten t themselves with…and the first two from the deadly James. At least that’s surely what they’ll be calling him after this.

The first game when Callum Hudson-Odoi danced his way to the byline and stood up a cross which Ciaran Clark must have thought he’d flicked to safety by rising highest. Some chance.

For it fell to the lurking James beyond the far post, who stepped back inside and unleashed a left foot exocet into the top corner.

Strike one and, given the lack of threat at the other end – in the other half to be strictly correct – game over. 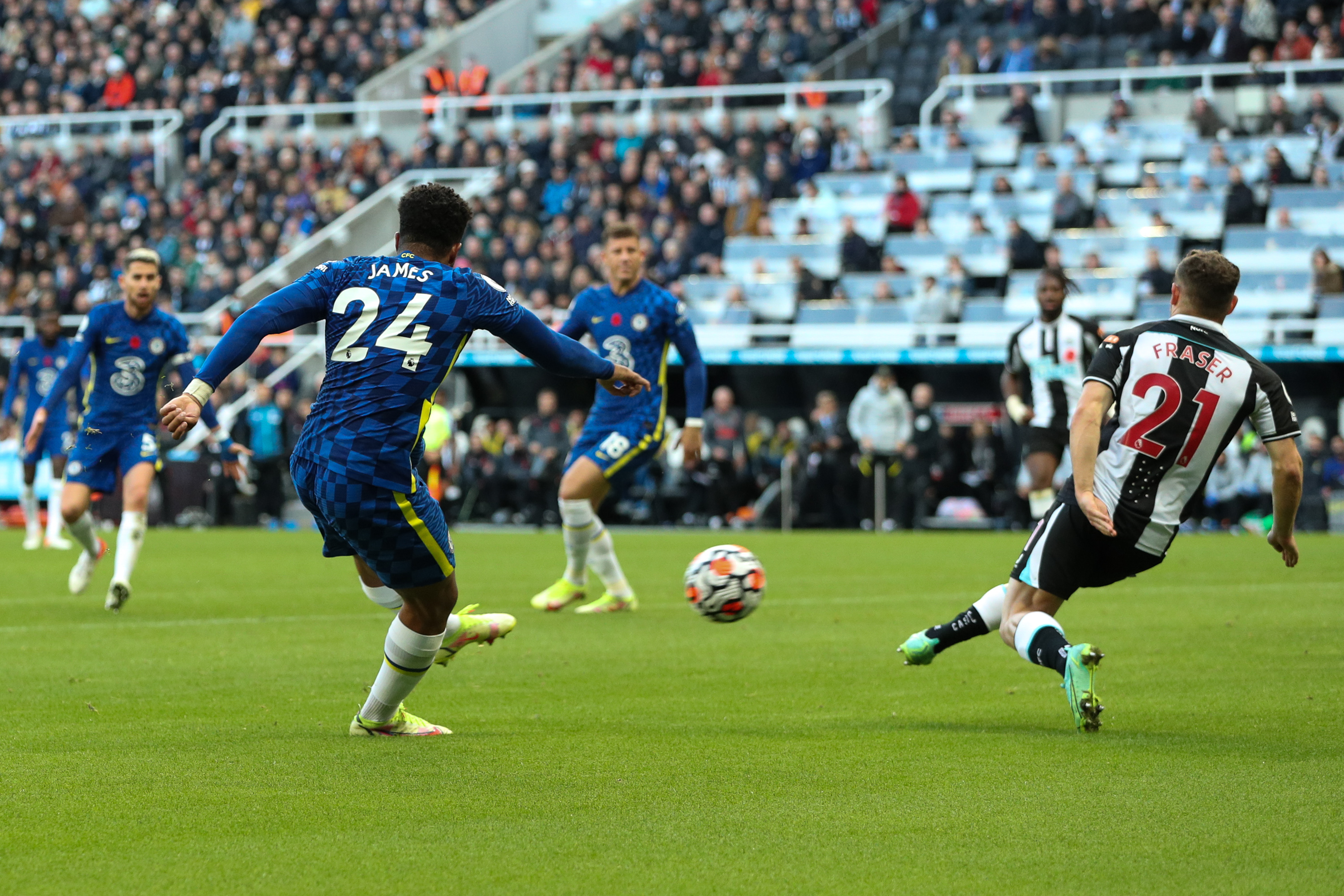 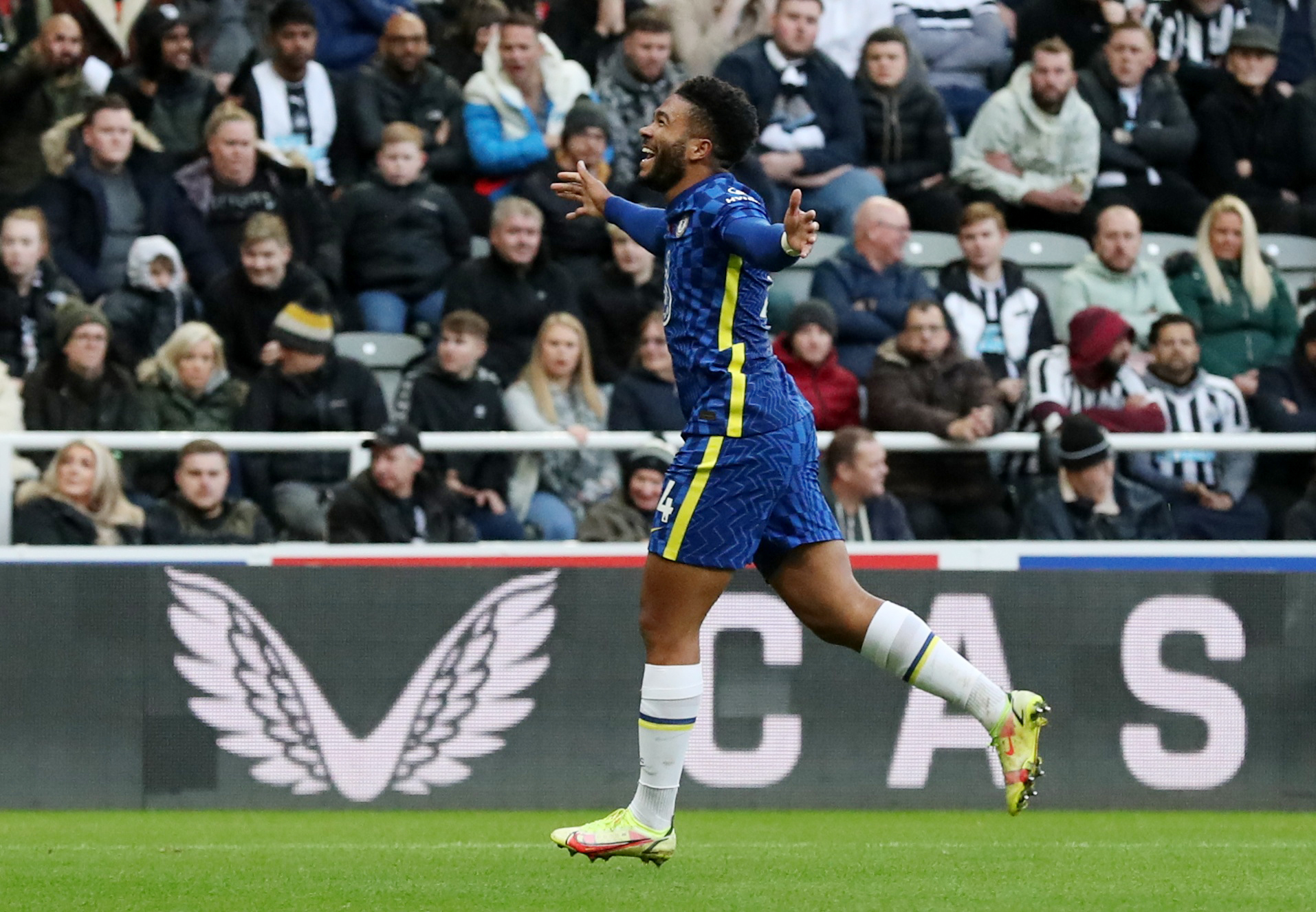 Yet if any faint doubt over the outcome was finished, Chelsea certainly weren’t. England wing back James in particular.

And ten minutes after his opener, he produced another strike that made his first look like a soft-footed tap-in.

Kai Havertz – what an elegant, graceful player he continues to be, by the way – glided his way forward.

Twice substitute Ruben Loftus-Cheek was involved, and when it fell to James 22 yards out, his devastating shot nearly took keeper Karl Darlow’s eyebrows off, it was that hard.

Still time, though, for another, nine minutes from time, as Chelsea threatened to blow the Toon to shreds.

Havertz again strode through a by-now static backline, and skipper past Darlow, only for the keeper to whip his legs away,.

Paul Tierney pointed to the spot and James loitered expectantly, with the away fans chanting his name in the hope of seeing him bag a treble.

Cue a chorus of boos, then, when Jorginho shook his head, grabbed the ball and stepped up. We should have expect it – after all it isn’t the first time in recent months that an Italian has ruined a feelgood story. 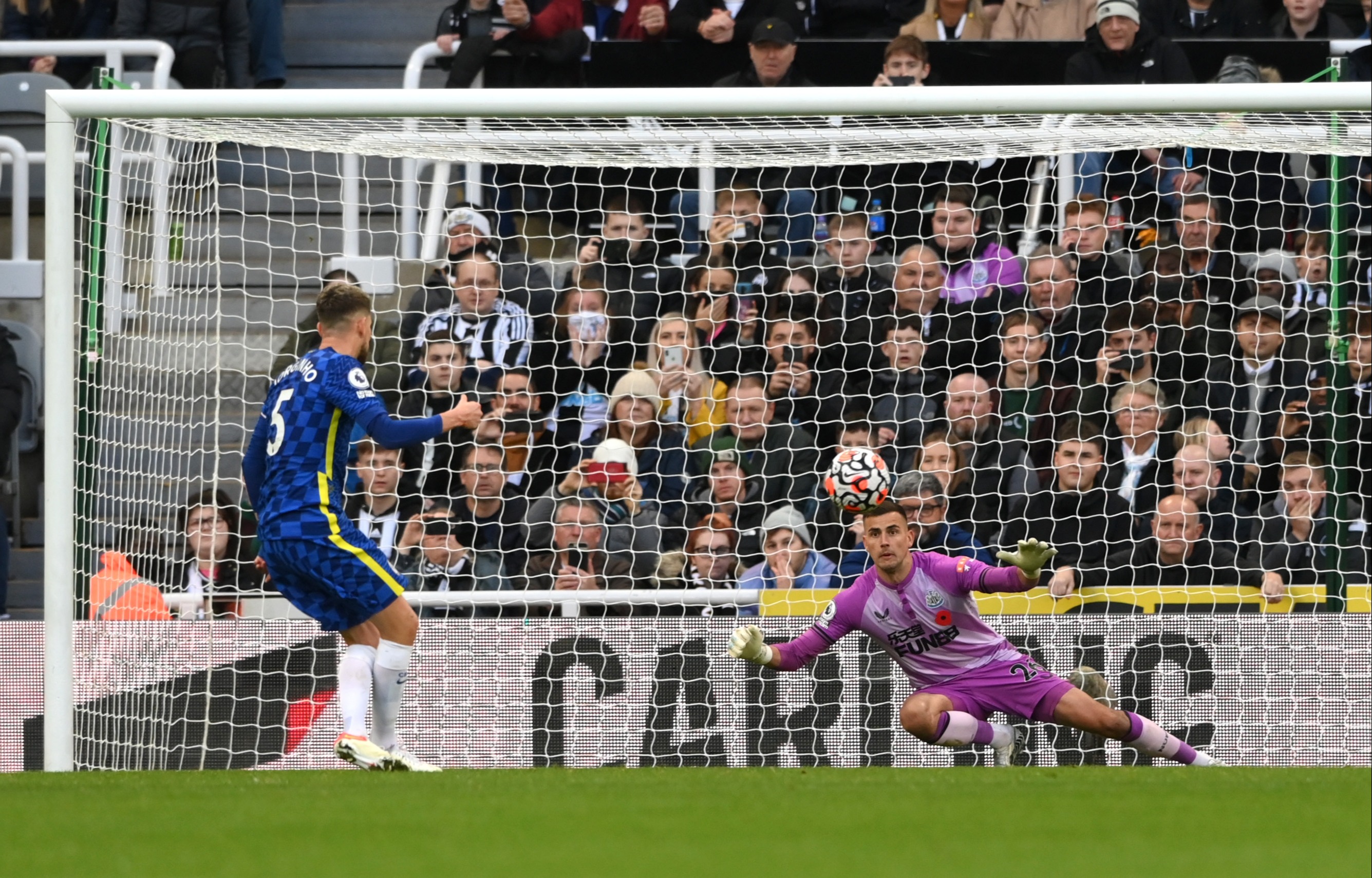 Jorginho’s penalty made in 3-0Credit: Getty 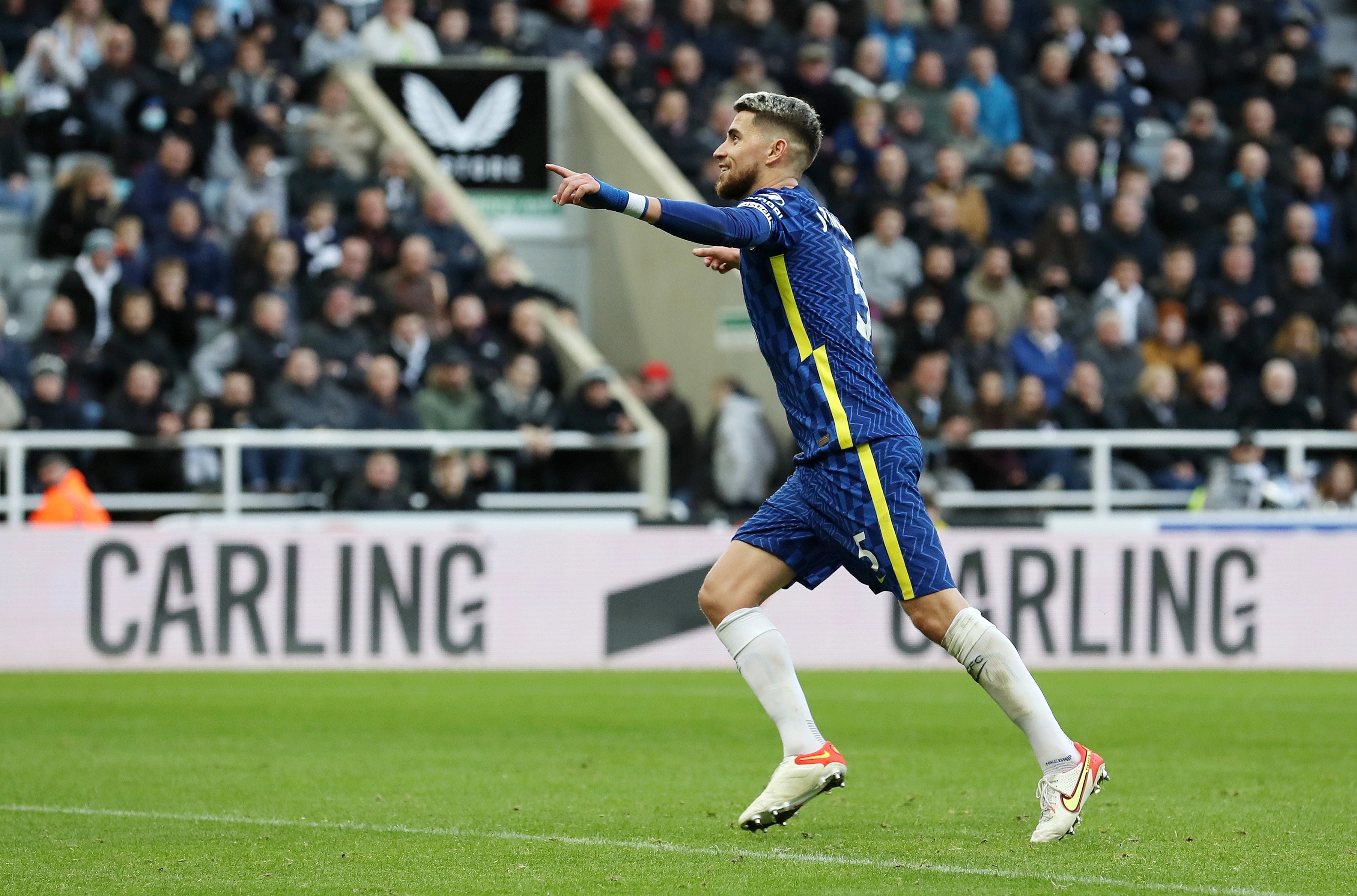 Mind you, at least this one had a happy end for the Blues fans, as he clipped the finish almost arrogantly into the net and gave the scoreline a more genuine look about it.

Nothing to argue about with the scoreline then. The exact oppsite to Newcastle, with players – particularly Allan Saint-Maximin, Callum Wilson, Matt Ritchie at various stages arguing with each other yesterday.

The only thing they could really debate was how they possibly expected to hang on against a team of would-be title winners, in effectively a game of attack versus defence.

Hakim Ziyech blew one golden chance to open the scoring, and was unlucky with another that deflected off Jamaal Lascelles and came back off a post.

Chelsea had as much of the ball as they liked and for all the Toon’s grit and determination, there was nothing to suggest there is a lot more to get excited about.

Still, you never know, at this rate they might actually get their wish of challenging for silverware far sooner than they could have imagined.

After all, there will be few better teams in the Championship.