ALEXIS SANCHEZ cost Manchester United £20million per Premier League goal and £28,800 per touch thanks to his ridiculous £505,000-a-week deal.

Yet the Chilean forward finally made his mark in the north-west of England last night but for all the wrong reasons – and Liverpool fans were laughing their heads off.

Alexis Sanchez was sent-off as Inter were dumped out of the Champions League by LiverpoolCredit: Rex 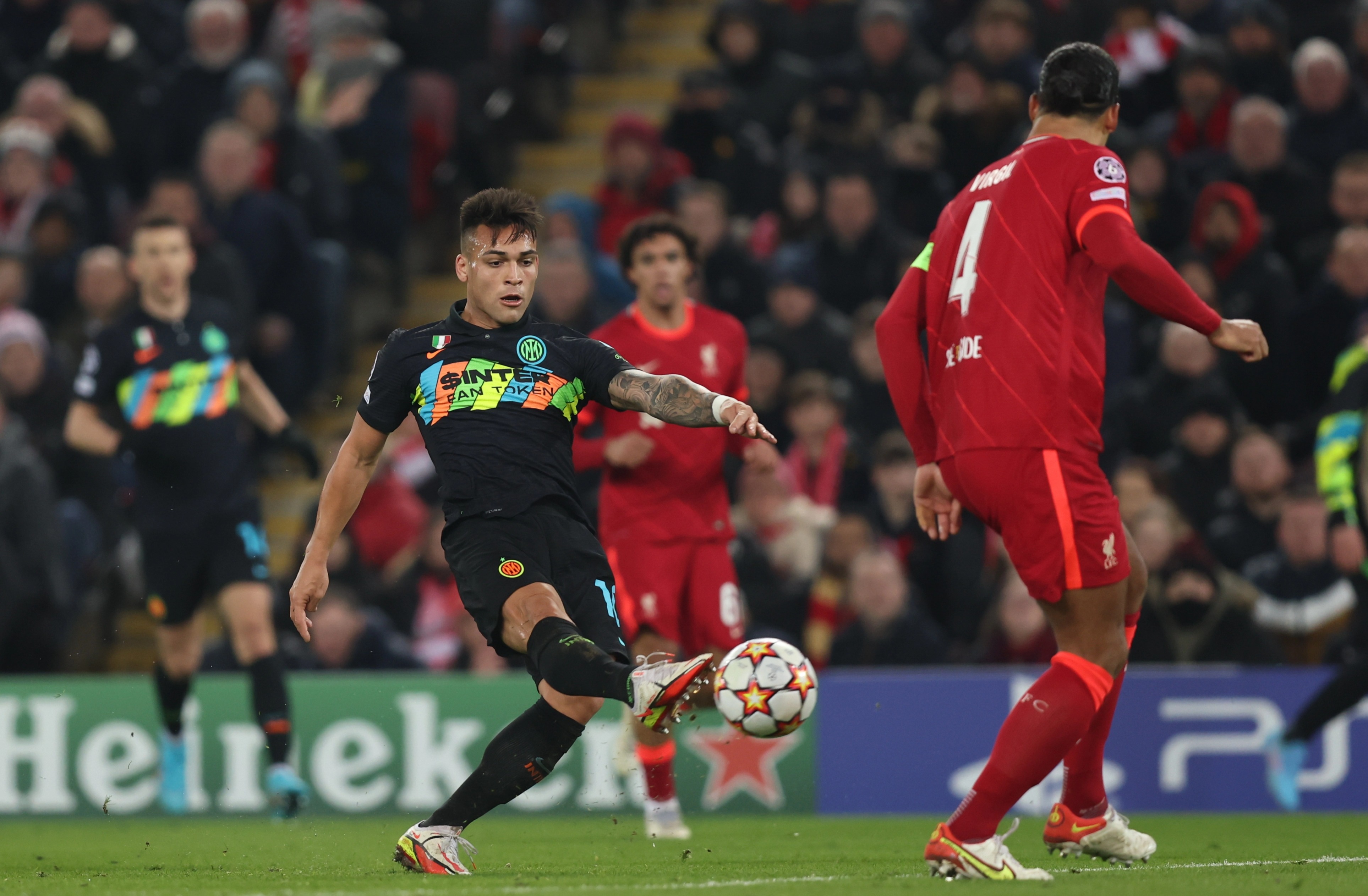 Lautaro Martinez had set-up a nervy finish with a stunning strikeCredit: Getty

Utterly hopeless in his spell at Old Trafford after joining from Arsenal in 2018, Sanchez helped usher Jurgen Klopp’s team into the last eight of the Champions League.

Just when Inter Milan had dragged their way into this tie, just when Lautaro Martinez finally got the better of Virgil van Dik with a cracker of a goal, Sanchez got sent off for a second yellow just two minutes later.

Booed with every touch at Anfield until then, the 33-year-old – who had been playing so well – could have few complaints after catching Fabinho with a late tackle.

Particularly as he was lucky to avoid a red for a nasty studs-up challenge on Thiago Alcantara.

And in an instant, Inter’s hopes of realistically pushing Liverpool all the way had disappeared.

Liverpool deserve their place in the last eight in what was an undoubtedly nasty draw.

They ambushed Inter in Italy despite not playing their best and again on Merseyside, were forced to work hard.

Equally, they hit the woodwork on three occasions and while they failed to manage a 13th successive win, it did not really matter.

When the draw is made, those hoping to reach the final in Paris will want to avoid Liverpool.

They were winners in 2019 before being knocked out by Atletico Madrid in this stage two years ago. They lost to Real Madrid behind closed doors in the quarter-final last year.

But due to the fact they have now played together for so long – and the recruitment continues to be impressive – this team has never looked so comfortable on the European stage.

Inter, led by the impressive veteran Arturo Vidal, are no mugs.

The reigning Serie A champions, playing in the last 16 for a decade, started off brightly and caused a few problems.

Yet Apart from a harmless shot at Alisson from Denzel Dumfries, a Dutch team-mate of Virgil van Dijk, Inter struggled to really threaten in the first half.

Play was stopped for three minutes as medical staff rushed to the aid of a supporter in the Kop. 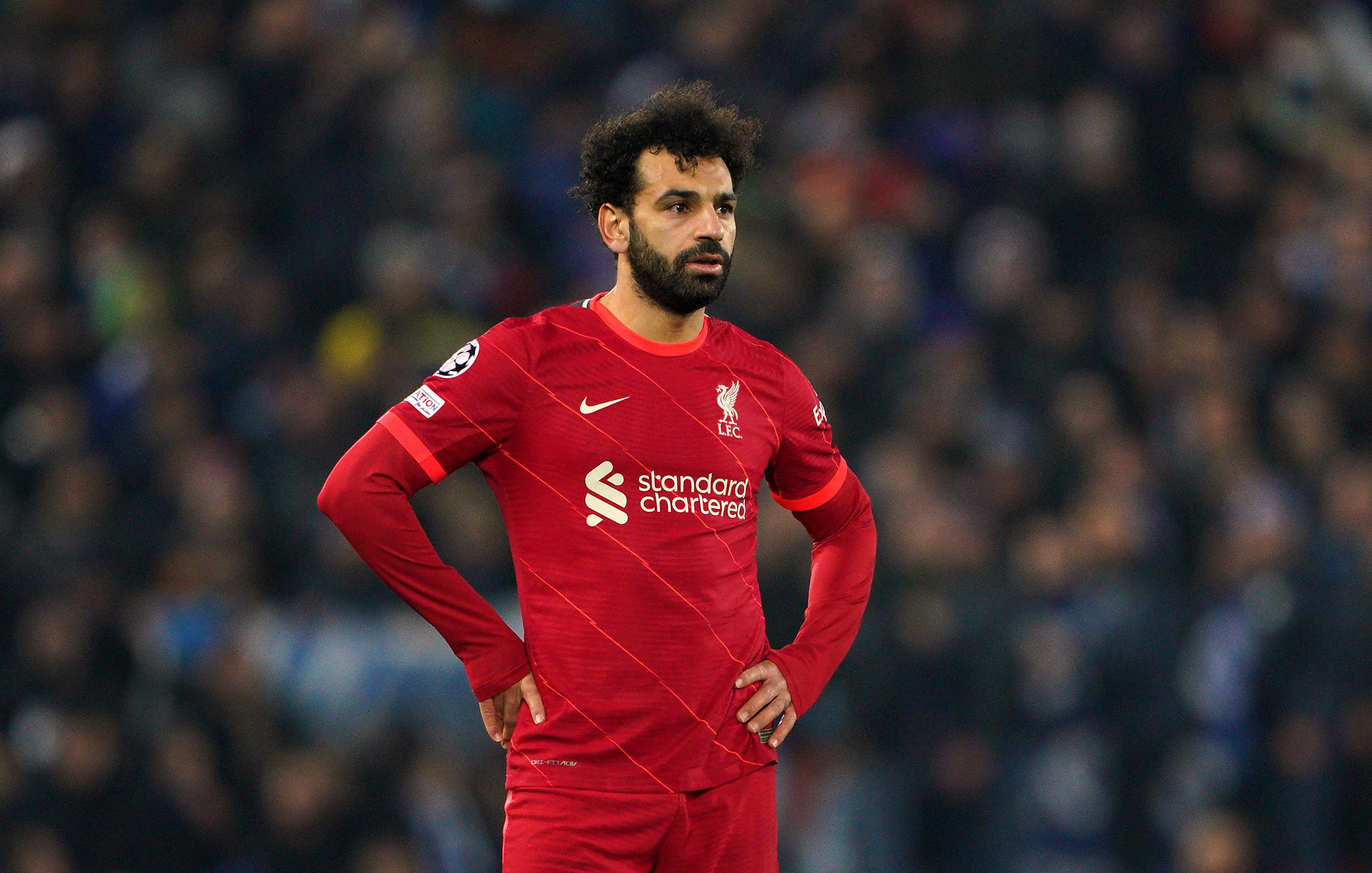 Mo Salah was denied by the woodwork but the Reds still squeezed through into the last-eightCredit: PA

From the England defender’s free-kick, Joel Matip’s header thumped against the bar.

And then from Alexander-Arnold’s corner, van Dijk thought he had scored but Milan Skriniar somehow managed to stick his head in the way and directed the effort for a corner.

It was brilliant, last-ditch defending and van Dijk put a hand over his mouth in shock as he was certain the close-range header would be keeper Samir Handanovic.

The only save of any significance in the opening 45 minutes came from Alisso when he showed terrific reactions to push away a well-struck free-kick by Hakan Calhanoglu. 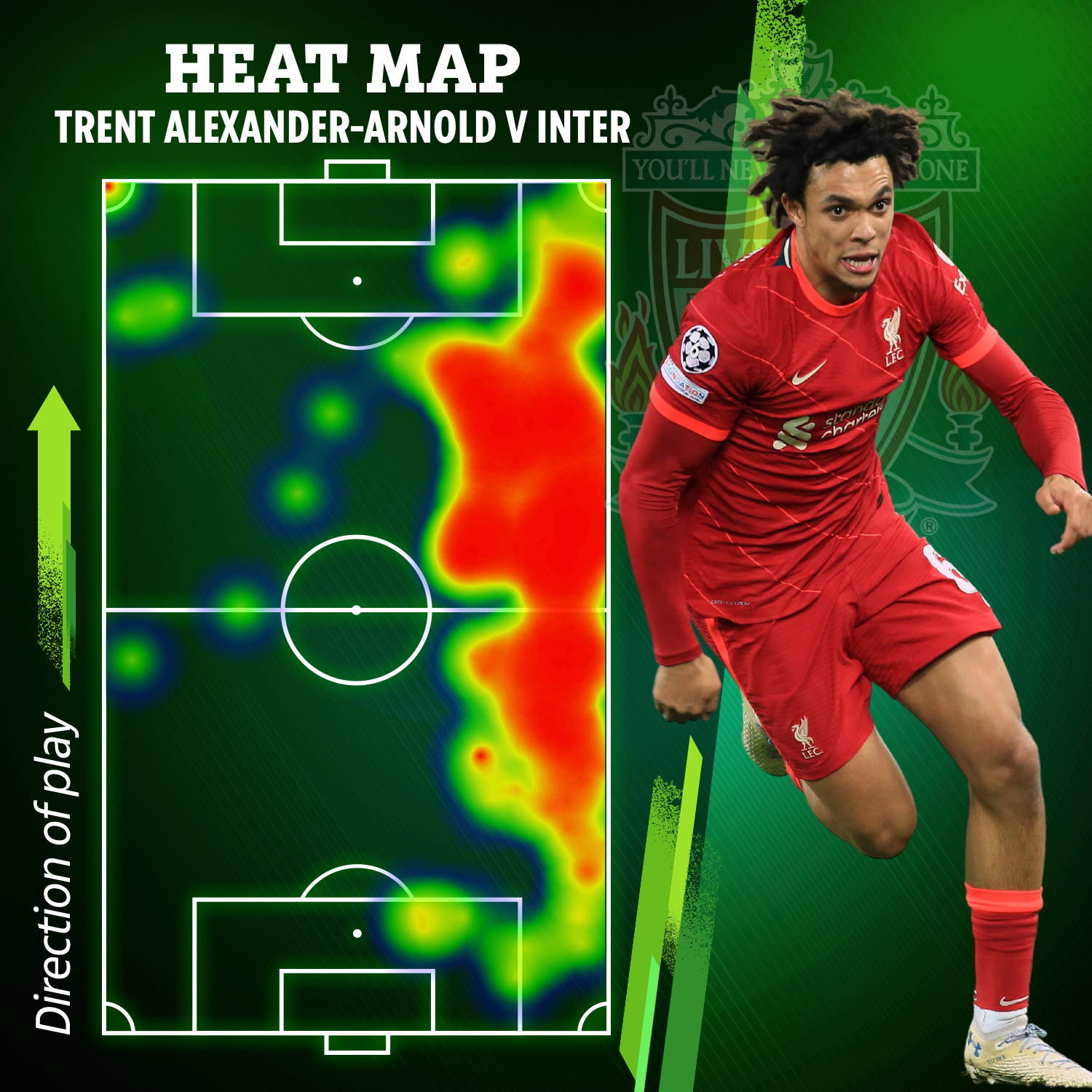 The last kick of the first half was a free-kick from Alexander-Arnold which curled away from the goal.

After starting the second half brightly, you would have put a fair amount of cash on Mo Salah opening the scoring with the goal at his mercy.

Keeper Handanovic was on all fours after rushing off his line to get to the ball before Diogo Jota. Yet Salah failed to get a proper connection and to the relief of Inter’s place, it struck the base of the post.

Martinez, who had been given no room at all by van Dijk, finally had his first clear chance over both legs but his shot was deflected off Andy Robertson for a corner.

Yet Inter made a game of it with Martinez finally getting the better of van Dijk. 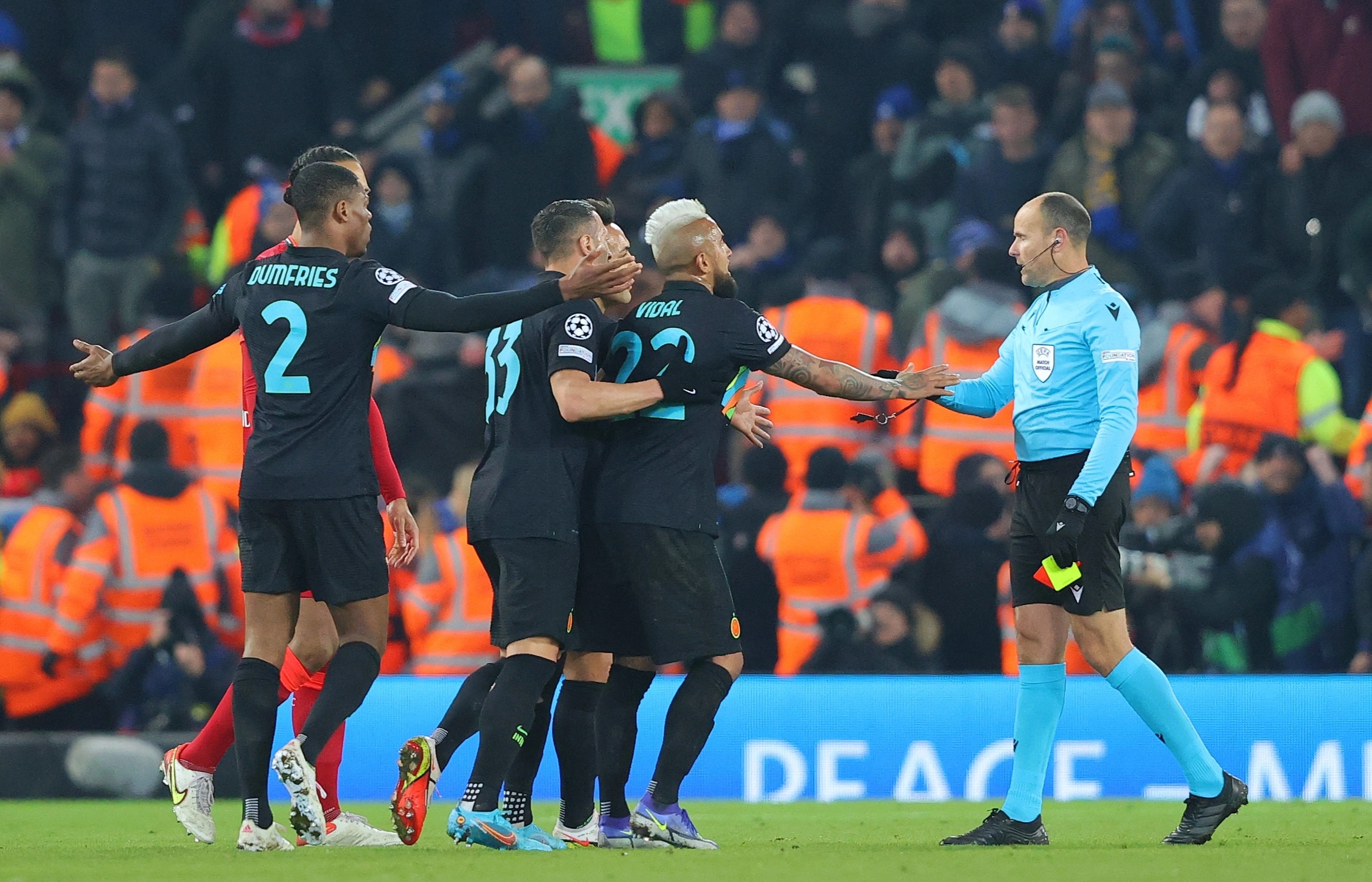 Alexis Sanchez and his Inter team-mates were furious over his sending offCredit: Getty

He let the ball run across to his right foot, van Dijk stood off and Martinez unleashed a fearsome finish into the top right-hand corner.

Yet unbelievably, just as Inter dragged his way back into the game, Sanchez, who cost United a staggering £60m in wages in total, lost the plot and got his second booking for a challenge on Fabinho.

In an instant, he knew the mistake he had made and the confidence quickly drained away from his team.

Salah hit the other post with a half volley and sub Luis Diaz was denied with a stunning block by Vidal.

So, after seven successive Champions League victories, Liverpool tasted defeat but on another night, they would have won 4-1.

A rare defeat in Europe at Anfield but Liverpool are still dreaming of European title No 7. And the quadruple is still on.