LEWIS HAMILTON has the advantage over Max Verstappen heading into the final three races of the season, according to Red Bull chief Helmut Marko.

The seven-time champion reignited his hopes of a record-breaking eighth drivers’ title with a sensational victory at the Brazilian Grand Prix on Sunday as he recovered from 10th to take his sixth win of 2021.

Hamilton produced one of his greatest ever drives to win in Brazil on SundayCredit: Getty 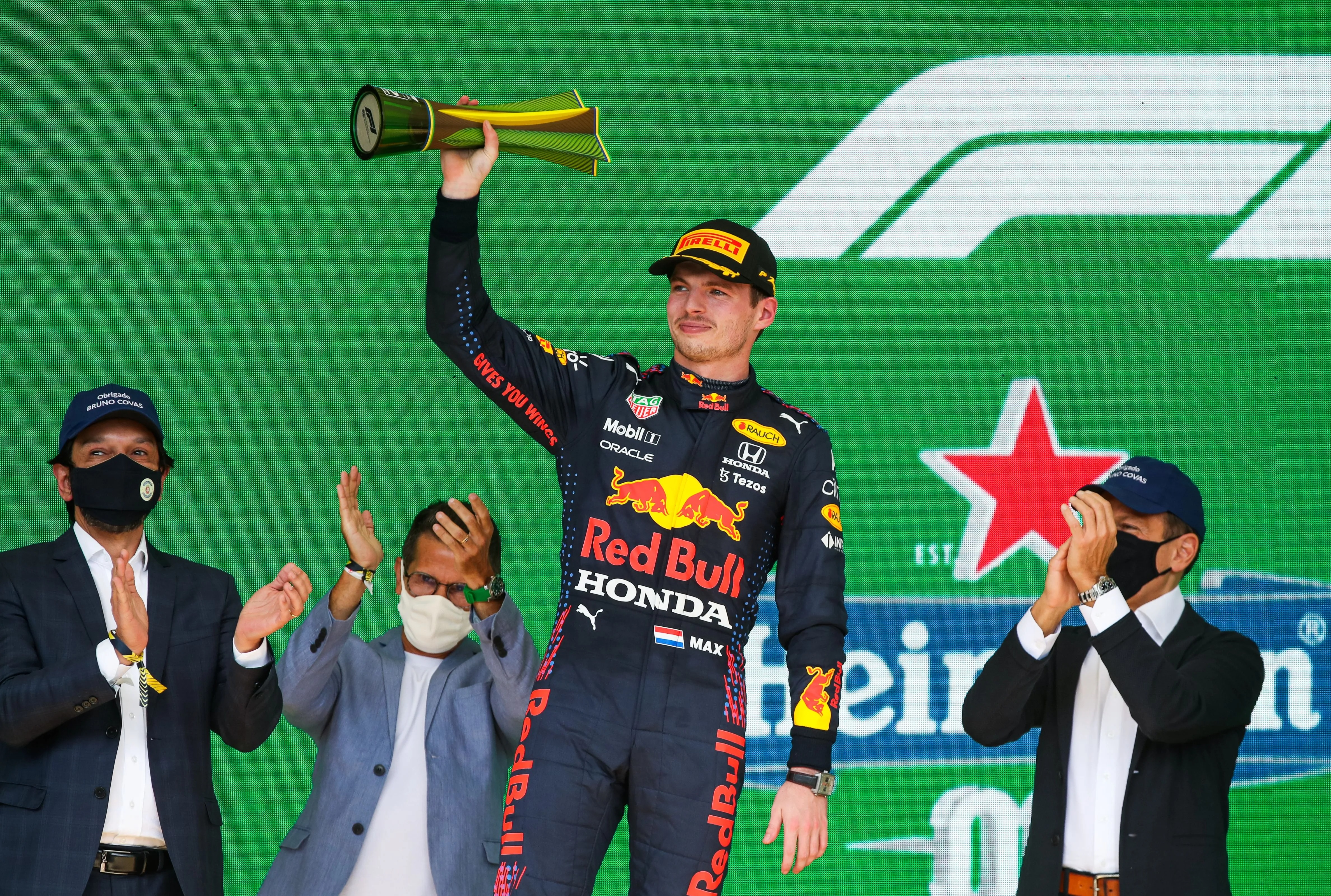 Verstappen still leads the championship but Red Bull fear they will be caught by MercedesCredit: Rex

And Marko, who is the head of Red Bull’s driver development programme, believes Mercedes now have the upper hand heading into the final few races.

Speaking to AMuS, he said: “There were not two rockets, but one.

“Only the Hamilton [car] has such an unbelievable surplus on the straights.

“Despite the lead, I see us at a disadvantage if Hamilton maintains this engine advantage.”

With three races remaining in the calendar, 78 points remain up for grabs for the drivers – 25 for a win plus the additional point for the fastest lap.

Hamilton will win the championship if he wins all three.

In fact, if the Brit takes the chequered flag ahead of Verstappen in Qatar and Saudi Arabia – and they split the two fastest lap points – the title rivals could be absolutely level on 368.5 points with one race to go.

Should Verstappen win in Qatar, though, he would be 21 points clear with two races to go and therefore finishing second behind Hamilton in both would be enough.

Should the pair finish level on points at the end of the season, the championship will be decided on race wins.

In which case Verstappen, who leads 9 victories to 6, would be crowned world champion.