REBECCA WELCH revealed players ‘chewed her ear off’ when she made ref history earlier this month.

She became the first woman to officiate an EFL match from the start in the League Two clash between Harrogate and Port Vale. 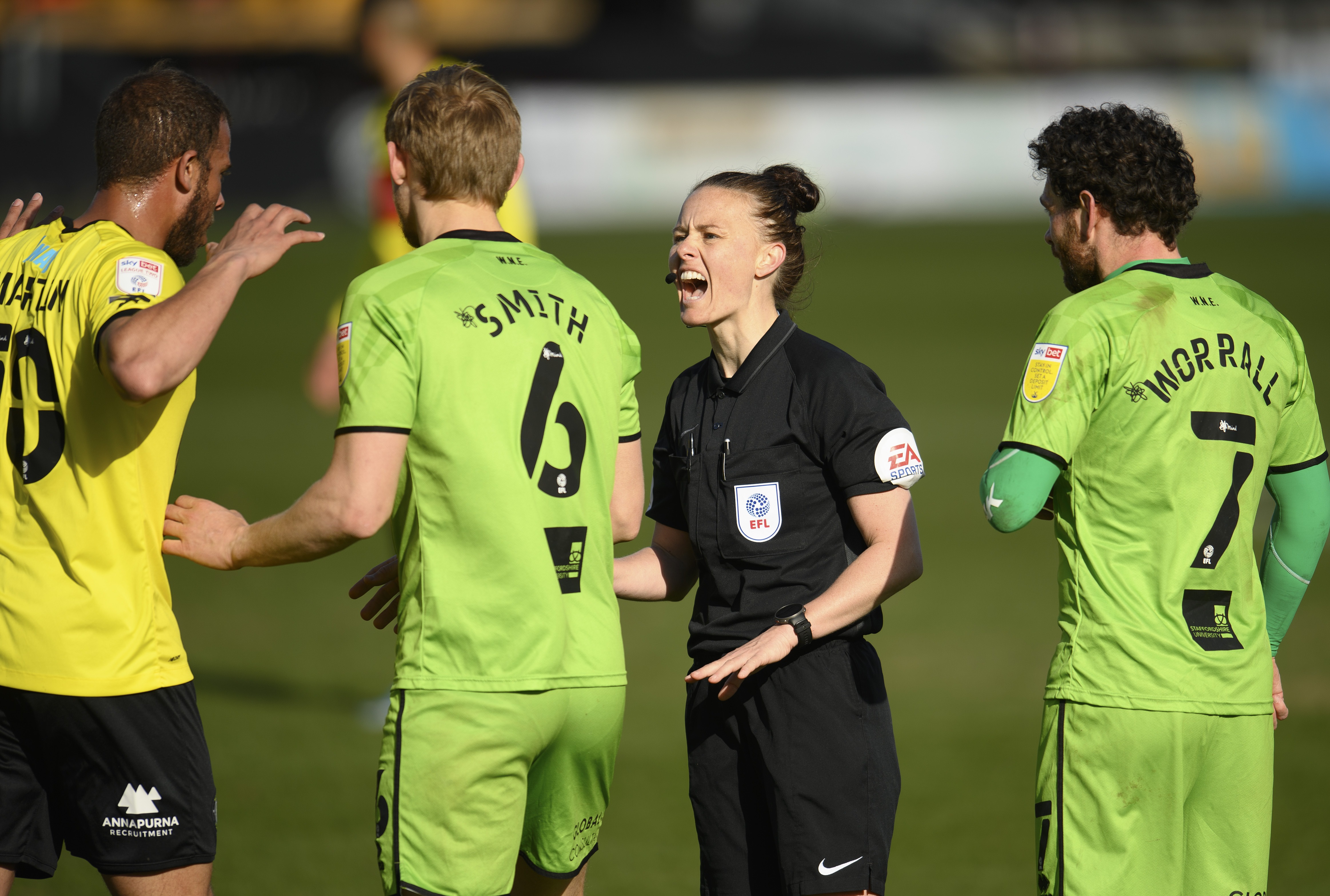 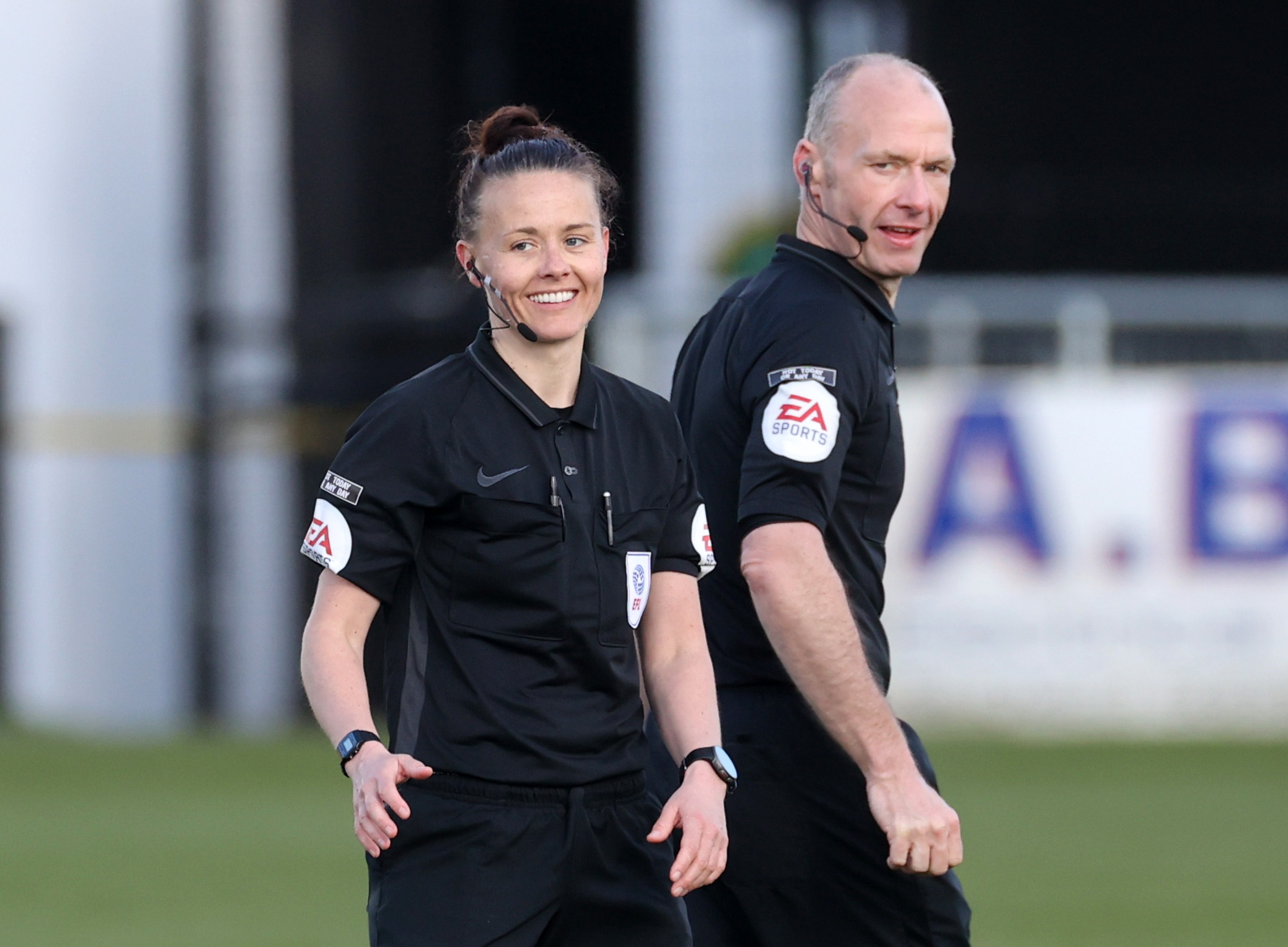 She became the first woman to officiate an EFL match from the start in the League TwoCredit: Reuters

And despite the constant clicking of cameras to capture the momentous day, she was delighted when the players started giving her grief.

Welch, 37, said: “The players didn’t treat me any differently – they were still chewing my ear off as they went past.

“That was nice because I was a bit afraid of them not being like that.

“You need that and when I got it I felt normal and that I could just referee the game.

“I was sick of hearing the camera clicking, but it’s the nature of the beast.

“People say it went really well but, for me, it was just a normal game.”

A whirlwind week has left the Washington, County Durham-born whistler’s mum asking why she isn’t on the telly anymore.

Speaking in a Q&A in aid of North East mental health charity If U Care Share, Welch added: “In 50 years I’ll be in the history books – it’s really nice but, yeah, it’s a game of football.

“But I understand the bigger picture that it’s not about one game, it’s about inspiring the next generation to come through.

“The next step is definitely the Football League (permanently).”