The Hoops midfielder was withdrawn after an hour as he made his last derby appearance before his summer switch to Aberdeen. 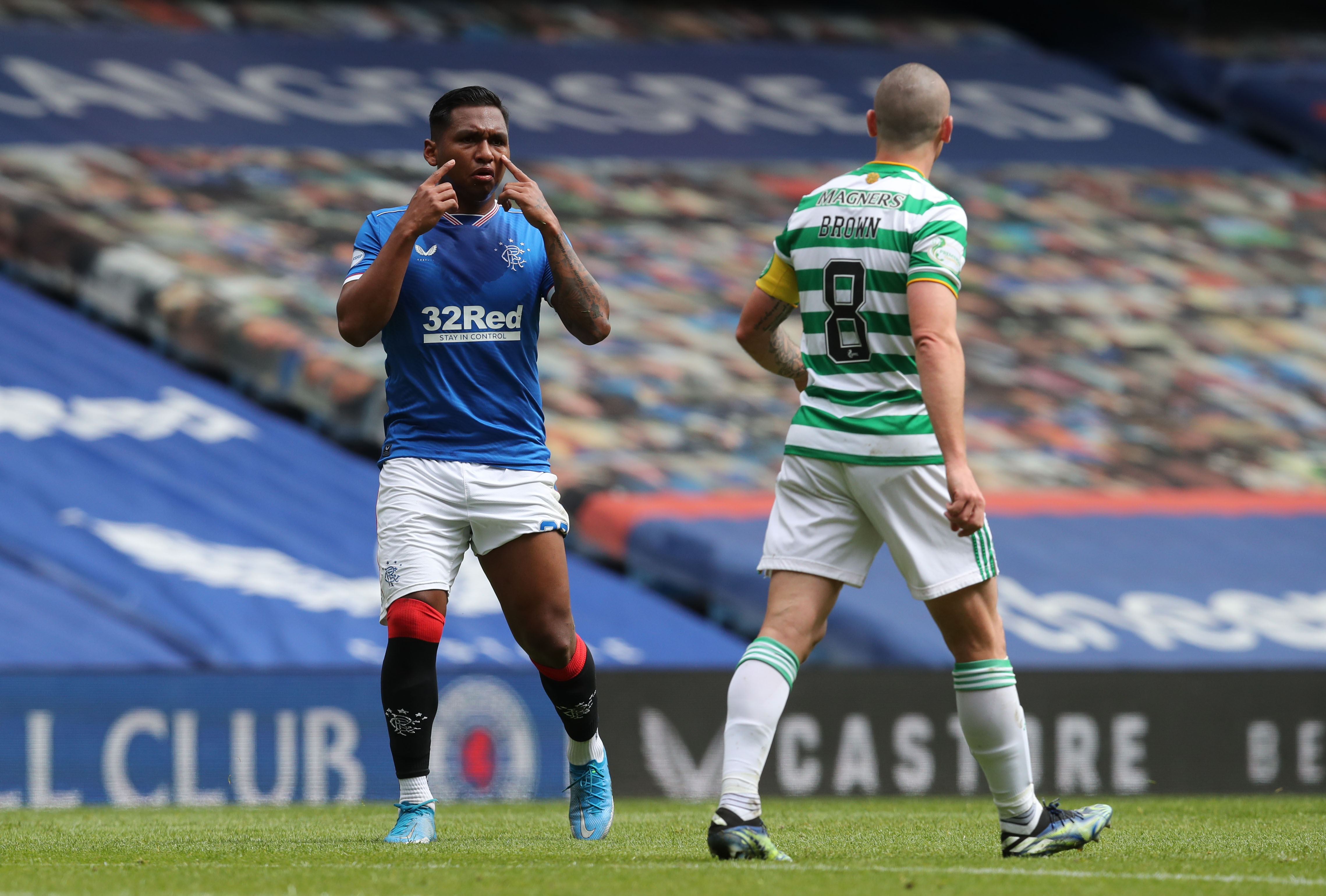 Morelos scored a stunning goal for the Light Blues as he grabbed his second derby goal of the season.

The Colombian hitman nutmegged the veteran midfielder before cutting inside and smashing the ball beyond Scott Bain.

The duo are never quiet on the pitch and had their usual niggle at each other during the Ibrox clash.

Pictures show the pair exchanging words while another catches Morelos reacting towards the midfielder as he pointed towards his eyes. 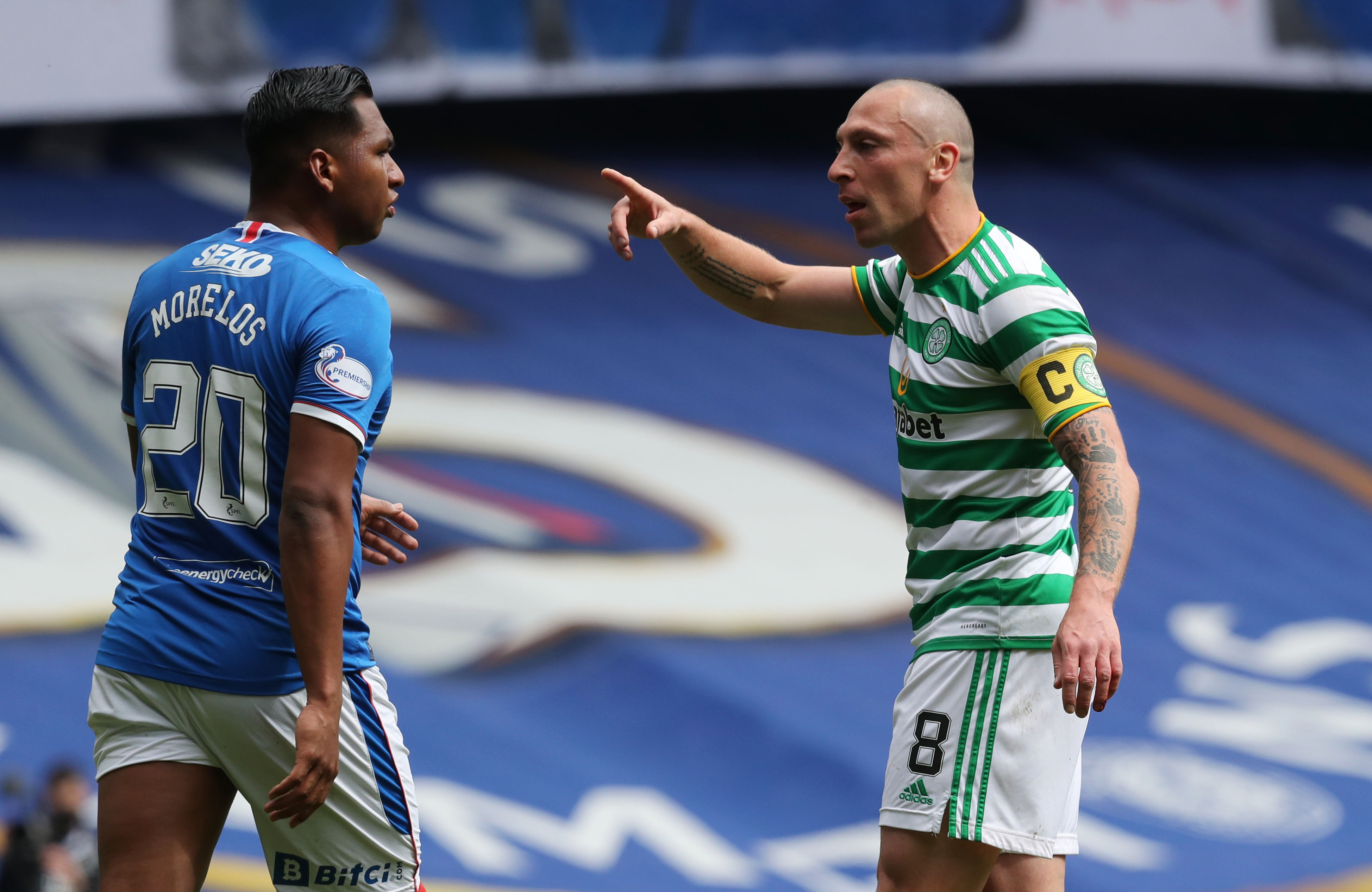 It will be a moment the veteran midfielder will want to forget as the curtain comes down on his Old Firm and Celtic career.

John Kennedy and Co have failed to defeat Rangers in FIVE matches this season with the newly crowned Premiership champions winning four and drawing the other. 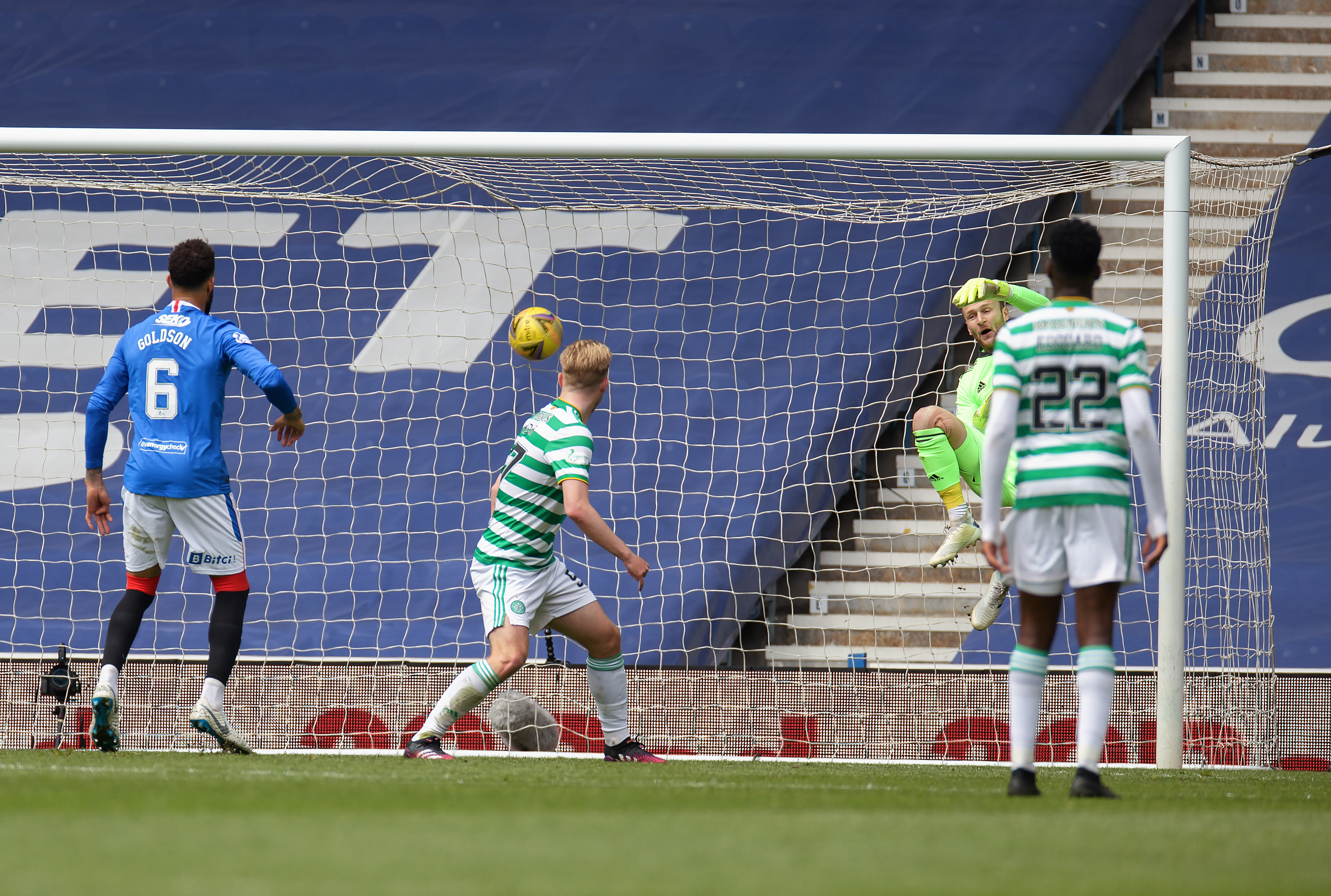 Morelos smashed home a stunner for Rangers after nutmegging Brown in big win over CelticCredit: The Sun

As a result, Rangers go through the season unbeaten against their Glasgow rivals and now move to within TWO games of completing an Invincibles league campaign.

A Kemar Roofe double, and strikes from Morelos and Jermain Defoe secured a stunning 4-1 win for Gerrard’s men at Ibrox this afternoon.

Celtic midfielder Callum McGregor was sent off early in the first-half after picking up two yellow cards.

For Brown, it turned out to be a disappointing final derby match with his last outing at Parkhead as a Celtic player coming up next midweek against St Johnstone before a final day clash at former club Hibs at Easter Road.