THE gloves are off in the title battle.

But Steven Gerrard can’t understand why Alfredo Morelos’ mittens were thrown off when he was subbed. 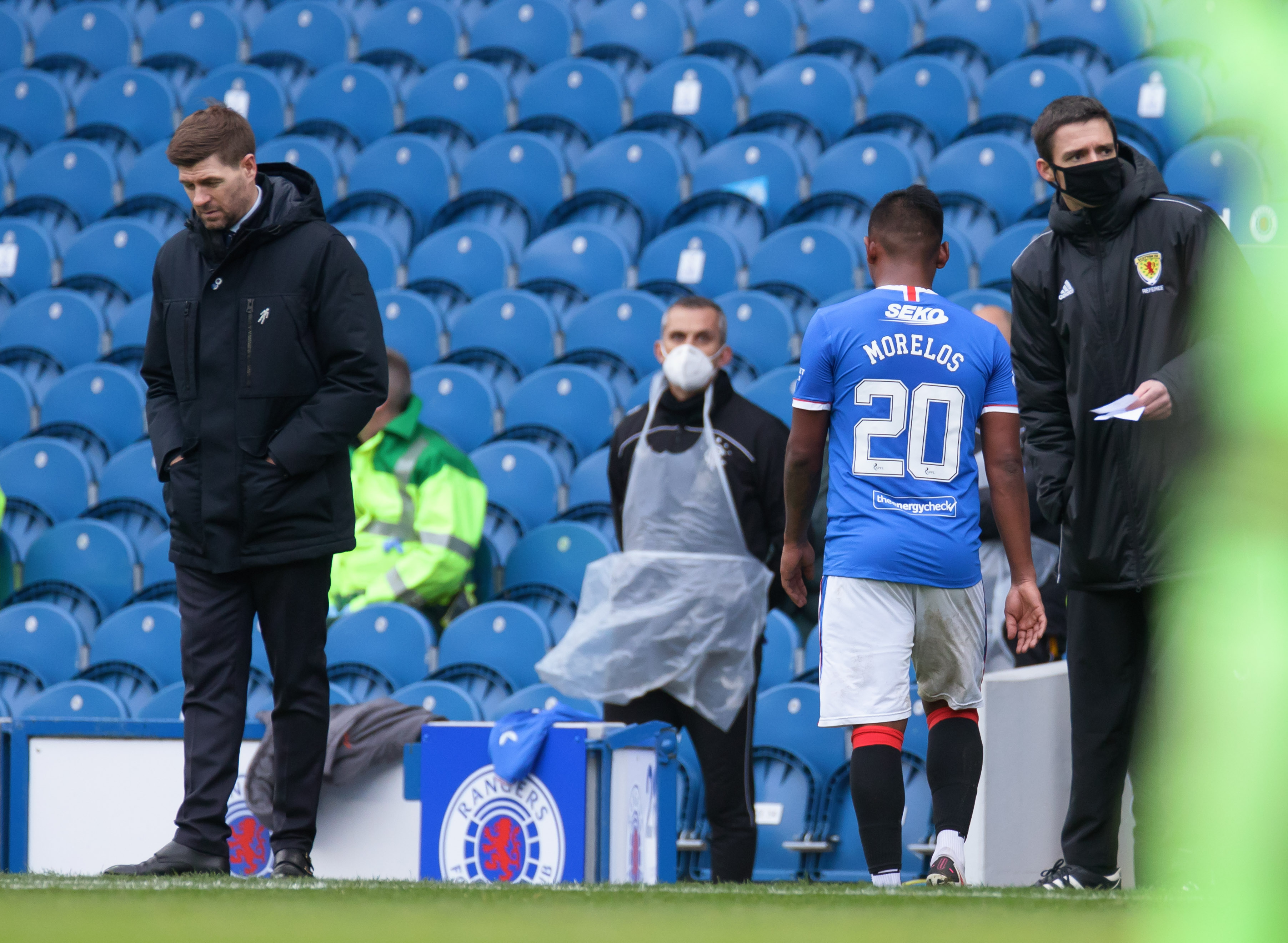 Morelos was substituted midway through the second halfCredit: Willie Vass – The Sun

The Ibrox side were 4-0 up and cruising when the Rangers boss decided to give his striker a break on 65 minutes.

Morelos had returned from international duty with Colombia just a few days earlier.

He’d played the final 30 minutes of a 3-0 defeat at home to Uruguay then sat on the bench in Ecuador as the hosts won 6-1.

But back at Rangers things were still on the up. 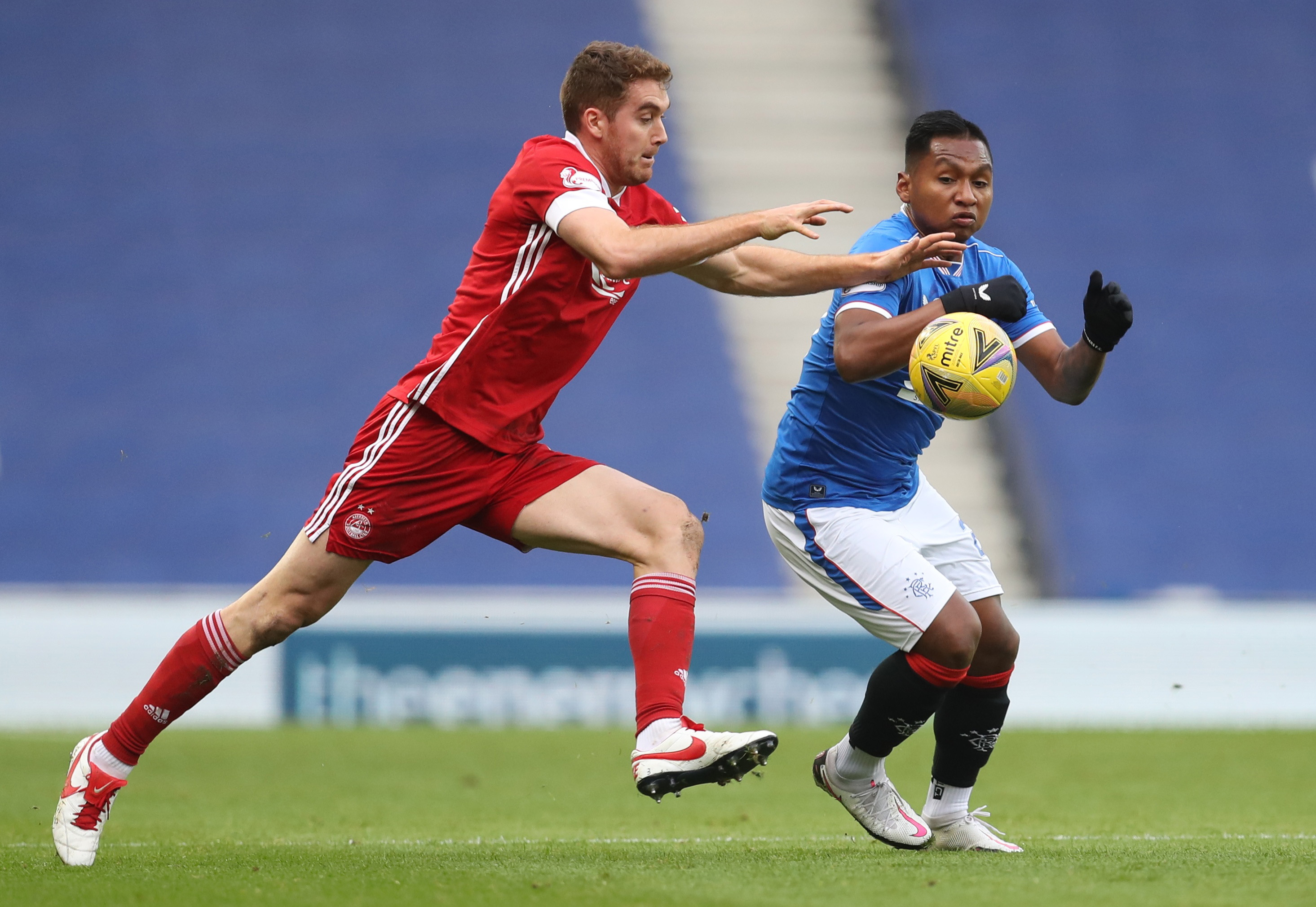 Morelos hasn’t scored in the league since September 20 but this victory was sending Gers 11 points clear at the top with a goal difference 17 better than Celtic.

So Gerrard didn’t expect the hissy-fit when he was replaced by Jermain Defoe just after the hour mark.

“His teammate is about to come on. We’ve got a big game on Thursday. I don’t know.

“You’ll have to ask Alfredo why he was a bit sad. I was really happy.”

While Morelos didn’t get a goal, his movement helped drag Dons players out of position to create the space which Gers’ midfielders running behind him could exploit.

He also linked well with Roofe, who started out on the right with Kent cutting inside off the other flank.

Kent got the ball rolling on 15 minutes when his shot from 30 yards deflected off Tommie Hoban’s head and past Joe Lewis in the Dons’ goal.

Roofe then made is 2-0 when he was allowed to slalom into the box and finish.

Arfield’s shot on 49 minutes then ricocheted off Shay Logan and in for Gers’ third. 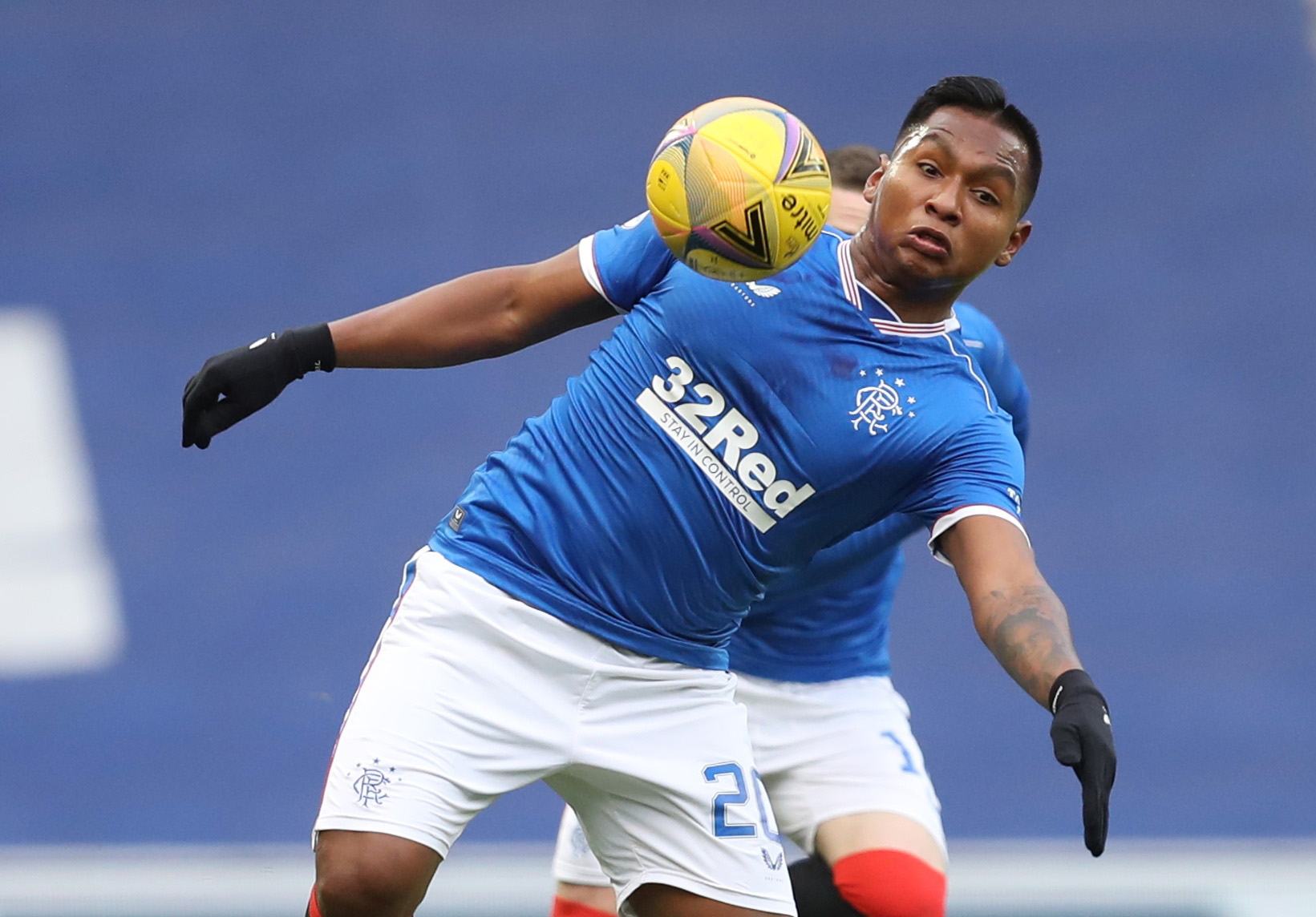 Then after Andy Considine pulled down Leon Balogun, Tavernier kept his cool from the spot yet again to net his ninth penalty and 13th goal of the season.

Gerrard said: “All the players are important but I was really interested to see the relationship between Alfredo and Kemar.

“I wanted to see how they played together. We saw it a few weeks ago with Jermain Defoe and Kemar, their understanding and relationship.

“It’s important that Alfredo gets that relationship with Kemar as well.

“It’s very difficult to play against because they can come short or go in behind, or come off the side as well. We have No8s who can go beyond them.

“We want to give opposition teams as many problems as we can. At times in the past we have come unstuck by maybe playing in front of teams too much, being a little bit predictable and maybe not having enough answers.

“I’m really pleased with how we are looking now.” 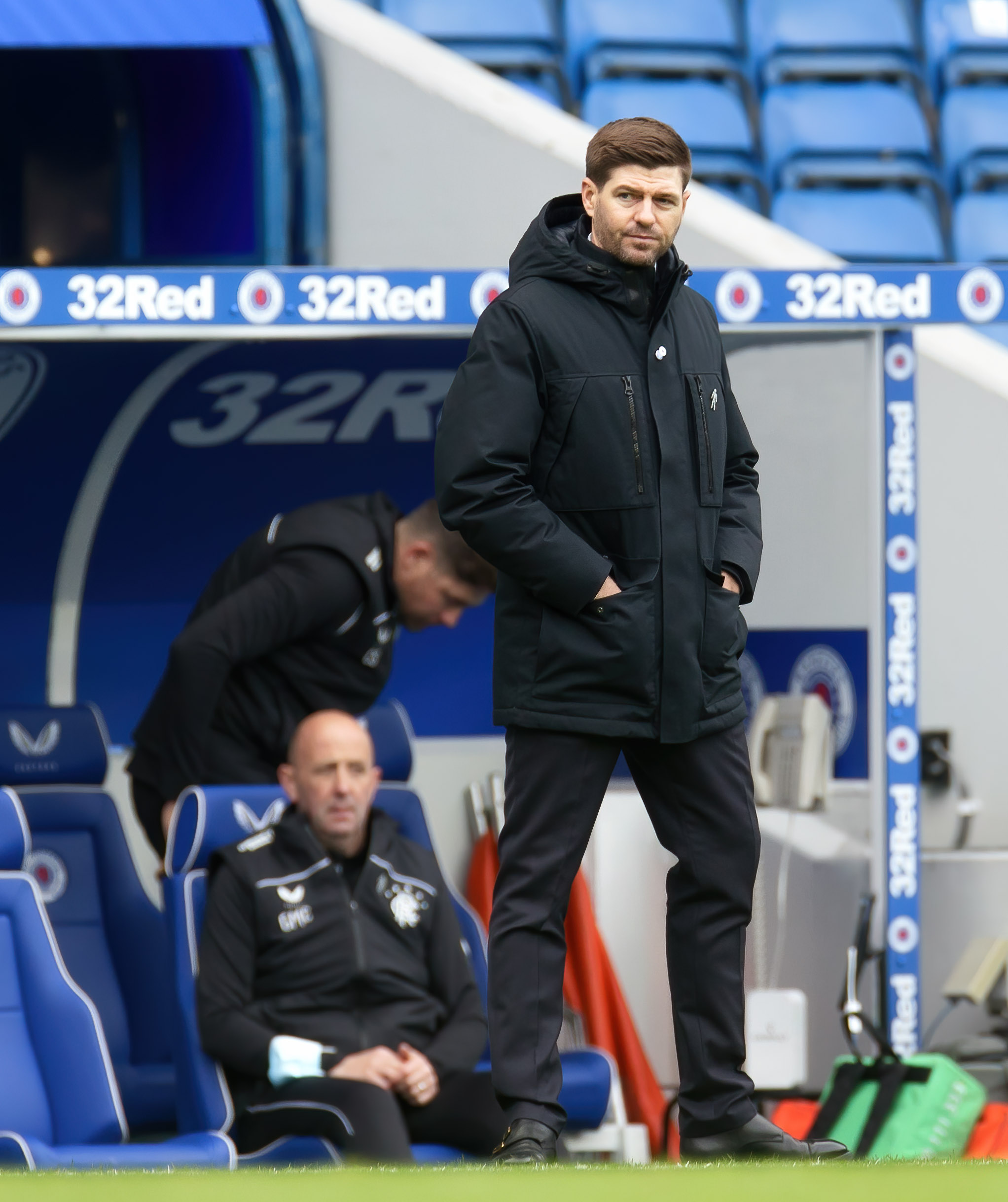 Aberdeen had been rocked by the loss of Connor McLennan and Lewis Ferguson just 24 hours before the clash after they were forced into isolation following the Scotland Under-21s covid outbreak.

Ross McCrorie was one of three players to test positive after getting back from that trip to Greece but was always going to miss yesterday’s clash due to his loan arrangement from Ibrox to Pittodrie.

The Dons had only lost once since their opening day defeat at home to Gers while their last pointless trip on the road in the league was way back in December.

But they were blown away by Gers and Gerrard said: “Aberdeen have been on a fantastic run. They have been excellent defensively and very hard to score against.

“So I’ve got to pay my boys credit. I know Aberdeen had some issues before the game but the focus is always on us. We had to go and do the job.

“We were playing against good defenders and a really organised team. Derek doesn’t get the credit he deserves at times for how well he sets his team up. 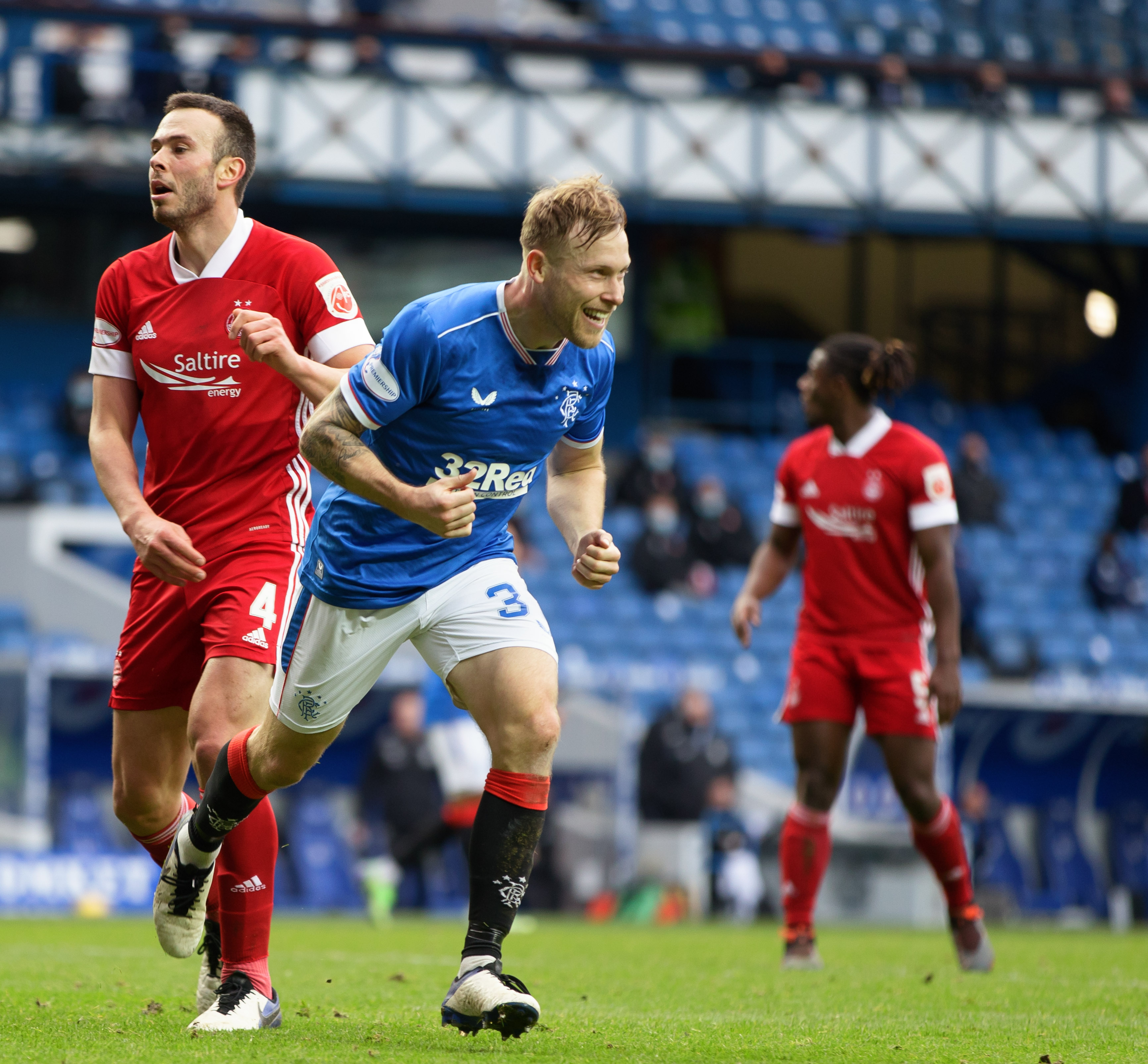 Scott Arfield made it 3-0Credit: Willie Vass – The Sun

“Having said that, I’ve got to pay my players a lot of credit because they found the answers and they could have found even more.”

Dons boss Derek McInnes couldn’t argue with the scoreline – but did think Gers got lucky with their penalty.

He said: “We came into the game with a lot of key players missing and Scott Wright was added to with a groin problem.

“We also had the three players out with the 21s. We were a team that lacked pace and that’s something we’ve had a lot of this season.

“We went with a team we had to pick rather than one we wanted to pick. These things are sent to test us and we tried to get a shape that gave us to come here not only defend but also to have an outlet at the other end.

“I thought we started well against a Rangers team who are in a good place. The first goal took a big defection and the second goal we could do better with.

“At half-time we talked about the next goal and six minutes later we lost another deflection then a soft penalty. If that was a penalty there will be a lot more penalties for that.

“I felt he went over early and it was pretty soft. We didn’t feel like we had the breaks but my players worked hard despite the obvious difficulties.

“There was plenty of effort from a lot of players who haven’t played a lot of games. I have no complaints, we were well beaten but at least we have another game on Wednesday.

“The last time Rangers beat us we had to wait 19 games for the next one. We had 26 from 36 points coming into this and it’s important we take the next three points.”