The Dragons had been promised a hostile welcome with more than 25,000 Turkish fans making it feel like a ‘home’ game here in Azerbaijan. 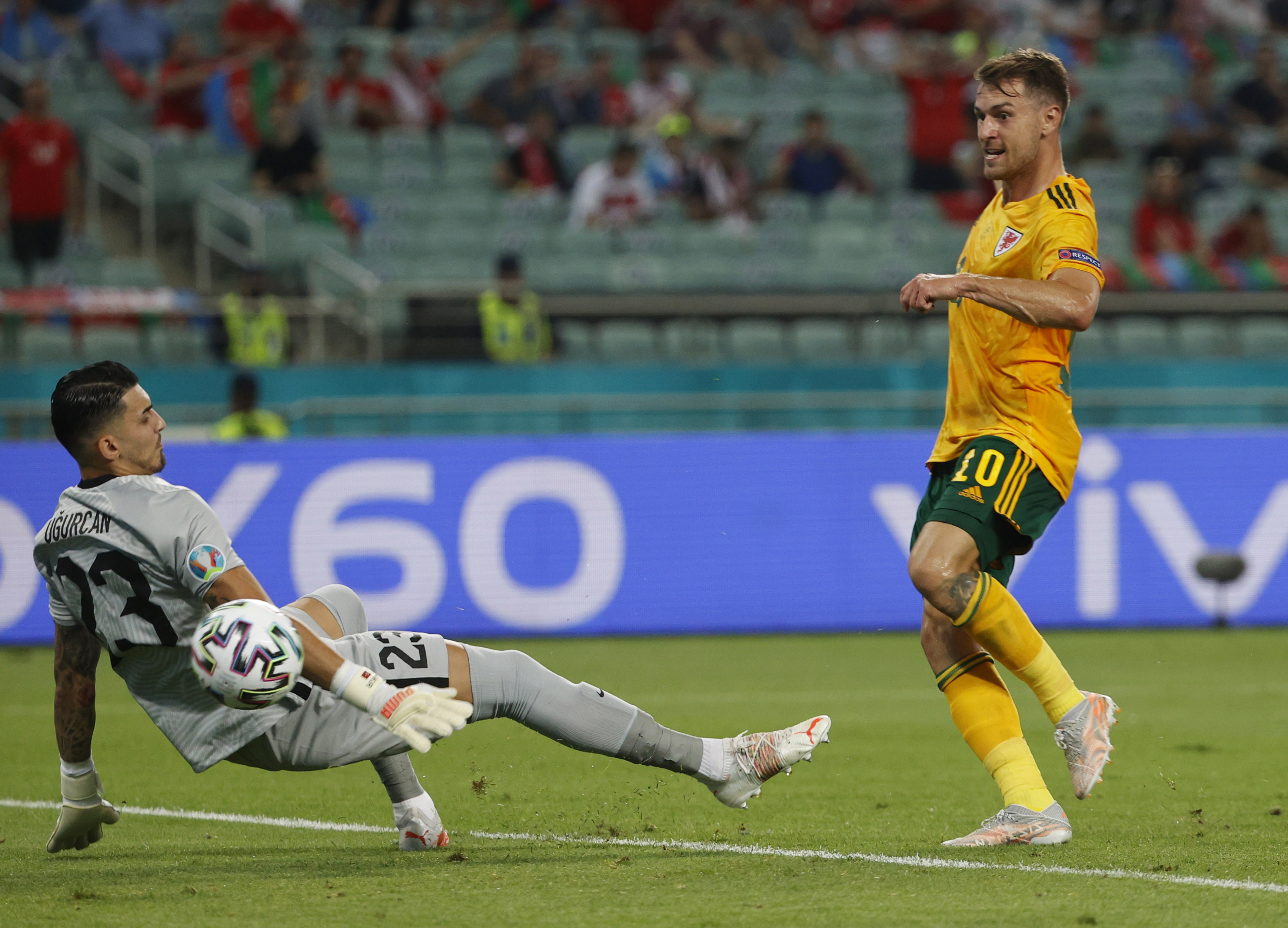 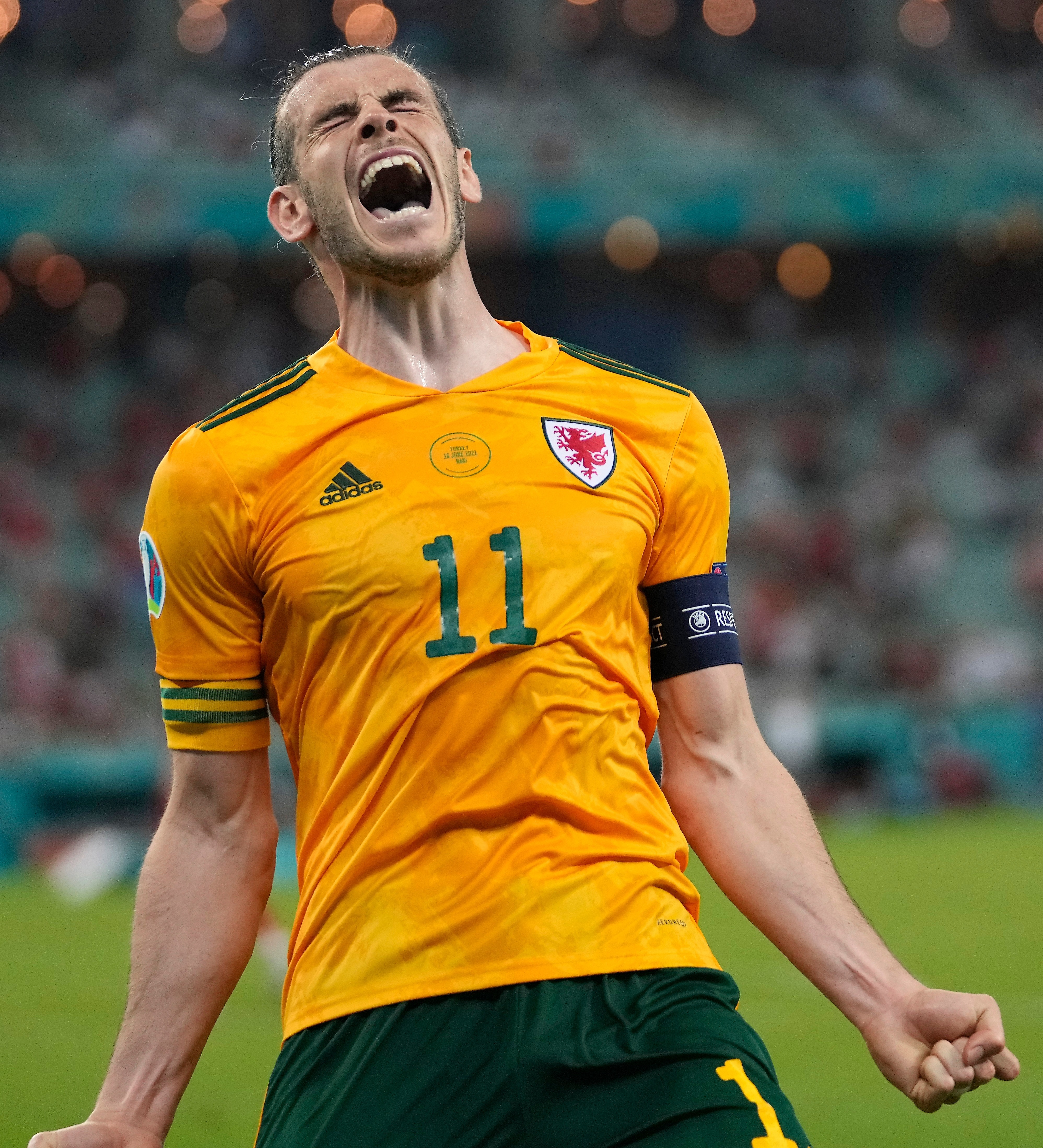 Gareth Bale roars with delight, having set up both Wales goals either side of missing a penaltyCredit: Getty

But skipper Bale said it would only give them extra motivation – and how right he was.

He and Ramsey – so often the saviours of their country – turned on the style with the Juventus man once again pivotal.

His goal here from Bale’s pass – and a late strike from Connor Roberts – will surely see Rob Page’s men take their place in the last 16 later this month.

And this will go down alongside the heroics of Euro 2016 as one of the great nights for Welsh football history.

The only surprise was they did not win by more against a team tipped as a dark horse before the tournament started – with Bale skying a pen and Ramsey wasting several clear chances.

There was a sign of what was to come early on as the Real Madrid’s men pass sent Ramsey away and he turned Caglar Soyuncu neatly but was denied by Ugurcan Cakir.

Kieffer Moore was screaming for a cross and maybe the Juventus man could have been more unselfish. 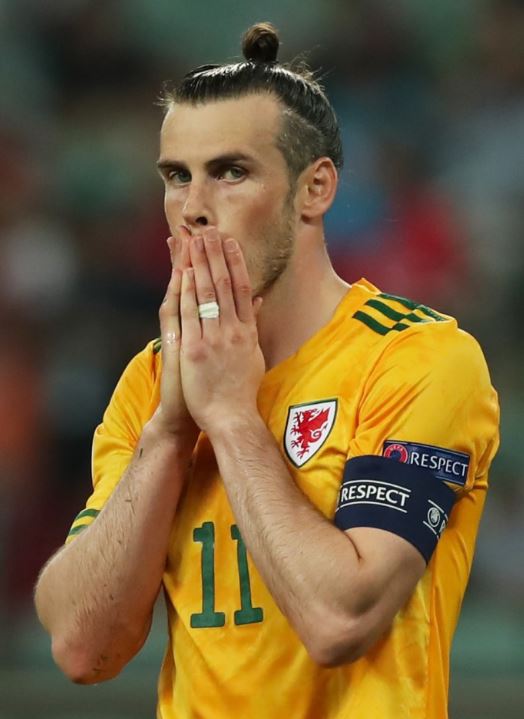 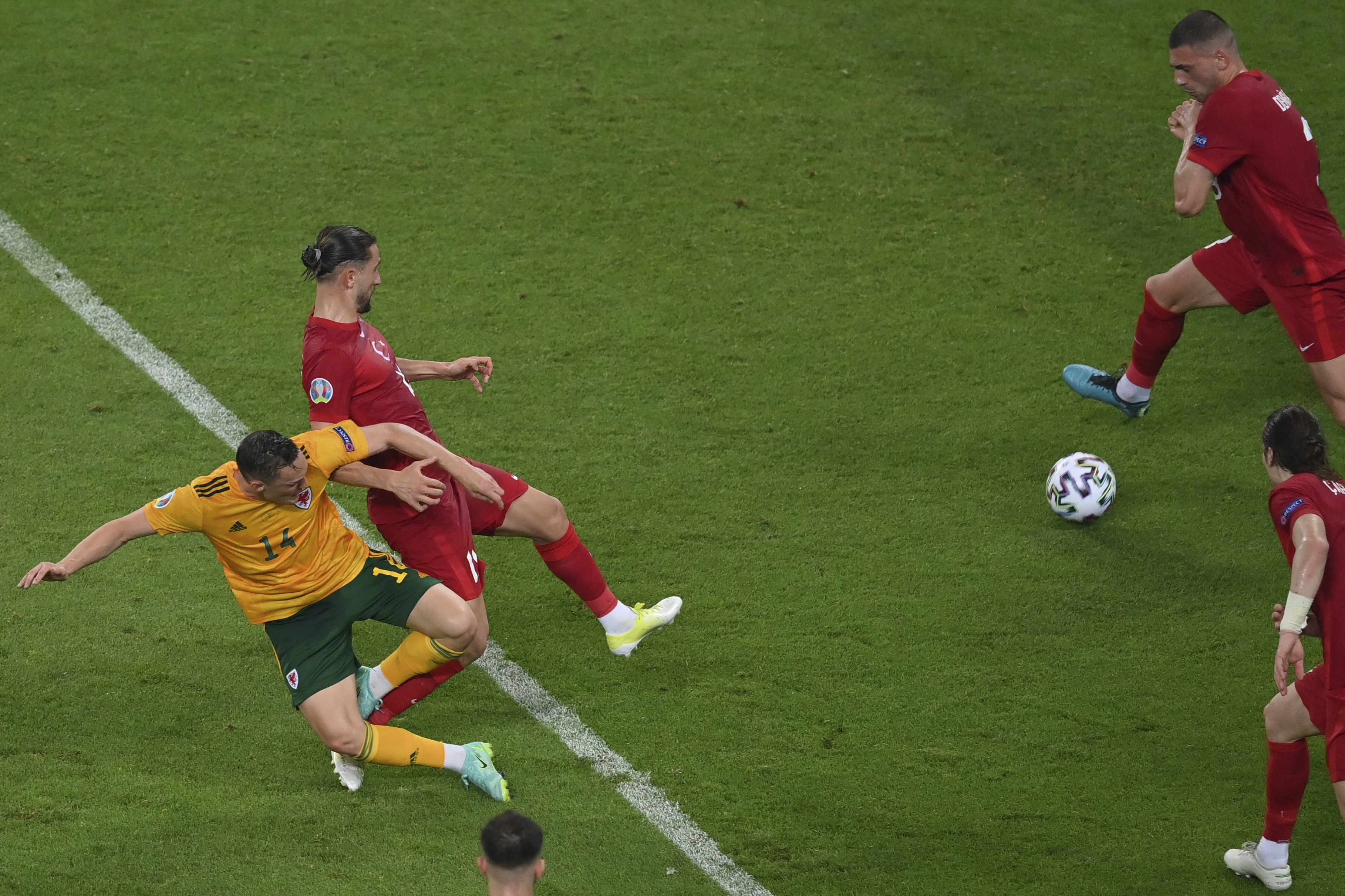 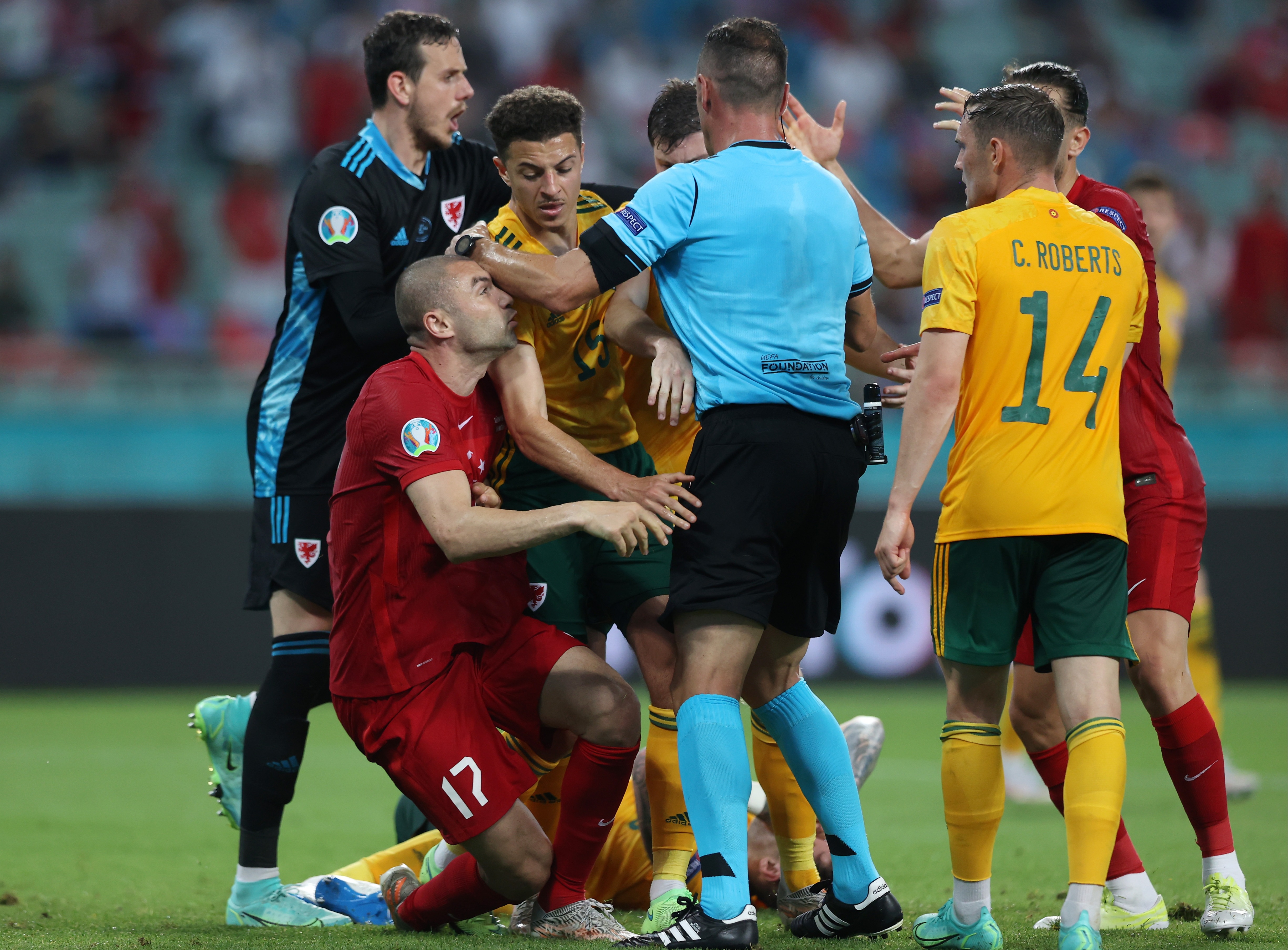 The giant Cardiff forward then got on the end of a cross by Dan James but could only land his header onto the roof of the net.

Then another cute pass by Bale sent Ramsey clear again as he sprang the offside trap but blasted his effort high over the bar.

Turkey then had their best spell of the game with Kaan Ayhan seeing a header nodded off the line by Joe Morrell.

But they had not heeded the warnings from earlier and just before the break Bale once again opened them up with a glorious left-footed pass.

Once again Ramsey timed his run perfectly and this time he chested down before beating Cakir emphatically.

What a moment for Wales – and no more than they deserved.

Their two superstars did not really turn up against Switzerland – but they turned on the style in the first half here.

Turkey improved after the break with star man Burak Yilmaz volleying his effort high over the bar after the ball had bobbled around in the box.

Ramsey saw a shot on the turn pushed away by Cakir and the Juventus man must have been feeling he could have had the match ball.

But the next huge chance fell to Bale who was clipped in the box by Zeki Celik to win a penalty and grabbed the ball himself.

The skipper blazed his effort high over the bar in the sort of Wales penalty more often seen at the Principality Stadium in the Six Nations.

Ramsey tried to repay the favour by clipping over a cross that found the head of Bale but Cakir got down well to save.

Danny Ward was called upon to make a big save late on as he pushed away a header from Merih Demiral but in truth a point would have flattered the Turks.

And the points were safe in stoppage time when Bale wriggled free from a short corner and pulled back for Connor Roberts to steer home.