The dramatic incident saw the two red hot rivals collide for the second time this season resulting in both being knocked out of the race. 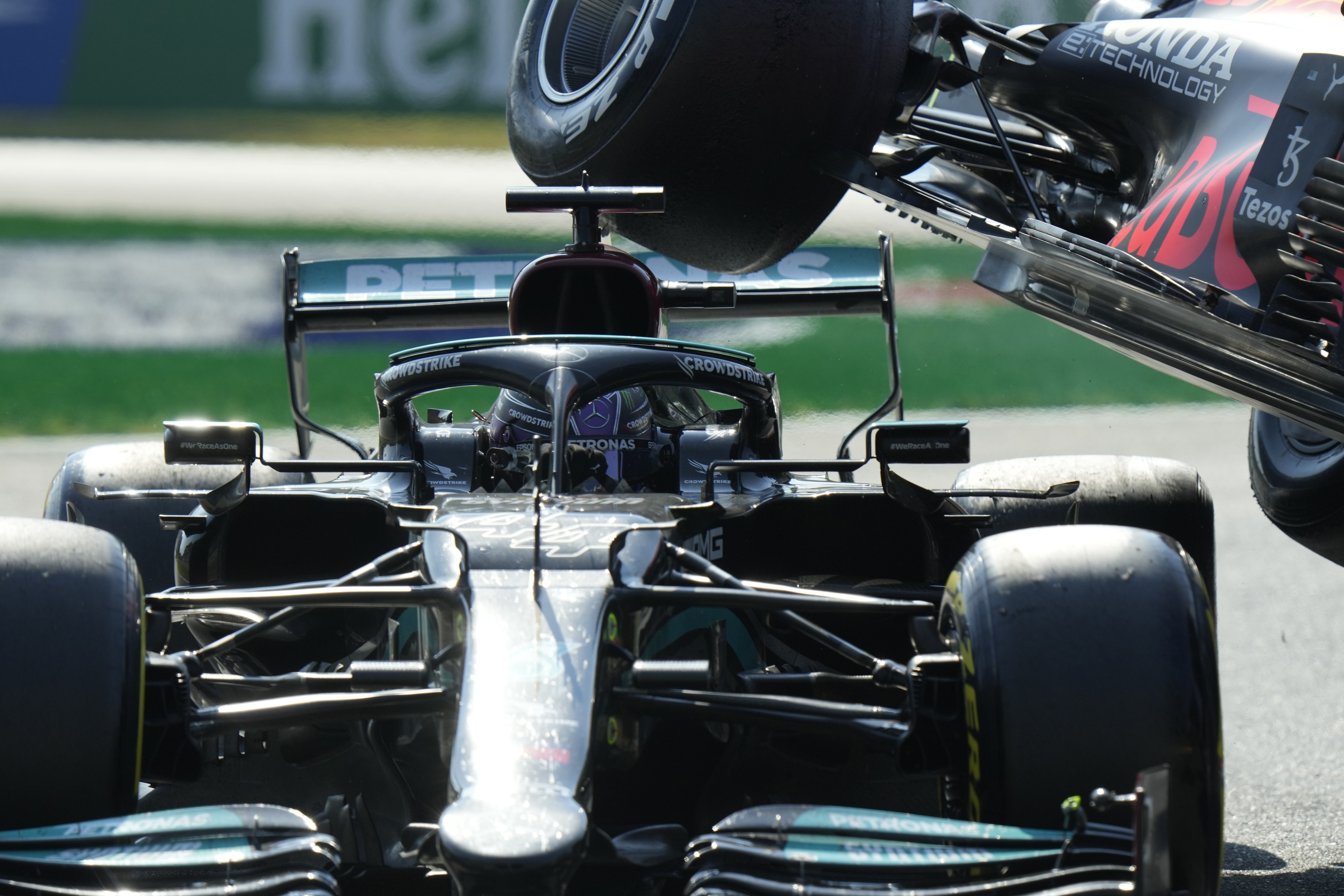 Verstappen’s tyre skimmed the top of Hamilton’s helmet during the race in MonzaCredit: AP

Slow-motion footage shows Versappen’s rear tyre on the right-hand side of his car had brushed Hamilton’s crash helmet during the accident.

Observers claim the outcome of the incident could have been far worse had the halo not been in place to soften the impact.

And the seven-time World Champion, 36, seemed to escape relatively unharmed with some strapping provided for his neck after stating it was stiff in the aftermath.

Schumacher, 46, who highlighted Hamilton attending the Met Gala days after the incident, told Sport1: “I think Lewis was too dramatising of it, considering that he flew to New York the next day to attend an event.”

The collision between Hamilton and Verstappen in Monza is the second crash involving the pair this year.

The Belgian-born racer, 23, also collided with the Brit earlier in the year at the British Grand Prix.

And while Hamilton carried on, Verstappen was unable to continue.

And his former team-mate Daniel Ricciardo has suggested Verstappen is still upset about the crash.

Speaking to the Pardon My Take podcast, Ricciardo said: “I know Max, we were team-mates for a few years.

“That’s him, he is a competitor he’ll leave it on the track and that’s it.

“I guess he still maybe was carrying a bit of anger or a little bit of frustration from Silverstone.”

Hamilton and Verstappen are expected to return to the track for the Russian Grand Prix in Sochi.

The collision at Monza led to a three-place grid penalty for Verstappen which the F1 championship contender is expected to take this weekend.