RALF RANGNICK has been pictured for the first time taking charge of Manchester United this morning.

The German coach, 63, was finally confirmed as the interim manager until the end of the season earlier this week.

Ralf Rangick has been snapped taking charge of Manchester United training for the first timeCredit: Getty 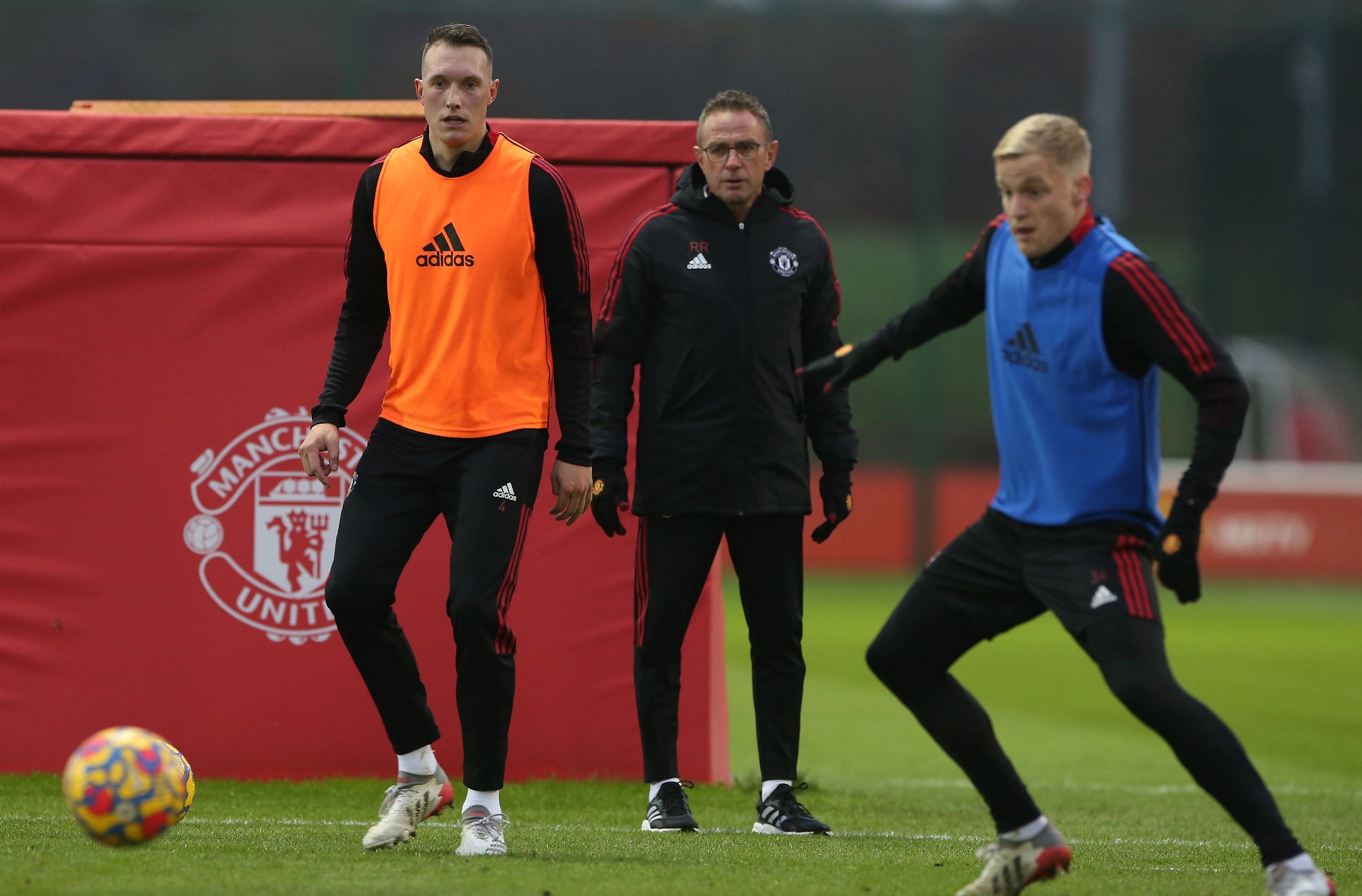 The German coach watched on as United’s stars got to work at Carrington earlierCredit: Getty 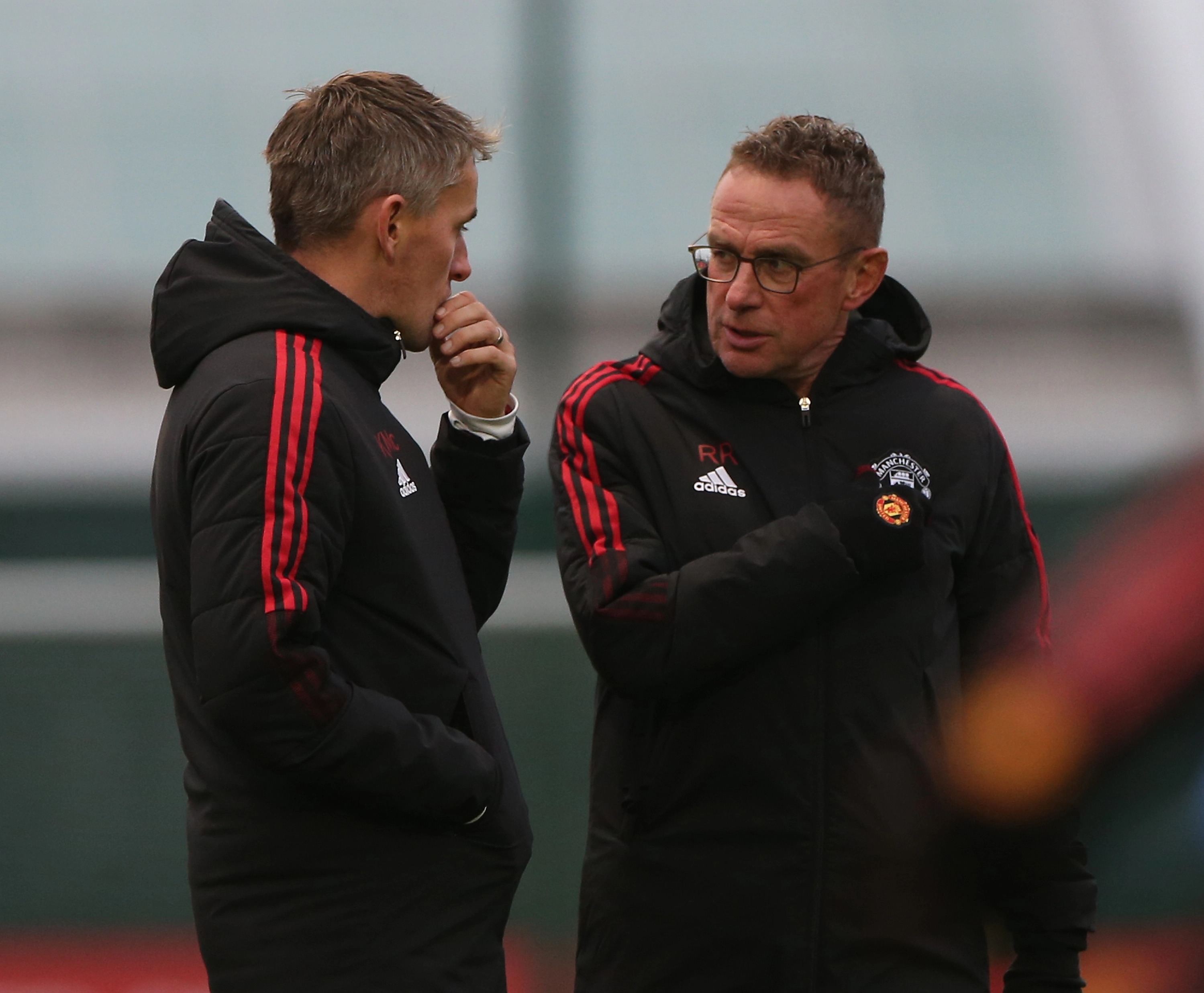 However, the former RB Leipzig and Hoffenheim man only watched from the stands as the Red Devils defeated Arsenal 3-2 on Thursday.

He has now received the green light to begin working with the United squad and the cameras caught him getting down to business at the club’s Carrington HQ earlier.

Rangnick watched on intently as United’s stars carried out their instructions ahead of his first match at the helm against Crystal Palace tomorrow.

And excitement may just be mounting for him as he was even spotted with a big grin on his face several times.

Rangnick revealed yesterday that he has been watching United from afar for some weeks now and can see the glaring deficiencies in the team and what he has to do to put things right.

He said: “Obviously, I have watched the latest games. I watched not only the Arsenal game but also the games against Watford and against Chelsea on TV, when I didn’t know when I would be contacted in the next days. I watched, out of interest, the games against Liverpool and Manchester City.

“I’m pretty well aware and acquainted with what is happening here with the club and in the Premier League. I think it’s pretty obvious the team have an abundance of talent, young, talented players but enough experienced players in the squad too.

“The major target for me in the next couple of days and weeks is to bring more balance into the team.

“I think to gain control of games in the future has got to do with playing proactively, no matter if we have the ball ourselves or if the other team is in possession of the ball.

“It’s about helping the team to play together. It’s about togetherness, it’s also about team spirit.”

He added: “We saw it against Arsenal. If we compare the two halves, the first half and the second half, against Arsenal they were completely different.

“It’s not about playing pressing or counter-pressing for pressing’s sake, it’s about control. This is the major target.

“The players have to go together with me, they have to follow not only my instructions but they have to buy into the idea that I can offer them how we should want to play in the future. That is what it’s all about.

“It has to happen step by step. It cannot be done within one or two days like this. It will not work like that.” 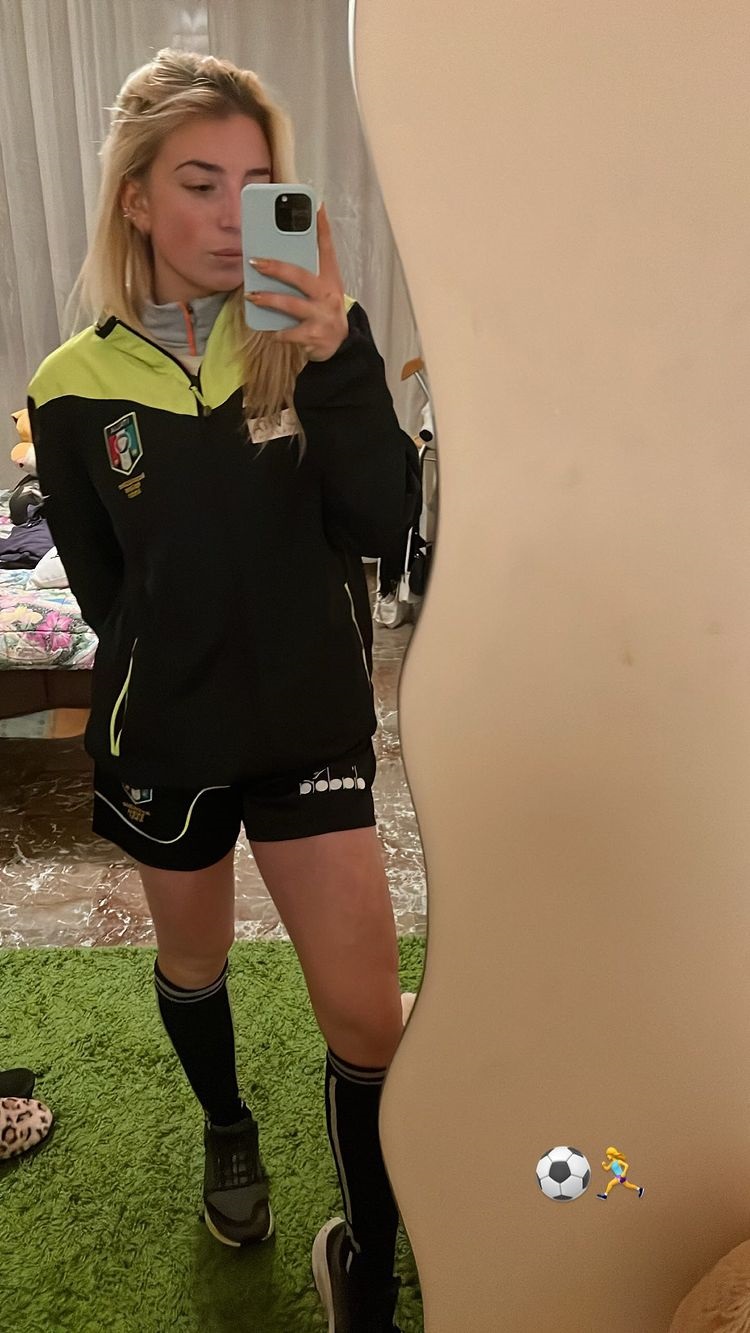