RAHEEM STERLING will be the first signing of Chelsea’s new era after taking the bold decision to quit Manchester City.

And the ambitious star hopes a fresh start can help him become the best player in the world and win the prestigious Ballon d’Or.

Sterling has even agreed terms over a £45million deal between the two clubs.

And Tuchel wants a deal wrapped up as quickly as possible in the hope that Sterling can join his new team-mates for a pre-season tour of America which is departing on Saturday.

He also dreams of Champions League glory at Chelsea — a trophy that has so far eluded him. 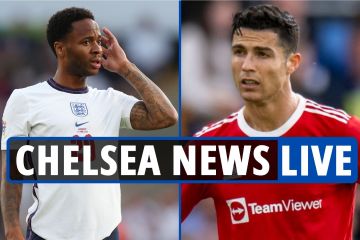 The England star is leaving City on good terms despite turning down the offer of a bumper new contract to stay at the Etihad.

He has held talks with City manager Pep Guardiola and simply believes the time is right to make a move.

Sterling also reckons he will get more regular football by making a change having been sidelined for long periods last season.

The London-born player has taken the dramatic step of moving this summer after holding positive talks with German Tuchel.

The deal is being conducted on good terms between the two clubs.

And Sterling has told Tuchel and Guardiola his decision has been motivated purely by a desire to win further trophies and to play more first-team football.

Chelsea want extra attacking flair and an experienced man who can help end their five-year wait since last winning the Prem title.

They have also lost senior players this summer with Romelu Lukaku, Antonio Rudiger and Andreas Christensen leaving either on loan or on free transfers.

Tuchel is eyeing a major shake-up of the squad under new chairman Todd Boehly, who heads up a consortium who last month bought the London giants from Roman Abramovich.