The squad paraded their latest crown in the city centre.

Raheem Sterling could not be at the Man City open-top bus paradeCredit: GETTY 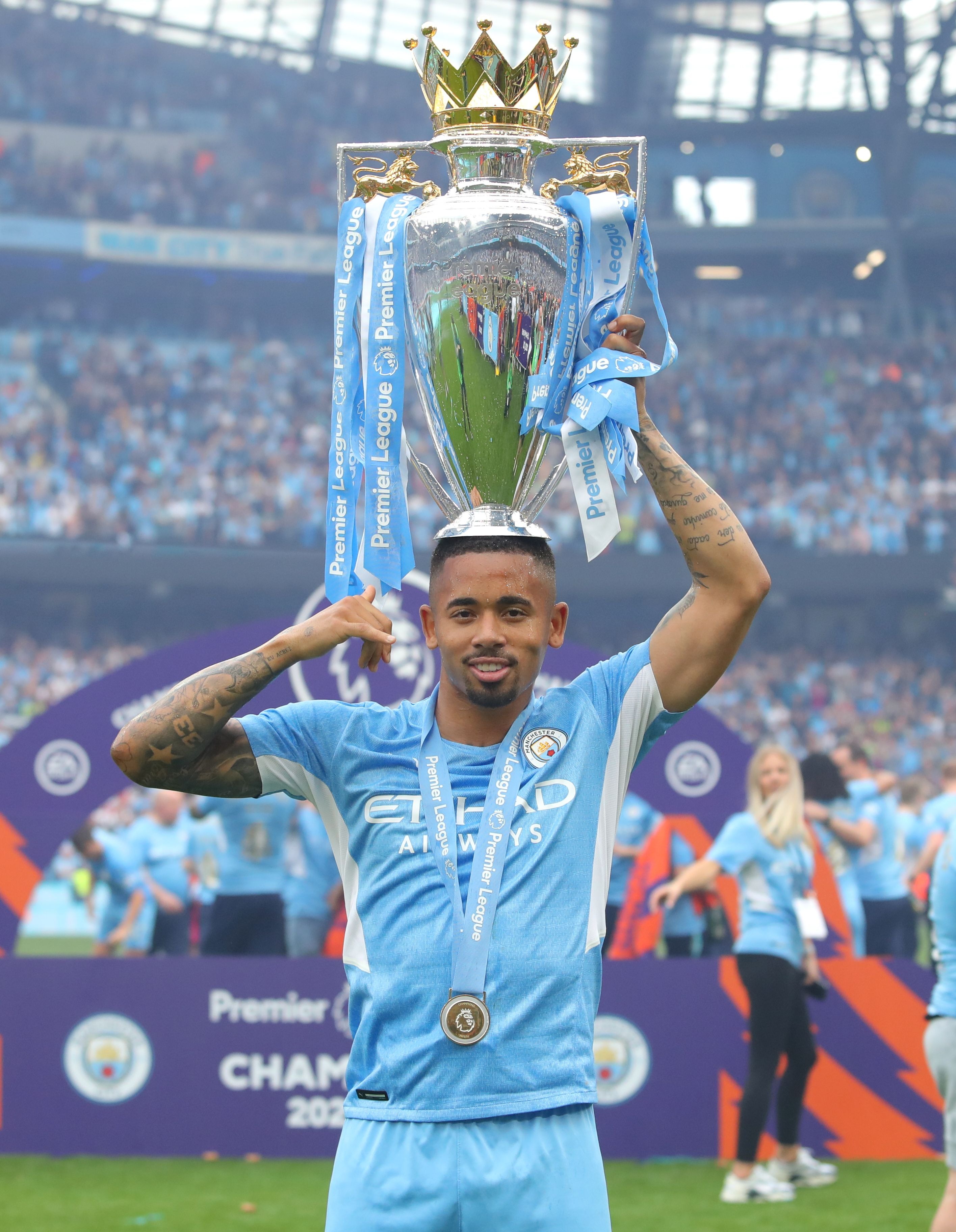 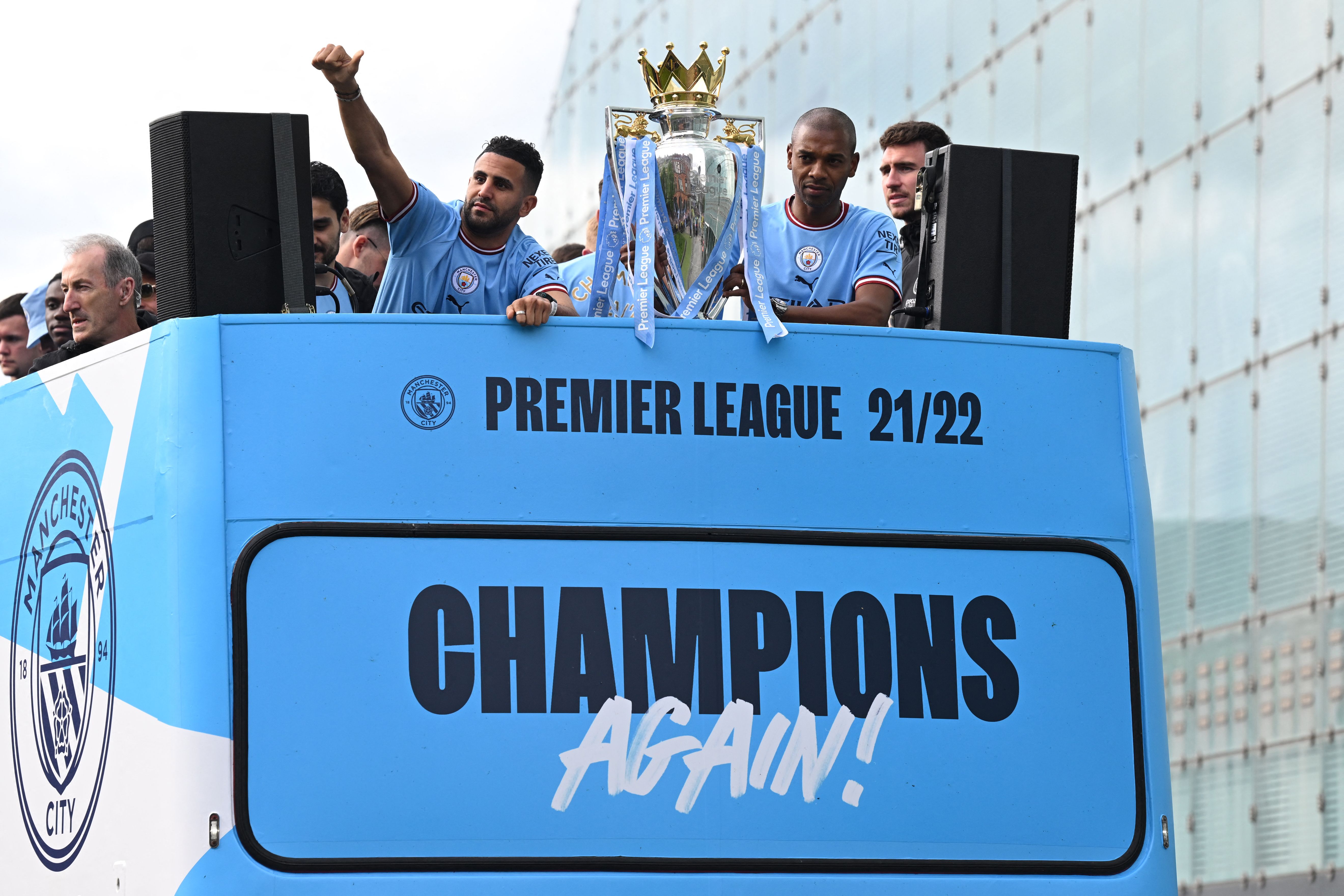 Fernandinho paraded the Prem trophy around the city centreCredit: AFP 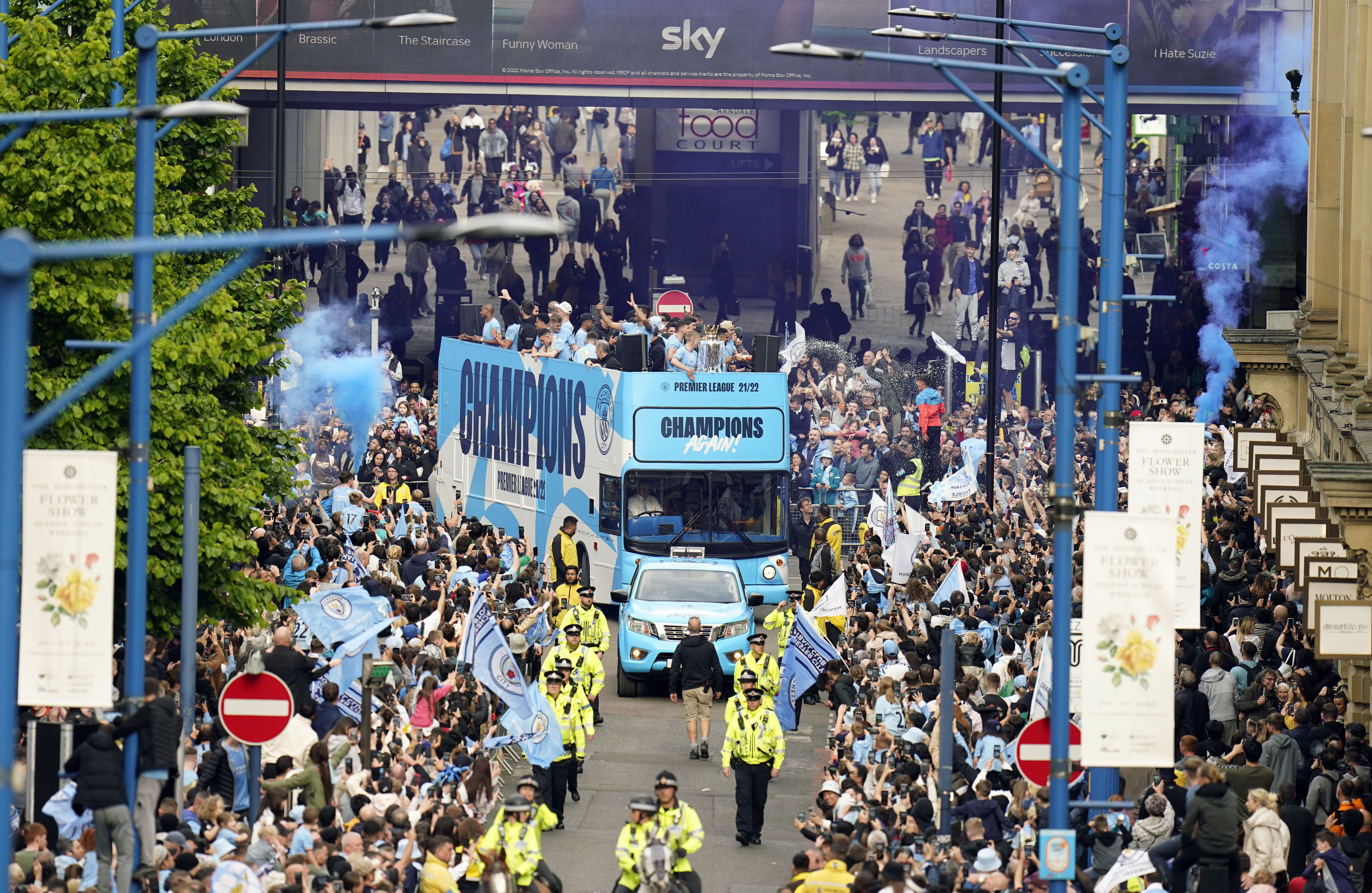 Manager Pep Guardiola and his staff smoked cigars while players opted for champagne or beer.

However, both Sterling and Jesus missed the raucous bus ride.

Sterling and Jesus both played a part in City’s historic comeback against Villa on Sunday to seal their title defence.

City found themselves 2-0 down with just under 15 minutes to go.

And nine minutes from time, Kevin de Bruyne played an expert cross towards the back post – with Gundogan there to tap home a famous winner.

The late turnaround rendered title challengers Liverpool’s 3-1 win over Wolves pointless as City won the league by one point. 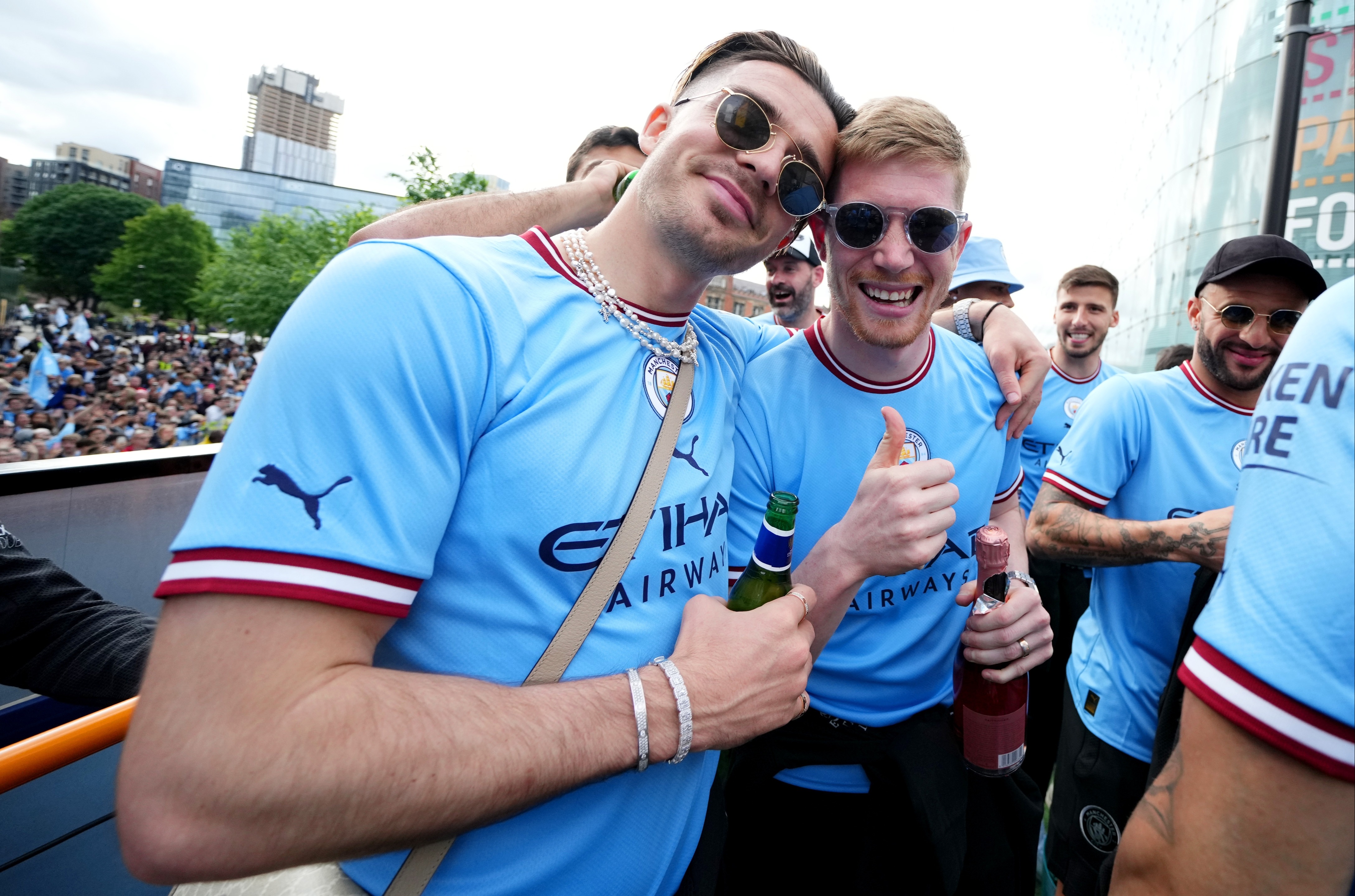 Grealish and Kevin de Bruyne celebrated the title win with a beerCredit: GETTY 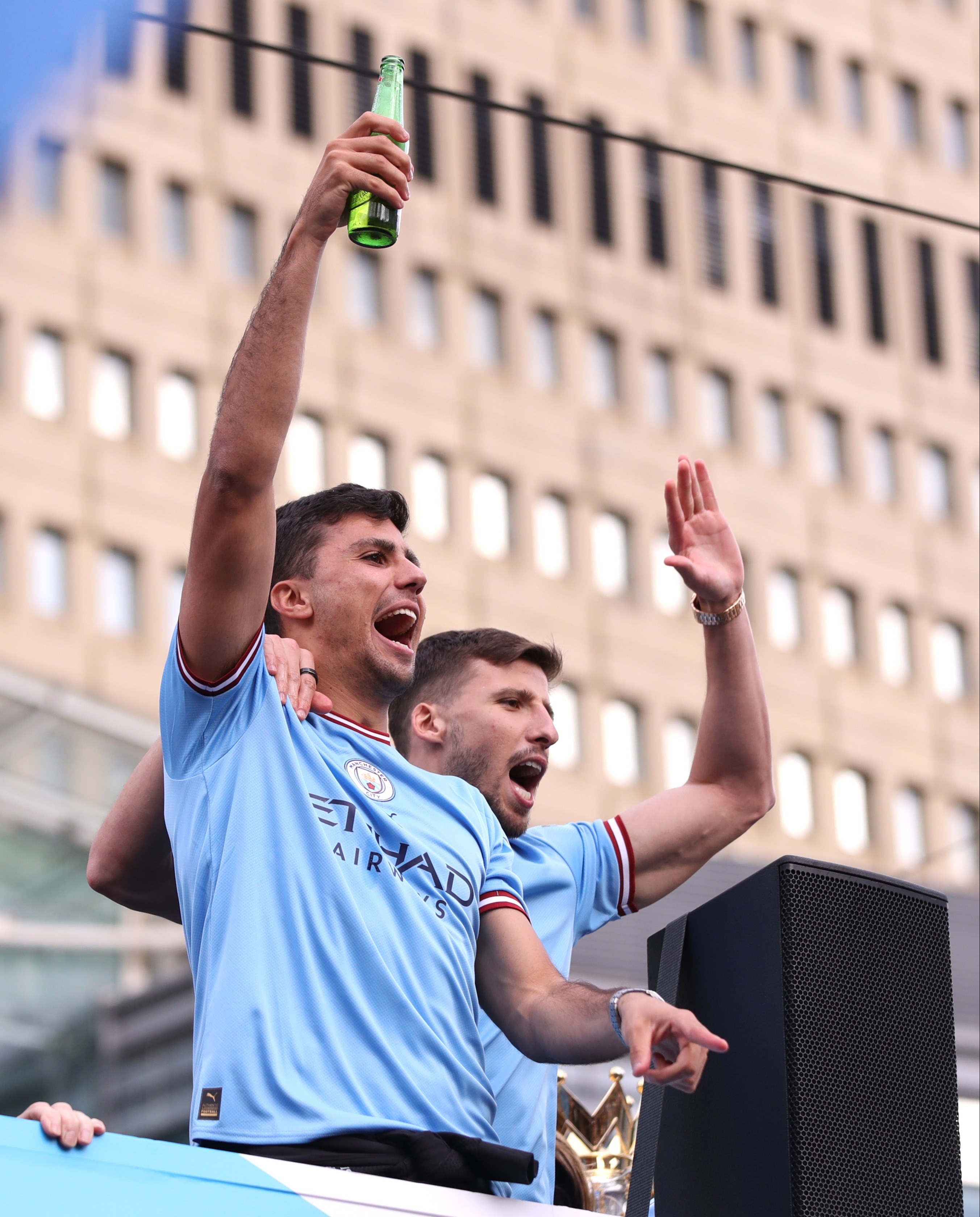 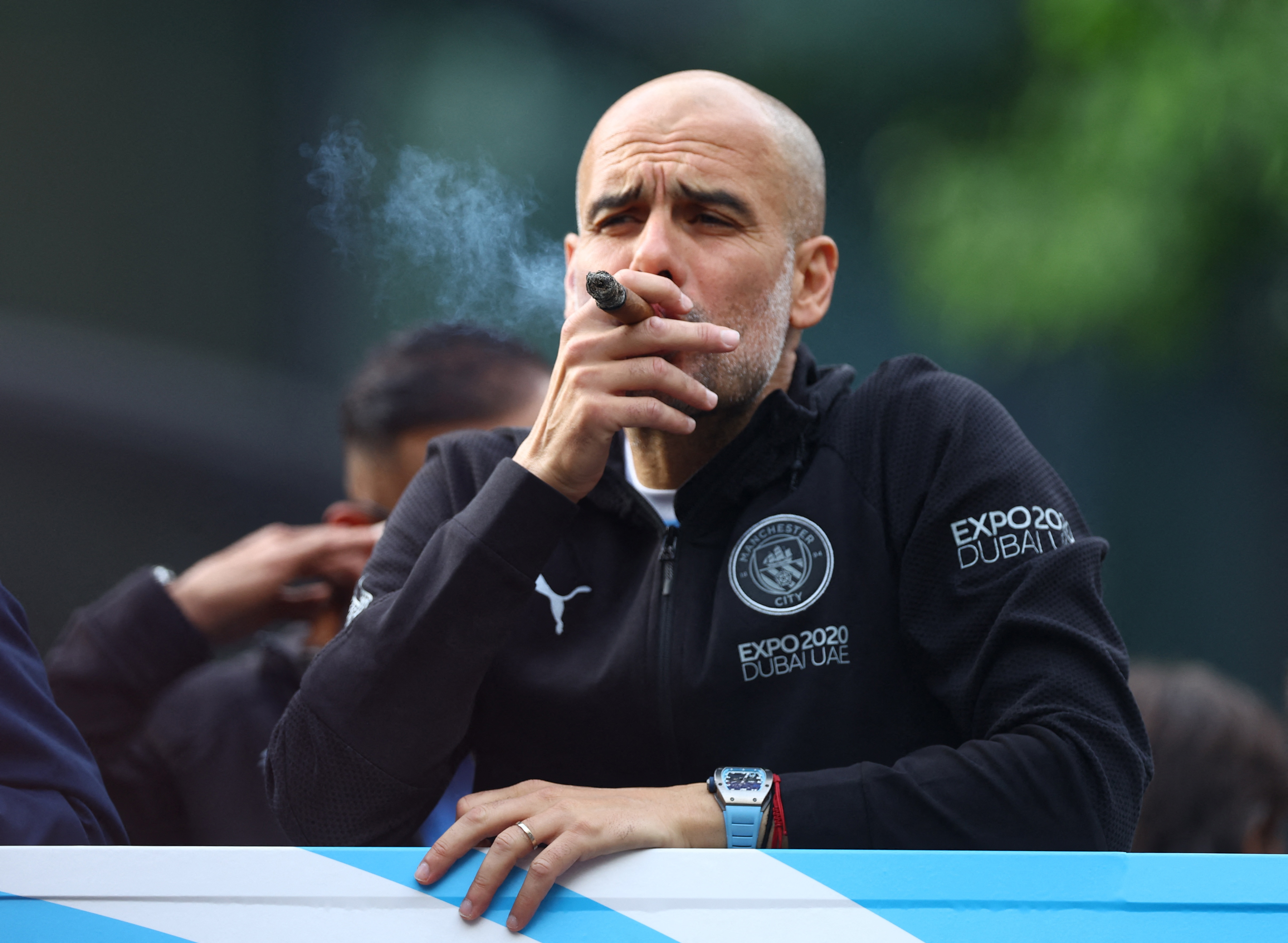 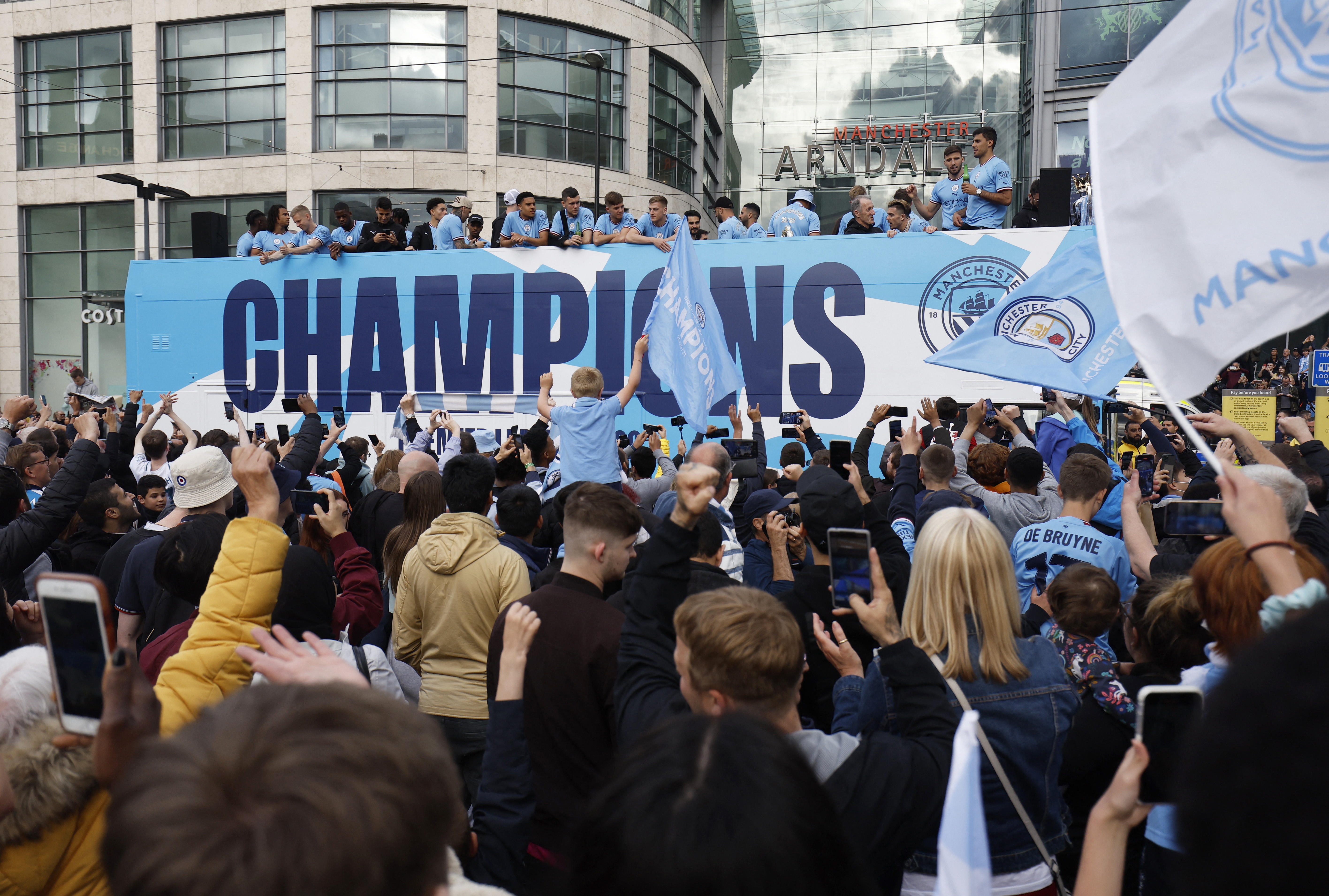 Boss Guardiola declared his players “legends” after their title win.

The Spaniard said: “The moment we found a goal it changed everything.

“We are playing in not normal circumstances but you have to handle it.

“Gundogan is the best inside runner we have.

“We were arriving down the sides and we needed a player with the sense of tempo in the box and he’s the best.

“We are legends. When you win the Premier League four times in five seasons it’s because these guys are so, so special.

“We will be remembered. The first title we won with lots of margin, then at Brighton, then winning at home without fans and now with people, it’s the best.

“I’ve never seen a team like Liverpool. I know it’s tough but a huge congratulations to them. They help us to be a better team.”