A PREMIER League star was arrested on suspicion of rape in a dramatic 3am swoop by cops.

The ace, in his 20s, was asleep when six police cars arrived at his mansion.

A football ace was arrested on suspicion of rape in a dramatic 3am swoop by copsCredit: Getty

A woman, also in her 20s, reported the alleged attack and showed police photos of “bruising”.

Police swooped to arrest a top footballer after a woman accused him of raping her during a holiday in the Med.

The international star — one of the best players at his Premier League side — was handcuffed and taken into custody yesterday.

He was held on suspicion of rape after six police cars arrived at his multi-million-pound gated mansion at 3am, while he was asleep. 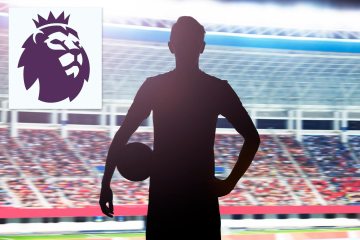 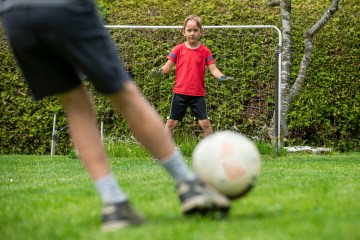 The well-known player — in his late 20s — spent at least 15 hours being quizzed by detectives.

The ace — still in custody last night — had already begun training and was due to fly out on a pre-season tour with his club.

A woman in her 20s has claimed that she was raped during a sunshine break last month.

The alleged victim had fled the five-star resort and flown home to her friends and family.

She spoke to police on her return to the UK — and on Sunday evening she attended a police station and made a full statement in support of her claims.

She showed detectives photos that she claimed highlighted bruising on her body after the alleged attack. Just hours after she ­finished her statement, a huge police presence was seen at the star’s home.

The player was set to appear at the World Cup in Qatar later this year. Stunned footballers were last night sharing news as word of the rape claim swept Premier League stars’ WhatsApp groups.

The arrest also sent shockwaves through the player’s club. Another insider told The Sun: “The allegations are of the utmost seriousness.

“Club bosses are stunned about this. The player was due to be on a pre-season tour. He will now not be travelling with the side.

“The law must be allowed to dictate what happens next. The player’s colleagues are absolutely dumbstruck about this. It is a hammer blow to the club, but the police must do their job.”

Last night Scotland Yard told The Sun: “An allegation of rape of a woman in her 20s was reported to police. It was reported the alleged rape happened in June.

“A man was arrested at an address in London on suspicion of rape and taken into custody where he remains. Inquiries into the circumstances are ongoing.”

Last night the arrested star’s club was approached for comment.