PREMIER LEAGUE and EFL chiefs have cancelled this weekend’s football following the death of Her Majesty Elizabeth II.

After talks between bosses and government officials, the decision has been made to abandon the scheduled programme.

West Ham paid tribute to Her Majesty the Queen on Thursday eveningCredit: PA 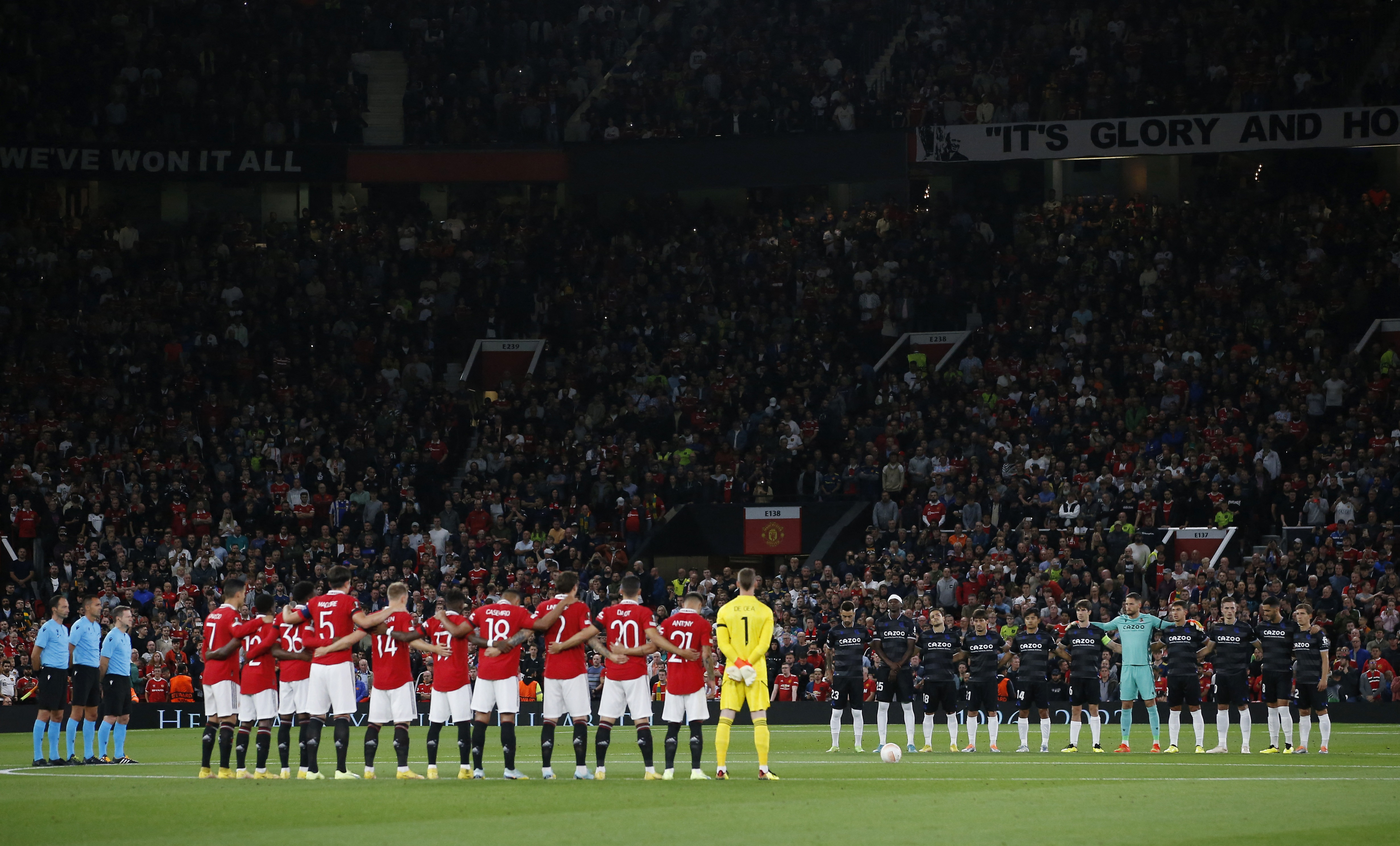 There was a minute’s silence at Old Trafford ahead of Manchester United’s game against Real SociedadCredit: Reuters

As a mark of respect to Her Majesty Queen Elizabeth II, this weekend’s Premier League match round will be postponed.

A Prem meeting and a call between sport bodies and the Department for Digital, Culture, Media and Sport took place this morning.

The Government informed sport bodies that they were under no obligation to cancel scheduled games.

But the decision has been made to call off the weekend’s Premier League and matches after The Queen died yesterday, aged 96.

Buckingham Palace confirmed in a statement that Her Majesty Elizabeth II, the longest-serving monarch in British history, had passed away peacefully at Balmoral. 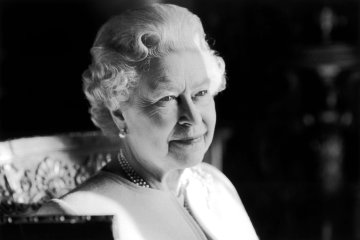 Premier League Chief Executive Richard Masters said: “We and our clubs would like to pay tribute to Her Majesty’s long and unwavering service to our country.

“As our longest-serving monarch, she has been an inspiration and leaves behind an incredible legacy following a life of dedication.

“This is a tremendously sad time for not just the nation but also for the millions of people around the world who admired her, and we join together with all those in mourning her passing.”

It had already been confirmed on Thursday that the two EFL fixtures scheduled for today, Burnley vs Norwich and Tranmere vs Stockport, had been postponed.

An announcement on the weekend’s football fixtures has been made before fans start travelling up and down the country for tomorrow’s games.

Prem chief Masters and his board were aware of a potential backlash if they played the matches as scheduled.

Another factor considered was the potential drain on police resources as towns and cities up and down the land pay tribute to The Queen.

Games are permitted to go ahead on the day of the Queen’s State Funeral, which is expected to take place on September 19th.

Again officials have said there is no obligation to cancel fixtures, but sport bodies may want to consider postponing games or readjusting kick-off times on the day as to not clash with the service.

A minute’s silence was observed before United hosted Real Sociedad in the Europa League and West Ham played FCSB in London.

Arsenal’s match against FC Zurich in Switzerland saw a minute’s silence carried out at half-time after the news broke while the game was in play.

But the decision has been made to postpone this weekend’s games as the UK enters a period of national mourning following the passing of Her Majesty Elizabeth II.

Meanwhile the second day of the Test match between England and South Africa on Friday was called off, as was Friday’s play at Wentworth in the golf BMW PGA Championship.

And all racing, The Queen’s favourite sport, scheduled for Friday was postponed. 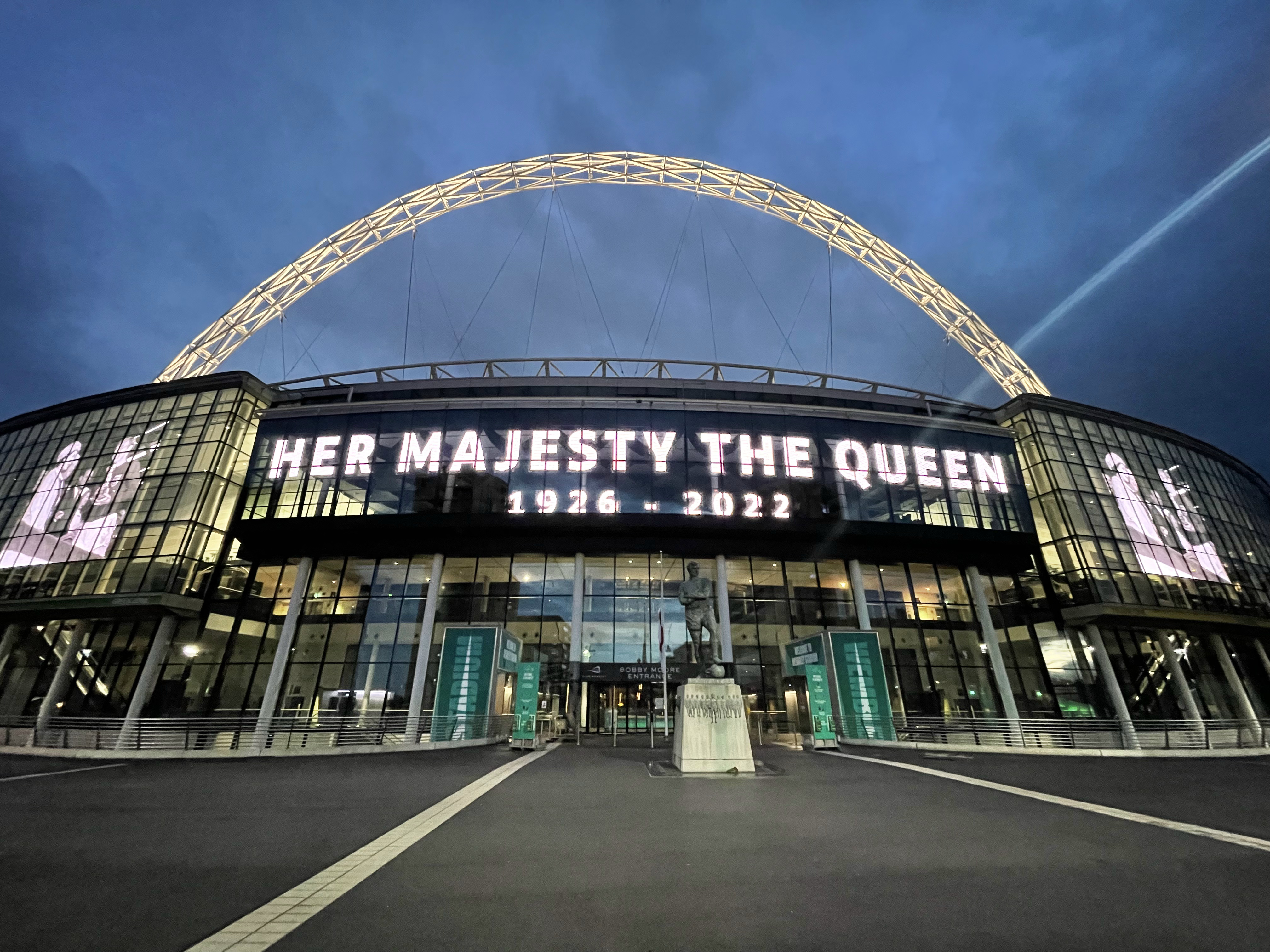 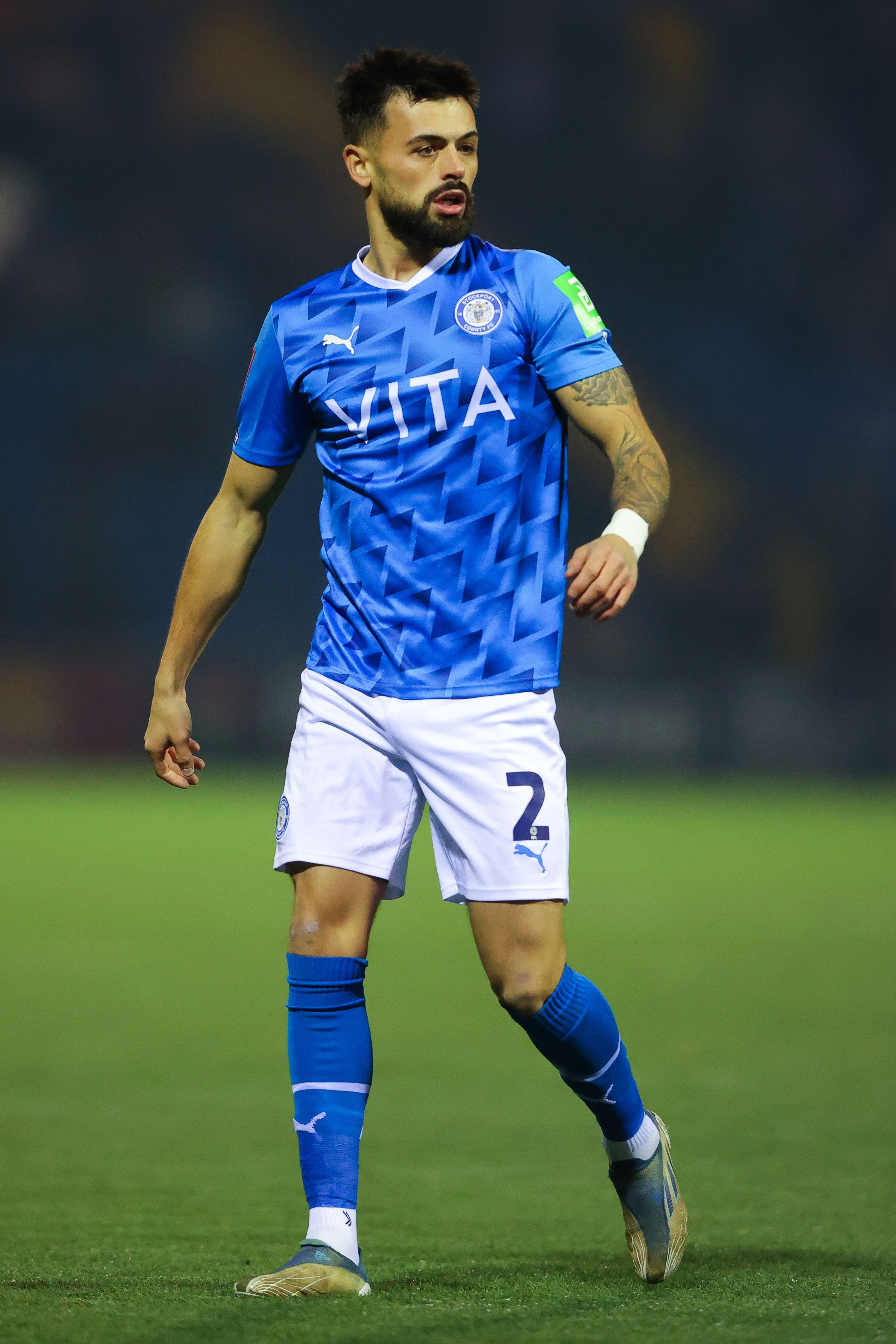