STANDING will return to English football from the start of 2022 after safety experts approved a Government-backed trial.

Premier League and Championship clubs will be allowed to apply to create licensed standing areas from January 1. 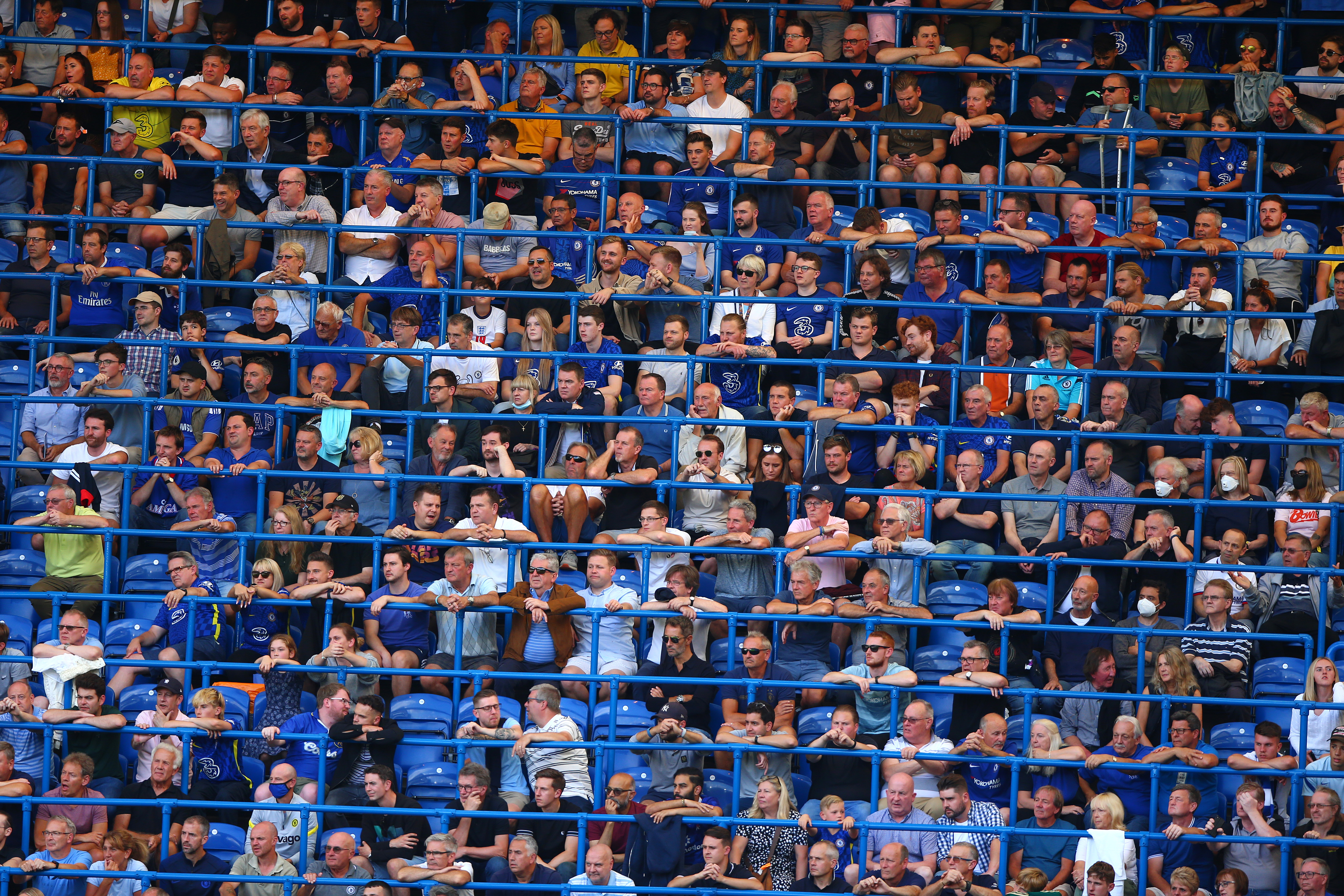 Chelsea have brought back rail seating, ahead of changes allowing clubs in the top two tiers to bring back standing areasCredit: Getty

Tottenham, Chelsea, Liverpool and Manchester United are among the top flight outfits who have already prepared the ground for “safe standing” zones.

And now all the clubs in the top two tiers have been given until October 6 to apply to be “early adopters” of the scheme which was signalled in the Tories’ General Election manifesto.

Standing was banned as a result of the Taylor Report into the 1989 Hillsborough Disaster.

But the push for a modern-day version of standing has intensified after the successful implementation of rail seating and other safe-standing options in Germany and other countries.

In order to be approved as part of the trial, clubs must construct seats with barriers in both home and away sections.

Fans must have the option of sitting or standing, but there can be no crowding with each standing place allocated to the area of one seat.

Any standing zones will not be allowed to impact the viewing standards or other fans, including disabled fans.

Supporters would also be subject to a specific Code of Conduct while all other sectors of grounds will remain all-seater with fans expected to stay in their seats.

The trial will last from January until the end of the season with the outcomes then evaluated by the Government and SGSA.

But it is likely that the formal return of standing areas will then be approved across the top two divisions of English football from the start of next term.