ARSENAL captain Pierre-Emerick Aubameyang broke a barren spell of not scoring in open play since September 12 – but at the wrong end.

The misfiring striker headed past his own keeper Bernd Leno as Burnley moved into a 1-0 lead. 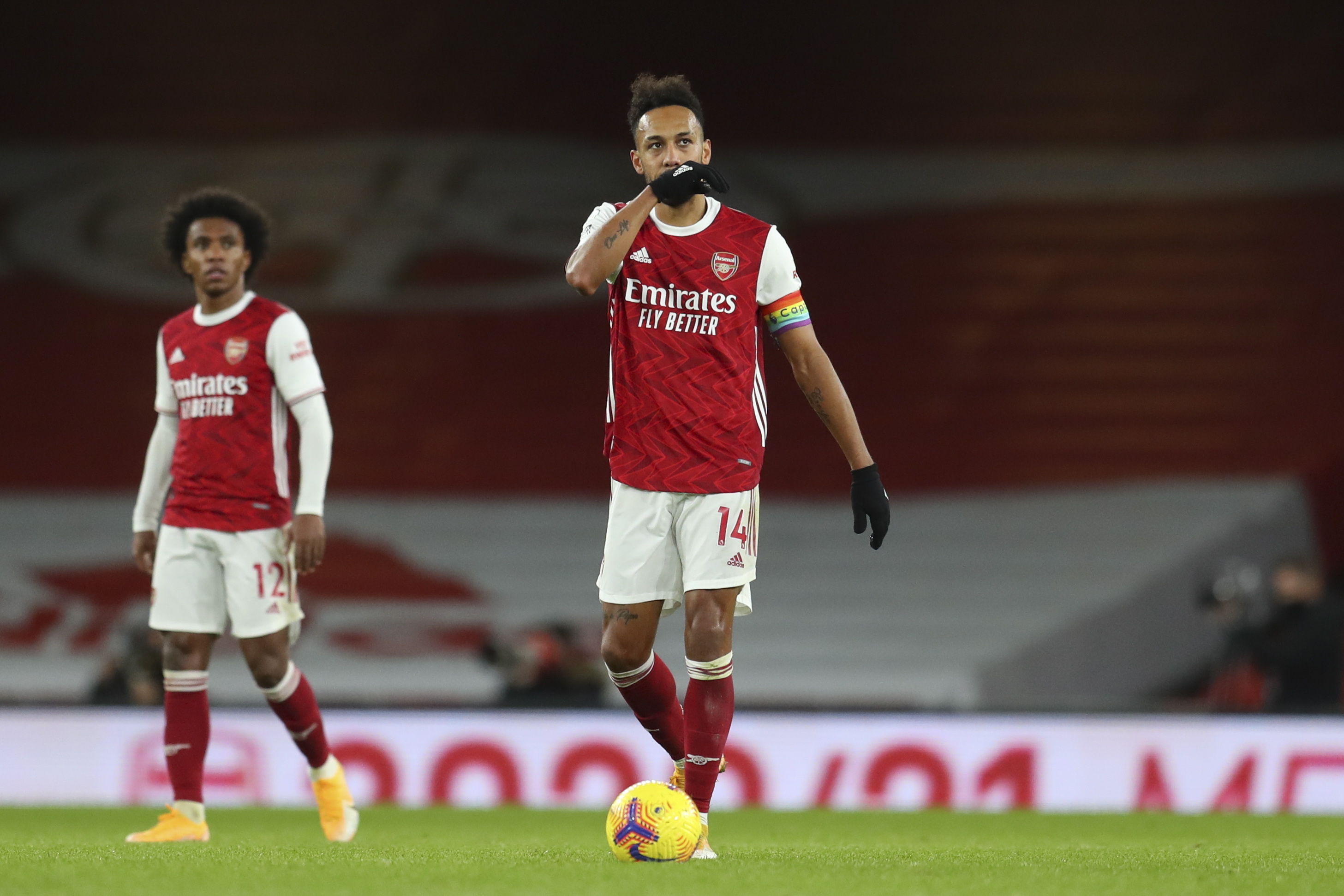 Pierre-Emerick Aubameyang’s troubles got a whole lot worse at the EmiratesCredit: EPA 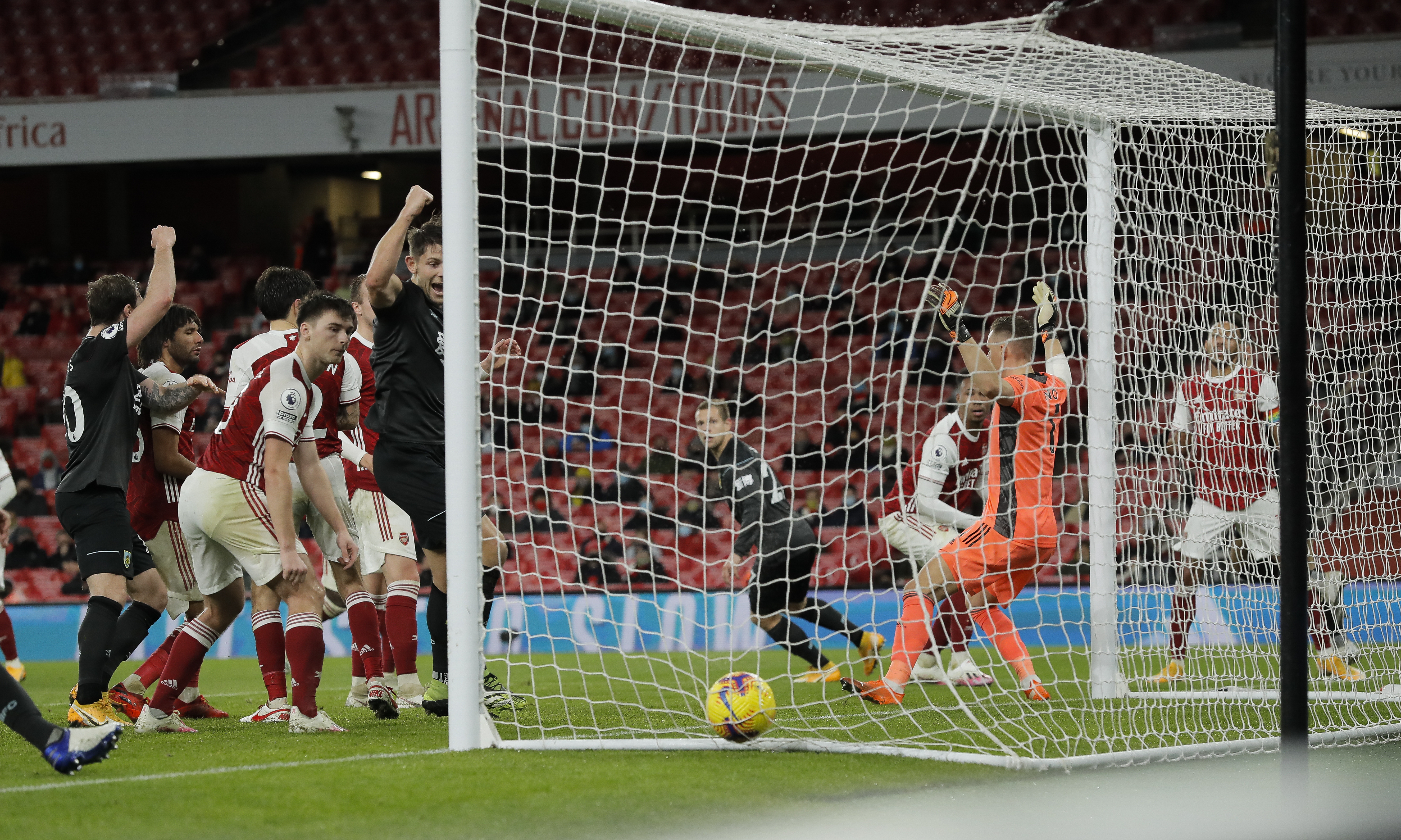 Burnley took the lead when Aubameyang headed past his own keeperCredit: Guardian News & Media / Free to use by all titles in perpetuity under NMC agreement

That added to a disastrous second half for the Gunners who also saw Granit Xhaka sent off after a VAR review.

He was originally given a yellow card for a foul on Dwight McNeill, but then clashed with Ashley Westwood as players started a shoving match.

Xhaka placed his hand around Westwood’s throat which ultimately saw the card upgraded to a red.

Aubameyang’s last goal from open play at the right end for the Gunners came back on September 12 in a 3-0 away win at Fulham.

Unfortunately for the 31-year-old Gabon international, that means he has scored more goals for opposition teams than he has for Arsenal at the Emirates this season.

Arsenal failed to find an equaliser as they fell to another dismal home defeat.

It was Burnley’s first away win of the season that helped them out of the bottom three. 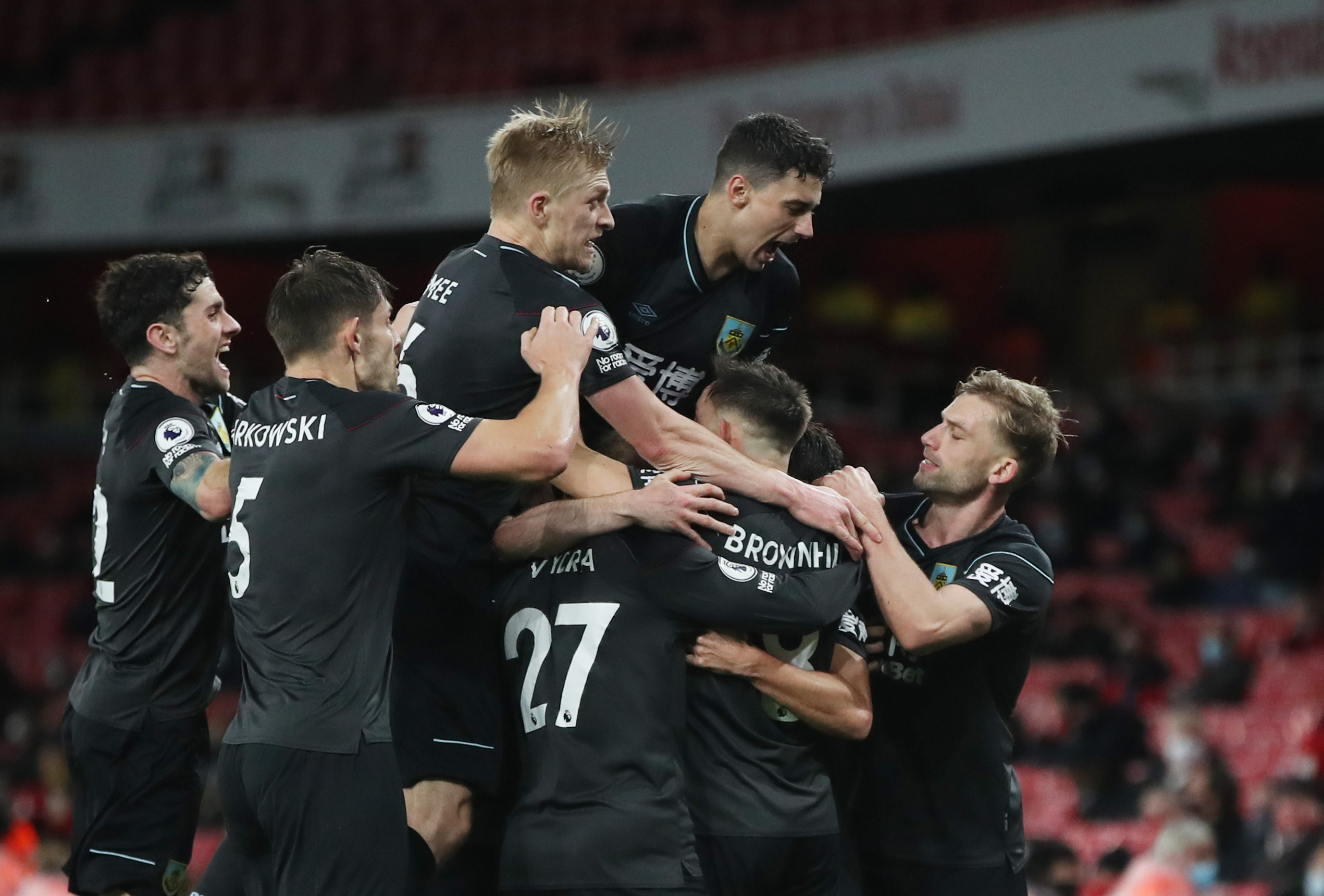 Burnley couldn’t believe their luck but it was a beautiful free-kick inCredit: Reuters

The result will heap more pressure on Gunners boss Mikel Arteta with his side languishing down in 15th place.

Before the game the Spaniard had described it as a must-win following the abysmal showing in the North London derby defeat to Spurs.

But once again he was let down by his players, notably Xhaka, and is fighting for his job.