Luke Shaw’s emphatic second-minute opener was cancelled out by Leonardo Bonucci bundling the Azzurri level as the Three Lions swapped early energy for backfoot nervousness in the second half. 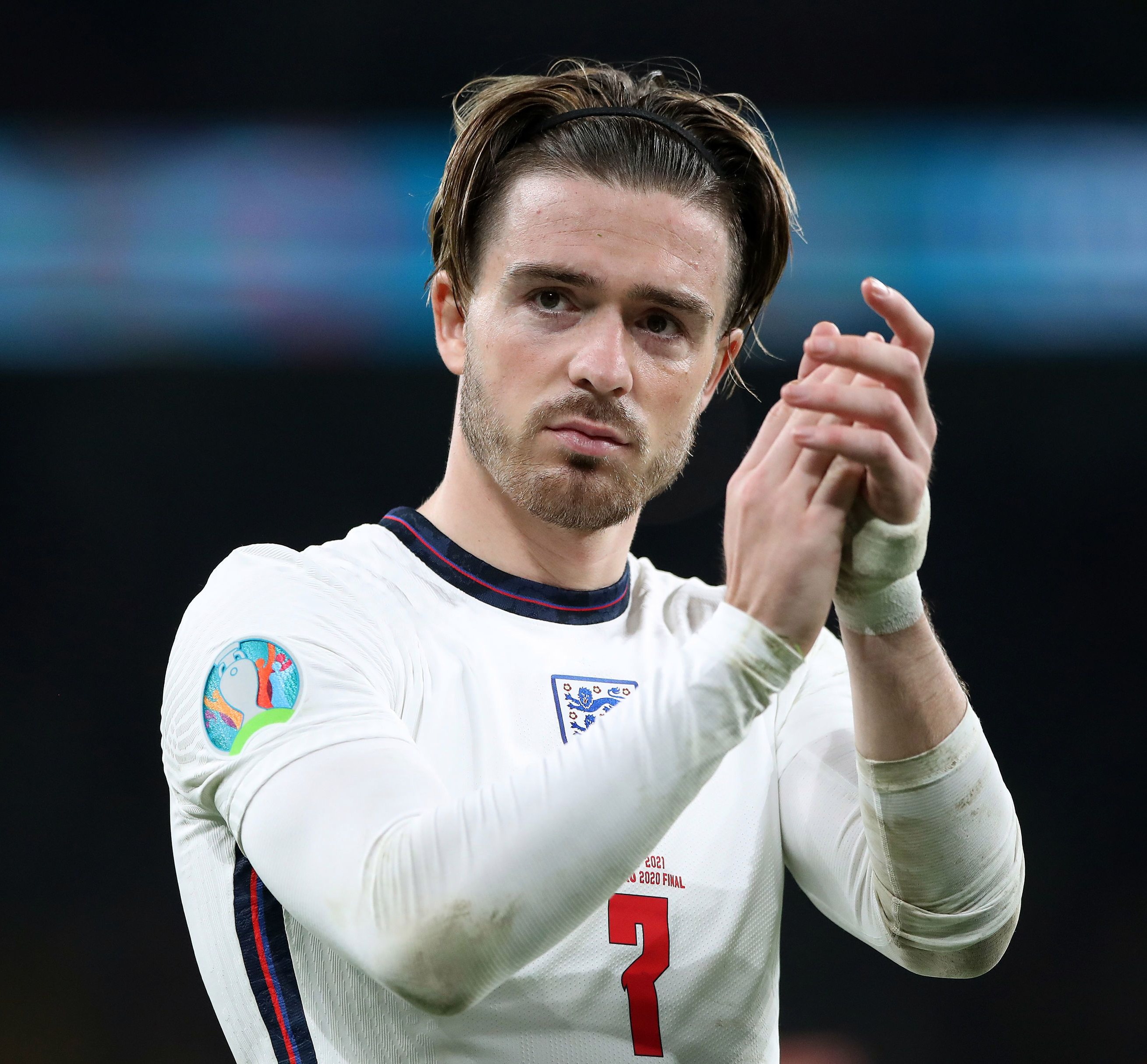 Jack Grealish came on to show glimpses of his genius but it proved too late to turn the tide as Italy eventually triumphed on penaltiesCredit: PA

And after a tense extra time, Italy lifted the trophy with a 3-2 shootout success as England subs Marcus Rashford, Jadon Sancho and Bukayo Saka all missed with poor spot-kicks.

IN the end his penalty heroics came to little because of two silly substitutions. But sbould be proud. It is not just the keeper’s hair which has grown during these Finals.

YOU’LL never beat Kyle Walker (except for once in extra time)! But it was another assured performance from the pacey Manchester City defender.

Another City defender, another outstanding display. Incredible to think he was not even in the picture for club or country not so long ago.

DESERVES all the vodkas and Jager’s for his defensive display and coolness in shootout.

HE set up Shaw’s opener and his deliveries caused the Italians problems in the first half before he was subbed in the second.

THE Leeds ace went toe-to-toe with the Italy’s midfield and gave everything. Shame it neant nothing in the end.

WAS England’s best player before he was replaced by Jordan Henderson in the 74th minute.

CAPPED a fine Euro 2020 with his second-minute screamer. Shame England never built on it. 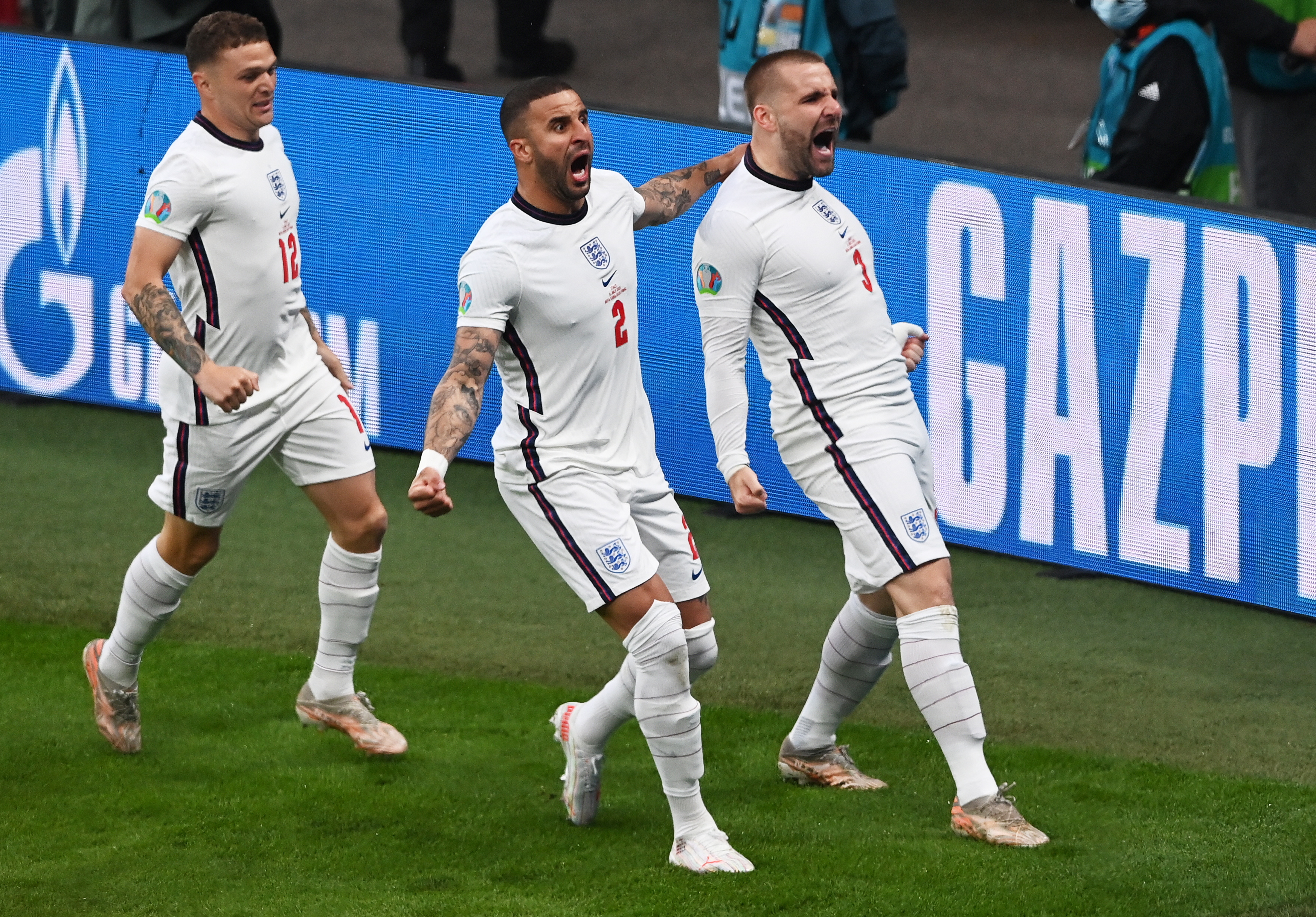 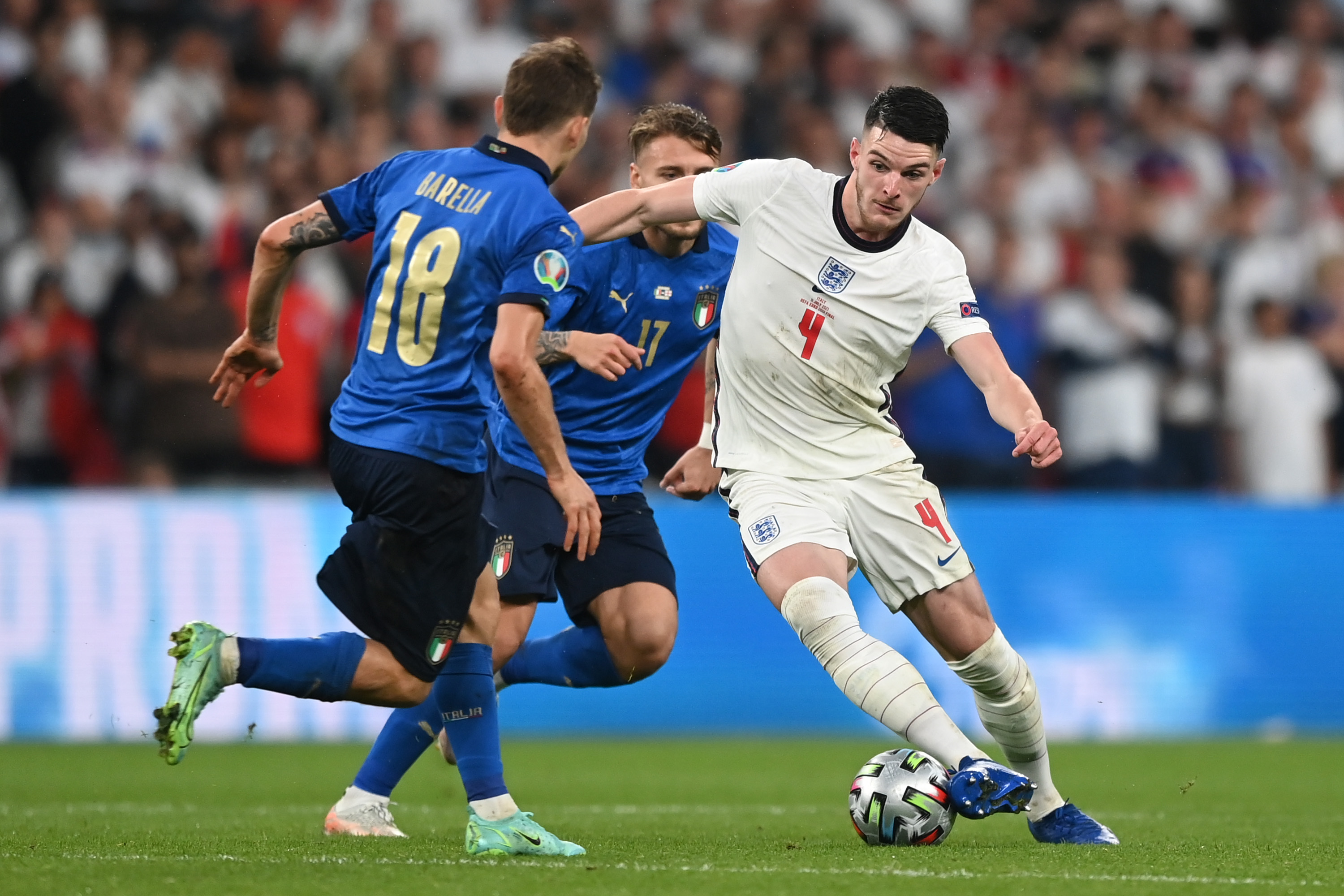 Declan Rice was impressive in the centre of midfield for the Three LionsCredit: Getty

THE CHELSEA attacker put in another lung-busting shift but did not react quick enough for Italy’s equaliser.

SKIPPER started well with a brilliant pass to Trippier for Shaw’s opener, but was well shackled by the Italian defence and like his team faded. Pen never in doubt.

HAD been hailed as England’s player of the tournament but we saw only flashes of his brilliance. Scuffs too many final balls. 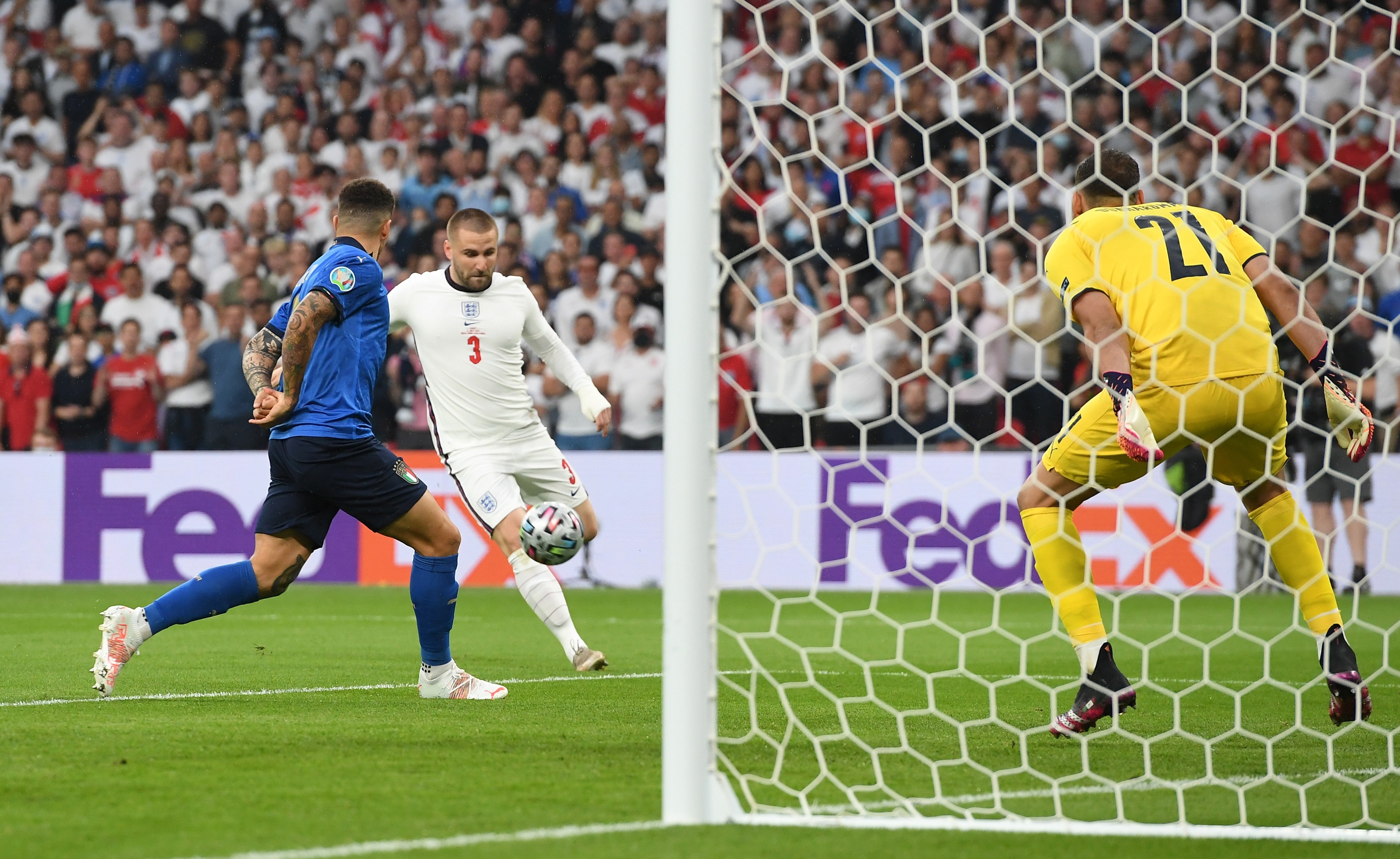 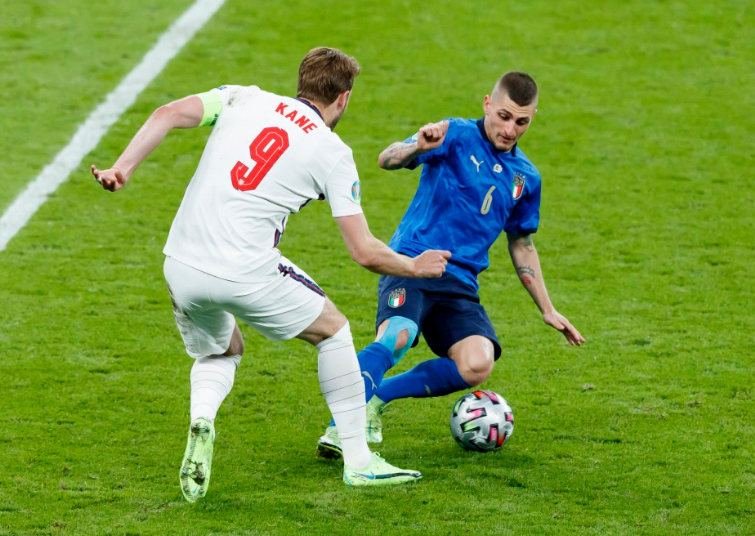 Harry Kane toiled up front for England against Italy 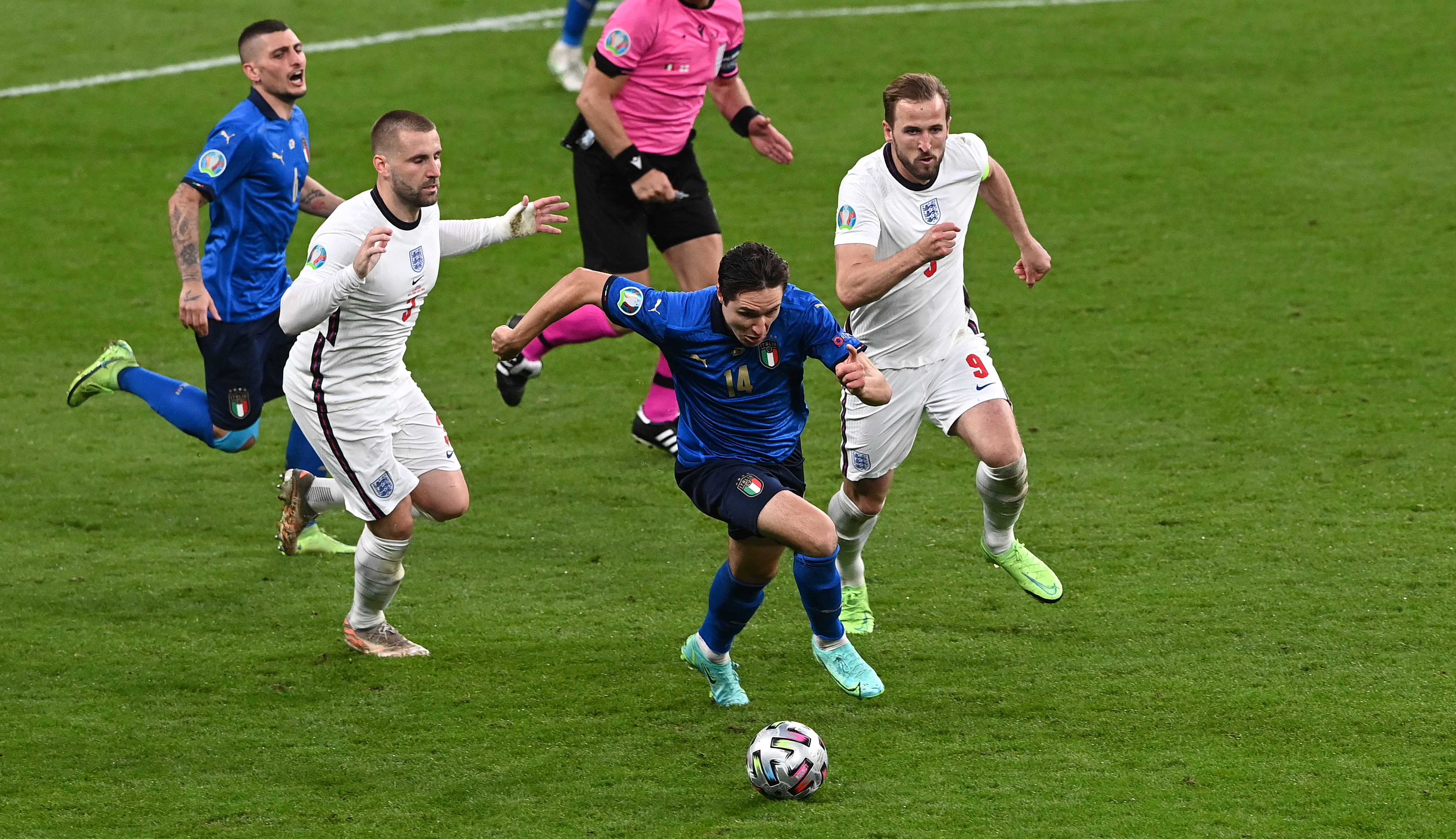 THE Arsenal man was sent on to lift the lads after Italy’s leveller and showed some nice touches, except for his decisive pen.

THE LIverpool skipper’s experience could not help restore the Three Lions’ lead before he became a last-gasp sacrificial sub.

VILLA’S maverick tried his best to spark England back into life. Should have been sent on earlier.

SENT on specifically for the penalty shootout and hit the post. Football is cruel but such substitutions are risky.

ANOTHER who proved the folly of the penalty sub. It ain’t the blooming NFL.