NICOLAS PEPE answered Mikel Arteta’s call to arms to fire Arsenal into the last 32 of the Europa League with two games to spare.

The Gunners’ £72million record signing had been ordered to make amends for his weekend madness after being sent-off for butting Ezgjan Alioska during the goalless draw at Leeds. 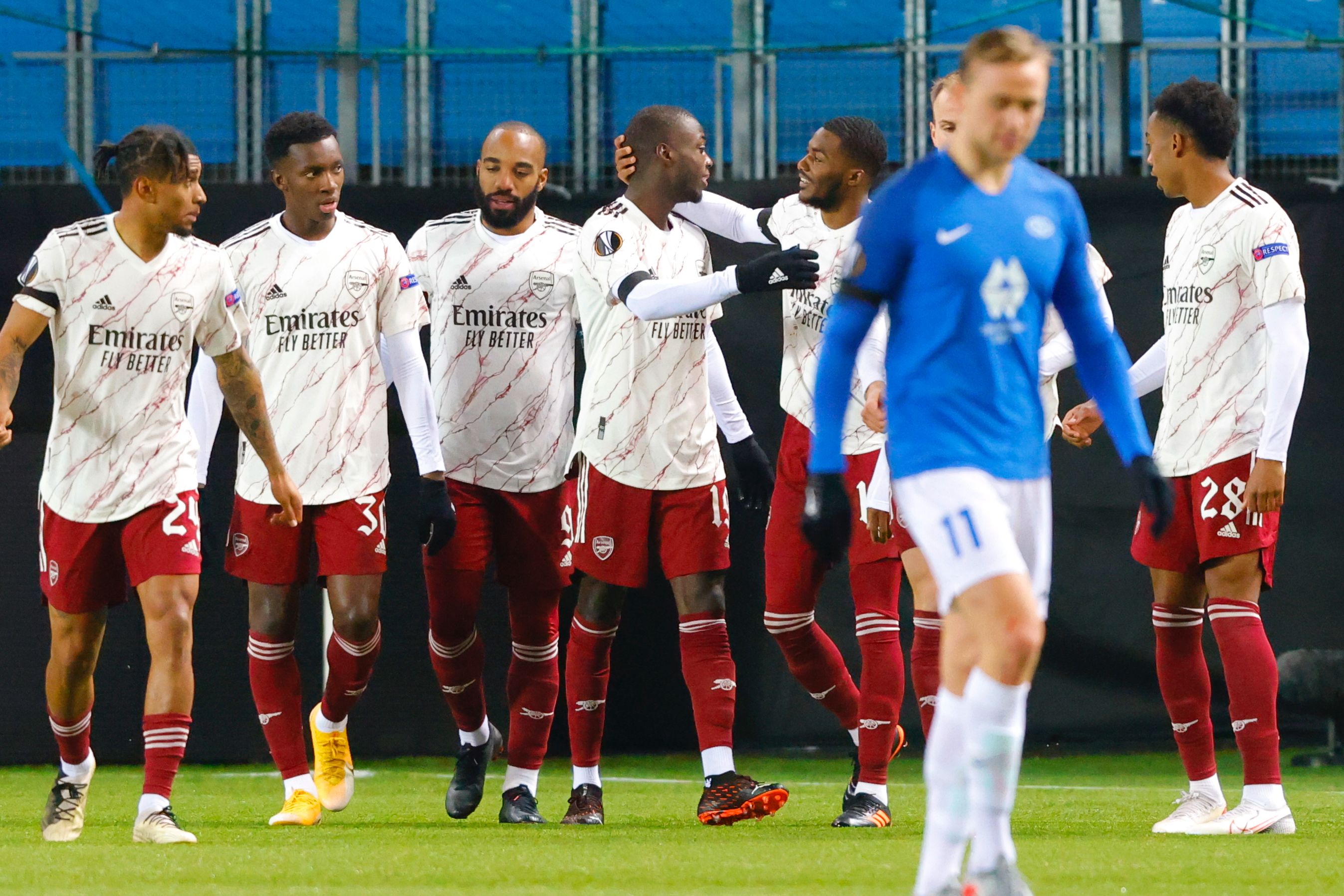 Nicolas Pepe made up for his Leeds headbutt by scoring against MoldeCredit: Svein Ove Ekornesvåg / NTB 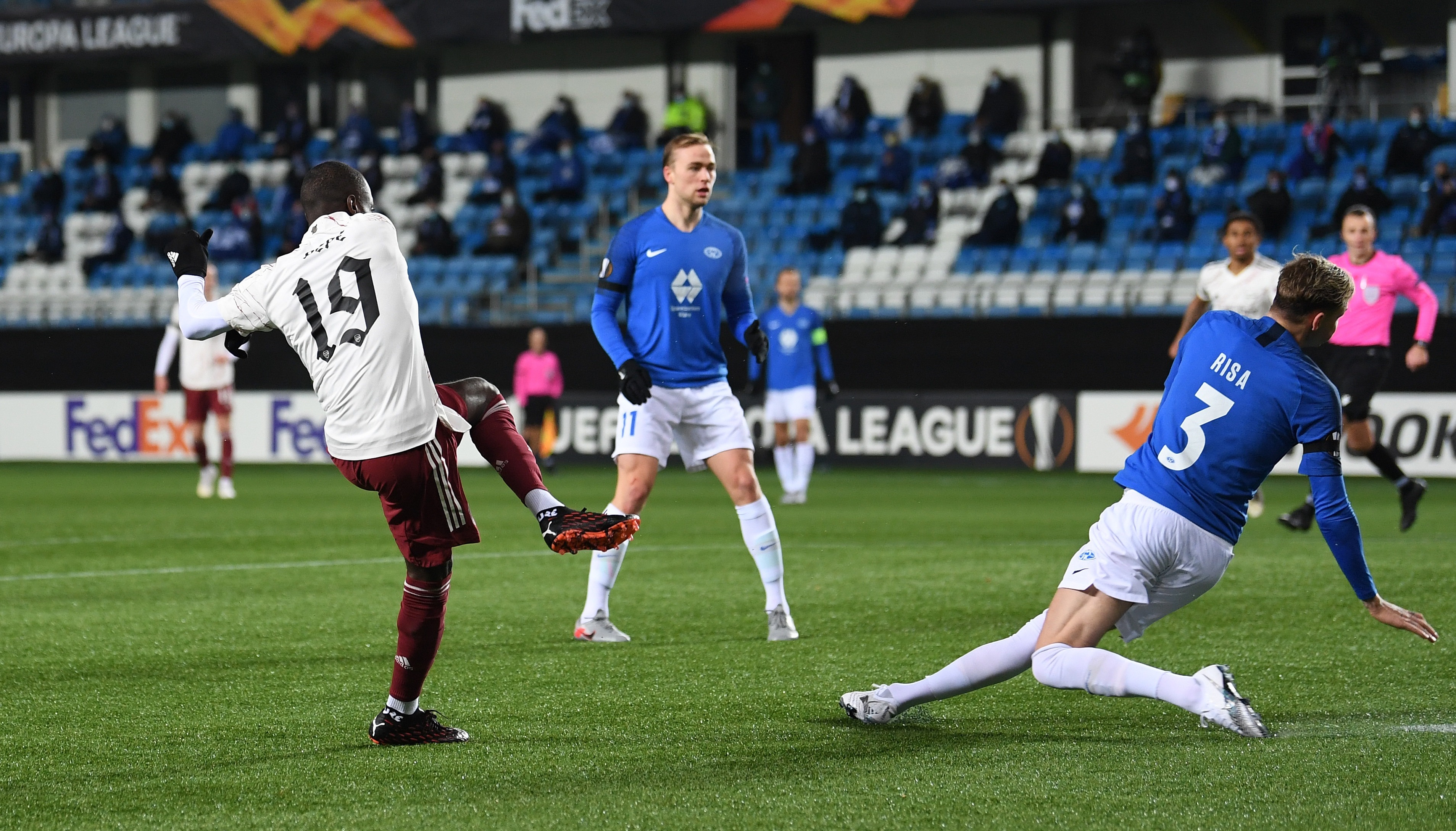 Mikel Arteta wanted to see the best of Pepe and finally got it in NorwayCredit: Getty Images – Getty

And that was exactly what he did with the breakthrough goal to set Arteta’s team on their way to a fourth straight group win.

Pepe struck in the 50th minute when he curled a precise shot inside the far post after Molde defender Birk Risa made a complete mess of Reiss Nelson’s cross.

It came just seconds after he had seen another left-foot special strike the bar and bounce down onto the goal-line.

And Pepe’s fourth goal of the season opened the floodgates for an Arsenal team who have been struggling for goals in the Premier League but are a  completely different proposition in Europe.

The impressive Nelson doubled their lead when he got ahead of his marker to force Joe Willock’s 55th minute low cross over the line.

And Eddie Nketiah should have killed the game off three minutes later but headed over from another pinpoint cross from the lively Pepe.

But Arsenal were still not ready to put their feet up and claimed the third goal their efforts deserved when substitute Folarin Balogun scored within seconds of replacing Nketiah.

The 19-year-old striker swivelled onto a low cross from fellow sub Emile Smith Rowe to hammer home the first goal of his Arsenal career. 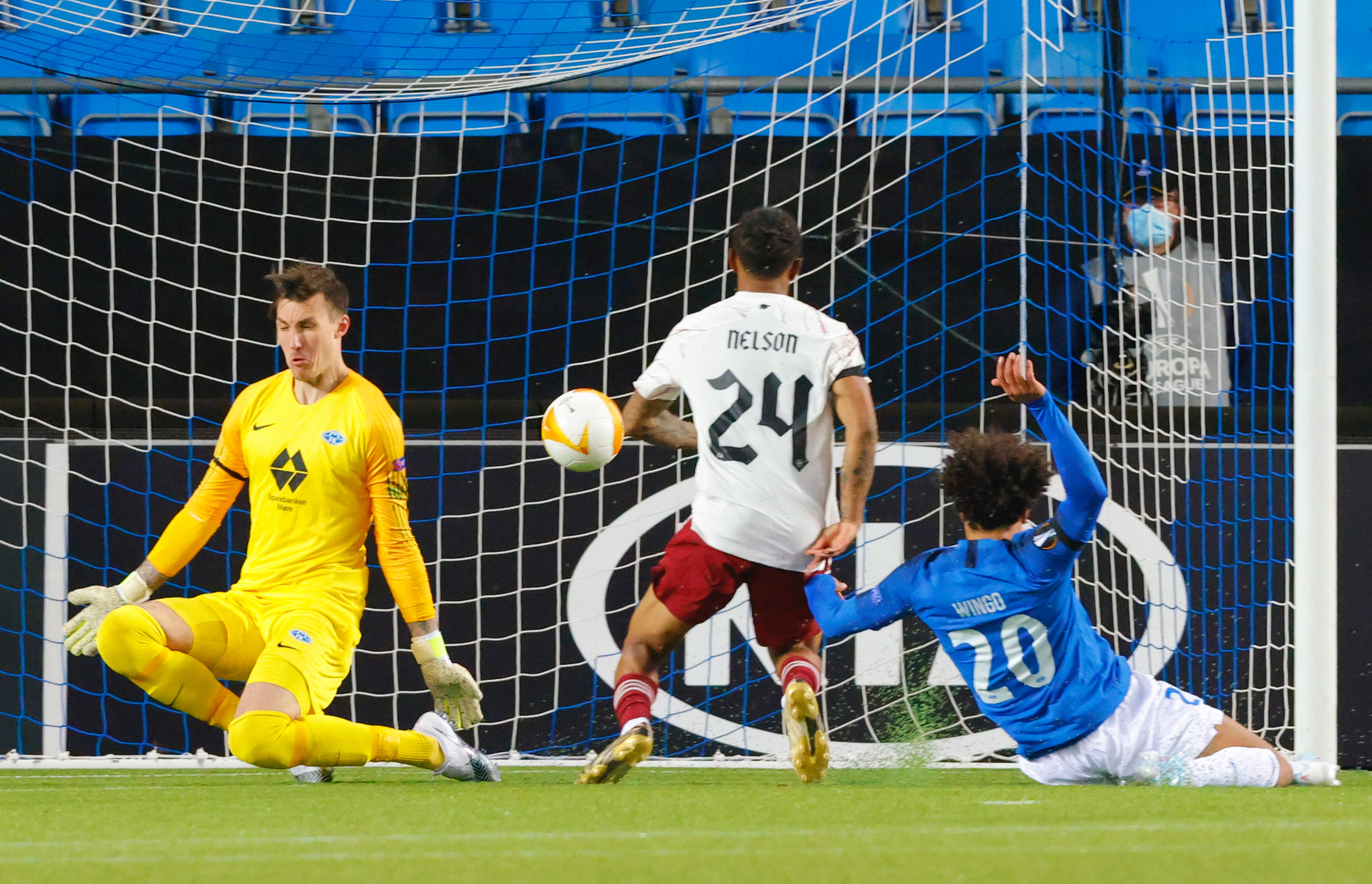 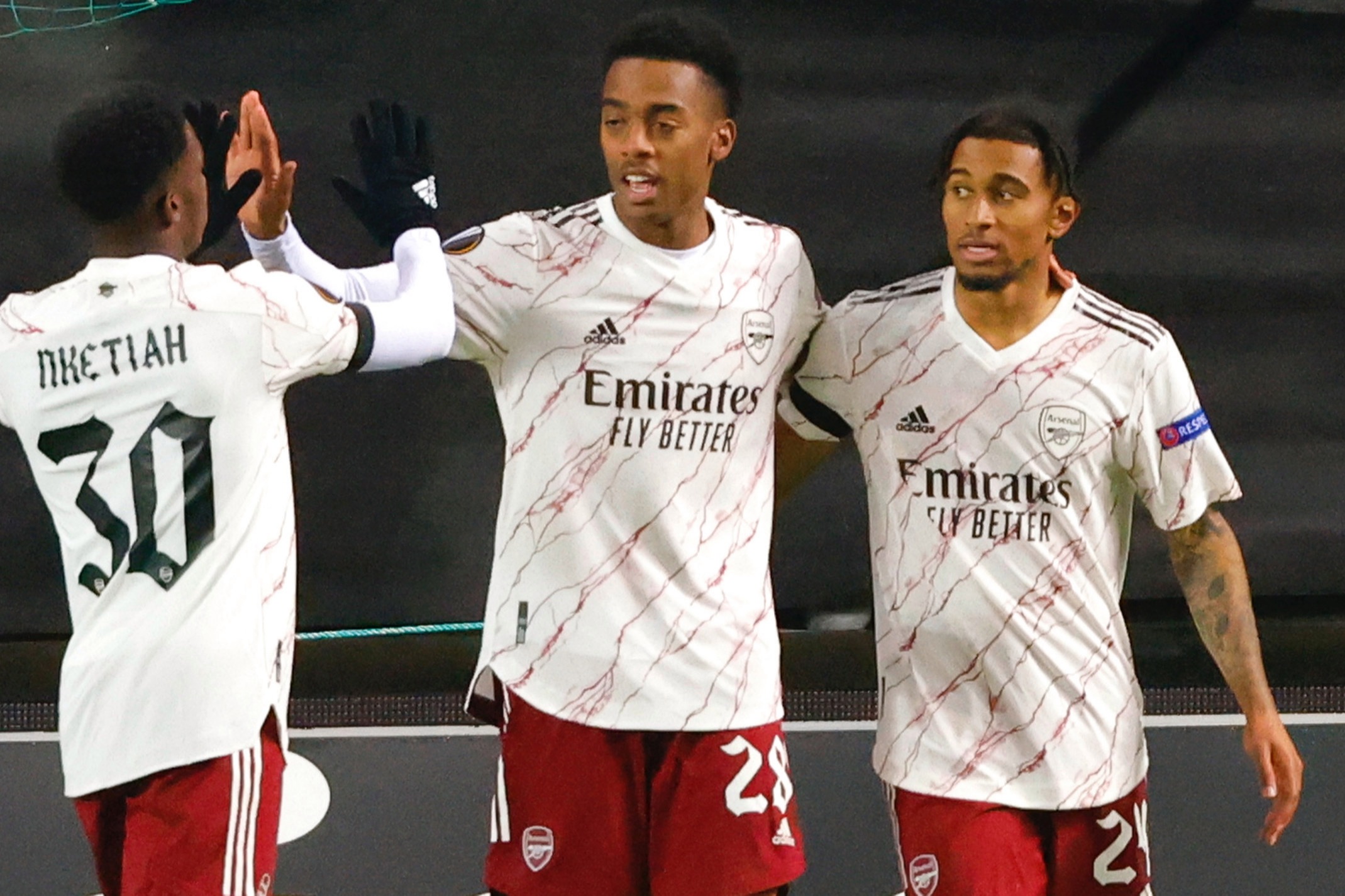 The Gunners can now look forward to playing in the knockout stage next yearCredit: Reuters

Yet it might just have been a very different story had Molde not squandered a glorious 15th minute opportunity to take the lead.

Eirik Helstad drilled the ball towards the back post where Sheriff Sinyan slid in and from a yard out rolled his shot right across the face of the empty goal into the arms of grateful keeper Alex Runarsson.

It was Sinyan who scored one of the two own-goals which set Arsenal on their way to a 4-1 win at the Emirates three weeks ago but this was even more of a gift for the Gunners.

But that was just about the only time Arteta was troubled all evening apart from the half-time substitution of David Luiz following an earlier clash of heads. 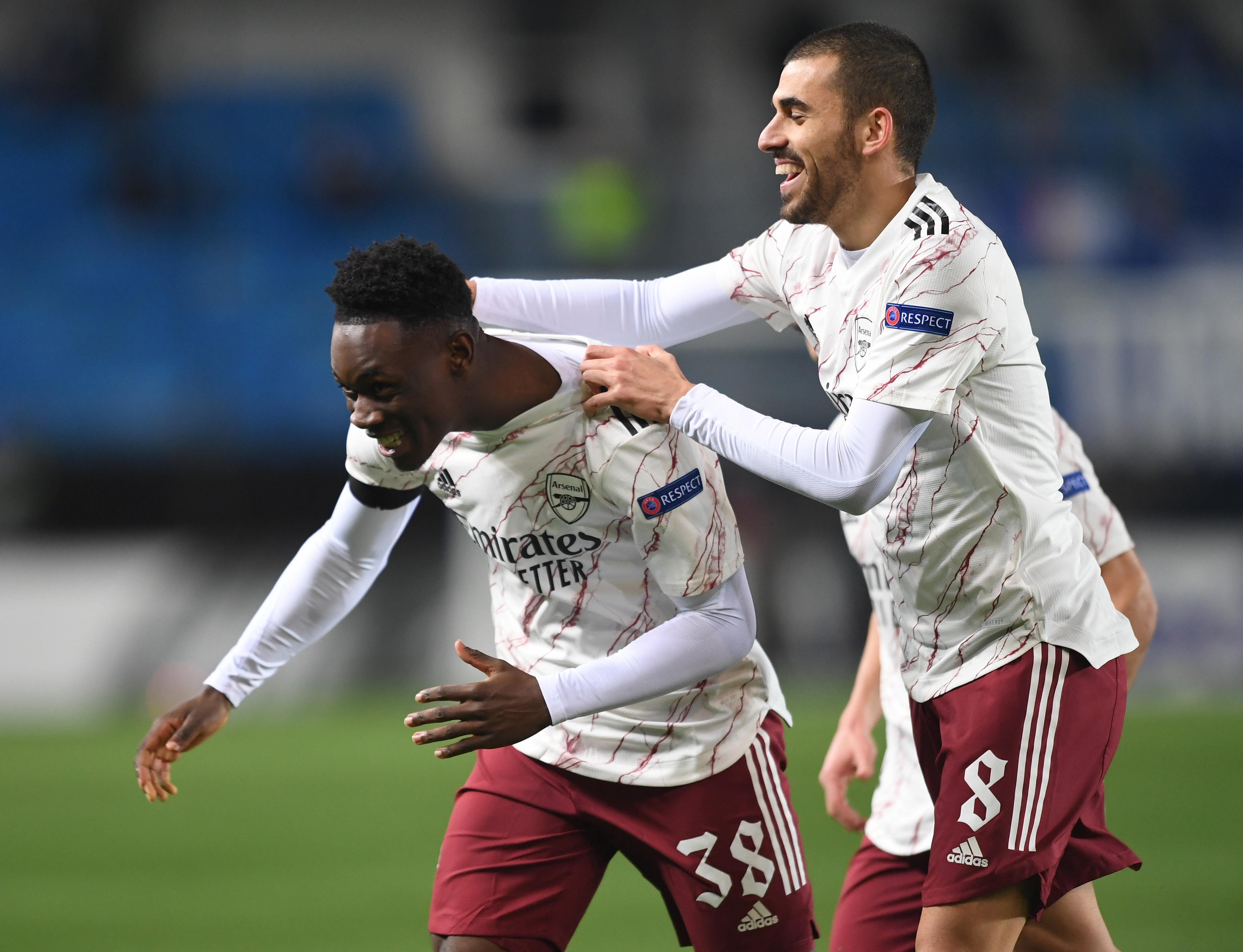 Folarin Balogun netted late on after coming off the benchCredit: Getty Images – Getty 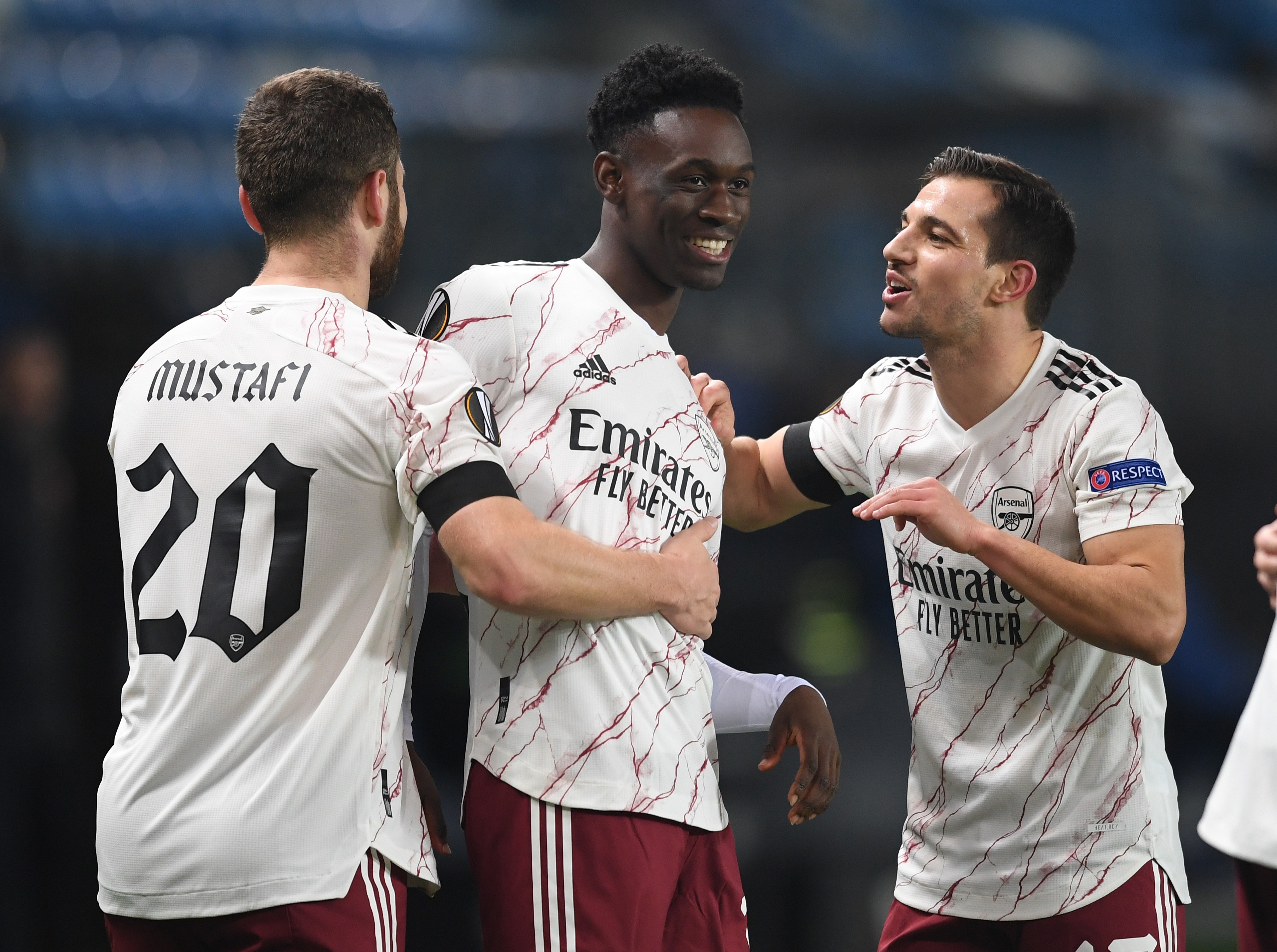 Balogun’s teammates were delighted with his impactCredit: Getty Images – Getty