MANCHESTER City manager Pep Guardiola went through a rollercoaster of emotions as he saw his team draw 2-2 with West Ham.

Pep Guardiola went through a rollercoaster of emotions as Man City drew 2-2 with West HamCredit: Reuters 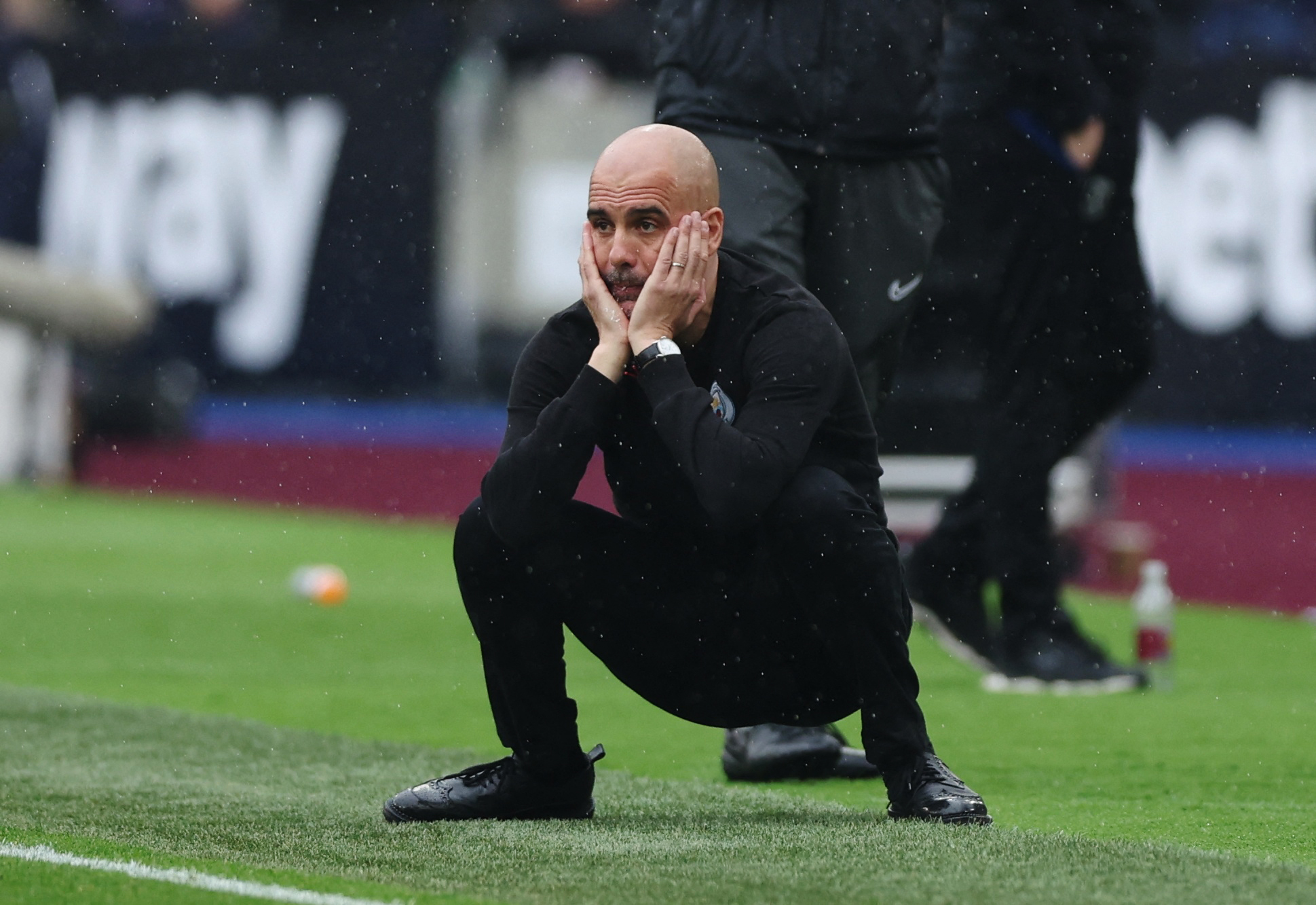 Guardiola looks on in despair as his team went 2-0 down in the first-halfCredit: Reuters 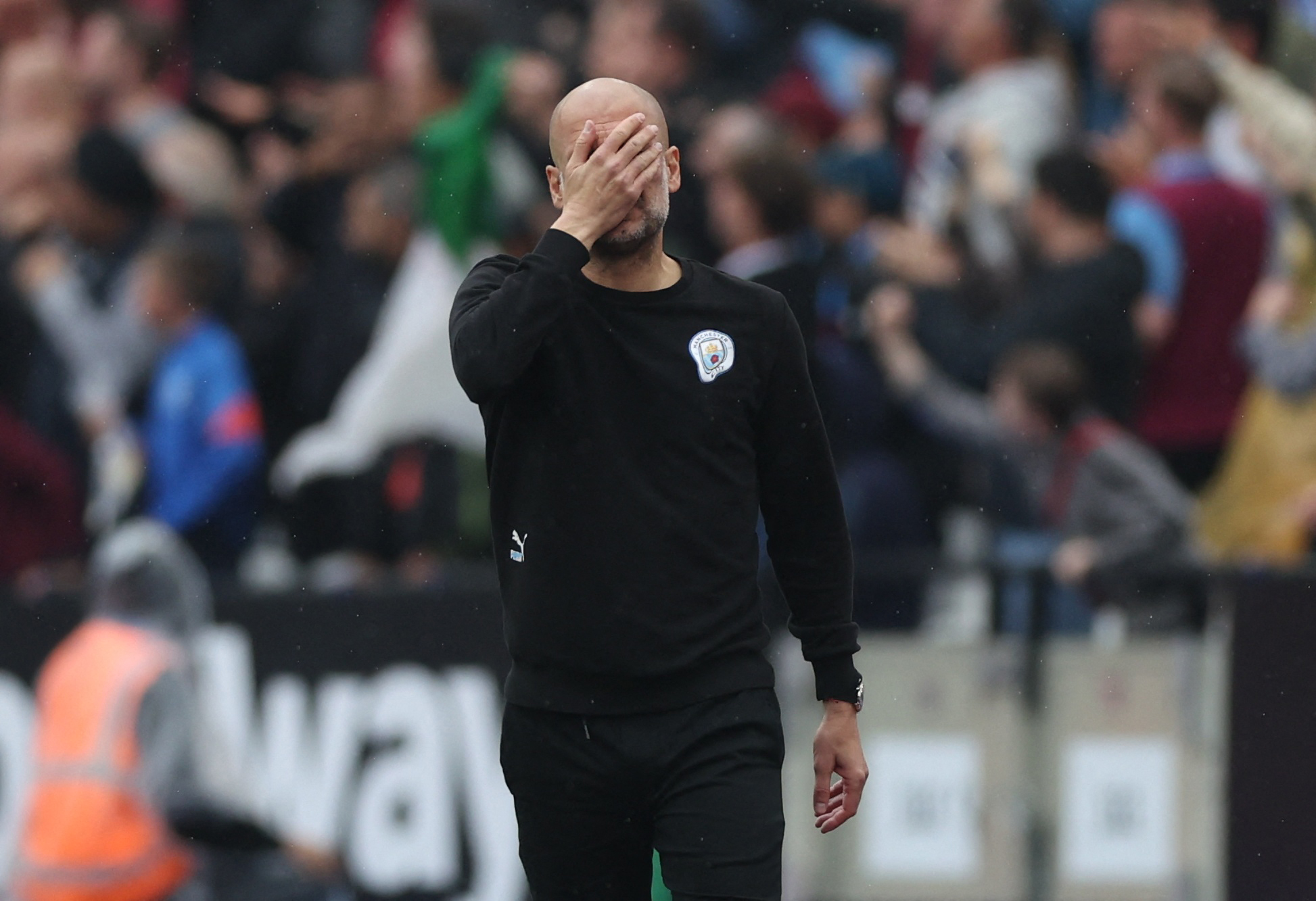 Pep later had to face palm after Riyad Mahrez missed a late penalty which would have won City the game and put one hand on the Premier League titleCredit: Reuters 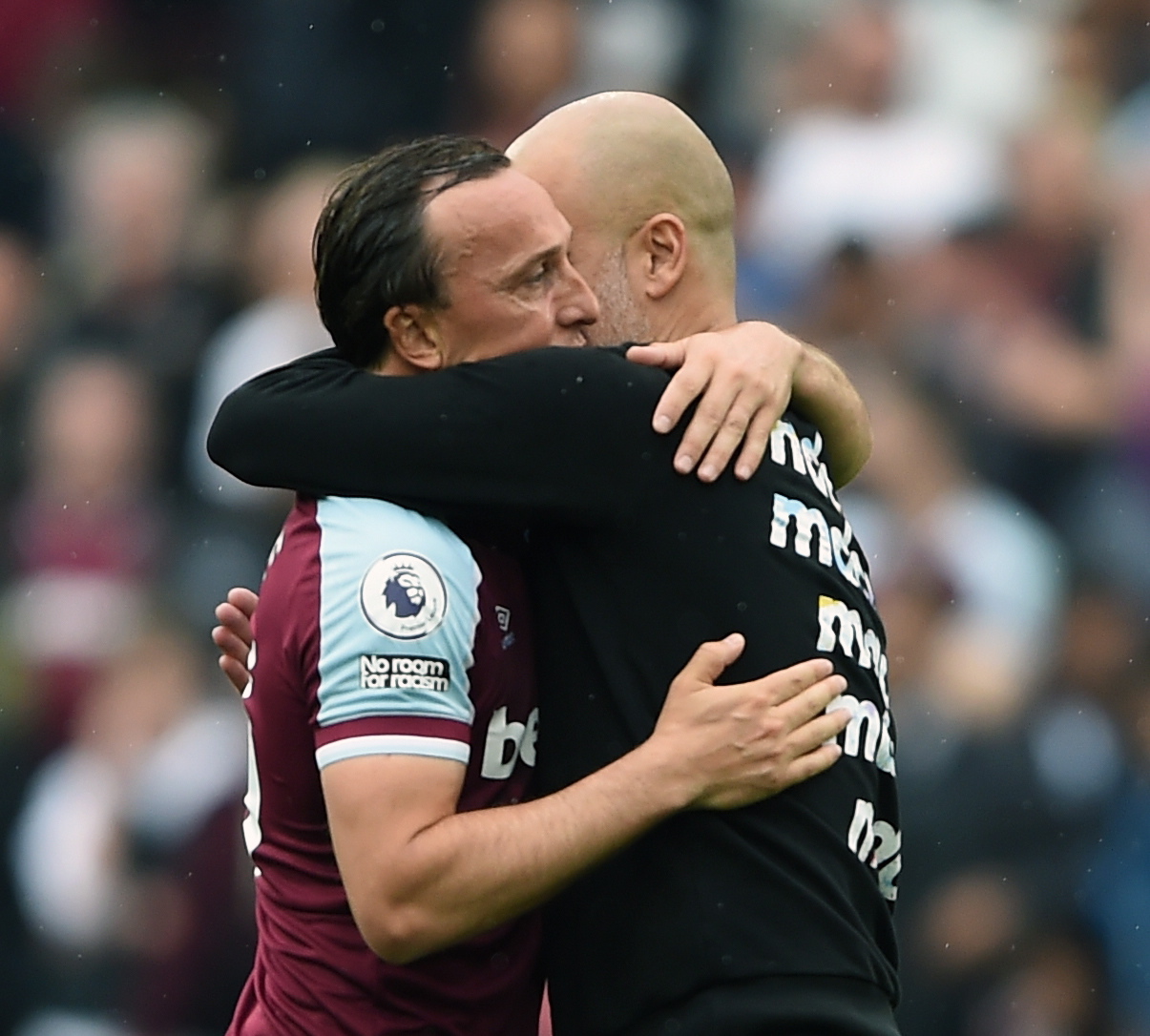 Guardiola spoke to West Ham captain Mark Noble as he came on for his final home game for West HamCredit: EPA

But goals from Jack Grealish and a Vladimir Coufal ensured a Jekyll and Hyde mood for the Spaniard as the afternoon progressed with the title pendulum swinging back in their favour.

Had Riyad Mahrez converted his late penalty – after Craig Dawson fouled Gabriel Jesus – Guardiola’s emotions may well have gone into overdrive, but alas Lukasz Fabianski had other ideas.

Pep even had time to share an emotional embrace with West Ham skipper Mark Noble, who is retiring at the end of the season and made his final appearance in front of his home fans.

Makeshift centre-half Fernandinho had a particularly tough time dealing with Bowen, who was able to time his runs perfectly and exploit the space behind the City defence for both goals. 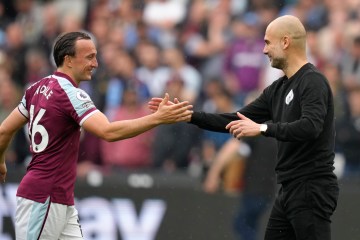 Thanks to his brace the Player of the Season nominee had – for a fleeting 40 minutes – blown the title race wide open.

However, a deflected shot from Grealish shortly after the restart managed to beat goalkeeper Fabianski and find its way into the net.

Coufal’s headed own goal from a deep free-kick 20 minutes from the end then gave City hope of a winner.

City thought they were about to complete the comeback when Mahrez stepped up for a penalty kick in the 86th minute – only for Fabianski to save the kick and keep the game level.

It means City move four points clear of Liverpool, who have a game in hand.

Liverpool are hunting down an unprecedented quadruple and following victory over Chelsea in the FA Cup on Saturday they already have their hands on two trophies.

Liverpool must now win their remaining two games to stand any chance of winning a second title in three years under Jurgen Klopp.

Meanwhile, West Ham must now hope Manchester United drop points on the final day if they are to play Europa League football next season, with two points separating the teams for sixth place.