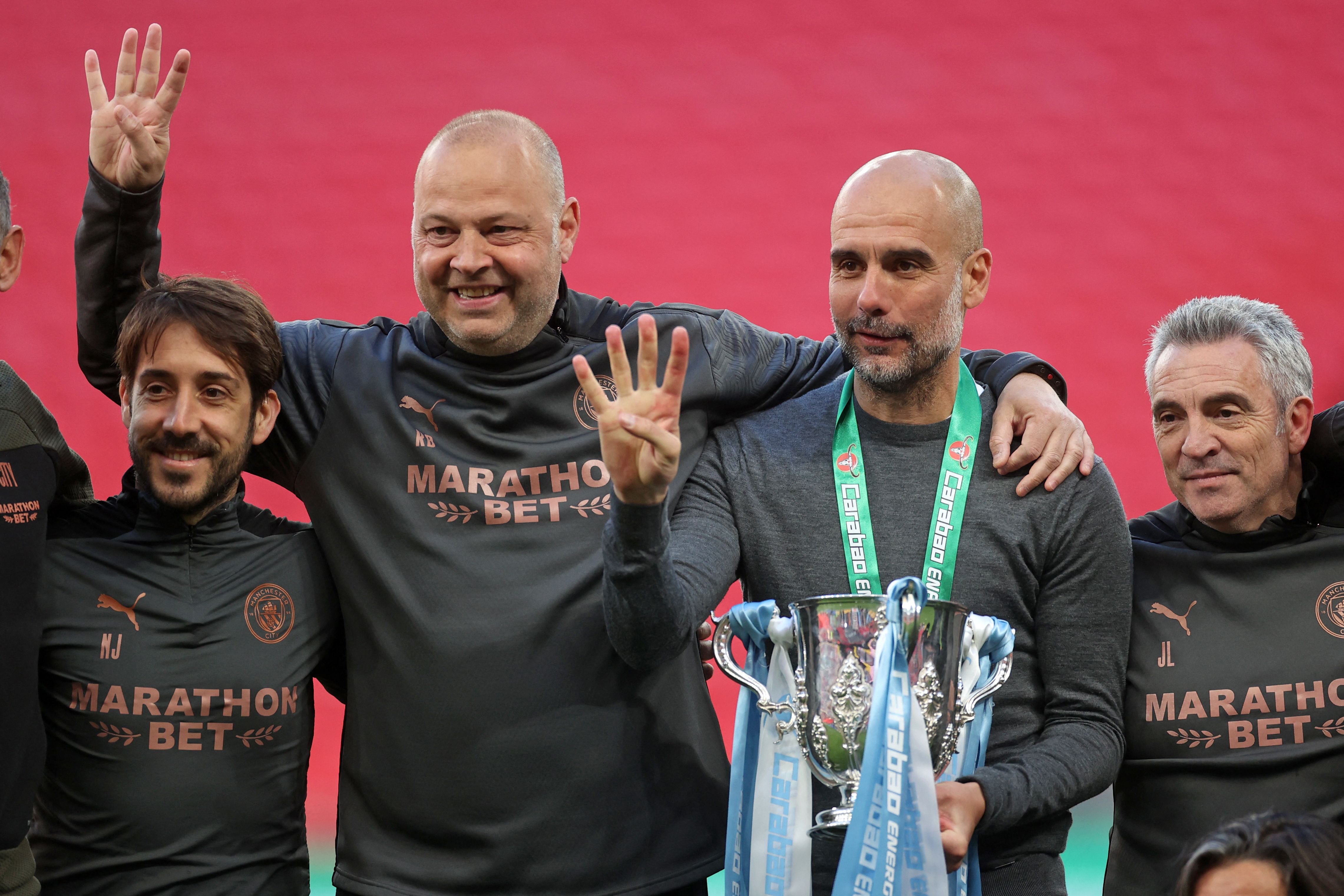 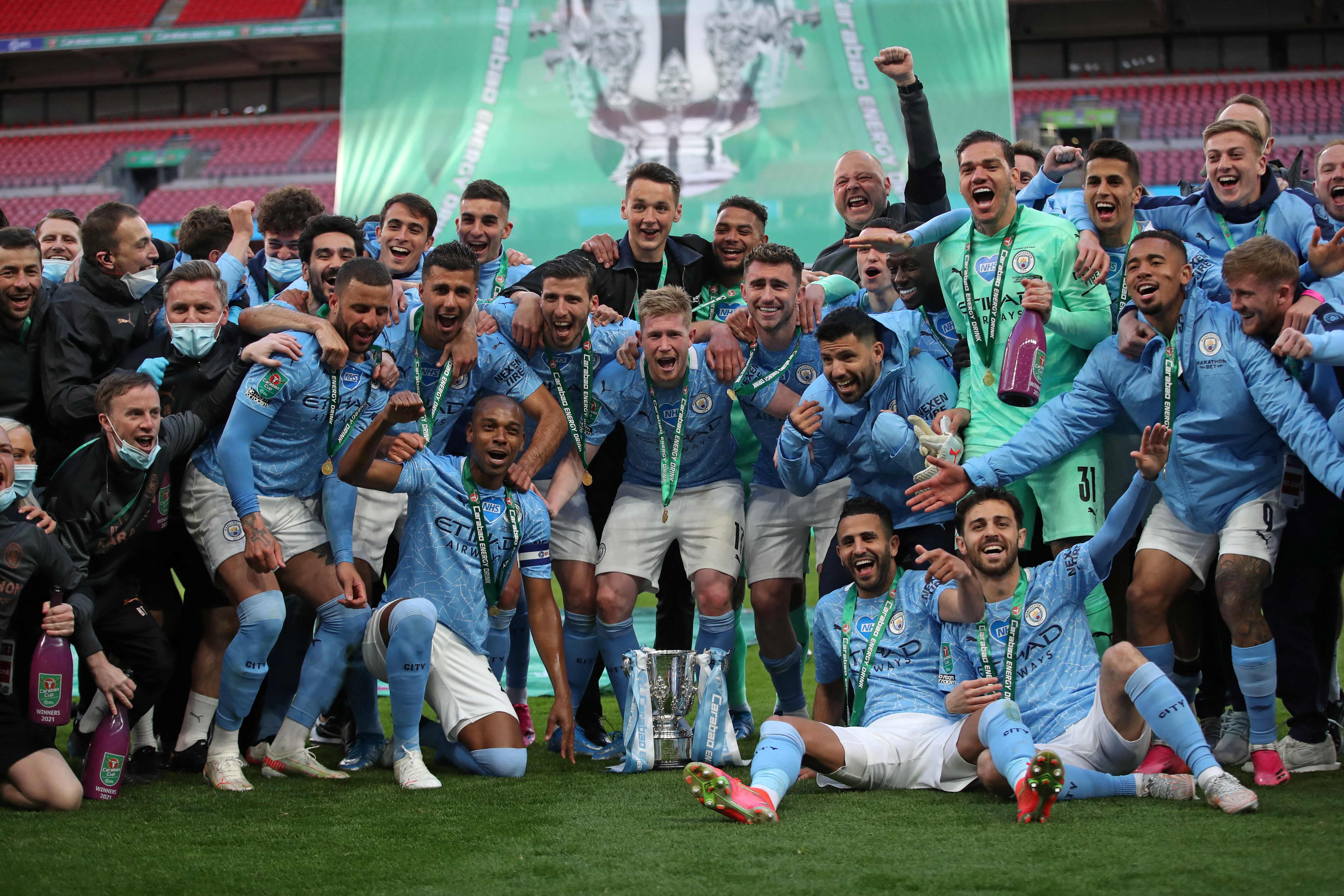 Pep became the first boss to win four in a row with a 1-0 win against SpursCredit: AFP

It was also City’s record-equalling eighth triumph in the competition and their fourth in a row to match Liverpool’s feat of 81-84.

Guardiola, whose side can seal the club’s seventh title next Sunday, said: “To win this cup four times in a row is amazing in this period in lockdown with everyone suffering.

“It was more than well deserved and it was good for us to share it with our people.

“There was some good noise inside the stadium and we did it for them.

“We went out to play at an incredible level, with incredible quality.”

Laporte may have got the winner but it was Riyad Mahrez who took the official player of the match award.

Asked about his trophy haul, the Spaniard added: “It is good. I was at big clubs Barcelona, Bayern and here, so that is why it was easy to do it.”

It was a good day all round for City after  United’s failure to beat Leeds earlier in the afternoon put them within two wins of reclaiming the Premier League crown.

City face a European semi-final double header against Paris Saint- Germain with a trip to Crystal Palace in the  middle on Saturday.

If City win at Selhurst Park and United lose to out-going champions  Liverpool on Sunday then Guardiola will claim a third title in four years.

But Guardiola insisted he never had any thoughts of going easy in order to prioritise the other two competitions.

He said: “We cannot deny one eye is always on the Champions League — but we take every game seriously, otherwise it is impossible to win four Carabao Cups in a row.

“We won the first one, we are close to a second one and we go to Paris for another one.

“After that, we are two games away from winning the most important title, the Premier League.”