PAUL POGBA’S personal trainer has claimed the midfielder will ‘no longer be a Manchester United player’ beyond this season.

The French ace, 28, is out of contract at the end of the season and looks destined to leave the club.

Paul Pogba will quit Man Utd in the summer, his personal trainer has claimedCredit: EPA

Pogba is already able to negotiate pre-contract terms with foreign clubs as the likes of Juventus, Paris Saint-Germain and Real Madrid chase his signature.

But amid a turnaround in fortunes under Ralf Rangnick, there have been murmurings Pogba could stay at Old Trafford in recent weeks.

However, his trainer ‘Coach Maddy’ has quashed that talk, admitting Pogba will leave at the end of his contract and even appeared to take a swipe at United for ‘wasting time on minor competitions’.

Maddy told Calciomercato: “Regarding Pogba, at the end of June he will no longer be a Manchester United player. 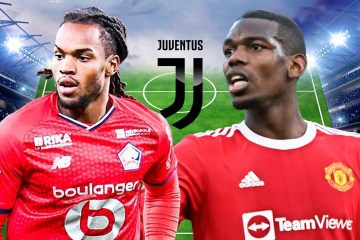 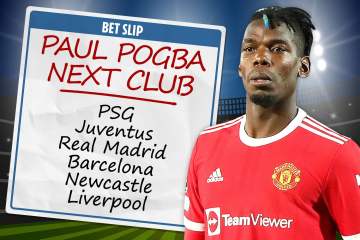 “I think it is right for him to look elsewhere, perhaps Manchester also wants to renew themselves and the most sensible thing is to separate.

“The time will come to change and try new challenges, new emotions, new environments for both Pogba and Manchester, to try something different and maybe they will both be happy.

“Right now, I think he’s enjoying himself, they have a good team, especially since [Cristiano] Ronaldo decided to return.

“The problem is that the results don’t come.

“A top player doesn’t waste his time on minor competitions, he wants to be motivated to play for ambitious trophies.”

Maddy went on to reveal Juventus and PSG are potential destinations for Pogba in the summer window.

But the trainer ruled out a move to long-term suitors Real Madrid because Zinedine Zidane is no longer in charge.

He continued: “Yes, yes. Paul can return to Juve, he has good relations with the Bianconeri.

“But he could also be at PSG… I think PSG needs a midfielder like him and he could go and play in France.

“At Real Madrid, I would exclude him because there is no longer Zidane… he would have gone only in that case.

“Juve or PSG at the moment, but you never know what can happen, we’ll see.”