The 28-year-old star has taken to social media once again to update United fans on his progress after suffering a thigh injury while on France duty. 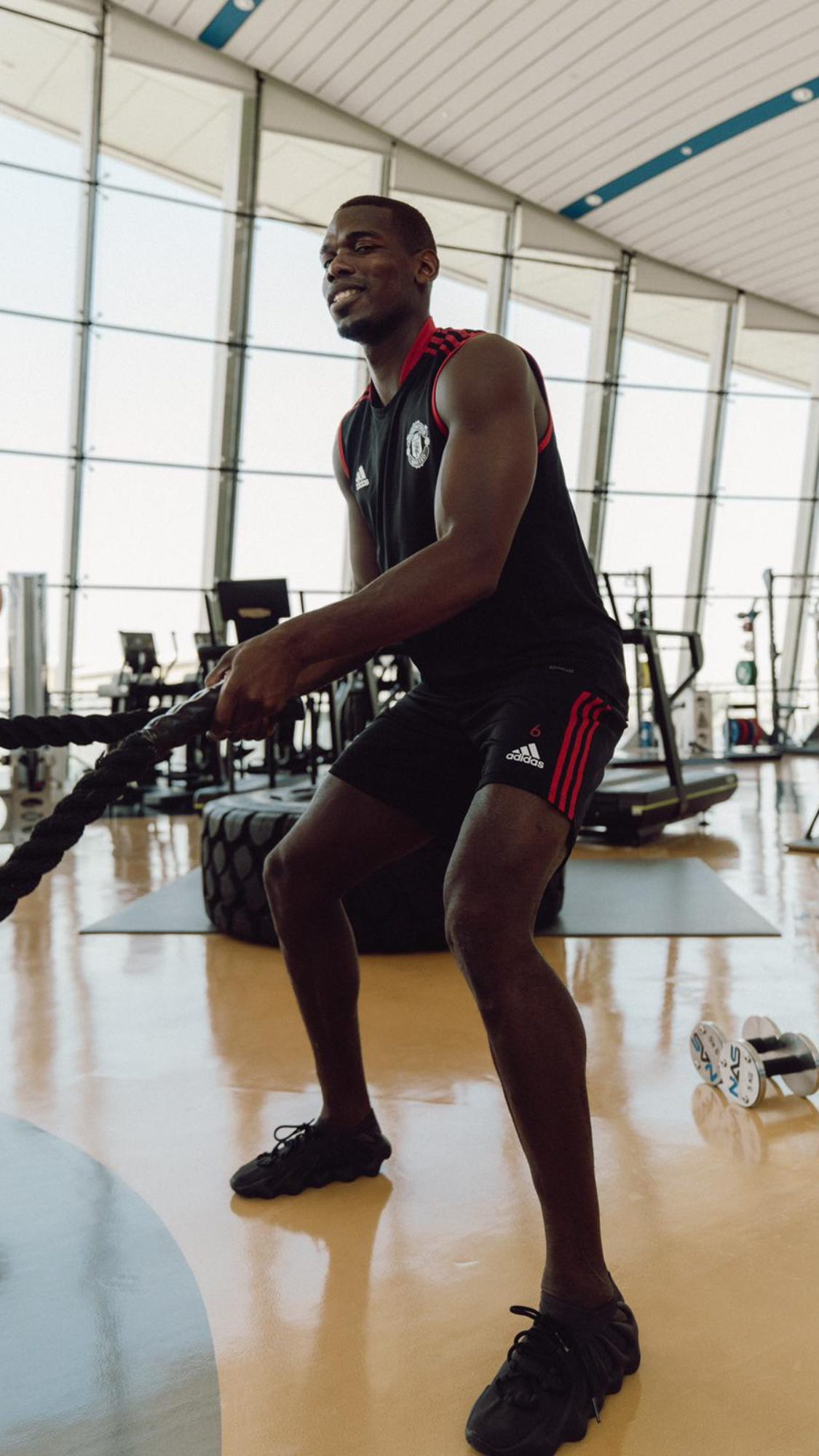 He has been keeping fans updated on his progress as he undergoes rehabilitationCredit: Instagram @paulpogba

After injuring himself while striking a ball in France trainingCredit: AFP

Pogba posted a picture on his Instagram story of himself stretching out his thigh as he continued his warm-weather training in Dubai.

And he simply captioned the picture ‘tic-tac’ – French for ‘tick-tock’ – with an hourglass emoji.

The midfielder is counting down the days until he can make his Manchester United return.

He is currently out in Dubai after jetting out to complete the first phase of his rehabilitation programme for the injury that could keep him out for two months.

United confirmed the news on Wednesday in a statement that read: “Manchester United midfielder Paul Pogba has travelled to Dubai to undertake the next phase of his rehabilitation in warm weather conditions.

“The 28-year-old reported for international duty with France at the beginning of last week and unfortunately suffered an injury while training.

“Pogba is now working diligently on his rehabilitation.”

Elsewhere his agent Mino Raiola has now also dropped the strongest hint yet that Pogba could leave United by declaring ‘December is the month of dreams’.

The alleged Juventus and Real Madrid target is free to talk to overseas clubs from January.

The midfielder is out of contract at Old Trafford at the end of the season with no news yet regarding an extension.

It means in theory Pogba could have already agreed terms with a new club before returning to action from injury.

During an interview with Italian channel Rai, he said: “December is the month of dreams… and I can’t stop dreams, but it is better to not speak about Paul.

“If some former Man United players don’t speak about me and Paul, they won’t work anymore.

“It’s too early to speak about Paul Pogba’s contract. Let’s see what happens. I can’t stop anyone from dreaming.”

Pogba limps off pitch after thigh injury in France training