PAUL GASCOIGNE has teased Peter Shilton over Diego Maradona’s Hand of God goal that ‘made’ the England goalkeeper.

The pair appeared on Good Morning Britain on Thursday in the aftermath of the Argentine legend’s death at the age of 60. 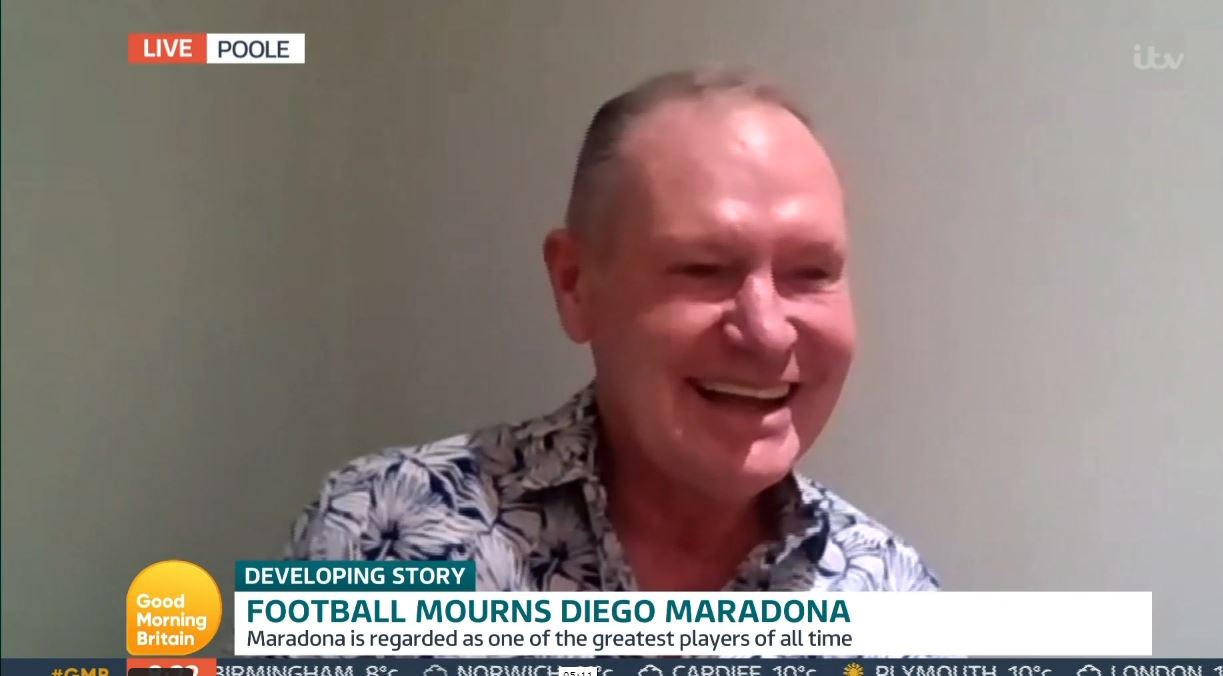 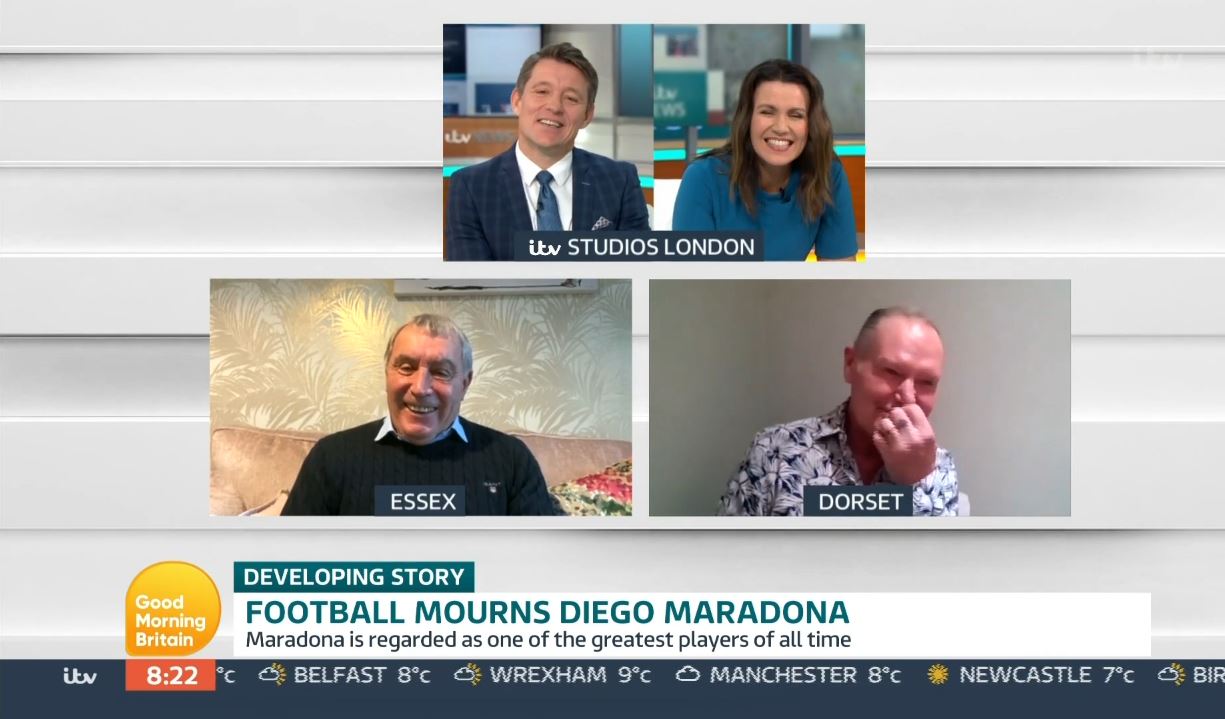 Fans and footballers alike are mourning Maradona’s passing after he suffered a heart attack in his home country.

The goalkeeper and his defence were beaten all ends up by a stunning solo effort, mere moments after the Napoli icon opened the scoring by infamously punching the ball into the net.

And Gazza, who played for England with Shilton in the years after that quarter-final, joked that it made the record caps holder famous.

The ex-midfielder said: “He was an icon, wasn’t he?

“People go on about the Hand of God, but it made Peter Shilton anyway.

GMB hosts Ben Shephard and Susanna Reid burst into laughter at the remark while Gascoigne giggled.

Shilton, 71, looked somewhat less pleased and joked about his long time in the game after the episode.

He replied: “Thanks for that Gazza, I did play for another 20 years or so after that.”

Still chuckling, Gazza recalled a remarkable encounter with Maradona while playing for Lazio.

A pre-season friendly between his side and the Argentine’s Sevilla in 1992 saw the maestros exchange pleasantries in the tunnel.

“But the president wanted to play against Maradona. So I went, ‘Okay then, I’ll meet you there’. 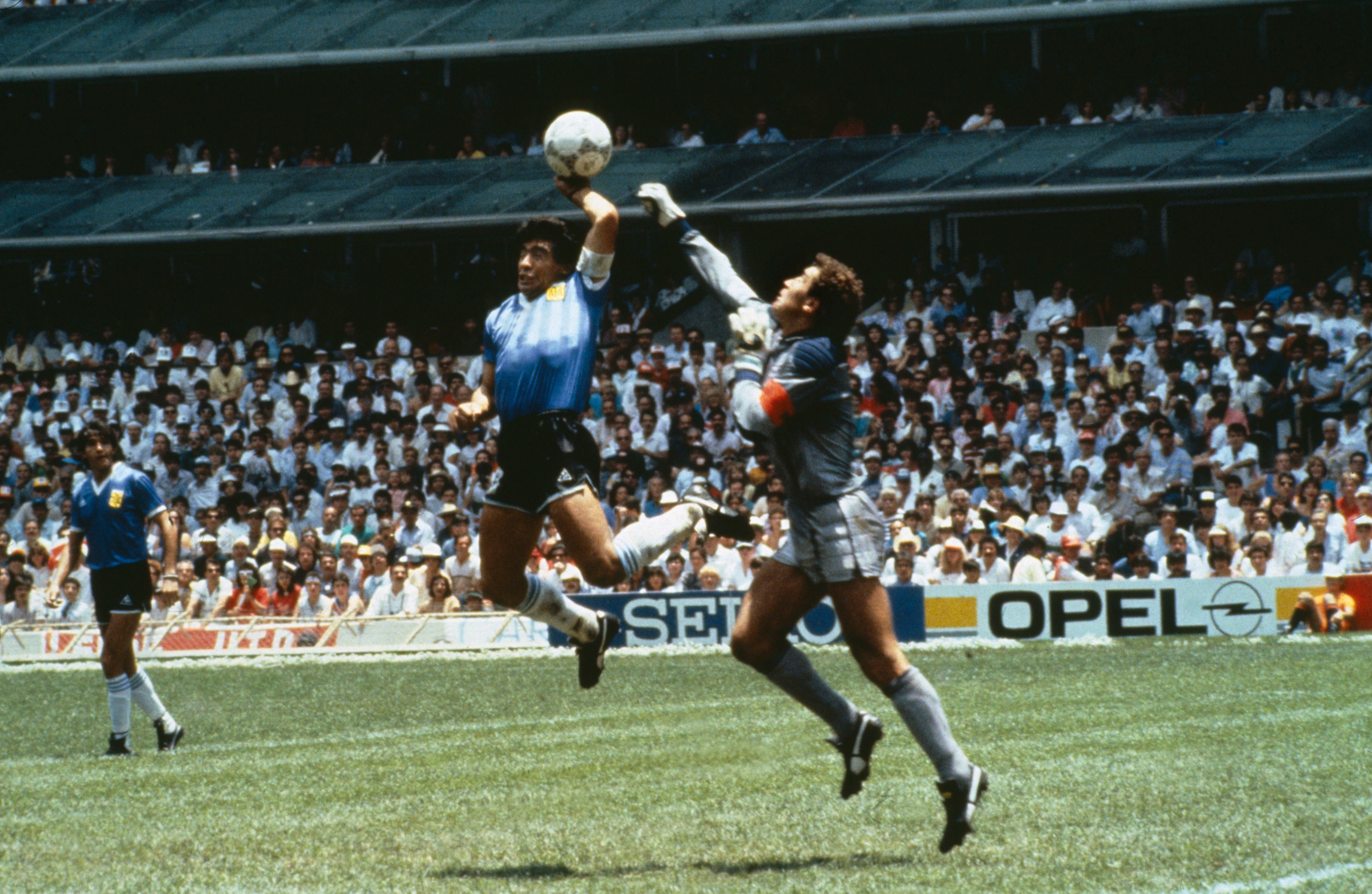 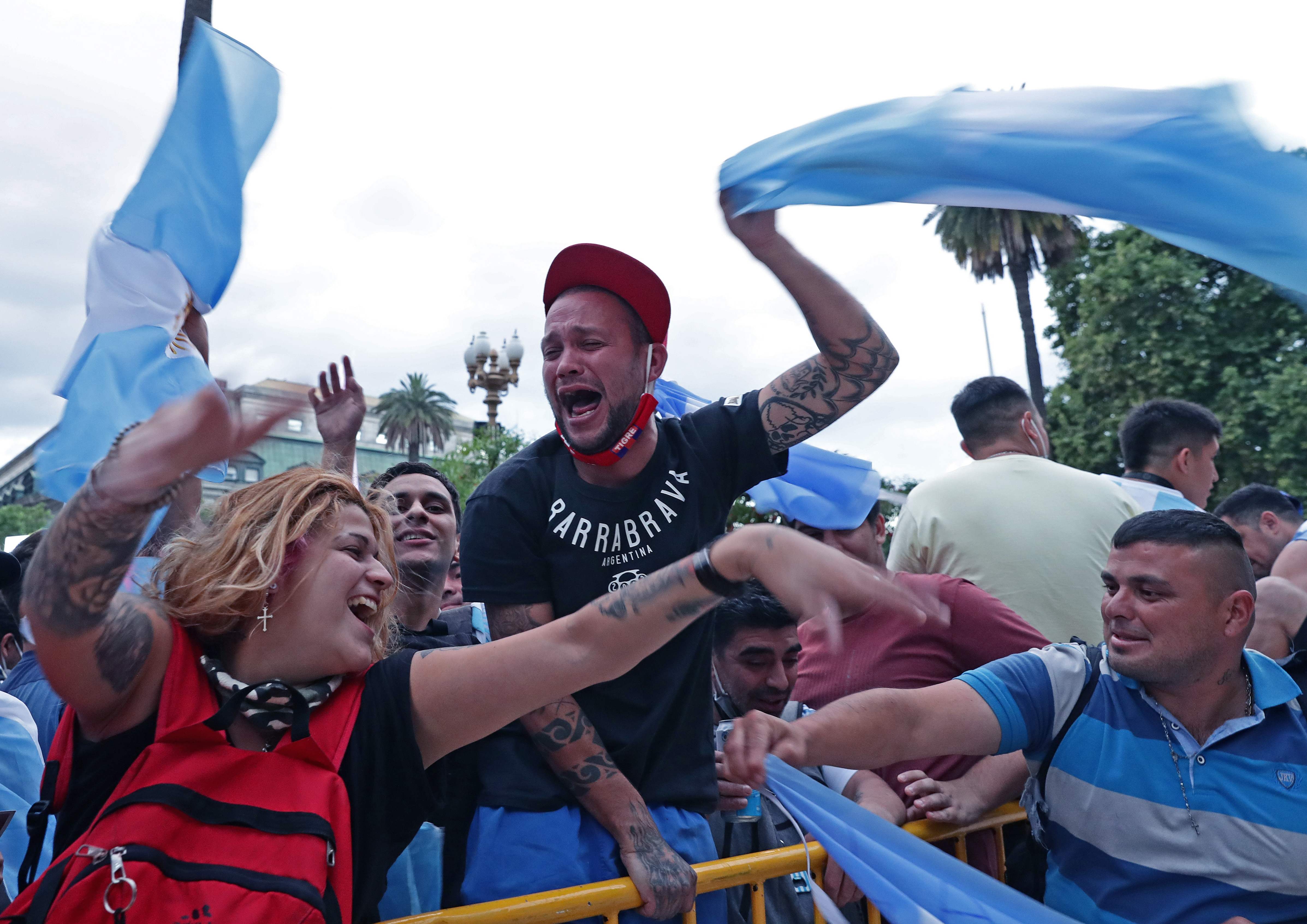 Fans have lined the streets in Argentina to pay homage to their heroCredit: AFP or licensors

“On the flight I had a couple of drinks and in the tunnel I went to Diego and said, ‘Diego, I’m tipsy’.

Shilton has stated his ‘sadness’ at Maradona’s death and recalled that famous clash in Mexico on GMB.

He noted: “We all knew he was a brilliant player. We didn’t make any plans to stop him, whoever was close to him, get close to stop him.

“We kept him very quiet until the goal, the Hand of God goal, the cheating goal. As I said we lost concentration for the second goal and he took advantage of that.

“A lot of the players at the time were very aggrieved at Maradona and one or two players to this day said they wouldn’t shake hands with him, I never had the chance to meet him.

“It’s so sad through addiction that his life’s been taken so early. He had such a full life to live. It is sad.”