PAUL Gascoigne says England can win the Euros if we throw all our support behind boss Gareth Southgate.

Legend Gazza told fans and players ahead of tonight’s quarter-final with Ukraine in Rome: “If we trust in Gareth, everything else will come good.” 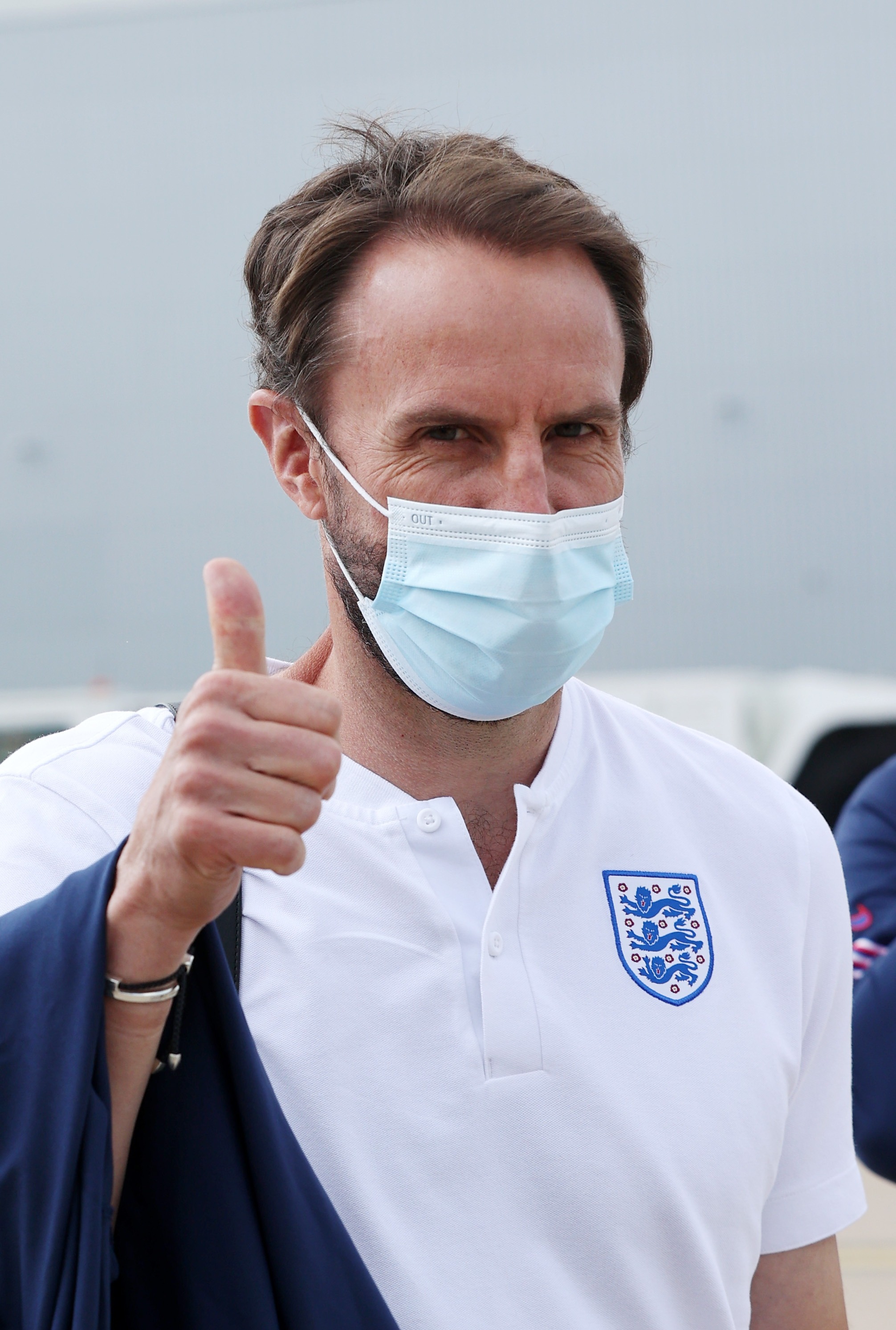 England boss Gareth Southgate gives a thumbs up as the team board the plane to UkraineCredit: Getty

Urging supporters at home and in Italy to play their part, he told The Sun: “The crucial thing is for as many England fans as possible to get to the game and, most importantly, get behind Gareth.

“He’s the answer to everything for us, and we need to believe in him.”

Gazza, now 54, was England’s hero in the 1996 tournament and rallied to Southgate’s side after his cruel penalty miss against Germany in the semi-final.

The ex-Spurs and Lazio ace added: “I know Gareth well and we’re still good mates so I know he’s got what it takes to take us all the way. He’s the key.” 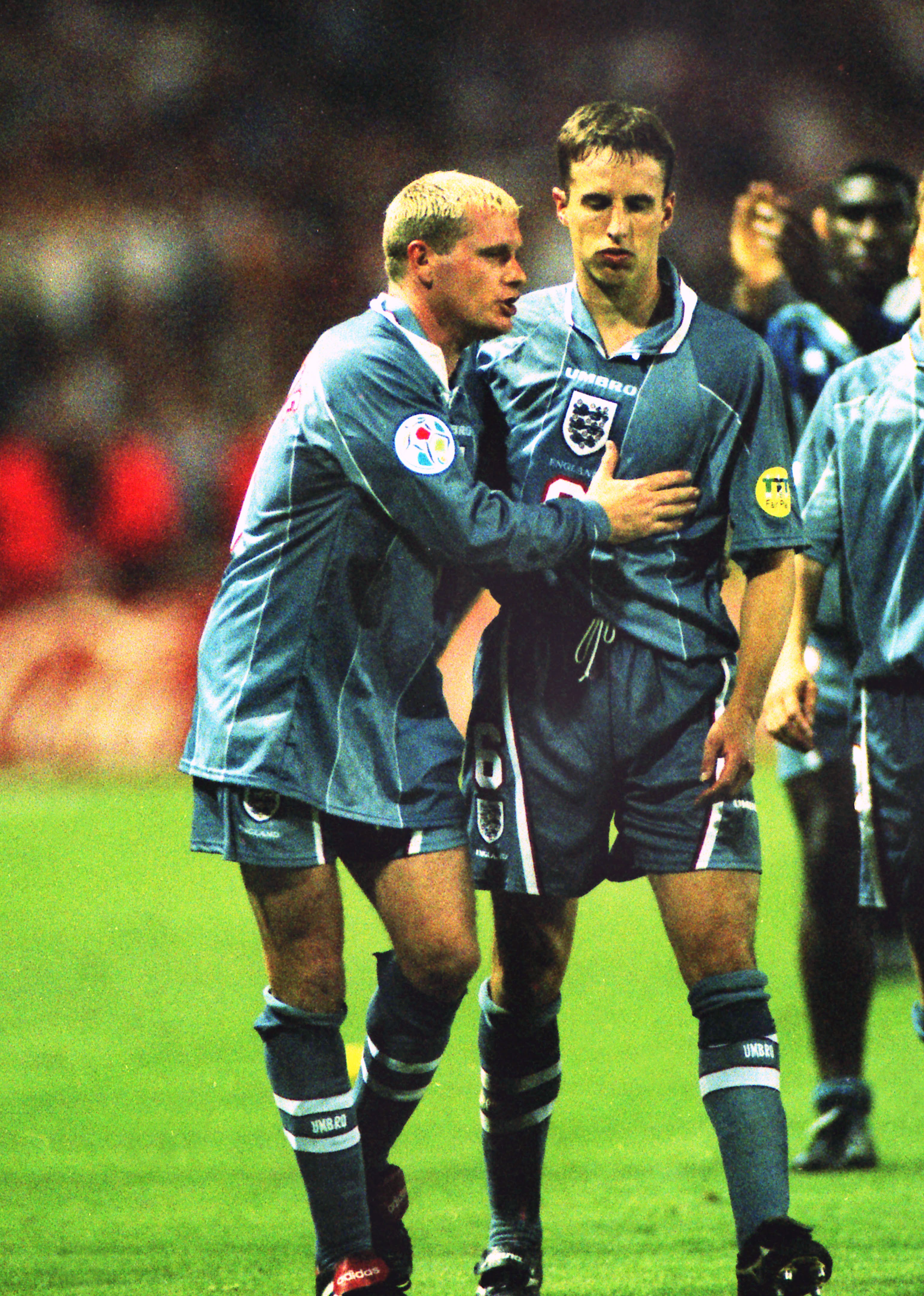 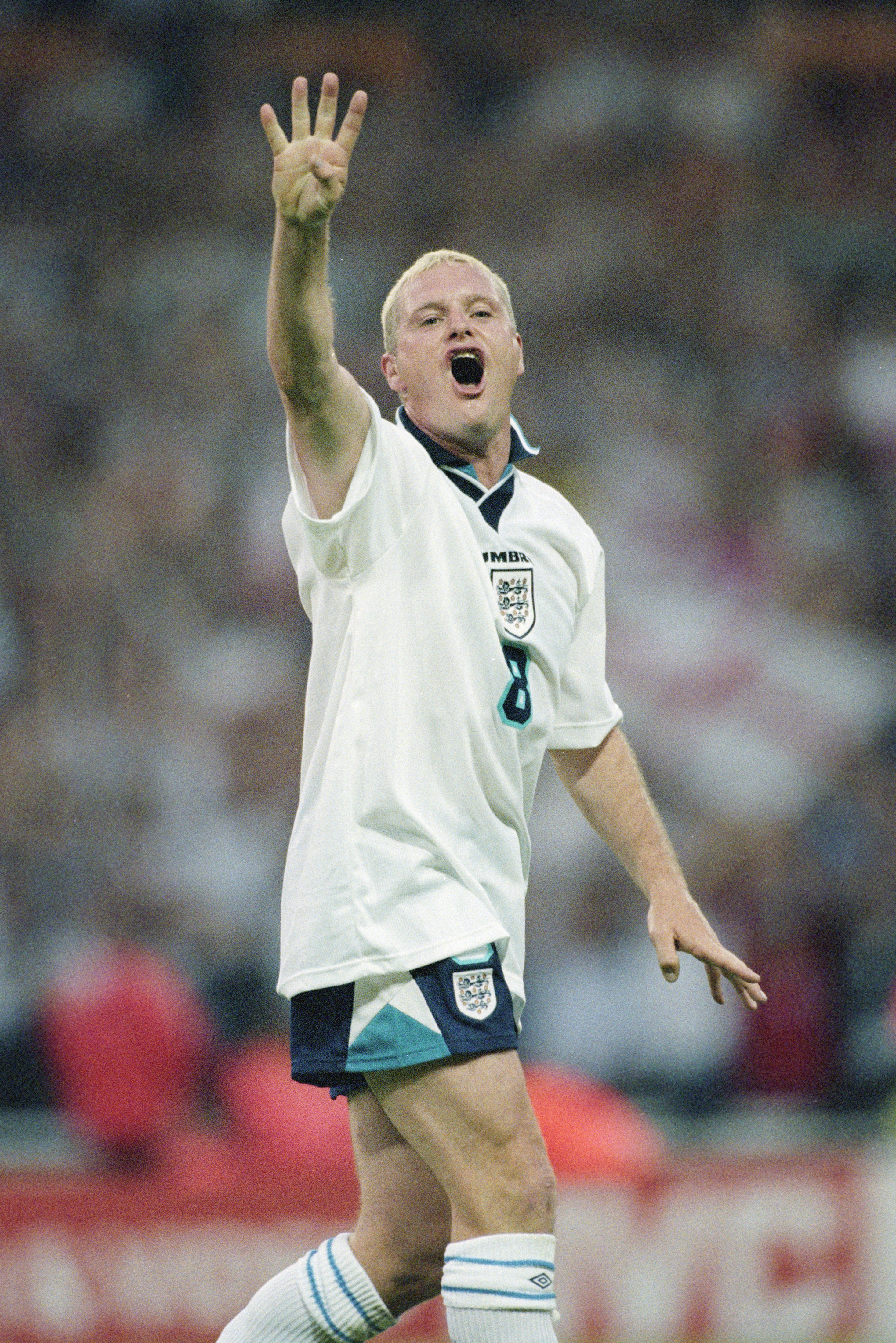 England players yesterday boarded their flight to Italy from Birmingham — led by a determined-looking captain Kane.

Just over two hours later, they landed safely in Rome, with Kane and Kieran Trippier in masks as they disembarked. 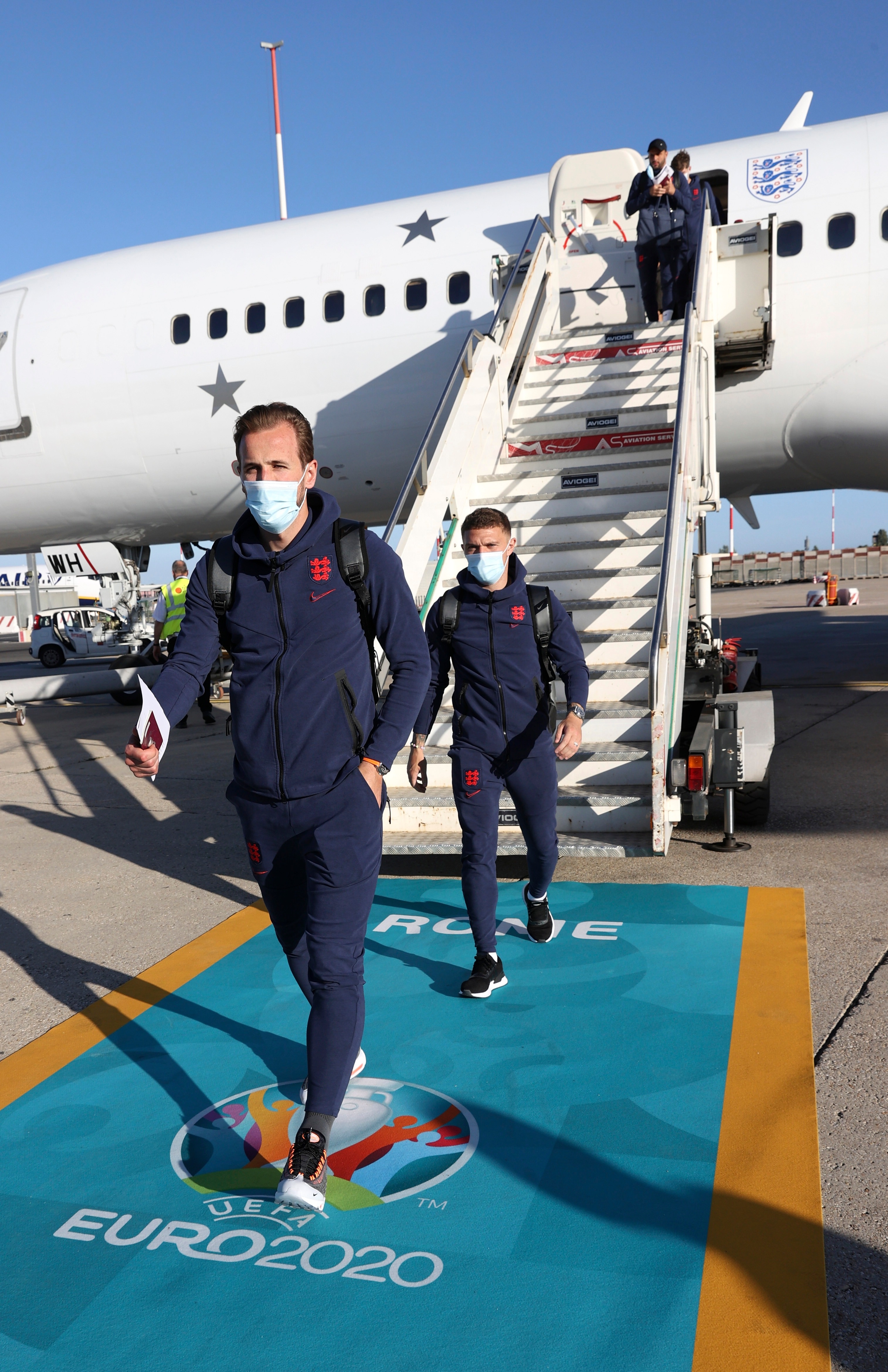 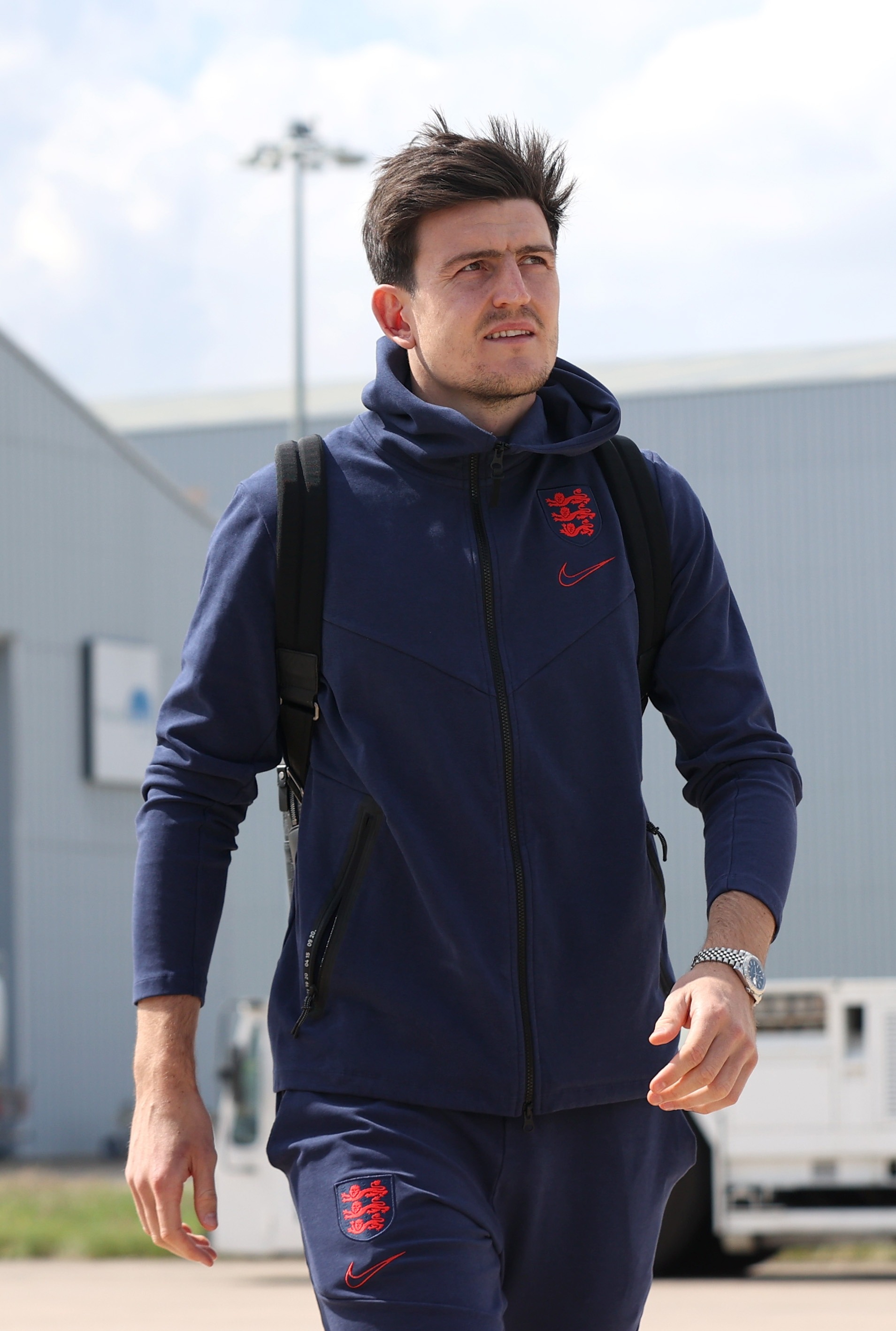 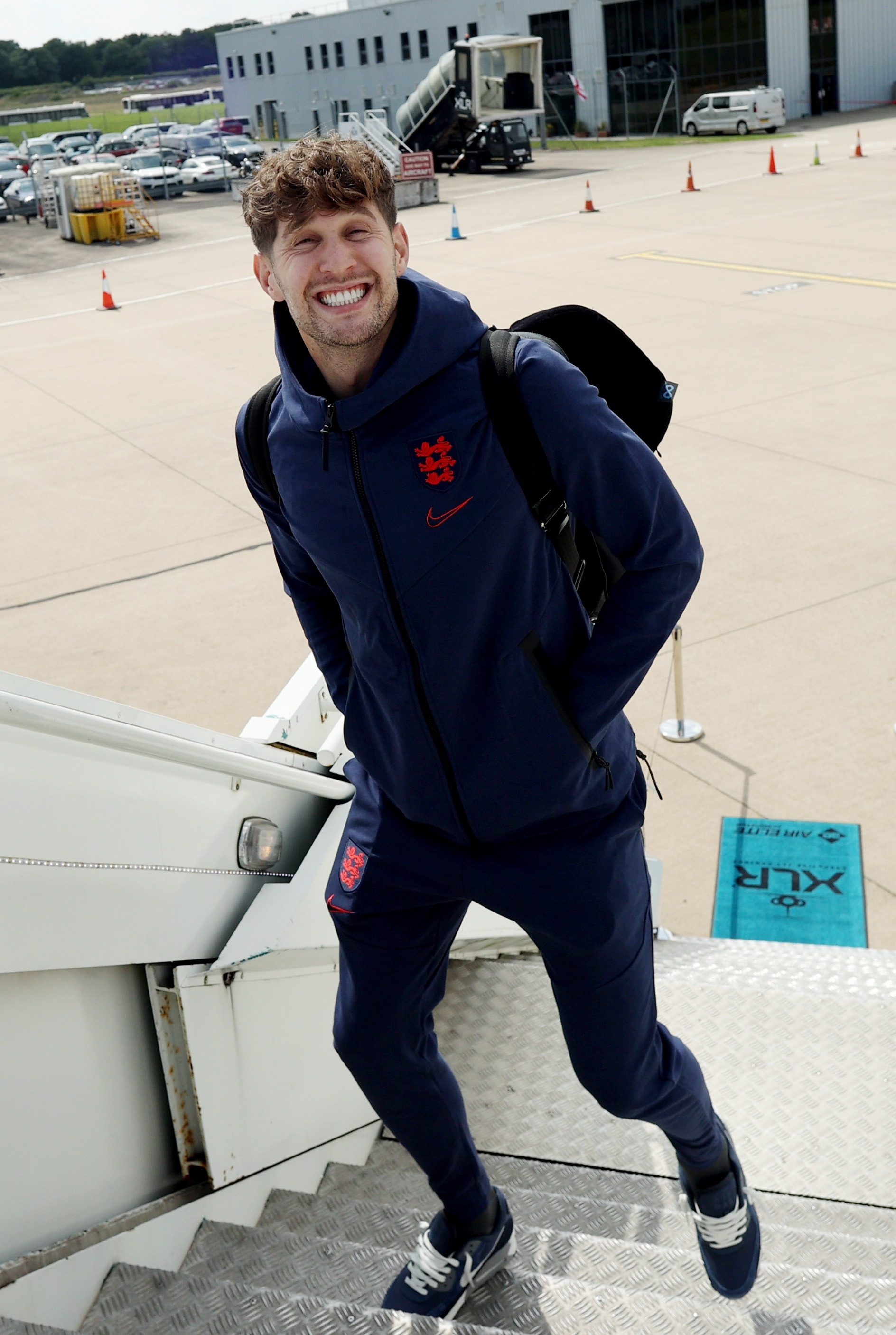 Defensive partner John Stones was in good spirits as he boarded the flightCredit: Getty

Gazza has good memories of tonight’s Stadio Olimpico venue, having played there for Lazio in the early 1990s.

He added: “I know that stadium well. It’s big, but we don’t need to be intimidated. We have the right man in charge and the right players to go the distance, but we can’t have any doubts in our manager if we’re going to go all the way.

“Of course fans can make a difference if they are in full voice on a big night — I’ve experienced that myself.

“A packed house of supporters behind you is an amazing thing, so hopefully an army of England fans will make it one way or another, even if it is people already living out there. 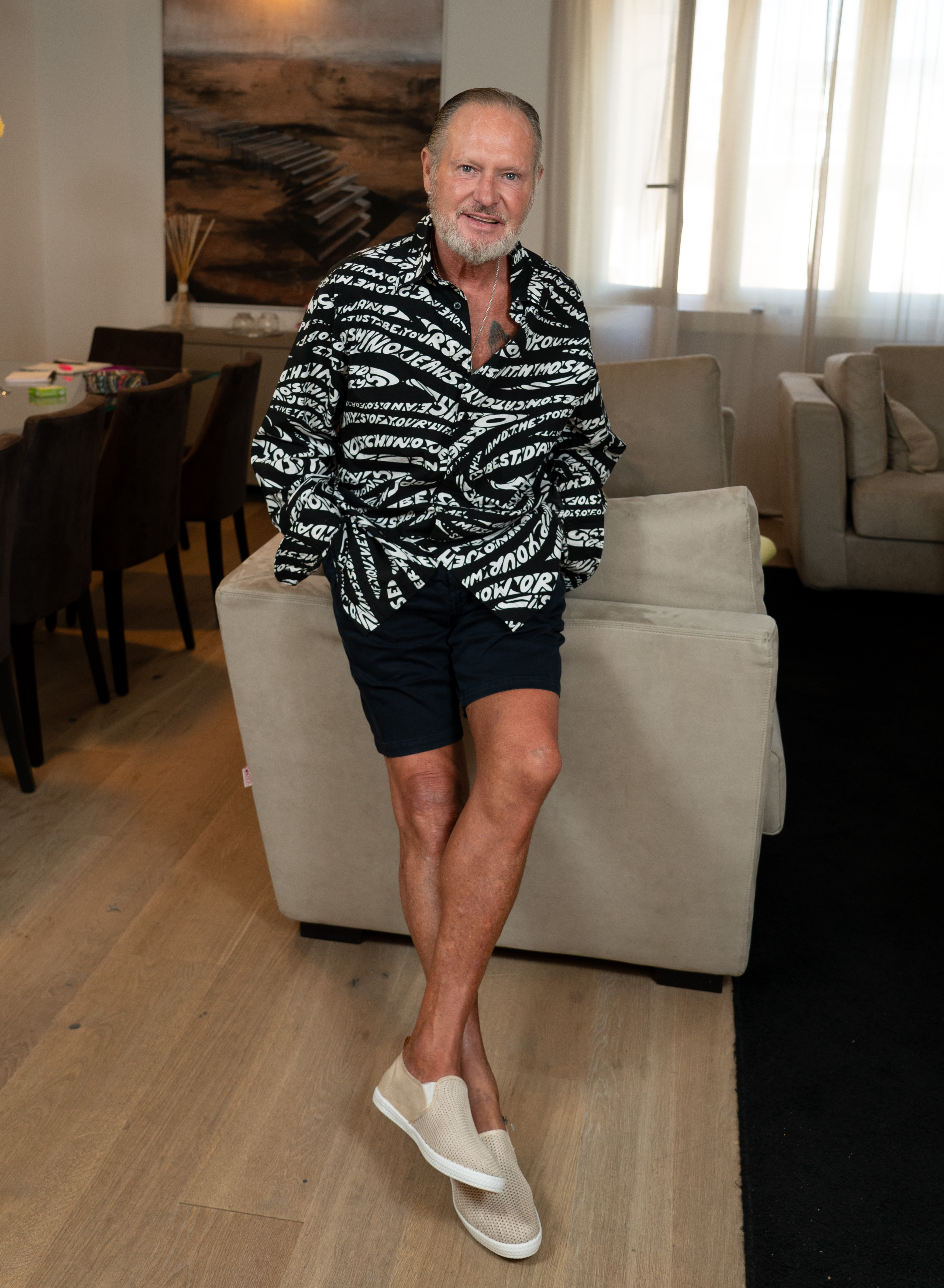 Gazza believes England’s Euro 2020 team have what it takes to go all the wayCredit: Dan Charity / The Sun

“Italy is a fantastic footballing country. I love the fans and they were very good to me. The atmosphere will be fantastic. With England fans behind the team and the manager, there’s no reason we can’t win this one, but obviously we mustn’t get carried away — it will be tough.”

Paul added of the Three Lions boss, 50: “Gareth is amazing, and a good mate. I’ve spoken to him fairly recently before the tournament.

“We’ve always stayed in touch. When we played together, he was an amazing team-mate but a brilliant bloke off the pitch, too.

“He’s always been good to me on a personal level. He’s very approachable.

“He’s also very proud of his role with England, which he should be. It’s the ultimate job for a football man, and he really deserves it.” 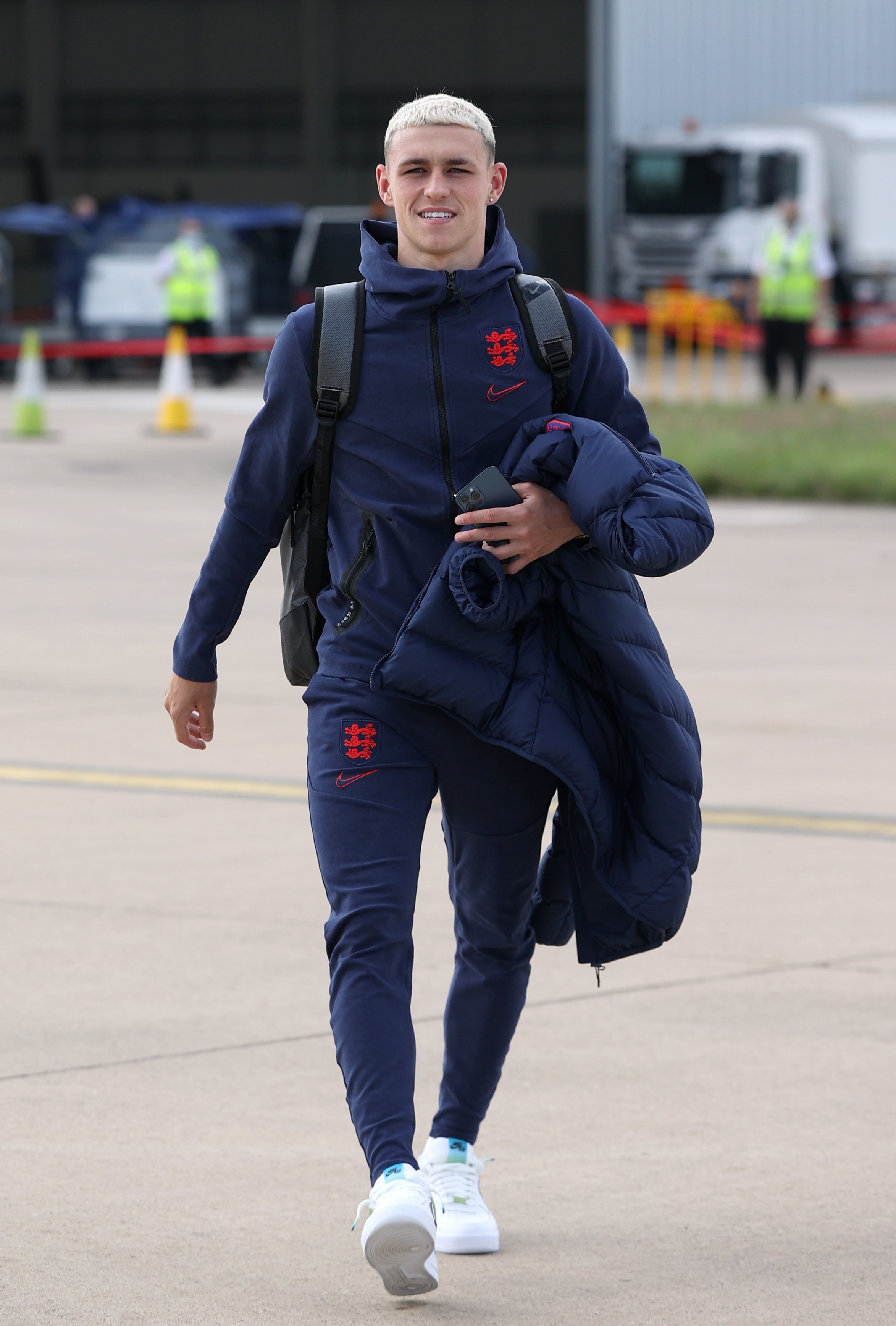 Gazza, who has overcome a raft of personal demons, added: “I’ll be watching Saturday of course, even if it’s quite bittersweet.

“I don’t mind admitting it, we never quite got there in 1996 but this squad might go all the way.

“As a footballer, it’s hard not to be jealous, but I wish Gareth and the team all the best. They have a real shot of this.”

And after watching England’s clashes so far, he backed Foden and midfield pal Jack Grealish to make the difference tonight.

He said: “Jack and Phil both remind me of me, in the centre of the park trying to make things happen.

“They’ve both played well so far, but my advice would just be for them to follow the ball, that’s their role. 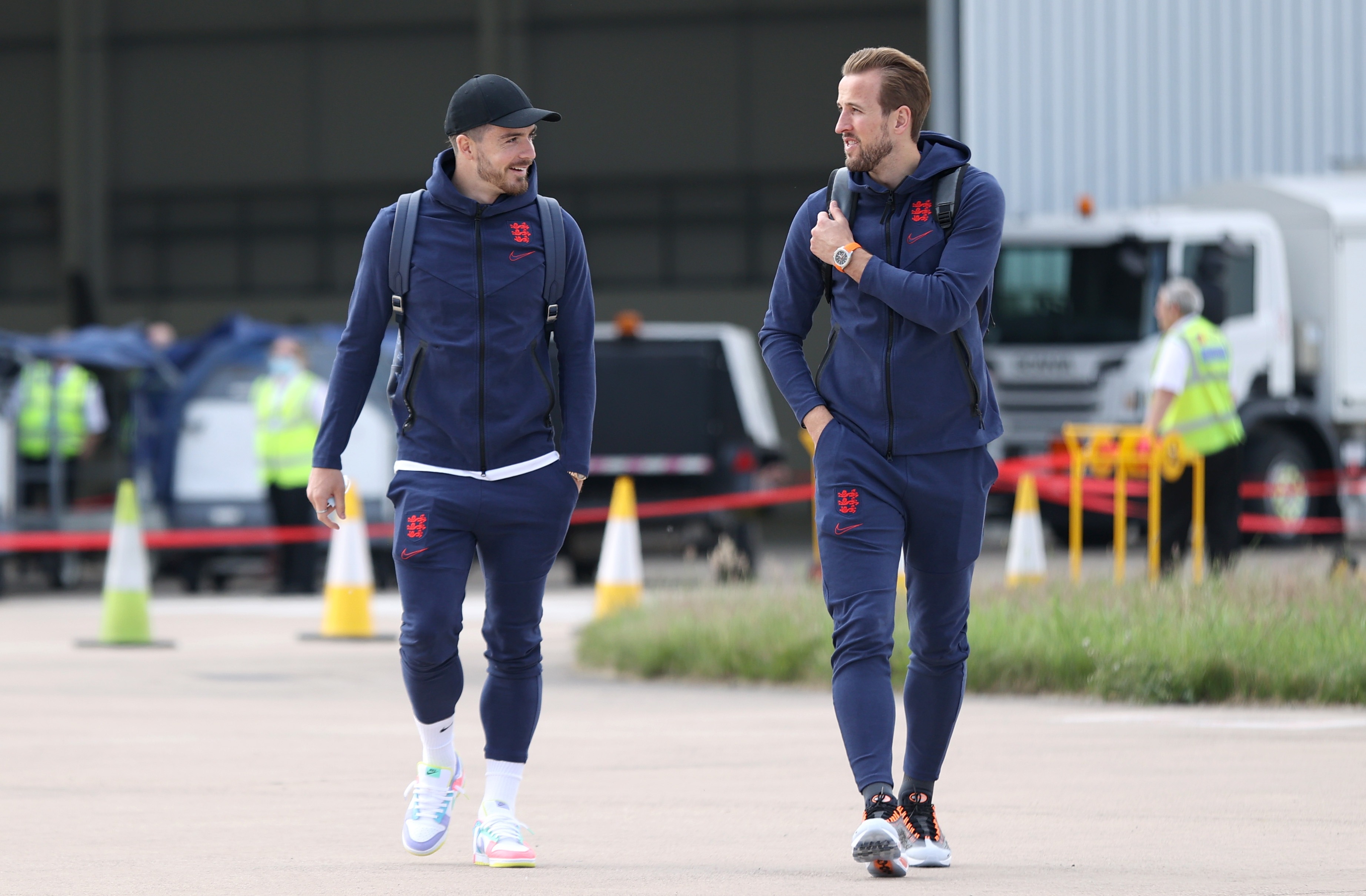 Gazza is a big fan of Jack Grealish and says Harry Kane must not go too deepCredit: Getty

“Harry Kane needs to stay around the 18-yard box ready, that’s his job, don’t track back.

“Terry Venables (England boss in 1996) used to tell us to just focus on our own job, for Harry that’s scoring goals.

“We don’t need you back at the halfway line. Stay up top ready.

“Foden and Grealish should be tracking the ball, staying within ten yards of it as much as possible, being involved in everything.

“With this side and an army of England fans behind them there’s no reason we can’t make it to the semis.

“And, as I keep saying, if the country believes in Gareth, and I really do, then there’s no reason we can’t win this.” 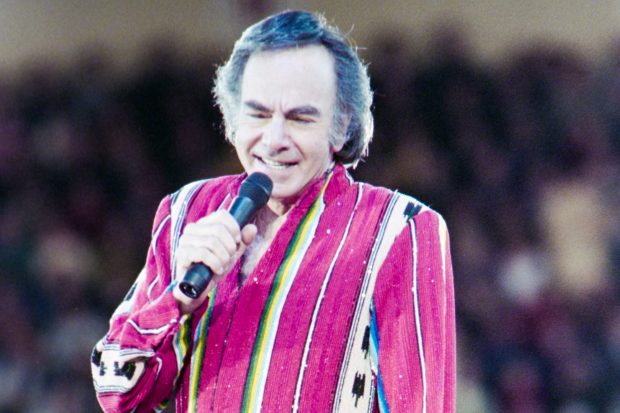 SINGING legend Neil Diamond is backing England to go all the way after his classic hit Sweet Caroline became an anthem for Three Lions fans.

The legendary US songwriter, 80 said he was “thrilled” his 1969 tune was belted out by fans and players after Euros victories.

And he hopes it can spur the Three Lions ahead of their vital quarter final showdown against Ukraine.

He said: “What a thrill to hear everyone singing Sweet Caroline. I hope you can do it again — here’s to England.”

Southgate said of the song: “That is a belter, really.” 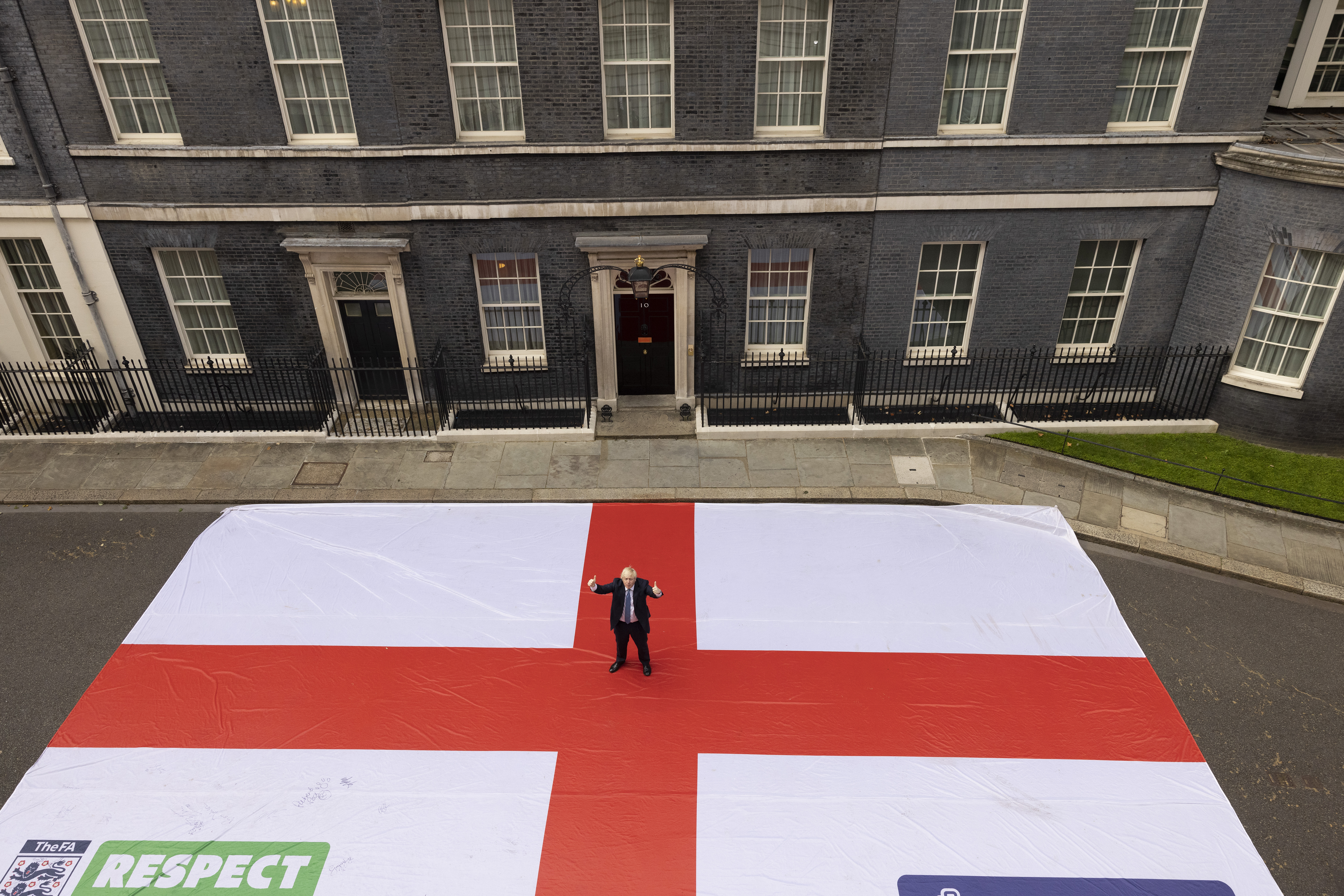 BORIS Johnson stands in the centre of a giant England flag outside No10 as he sends his support to the Three Lions. 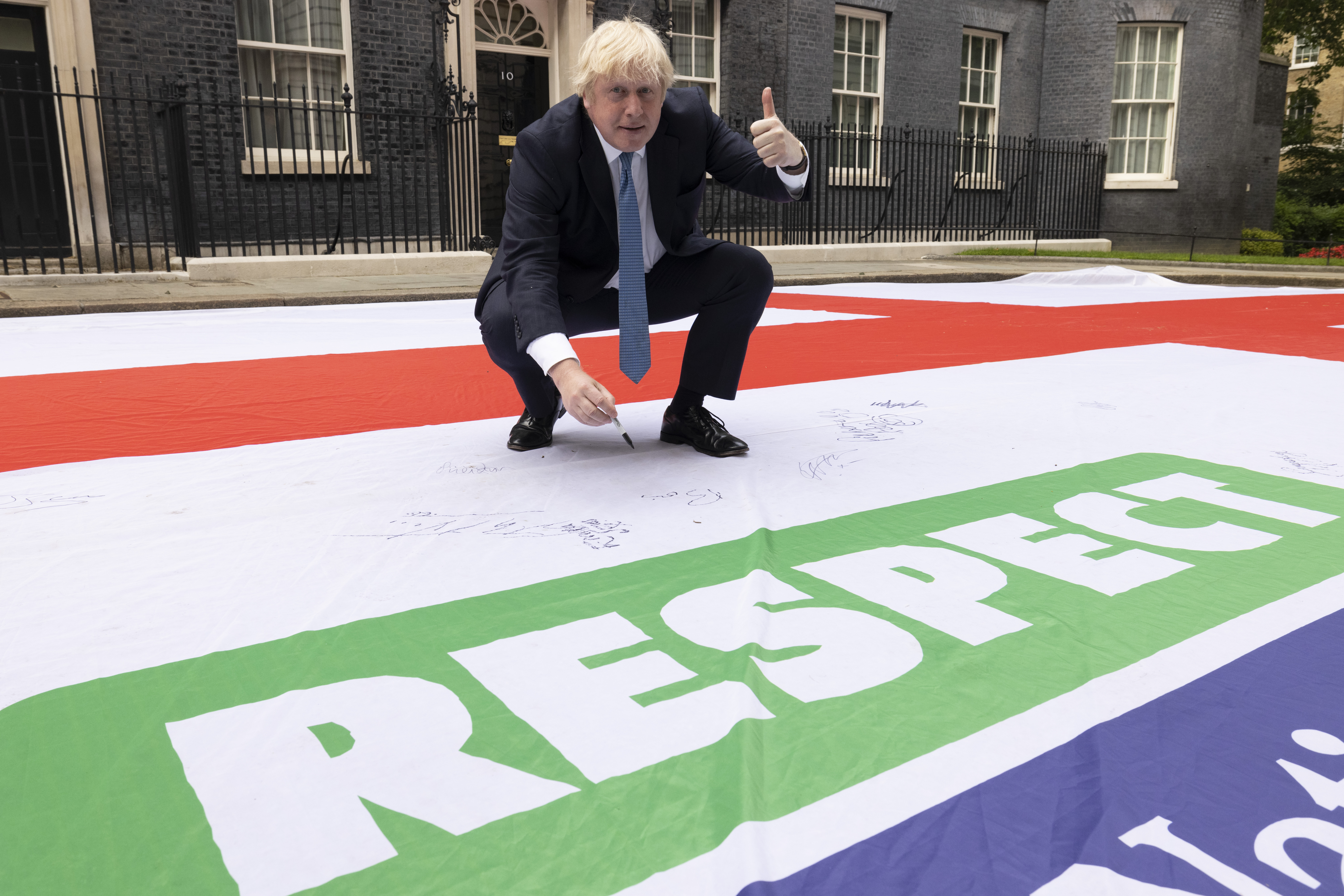 The PM will be cheering on England against UkraineCredit: Tim Hammond / No10 Downing Street

The PM gave a thumbs up as the team prepares to meet Ukraine in the quarter-final clash tonight.

He and wife Carrie tweeted a picture of themselves watching England’s 2-0 victory against Germany on Tuesday night, saying: “We’re all behind you — bring it home!”