SAY what you like about Leeds, but they simply do not do dull.

Naive against the big boys? Possibly. 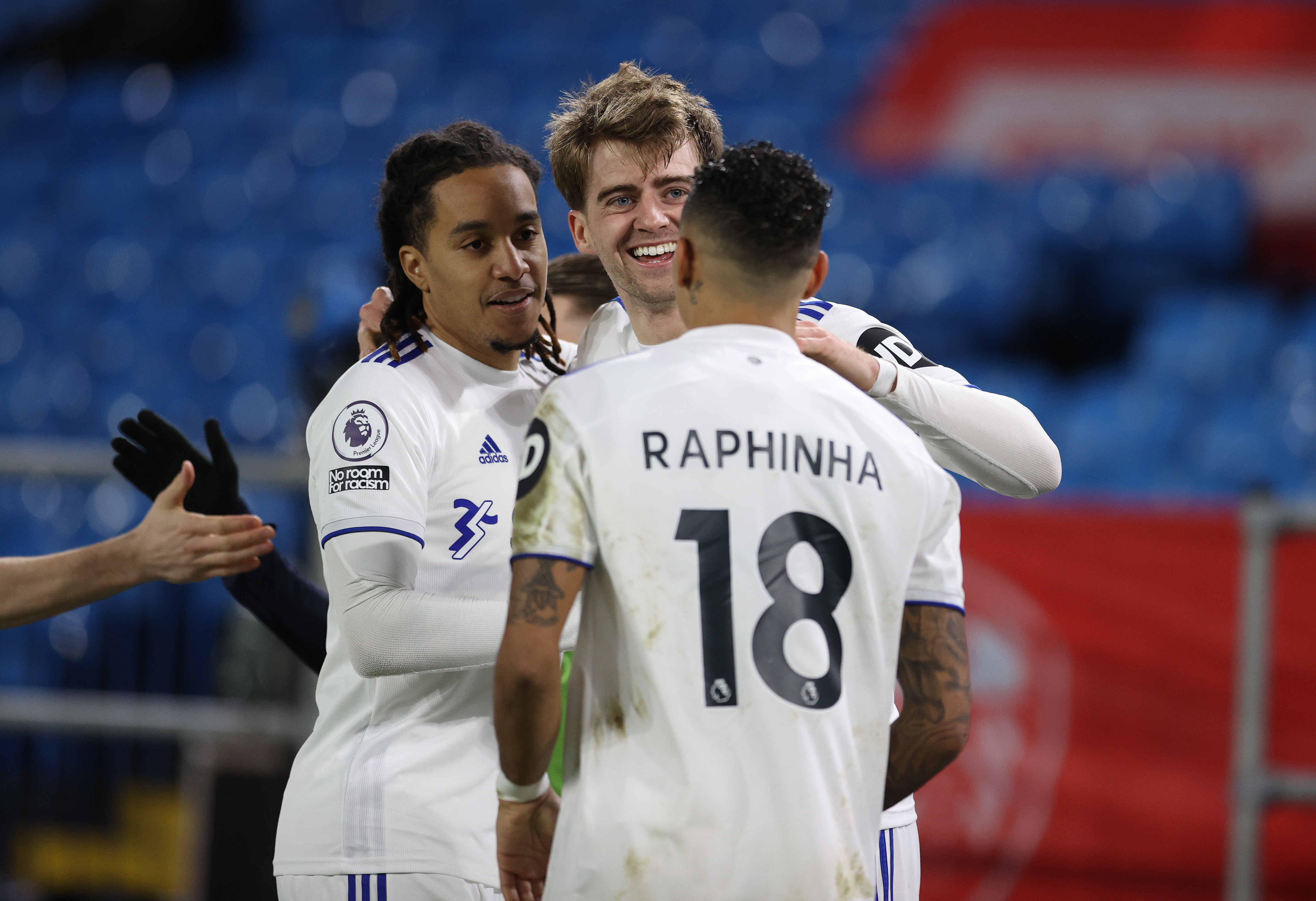 Leeds celebrate their win against SouthamptonCredit: Mark Robinson – The Sun 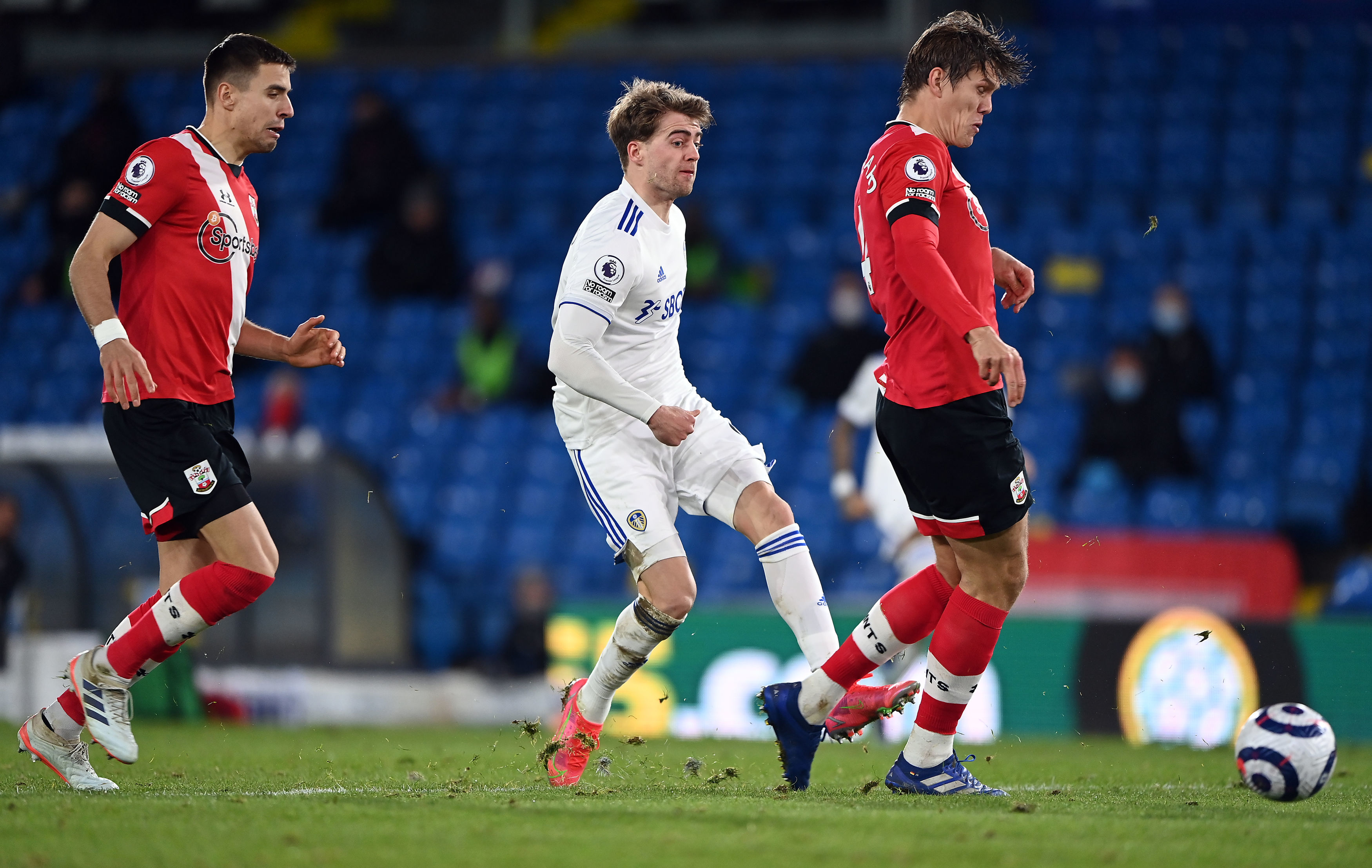 Concede too many chances? Definitely.

But even when not at their scintillating best all game, Marcelo Bielsa’s side only deal in thrillers.

It was no different here, with Patrick Bamford’s 13th of the season getting them going before Stuart Dallas’ pearler and Raphinha’s stunning free-kick.

Leeds march into the top half and are now just five points off Europe with 13 games to go.

That does not tell half of the story though – and Southampton boss Ralph Hasenhuttl will be wondering how they lost by this margin.

No doubt they will rage at ref Andre Marriner for disallowing a quickly-taken free-kick at the end of the first-half.

They were much the better team early on, but blew a host of great chances and only have themselves to blame.

Bielsa and his gung-ho side will always have his detractors as long as they ship goals and get beat up by the league’s best. 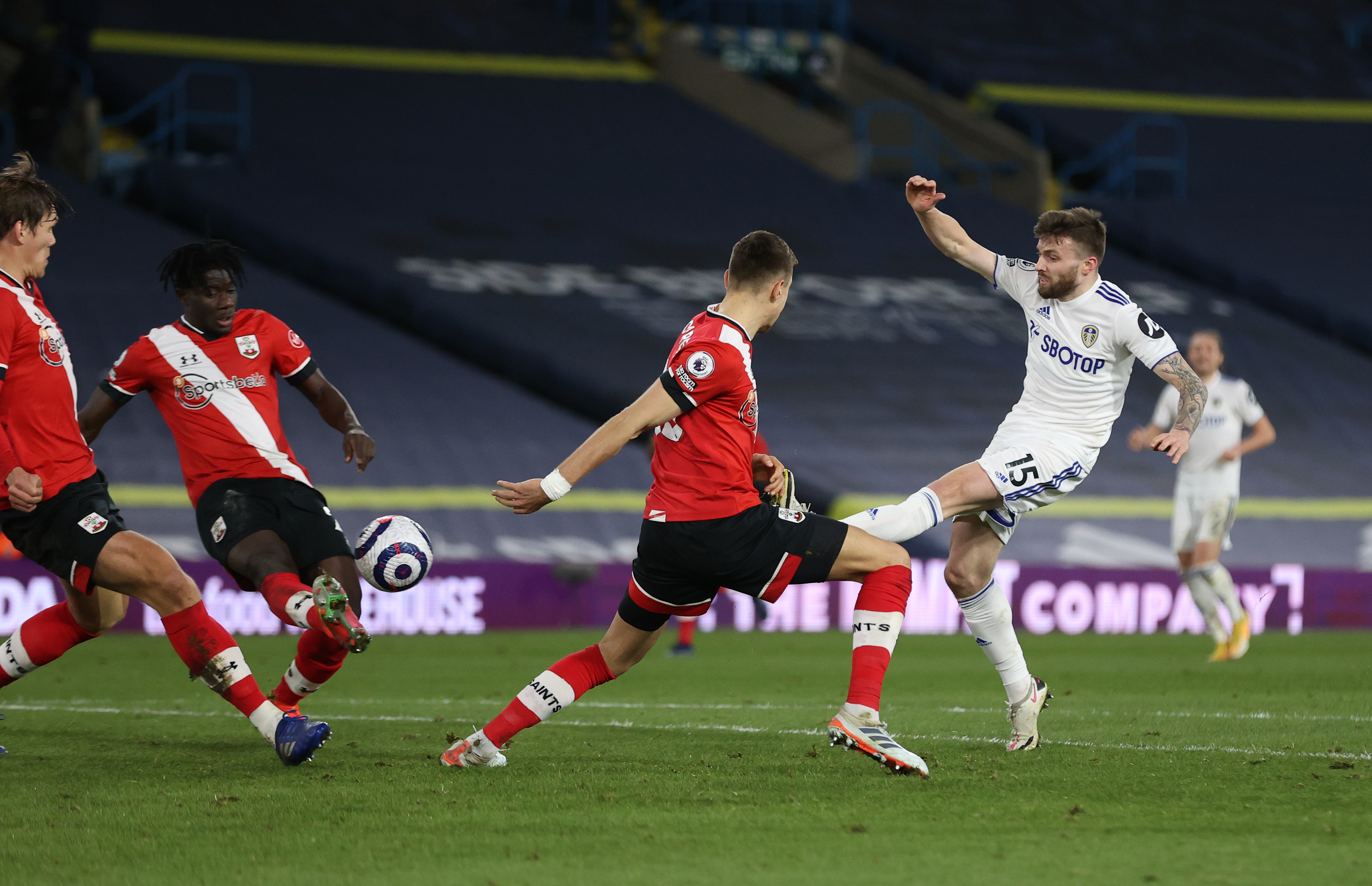 But while that remains a work in progress, they have now won eight of their 10 games versus sides below them.

And while Dallas and others were excellent, there is no escaping that in Raphinha they have one of the bargains of recent years.

A snip at £17million from Rennes last summer, the dazzling Brazilian winger can do no wrong right now.

He could have had five or six assists on the other night, but a 25-yard free-kick should soften the blow.

The injury-plagued Spanish defender Diego Llorente was back for just his second start of the season since arriving from Real Sociedad.

With the Saints plunging down the league, Ralph Hasenhuttl’s grand plan was to bench top-scorer Danny Ings and the in-form Takumi Minamino.

And while fans were miffed on social media, Southampton came out firing and should have taken an early lead. 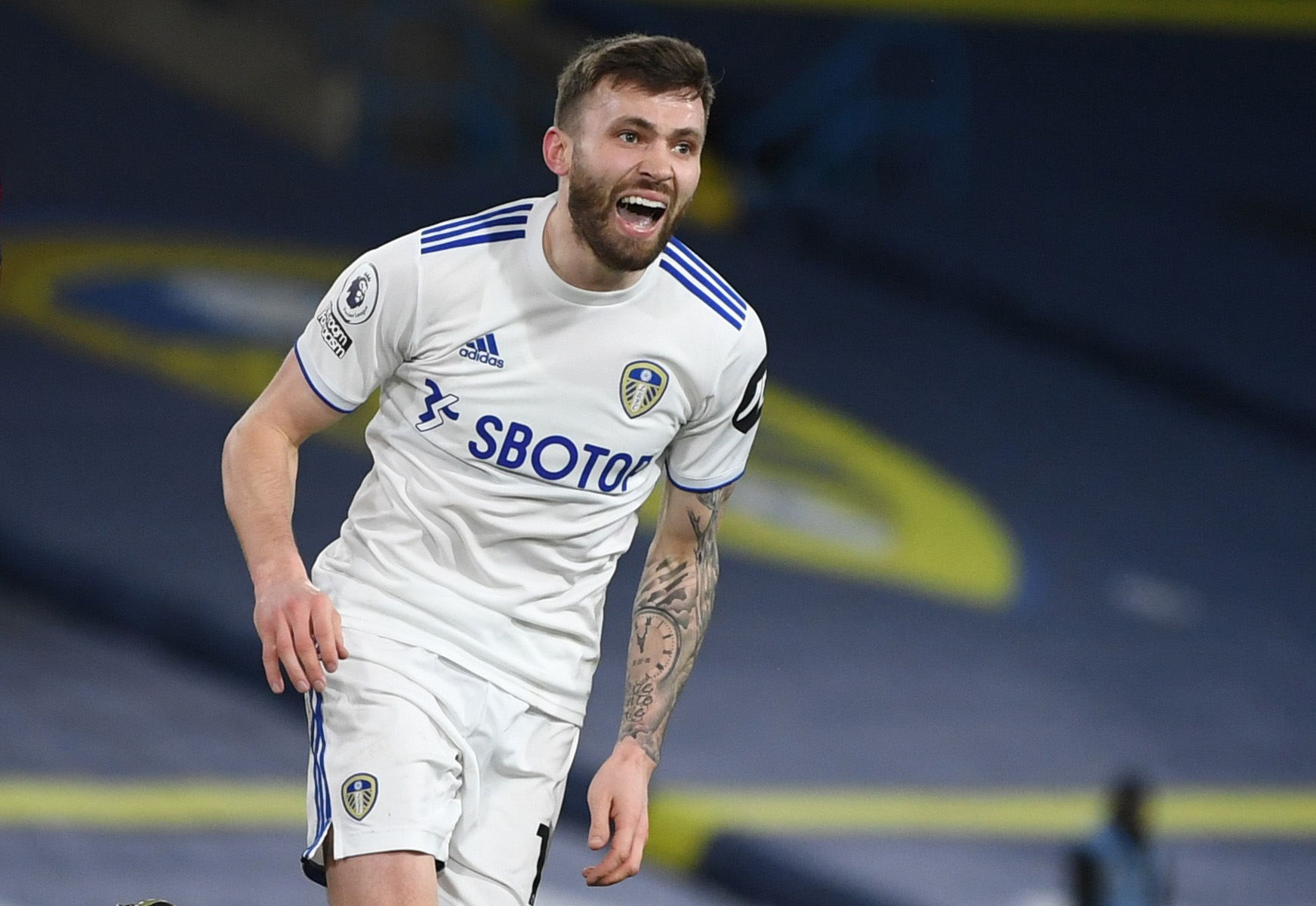 In their first meeting in any competition since 2012, Jannik Vestergaard and Nathan Tella both wasted golden chances inside the first 10 minutes.

The lively Tella was next after a brilliant solo run left Liam Cooper for dead but, with the goal opening up, his weak shot was straight at Illan Meslier.

At the other end, Tyler Roberts skied well over from the top of the box after Raphinha did Mohammed Salisu all ends up down the right.

Raphinha was then released on the counter with 50 yards to burst into but, just as he cut in onto his trusty left peg, the tracking Oriol Romeu made a perfect last-ditch sliding tackle.

Southampton were far the better side before the break though, and were seething at ref Marriner at half-time.

Tella was given a penalty after a neat step-over beat Diego Llorente on the left of the box.

But replays showed minimal contact and, after watching on the pitchside monitor – while being heckled by Leeds transfer chief Victor Orta – reversed his decision. 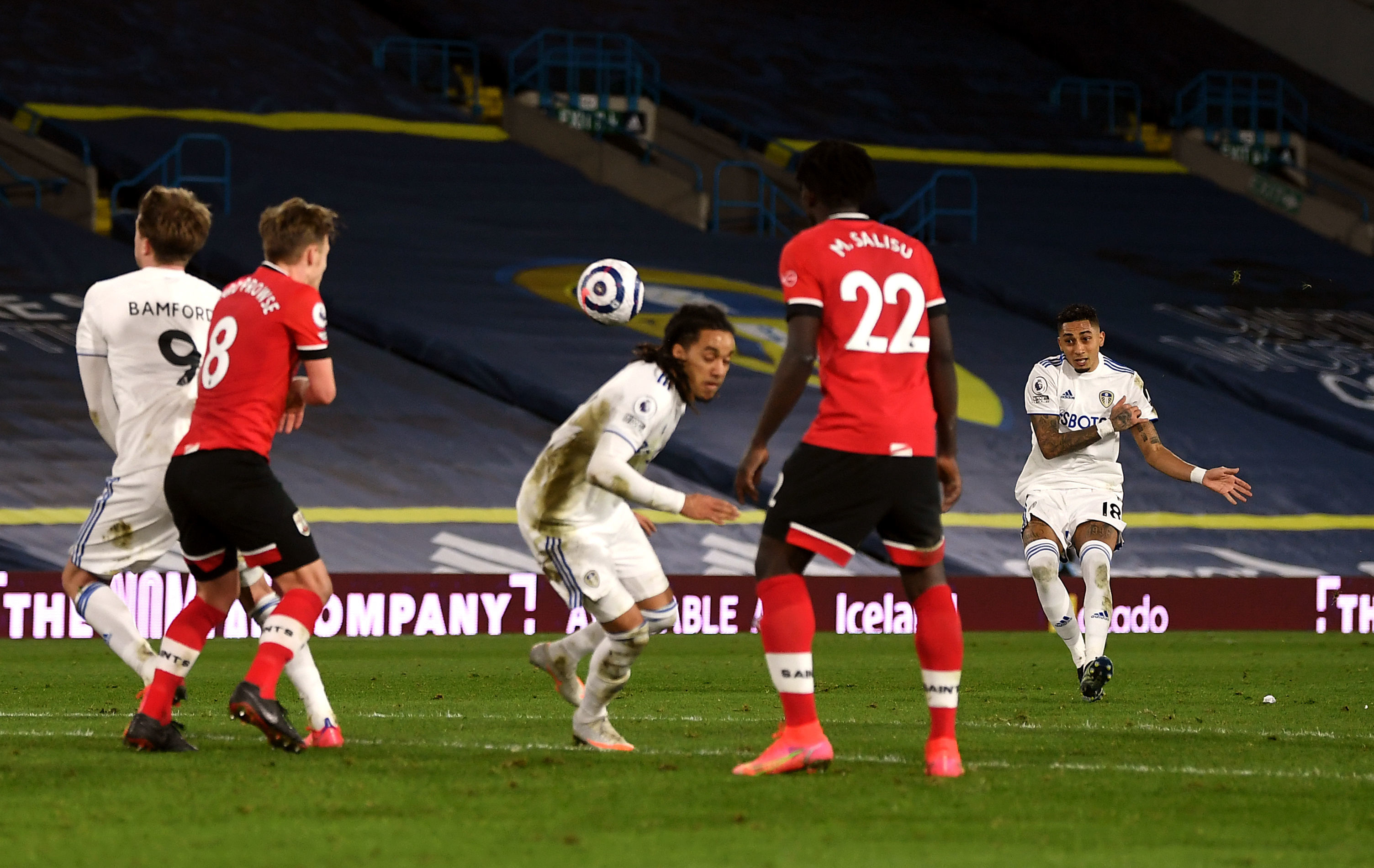 And just before the break they had a goal disallowed after a quick free-kick by James Ward-Prowse.

Che Adams latched onto the through ball – taken just as Marriner whistled to start play – and finished, only for the ref to blow again to chalk it off.

The visitors were apoplectic, surrounding Marriner and screaming in his face.

It was to no avail though and, sod’s law, they were behind two minutes into the second-half via Bamford.

Robert’s through ball down the left inside Jan Bednarek and Vestergaard was a peach, but there was still plenty to do from the top of the box.

Timing his run to perfection, the England-hopeful let the ball roll through his legs before firing his 13th of the season low across Alex McCarthy into the bottom corner.

At the other end Illan Meslier got down brilliantly to deny Stuart Armstrong and, from there, Leeds should have been out of sight.

Roberts again fired wide from 18 yards before Bamford and Llorente both fired straight at McCarthy.

But it was game over moments later, with Leeds scoring twice in six minutes.

Dallas started and finished the first, playing out to sub Helder Costa on the break.

The winger ignored Raphinha’s run to give it back to the Northern Irishman. 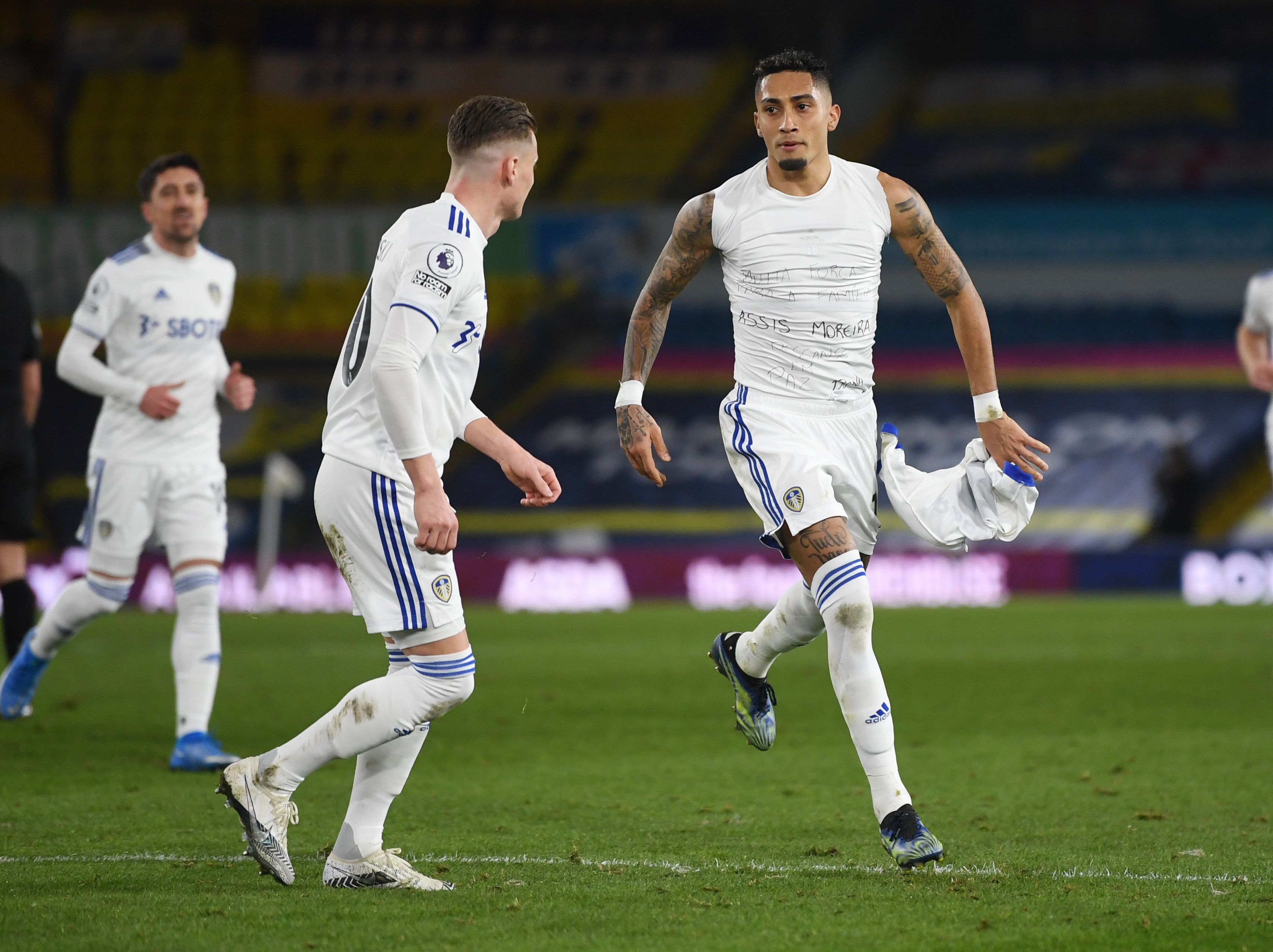 Taking one touch to set himself, Dallas then struck an exquisite toe-poke off the outside of his weak left foot beyond McCarthy.

And Raphinha wrapped things up after 78 minutes, curling a free-kick from 25 yards past the wall and through McCarthy.

At his side of the goal, the keeper should have done better.

But it was the least Raphinha, and Leeds, deserved in this latest helter-skelter at Elland Road.