ENGLAND’S bowling was destroyed and their hearts broken by an astonishing century by Rishabh Pant.

The Indian wicketkeeper’s remarkable, counter-attacking innings of 101 swept the Fourth Test away from England. 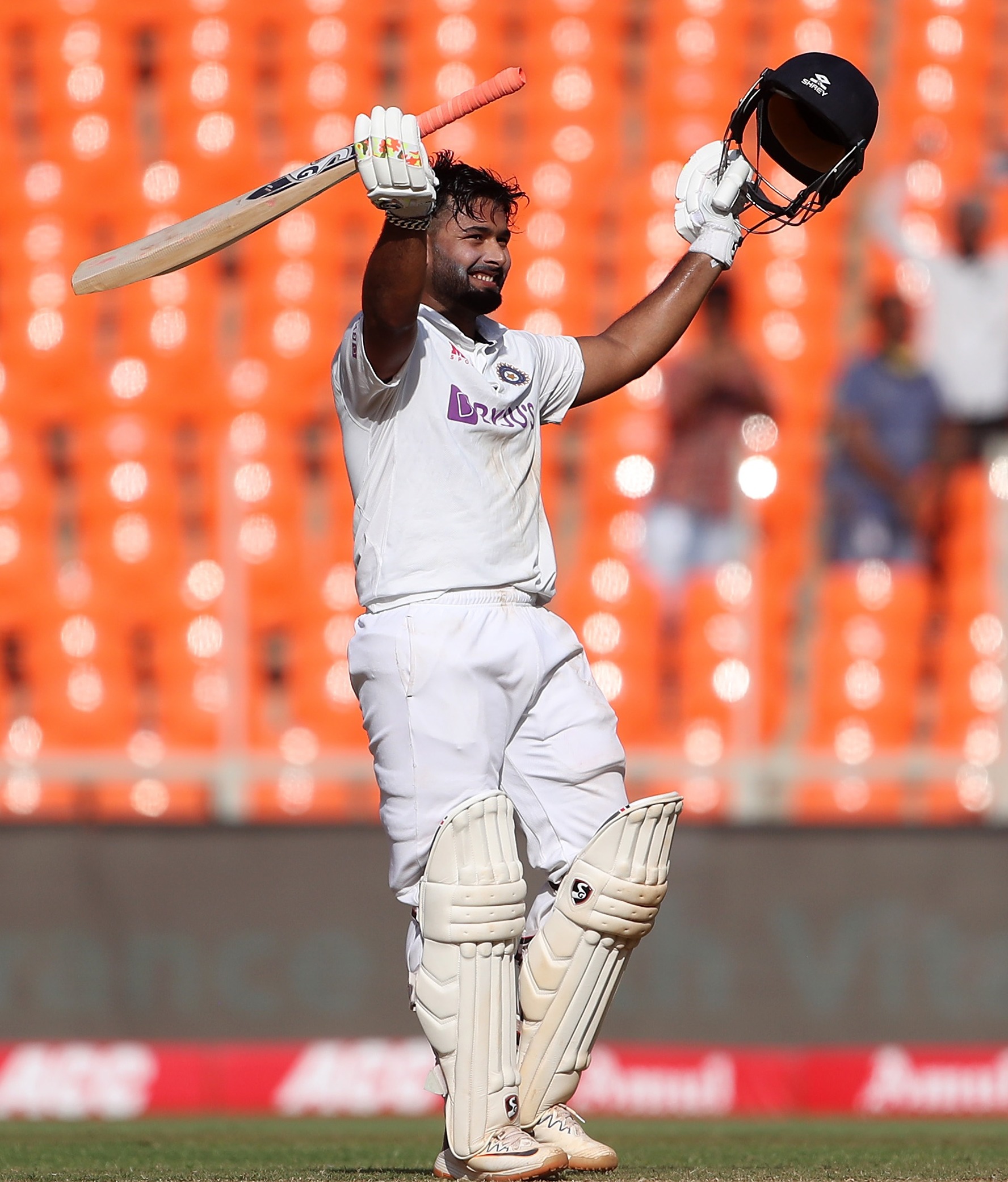 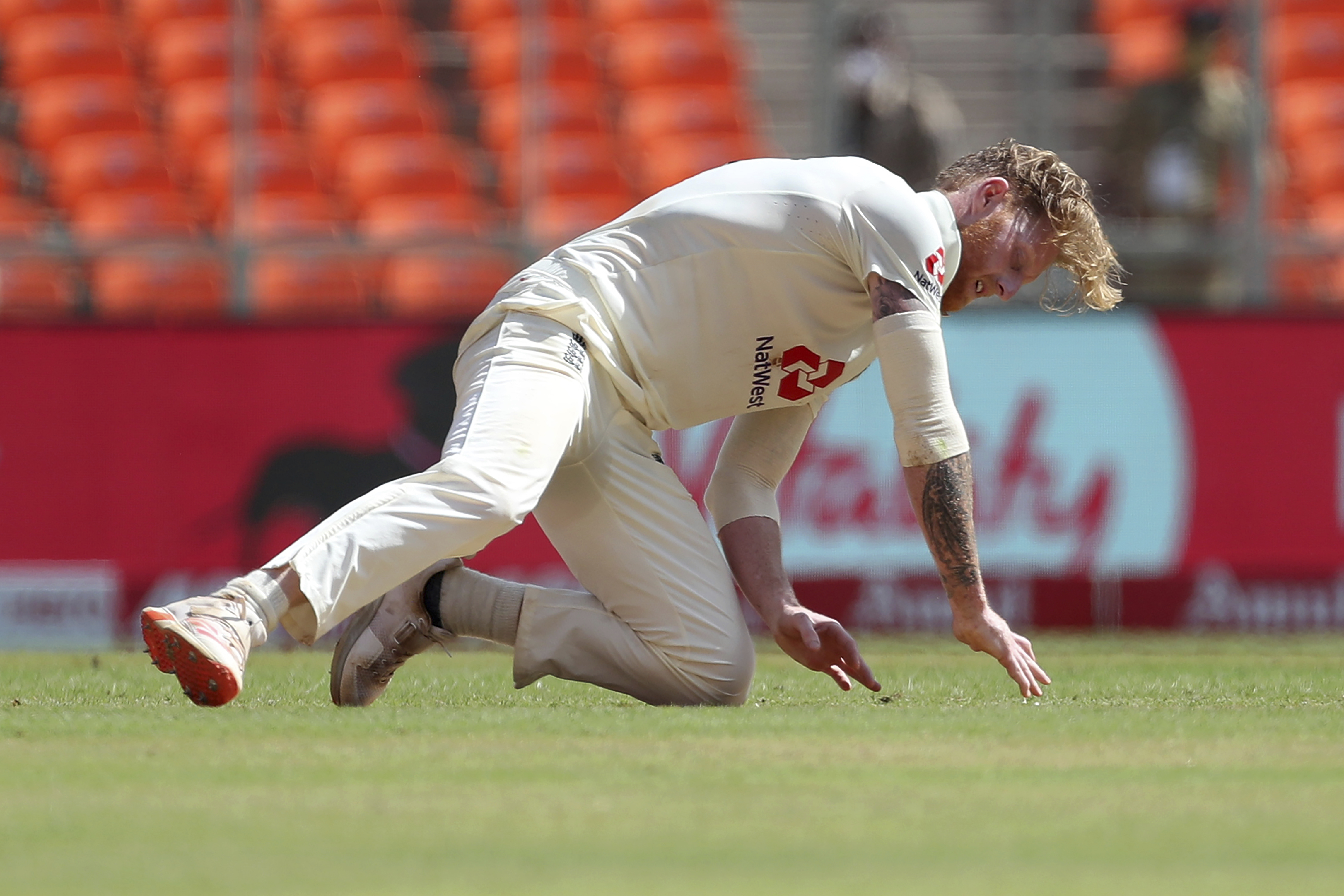 England’s bowlers battled away but were smashed by Pant in punishing heatCredit: AP:Associated Press

But England’s lack of bowling options – they packed their team with batting – took a heavy toll in the final session.

Pant capitalised with a string of thrillingly audacious shots. He charged down the pitch to Anderson’s first delivery with the second new ball and even reverse-flipped Anderson for four over the slip fielders. He reached his century with a hoick over mid-wicket for six off Joe Root.

Pant and fellow left-hander Washington Sundar put on 113 for the seventh-wicket and heavily reduced England’s dreams of securing the win they need to square the series. It was the first partnership of fifty or more in the match.

Sundar continued piling on the agony for England and, by the close of day two, had reached 60 not out with India 294-7 and 89 runs ahead. They plundered 141-1 in the final session in Ahmedabad.

Anderson eventually removed Pant when he pulled a short ball straight into Root’s hands at mid-wicket. It was Anderson’s third wicket and, despite Pant’s assault, finished with day two with figures of 3-40 off 20 overs. 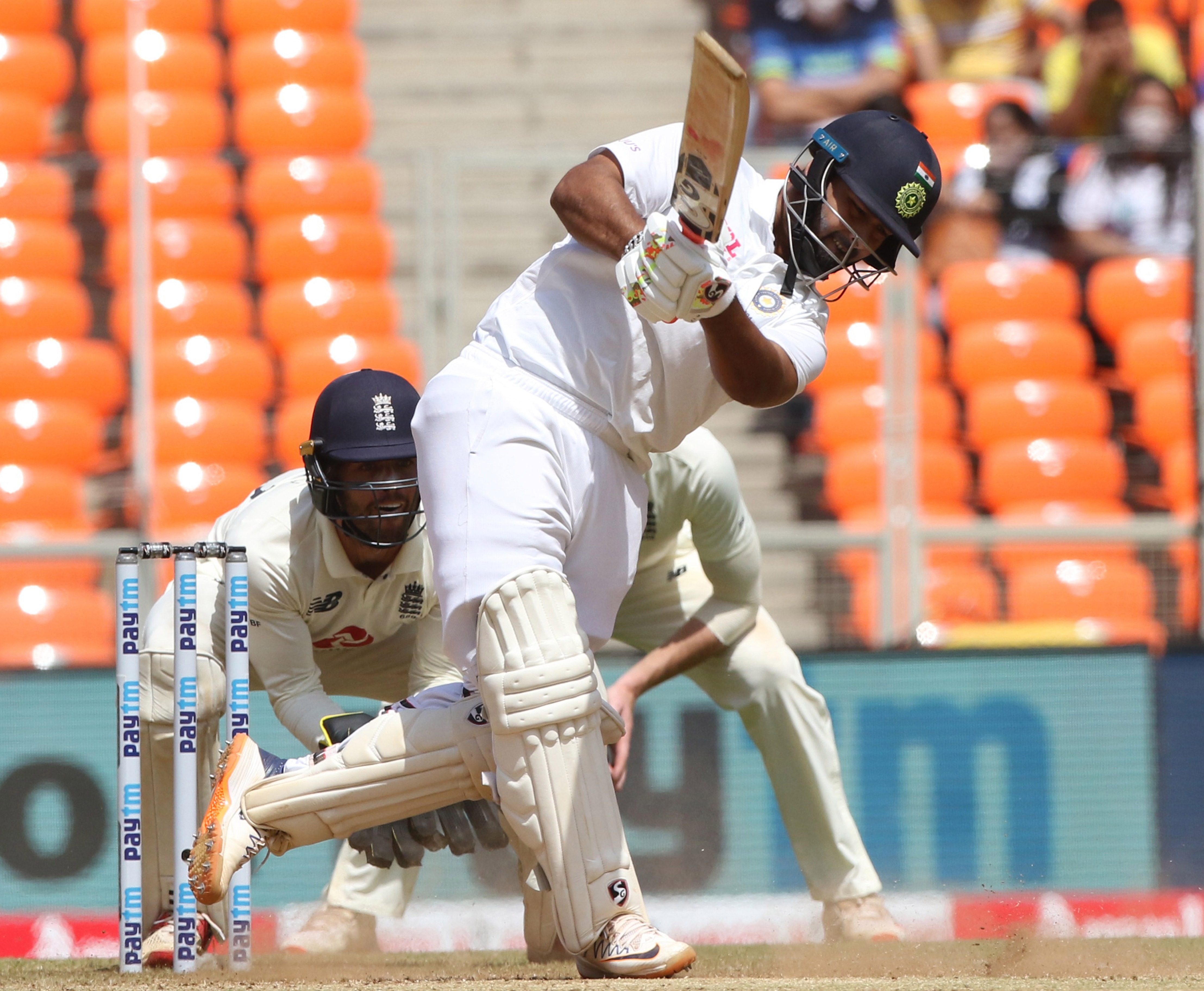 India were in trouble when Pant strode to the crease on the second morningCredit: BCCI 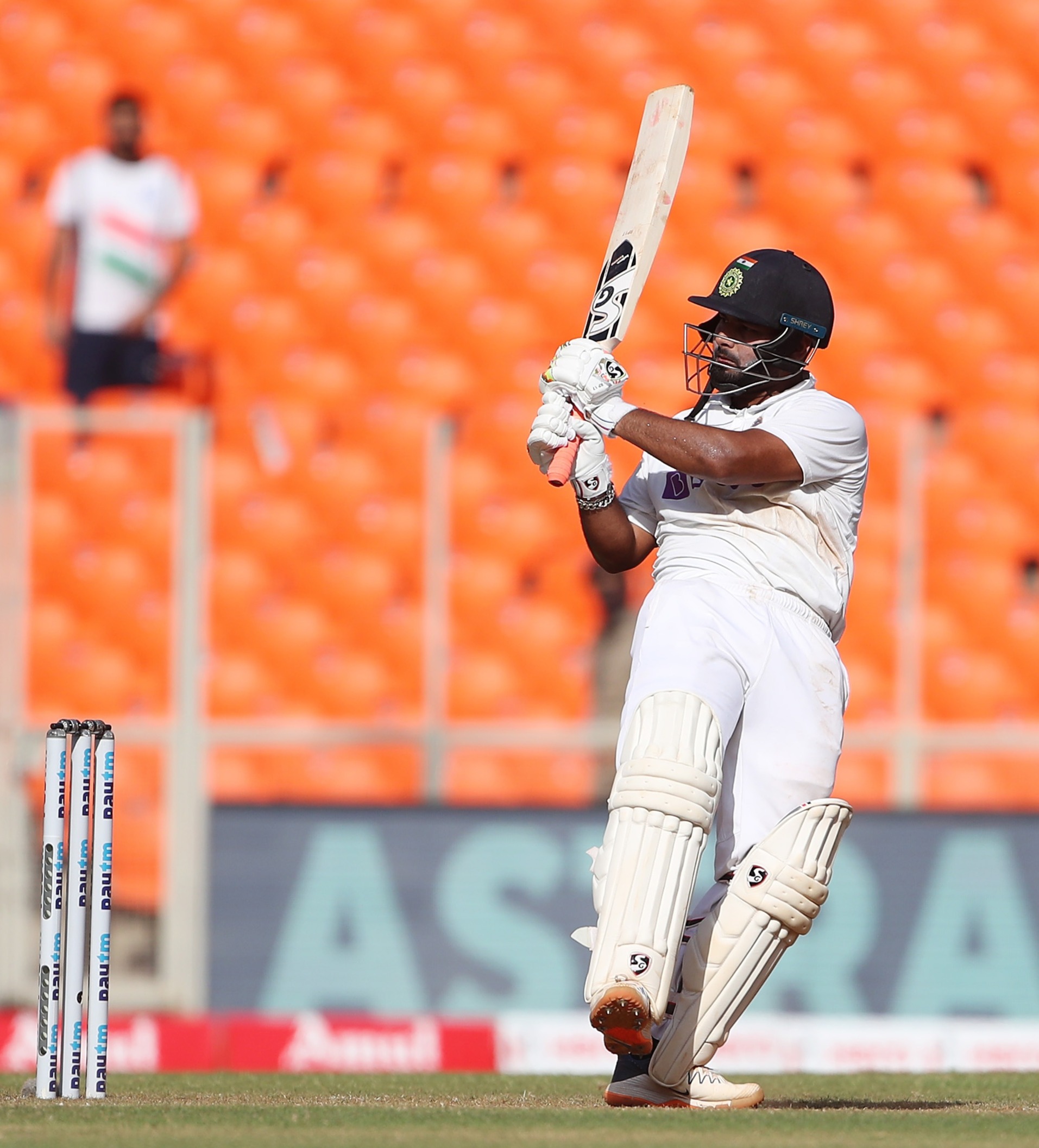 Only Anderson and Stokes could bowl seam and, with off-spinner Dom Bess again struggling for accuracy and sending down a string of full tosses, all-rounder Stokes had to bowl many more overs than expected in the sapping heat.

He was so knackered by the end of day two that he once dropped the ball as he ran into bowl and then sent down a chest-high beamer by accident to Sundar.

Don’t forget Stokes has been struggling with a nasty dose of the tummy troubles that have swept through the England camp.

But it was left-arm spinner Jack Leach who made the breakthrough when Cheteshwar Pujara was lbw. A good decision by umpire Nitin Menon, who has had a good series.

It was the fourth time in the series that Leach has dismissed Pujara. 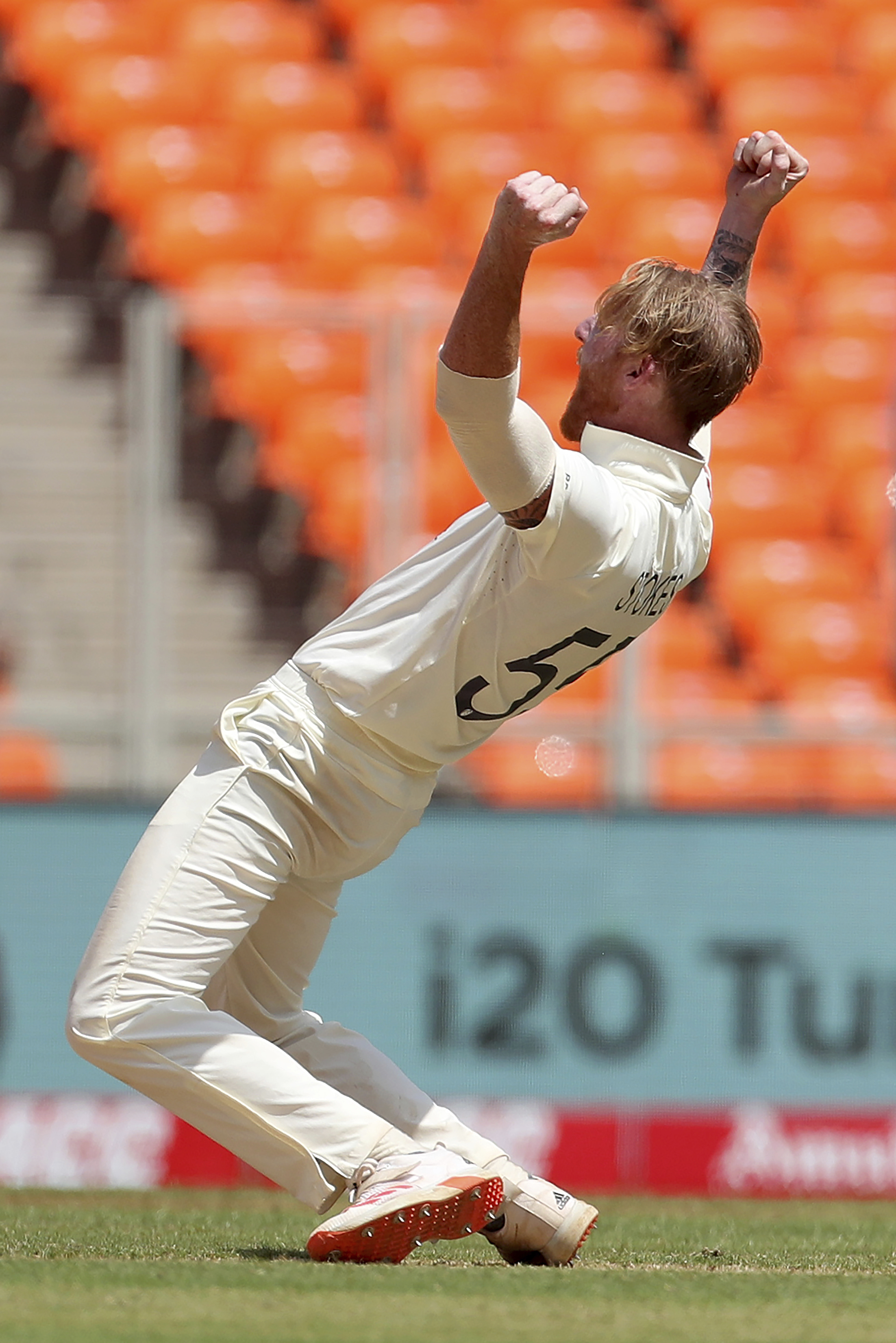 Ben Stokes bowled brilliantly to get England back into the gameCredit: AP:Associated Press 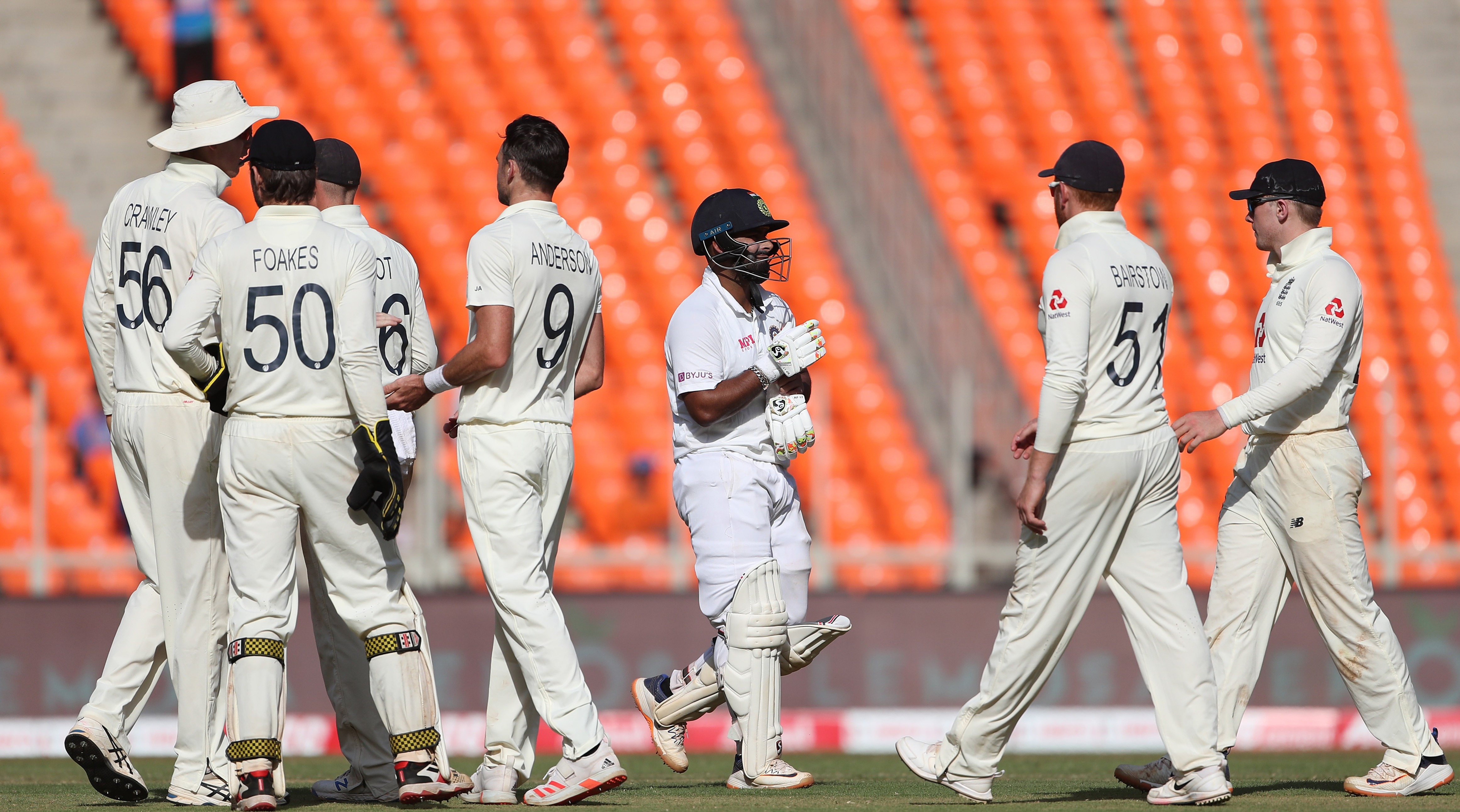 Jimmy Anderson was also exceptional in the morning session but England’s bowlers ran out of legsCredit: Getty Images – Getty

Then Stokes extracted sharp lift and coaxed an edge from Virat Kohli that Ben Foakes safely gathered. At that stage, Stokes had two wickets in the series – and both were Kohli.

It was also the first time that Kohli has been dismissed for two ducks in the same series.

Stokes would certainly have enjoyed the moment after his heated verbal exchange with Kohli on day one. Stokes has taken Kohli’s wicket five times in Test cricket, more than any other batsman.

Anderson took his second wicket when Ajinkya Rahane edged to second slip in the final over before lunch. Stokes – yes, that man again – held a good, low catch.

Stokes then removed Rohit Sharma for 49 with a booming inswinger. Rohit reviewed – but two ‘umpire’s calls’ supported the original decision of out. Just.

Leach coaxed Ravi Ashwin into clipping a catch to mid-wicket and England were right in the game.

Pant survived a close lbw shout against Bess when he had scored 35. He was given not out, England reviewed and the ball tracking showed ‘umpire’s call’ on height. So Pant continued and, wow, how he enjoyed himself.

Bess thought he had a wicket moments before the close when Axar Patel was given out lbw – but a review showed an inside edge.