MARSEILLE hooligans overwhelmed security and stormed on to the pitch to take on the home fans as tensions boiled over in their goalless draw at Angers.

Supporters climbed over barriers and charged towards home fans behind the goal in another unsavoury night for French football. 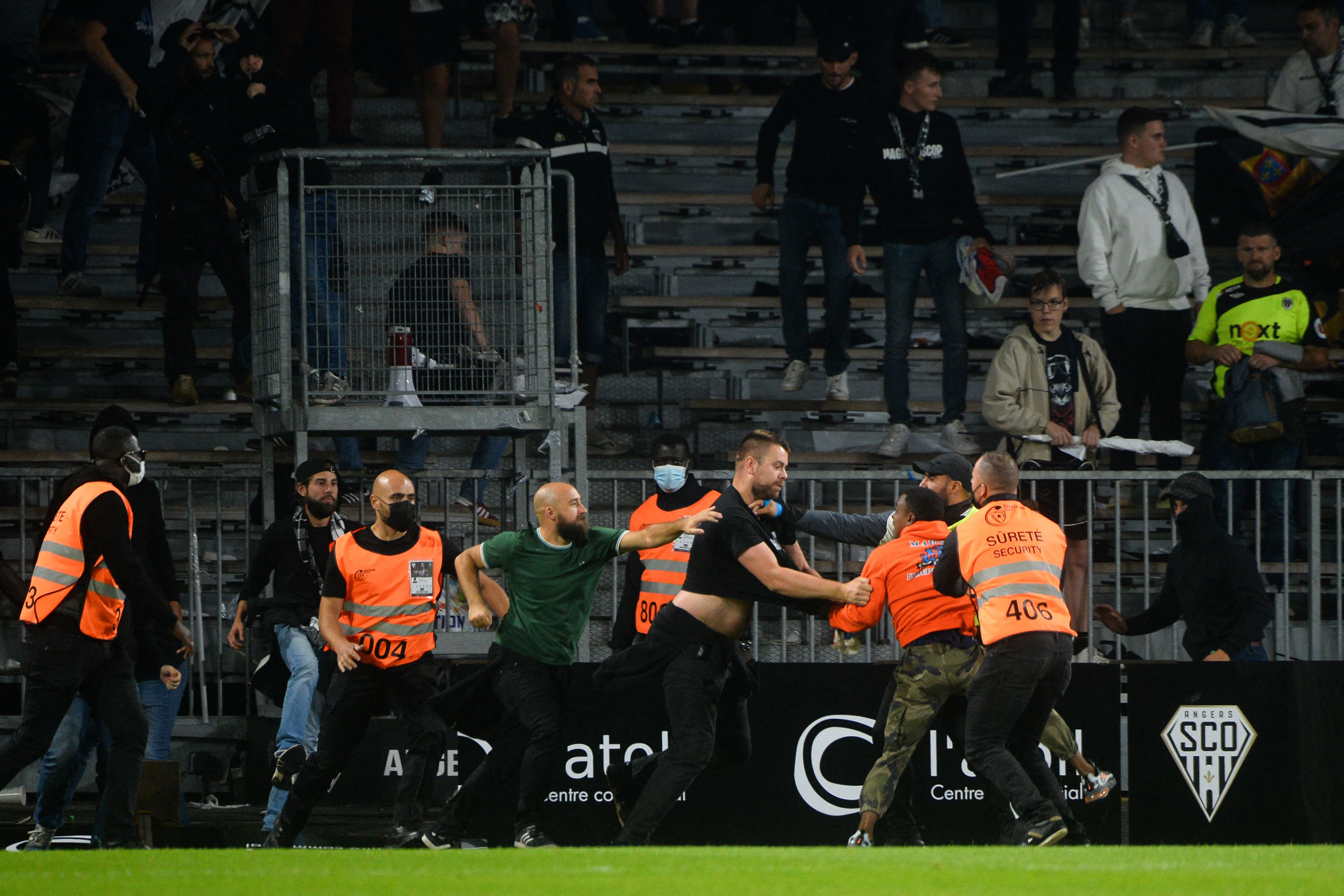 Fans had reportedly let off flares and firecrackers at each otherCredit: AFP 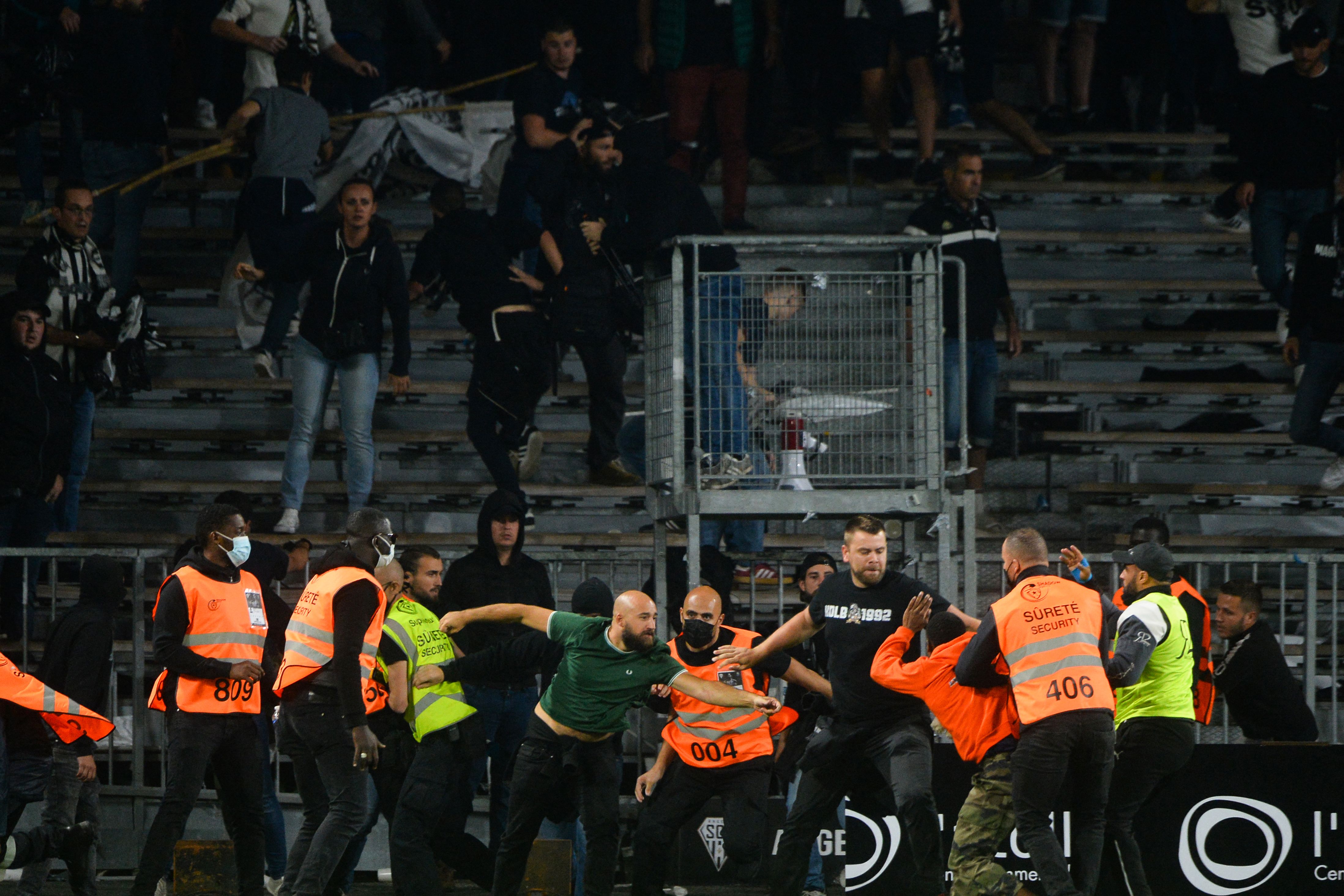 The scenes are the latest in a series of unsavoury events in Ligue 1Credit: AFP

Stewards and the stadium announcer tried desperately to calm the situation but were pushed aside by furious fans.

Supporters reportedly let off flares and firecrackers at each other during the Ligue 1 game, which saw Marseille in second draw with Angers in third.

Reports in France even suggest Marseille raised concerns before kick-off that it would be too easy for fans to access the pitch at Stade Raymond Kopa.

And any concerns appeared well placed as the chaotic scenes unfolded.

The latest brawl comes in the wake of crowd trouble at a host of Ligue 1 clubs.

At least 16 Bordeaux fans were injured after their bus was reportedly ambushed by Montpellier fans en route to their league clash.

And last month Marseille were involved in another night of violence after their league clash with Nice had to be stopped after rioting broke out on the pitch.

The match had to be abandoned as Nice fans reacted furiously when Marseille’s Dimitri Payet lobbed a bottle thrown at him back at the home fans.

What followed was a huge melee with Marseille coach Pablo Hernandez even punching a Nice fan to the ground.