While he is renowned for the earliness with which he rises each morning before urging his Social Media Disgrace Twitter followers to “attack the day”, Gary Neville is currently packing so much activity into his life that The Fiver can’t help but wonder if he ever gets his head down on a pillow at all. A man with fingers in more pies than whoever is tasked with testing the pastry lids at Pukka, Neville performs multiple roles as a pundit, property magnate, hotelier, hands-on football club co-owner and general rabble-rouser trying to save the game from the kind of greedy self-interested billionaires he wants drummed out of the English game … unless they happen to own a stake in Salford City or the over-priced sports subscription service on which he regularly appears.

But as busy as he is, Neville remains unfulfilled and has decided to branch out into the lucrative chat industry. And hot on the heels of his intriguing and often moving interview with former boss Lord Ferg, he’s released a five-minute taster of his good walk spoiled with Tottenham striker Harry Kane, who was last spotted looking misty-eyed and wistful as he craned his neck towards the gods at White Hart Lane in what might well have been one last lingering look at the 10,000 unlucky supporters who had paid up to £60 a head for the privilege of booing him and his teammates off after their defeat by Aston Villa.

Released in conjunction with Neville’s new YouTube channel The Overlap, the interview with Kane features the Parky of the Snaptok generation striding down a fairway, golf clubs in hand, discussing Kane’s hopes, dreams and ambitions. “It’s a moment in my career where I have to kind of reflect and see where I’m at and have a good, honest conversation with the chairman,” cooed Kane, in a chat that was recorded before he made public his desire to leave Spurs. “I hope that we can have that conversation. I’m sure that he’ll want to set out the plan of where he sees it but ultimately it’s going to be down to me and how I feel and what’s going to be the best for me and my career at this moment in time.”

In an ideal world, it would ultimately be down to Kane and how he feels, etc and so on, if it wasn’t for the small matter of three years remaining on the contract he signed with Spurs. “I’m not sure how that conversation will go if I’m honest,” Kane explained, despite sporting the ruefully gloomy countenance of a man who knows exactly how it will go. The laughter with which he interrogator responded said it all.

“My goalkeeper teammates wrote to me, I asked some things too, did some training with the goalkeeping coach and he gave me some advice. With all the adrenaline I had, I got a little lost and I always used the penalty spot as a reference” – veteran midfielder Enzo Pérez on his debut between the sticks as River Plate, 20 players out and with no subs, still managed to beat Santa Fe in the Copa Libertadores.

Get your listening gear around the latest Football Weekly Extra podcast.

Tickets are available now for Football Weekly Live’s Euro Not 2020 preview special on 10 June. Get them while they’re hot.

“I think most Sunday League players will feel a special kinship with River Plate. Who hasn’t rocked up to a match with only 11 players, stuck a midfielder in goal and gone for it? It just doesn’t usually end up with victory in South America’s premier club competition” – Jim Hearson.

“It’s been a [Snip – Fiver Bad Word Ed] season, between Covid, the €$£ and Big Cup’s finalists. But I have just read that Raúl Jiménez will be playing next season. I don’t know why, but this has made me deliriously happy (nothing to do with the Tin I’ve been drinking). I’m a Liverpool fan but I’ll cheer his every touch. Bring on next season” – Gareth Aherne.

“Re: the Harry Kane Transfer Saga™ (Fiver passim). Try this from the, er, Caine Mutiny: ‘You can’t understand command till you’ve had it. It’s the loneliest, most oppressive job in the world. It’s a nightmare, unless you’re an ox. You’re forever teetering along a path of correct decisions and good luck that meanders through a gloom of possible mistakes.’ Good luck, then” – Malcolm Foley.

“Like many Forest fans, I’d describe last season as forgettable. In that spirit I’m delighted to see The Fiver and Scottish FA website helping this by sending Scott McKenna back to Aberdeen in the Euros squad announcement (yesterday’s News, Bits and Bobs). So long as we can have him back in August” – Andy Taylor.

Send your letters to the.boss@theguardian.com. And you can always tweet The Fiver via @guardian_sport. Today’s winner of our prizeless letter o’the day is … Malcolm Foley.

Chris Chilton, Hull City’s record goalscorer who was diagnosed with Alzheimer’s disease and vascular dementia in 2012, has died aged 77. 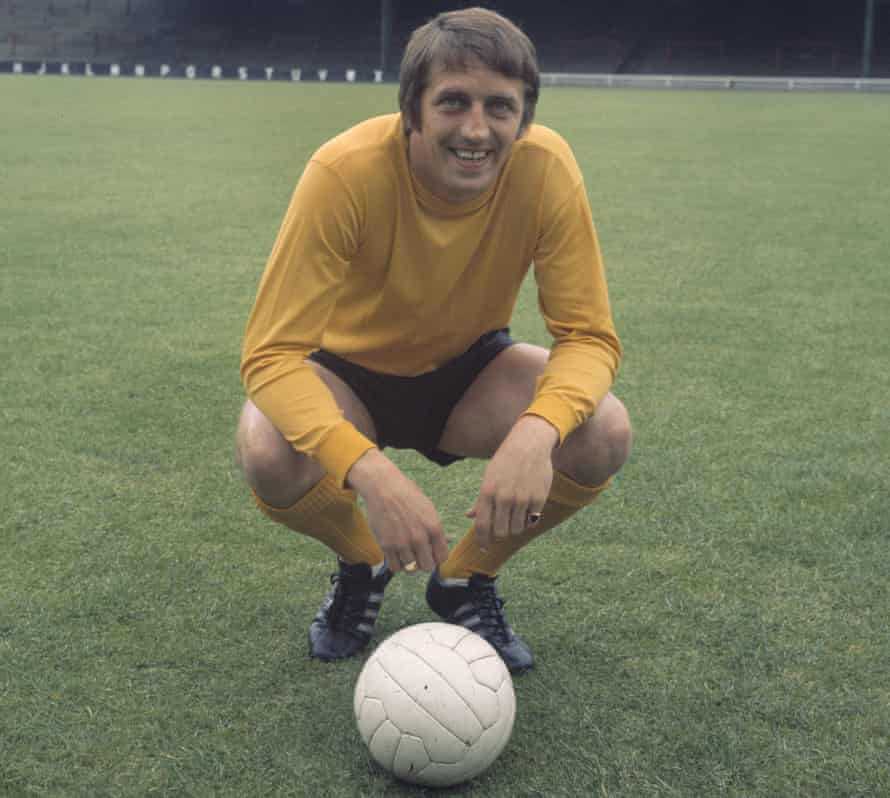 Manchester City’s Rúben Dias has been voted the football writers’ men’s player of the year, becoming the first defender to win the prize since Steve Nicol in 1989.

In a feelgood story for our times, it looks like Liverpool will join fellow €$£ plotters Chelsea, Manchester United and Manchester City in Big Cup next season, after their 3-0 win at Burnley propelled them above Leicester. “It’s insane that we came this close but we are not through yet,” tooted Jürgen Klopp.

West Ham, Arsenal and Everton are still battling for Big Vase spots after wins on Wednesday.

Sam Allardyce will not be joining West Brom in the Championship. “I’ve tried to leave it alone a few times and say I’m retiring … I’m not saying that this time because I can’t say it,” he parped. “I keep making myself look a fool by coming back.”

Sunderland are staring another League One season in the face after losing 2-0 at Lincoln in their play-off first leg. “I truly believe we can still do it,” barked Black Cats boss Lee Johnson. “We need to have a big, big night on Saturday.”

And Eni Aluko has been appointed as sporting director at new Los Angeles-based side Angel City FC. “I am thrilled to join a fantastic female-led ownership group, many of whom I have admired and been inspired by from a young age,” she cheered. 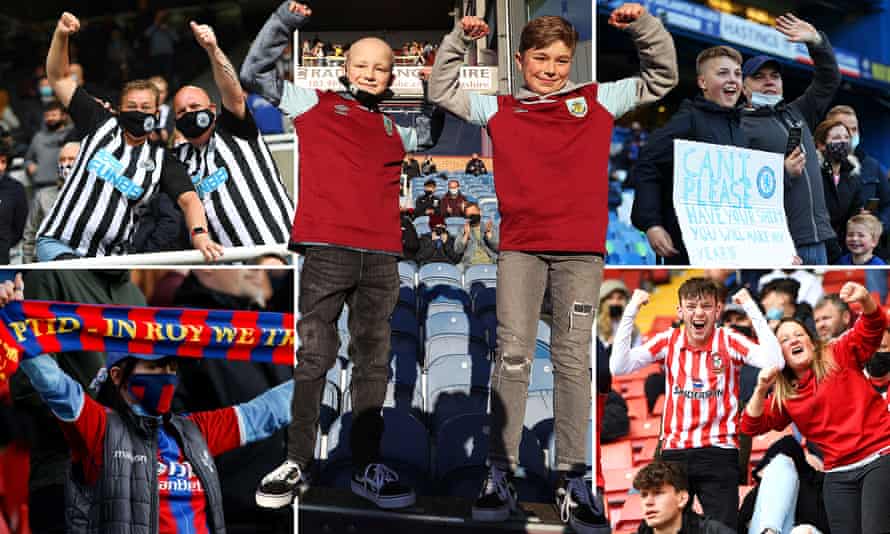 Back in the game. Composite: PA; EPA; Getty Images

The battle for Europe: how the Premier League’s places will be decided.

A Coppa Italia winner with Enrico Chiesa and Parma in 1999, Gigi Buffon repeated the trick with Federico and Juve 22 years later. Nicky Bandini has more.

Brentford are desperate to avoid becoming a “nearly team”, as Ben Fisher explains.