THE abdication of Novak Djokovic as the King of Grass will have to wait for another day.

The Duke and Duchess of Cambridge watched from start to finish in the Centre Court Royal Box as Djokovic came from the brink of elimination to progress to Friday’s Wimbledon semi-finals.

Novak Djokovic was in a super battle with Jannik Sinner on Centre CourtCredit: Richard Pelham / The Sun 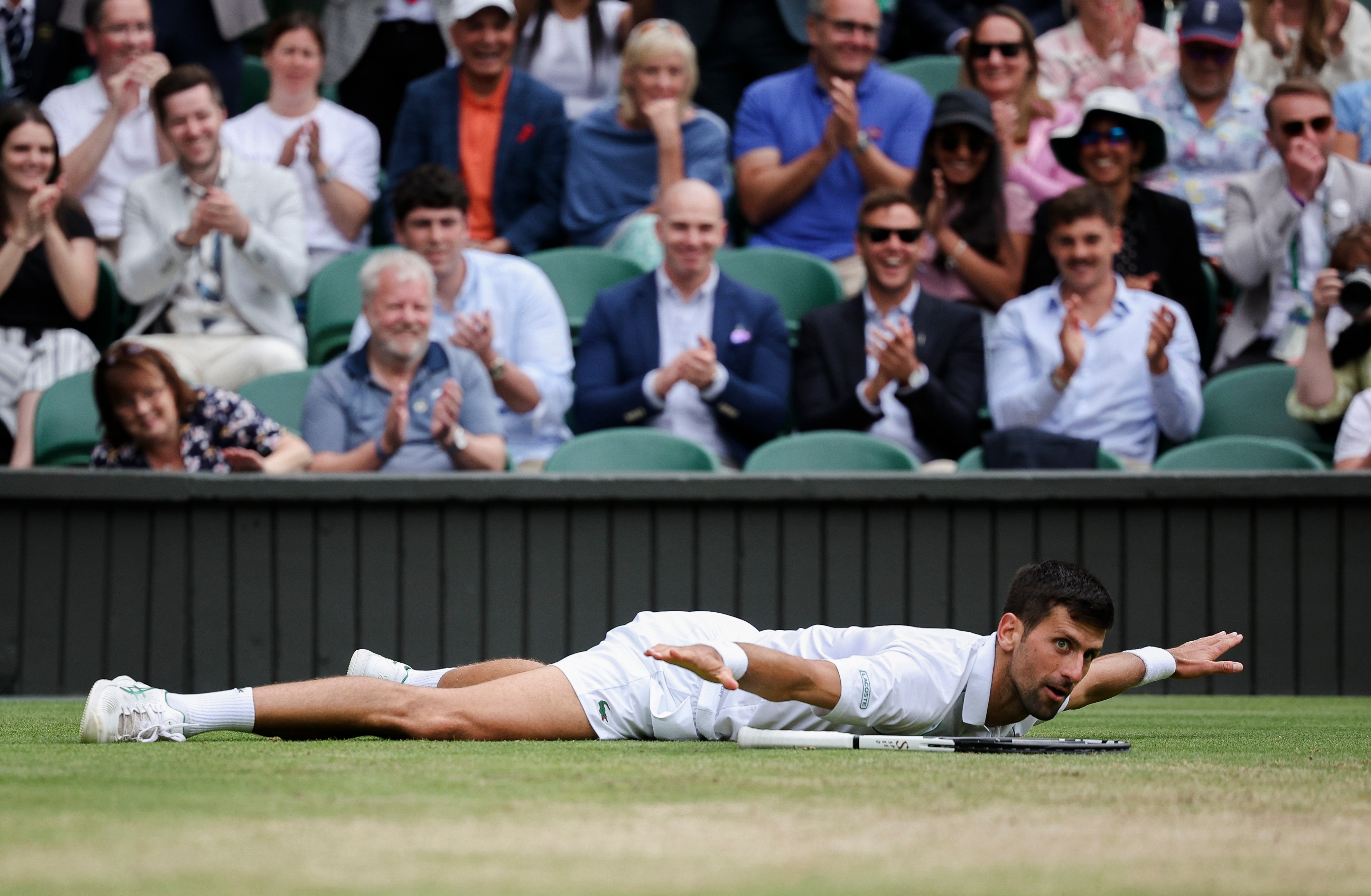 Djokovic secured the double break in the final set after superb work at the back of the courtCredit: Richard Pelham / The Sun 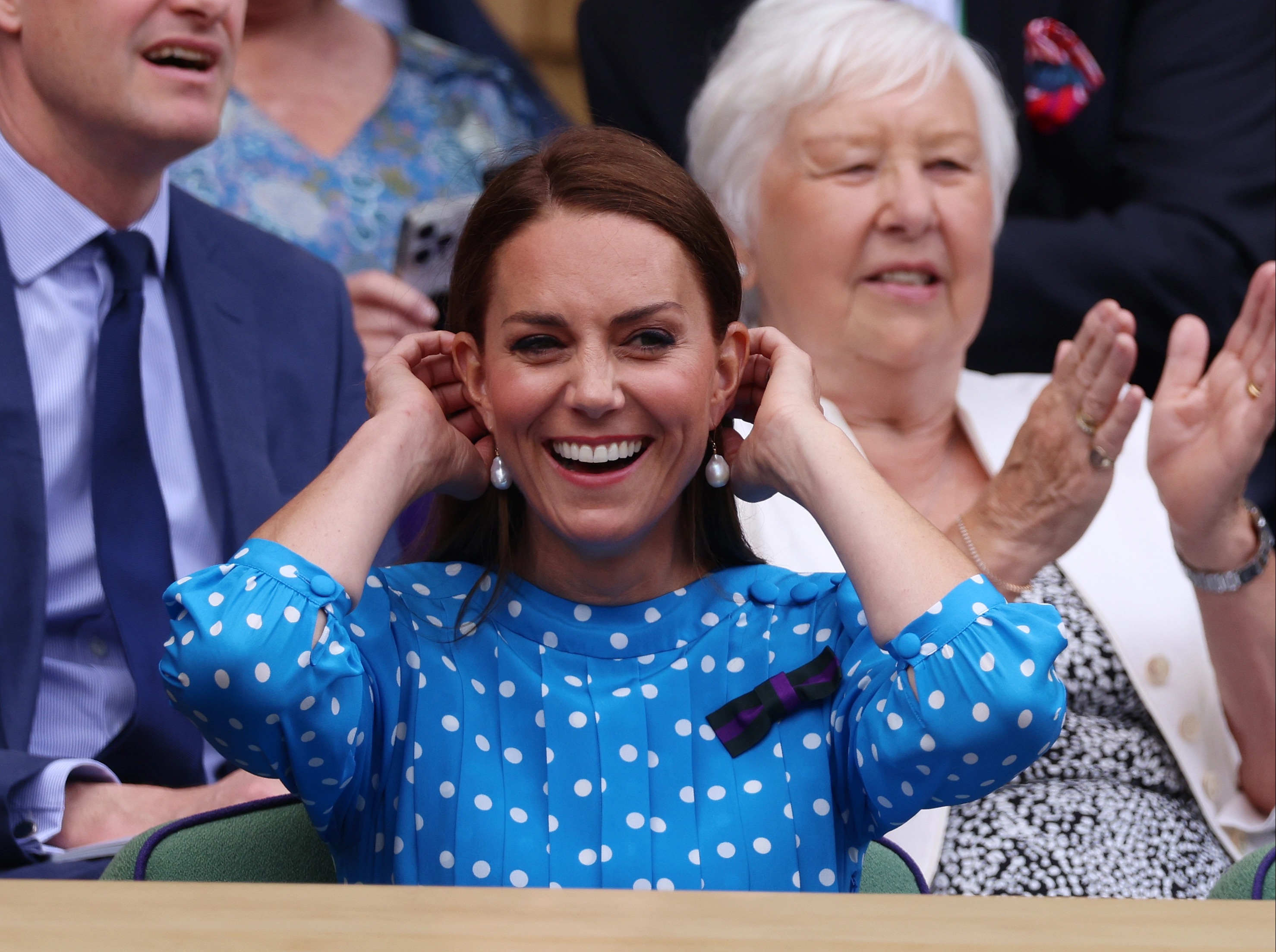 The Duchess of Cambridge was in the Royal Box to witness the comebackCredit: Richard Pelham / The Sun

It was not a regal performance by any stretch but the three-time defending champion showed all his characteristic fighting qualities to ruin Jannik Sinner’s summer.

For the seventh time in his long, illustrious career, Djokovic escaped to victory despite losing the opening two sets of the match.

The world No3 will now face either Cameron Norrie or David Goffin in an 11th Wimbledon semi-final, equalling the mark of Jimmy Connors and two behind Roger Federer’s record of 13.

Largely untested in his opening four matches, Djokovic started off in blistering fashion, winning 12 of the first 15 points and cruising to a 3-0 lead inside 10 minutes.

When Djokovic went 4-1 up, it was one-way traffic and the result felt inevitable – indeed few would have believed Sinner had much luck to cause the upset.

Yet something unusual happened in the seventh game as tension gripped the racket hand of Djokovic and his confidence took a battering.

The speed of his second serve dipped considerably – at times he was unable to get it up beyond 90mph on the speed gun – and the younger man took advantage of the uncharacteristic wobbles to grasp the first set on 57 minutes.

Sinner, who like Djokovic hails from a skiing background, has a surprisingly powerful forehand in spite of his slender frame.

That weapon came more into force as the match progressed and when Djokovic produced an unforced error on his backhand, Sinner moved a break up in the third game of the second set.

Sinner’s eyesight and judgement call proved spectacularly right when he broke again in the sixth game, using Hawkeye to win the break point though his shot had been initially called out.

Only six times in his long and illustrious career had Djokovic managed to escape to victory from a two-sets-down scenario.

The seventh came after more than three-and-a-half hours on court as Djokovic overcame his dips and showed his superiority in the third, fourth and fifth sets.

Djokovic, 35, showed great sportsmanship when he climbed over the net and lifted Sinner, 20, to his feet after the Italian fell over and hurt his ankle.

In the closing stages, the top seed fell to the floor and spread out his arms like Superman, an image that summed up his heroic fightback.

Djokovic said: “For the first two sets, compared to the last three sets, we had two different matches. He was the better player for two sets.

“I went out, I had a refreshment, a toilet break and a little pep talk in the mirror. It’s actually true.

“Sometimes in these kind of circumstances where not much is happening positively for you on the court in terms of tennis.

“And the other guy is dominating the play, sometimes these things are necessary, a little break, a little pep talk and try to recuperate and regather the thoughts and reassemble everything you have, come at your opponent with the best possible game.

“The experience of playing on this stage for many matches helped me to deal and cope with the pressure in these big matches.

“The toilet break was the turning point. 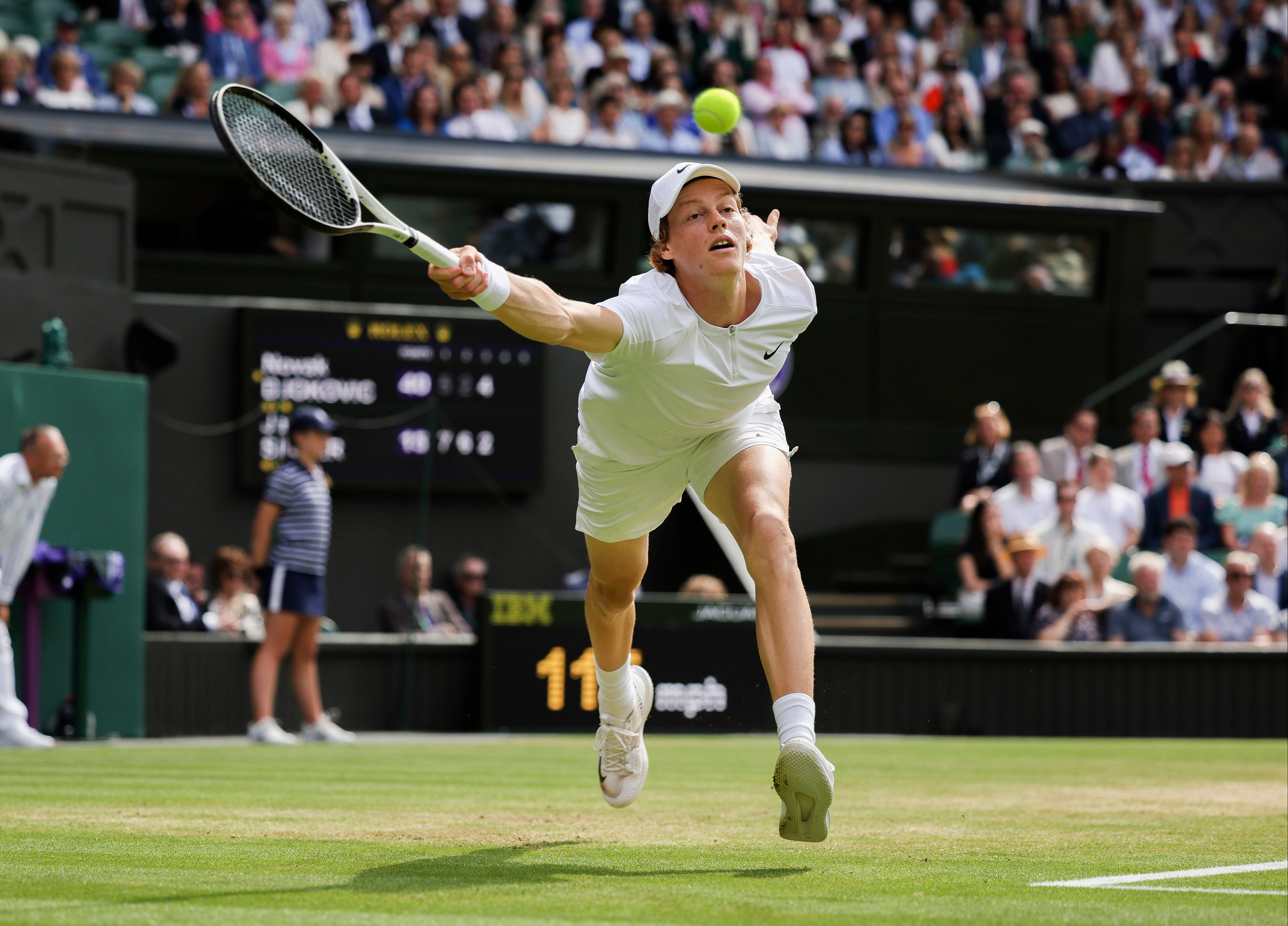 Sinner pushed Djokovic all the way and looked to be ready to cause a shockCredit: Richard Pelham / The Sun 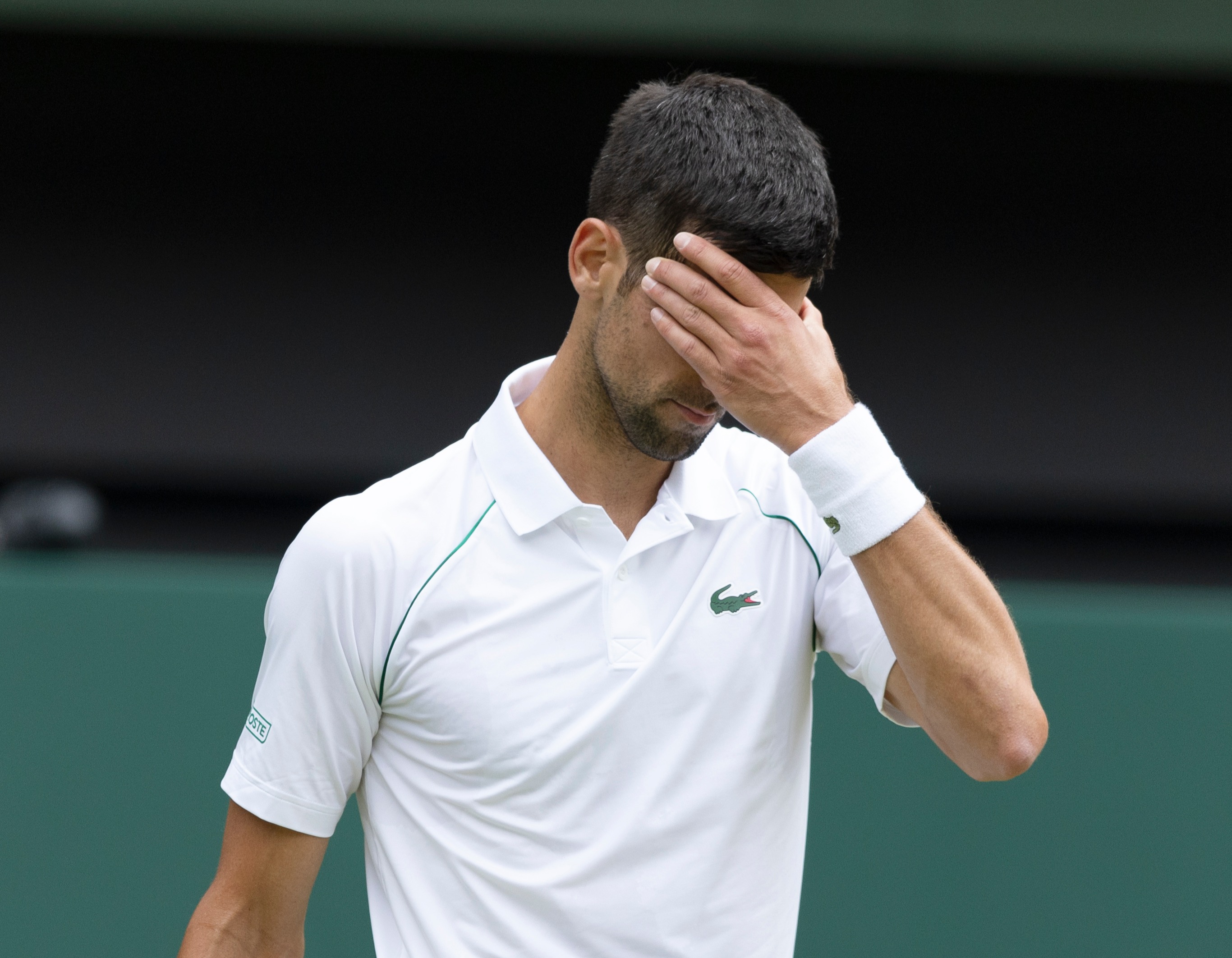 Djokovic was really struggling to cope with Sinner in sets one and twoCredit: Richard Pelham / The Sun 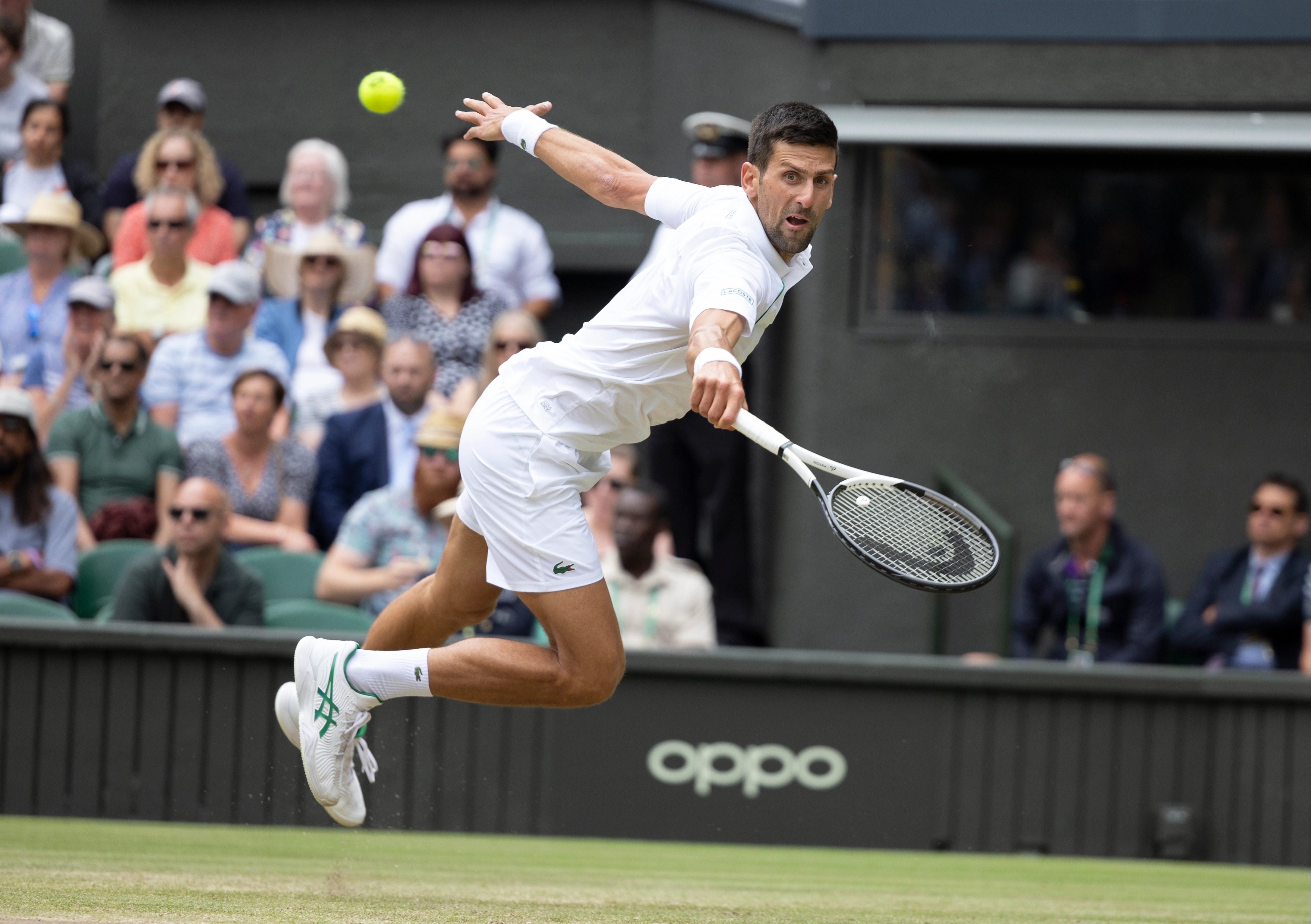 Djokovic simply refused to give in and found a new energy after a toilet breakCredit: Richard Pelham / The Sun 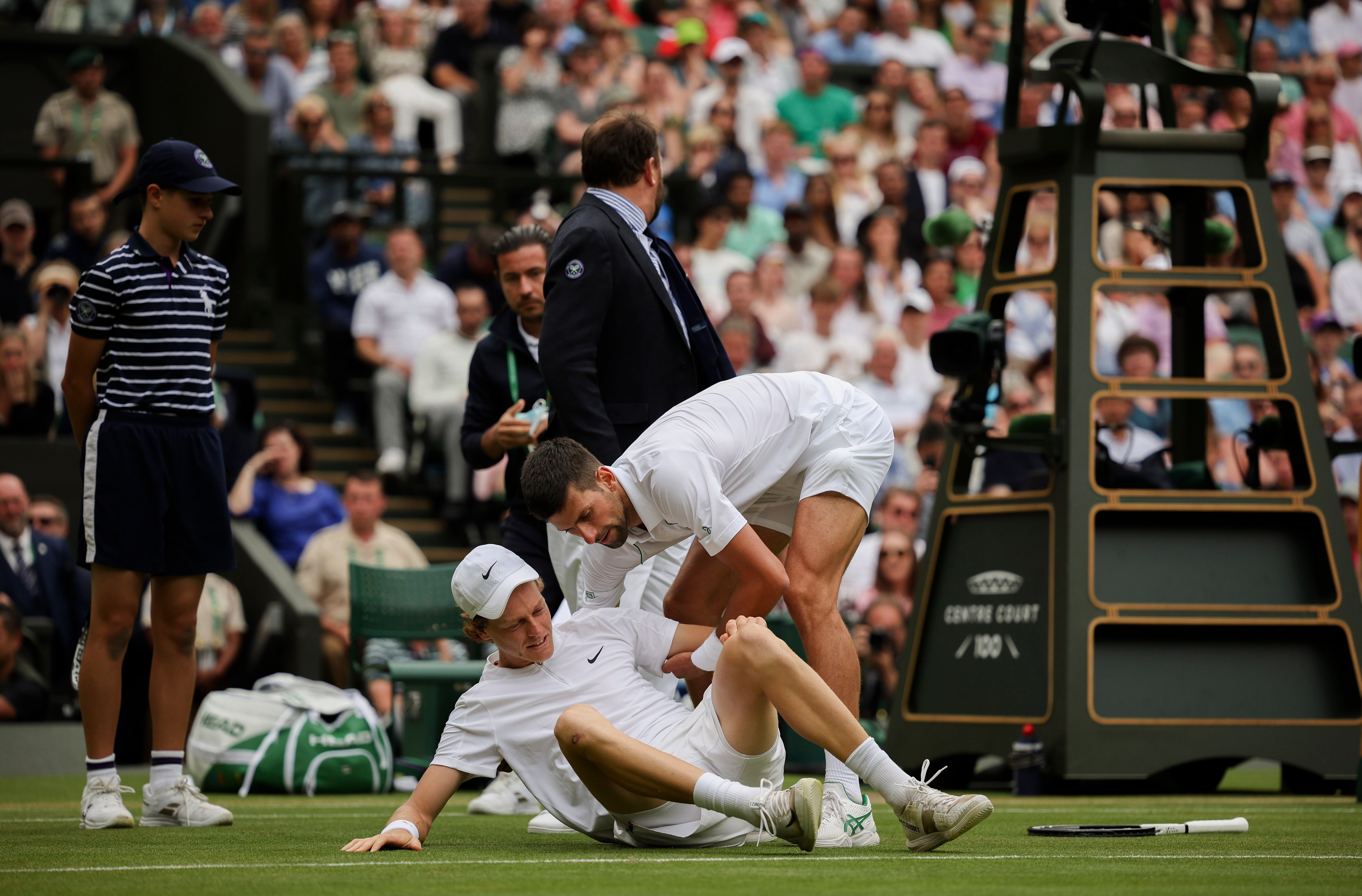 Sinner took a tumble late in the fourth set and Djokovic ran to helpCredit: Richard Pelham / The Sun