TREVOH CHALOBAH has admitted he suffered with anxiety when he first broke into the Chelsea first team.

The Blues centre-back made his name for the side last season, making 20 league appearances under former boss Thomas Tuchel.

Chalobah has opened up about the struggles with his mental healthCredit: Getty

Yet he has now revealed that he struggled behind the scenes as he initially played for the then Champions League winners.

Chalobah, who was born in Sierra Leone, had to bide his time before being a Stamford Bridge regular.

The 23-year-old had loan spells with Ipswich, Huddersfield Town and Lorient in France before being given the responsibility of marshalling the Chelsea defence.

His form this campaign has been good enough to see him become an outside bet to make Gareth Southgate’s World Cup squad next month. 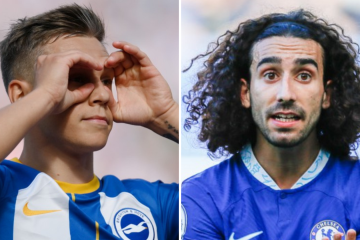 But he says it was talking to his family and close friends that saw him overcome the nerves and anxieties of being a top-flight footballer.

Speaking on The Residncy podcast, Chalobah said: “People don’t know what players are going through.

“We’re normal human beings. They think we’re super humans, that we don’t get affected by what people say, by what people do. I’m the same as you guys.

“I remember playing for Chelsea last season. Towards the start of the season I was suffering with anxiety.

“But it’s different when you’re playing for your boyhood club at a big Champions League-winning team the year before that.

“This was the start of last season, the first weeks or first month or so was tough. But then I managed to pull through it.

“It was just talking to my family really, it was talking to people. I have a very good support system.