THE owner of a clothing brand promoted by Neymar and Luis Suarez has reportedly been arrested on suspicion of drug trafficking and money laundering.

Dutch media claim the owner of My Brand, known as Domenico G., is alleged to have used his company as “ideal cover for his criminal activities.”

The owner of a clothing company promoted by Luis Suarez has been arrested on drug trafficking chargesCredit: Facebook – MY BRAND 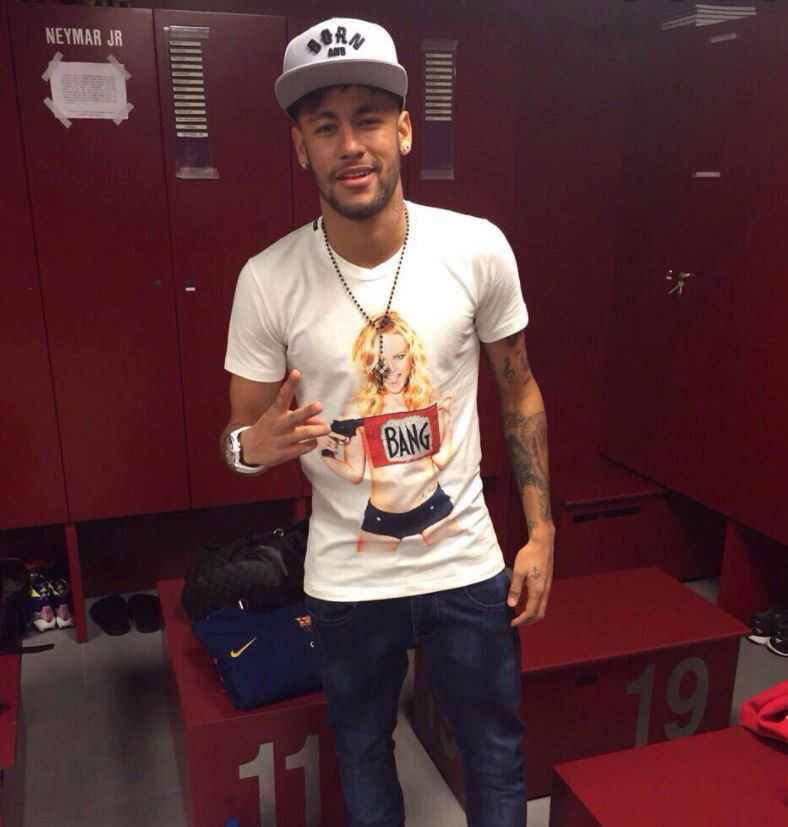 PSG ace Neymar has also promoted My Brand in the pastCredit: nl.pinterest.com

Police raided his Amsterdam house this month and reportedly found a firearm plus around £195,000 in cash.

Domenico G., 44, was abroad at the time and handed himself in upon returning to the Dutch capital.

Paris Saint-Germain ace Neymar and free agent Suarez have both promoted My Brand in the past.

A tweet from Suarez in 2016 showed him wearing My Brand clothing.

A caption read: “Starting tomorrow you will be able to enjoy Luis Suarez’s Platinum collection from @MyOfficialBrand. I hope you will like it.”

And ex-Arsenal winger Glenn Helder was reportedly My Brand’s ambassador in 2018.

Detective Arno van Leeiwen said: “When people see players like Neymar and Suarez in those clothes, they quickly think: that must be a neat brand.

“So these football players are abused through the clothing line, which is again a cover for the cocaine line.”

Winnie Haatrecht, Vermeer’s agent, commented: “At the peak of their careers, footballers receive 20-30 requests a month to promote something.

“It is difficult to hire a detective to investigate everything. Of course it scares you, but it can’t be prevented.

“And I also don’t think it is our responsibility if you wore a shirt five years ago of what now turns out to be a criminal suspect.”

There has also been no comment from either Neymar or Suarez.

A statement on My Brand’s Twitter page read: “In view of the press release issued by the Public Prosecution Service on July 13 and the resulting media reports, My Brand notes the following.

“The reporting from the Public Prosecution Service regarding Domenico G. is a private matter.

“Therefore, the criminal prosecution has nothing whatsoever to do with My Brand.

“Against the foregoing background (at this time), no further announcements on the matter will be made.”