NEWCASTLE’S winter break in Saudi Arabia ended in farce when Ciaran Clark was sent off for PUNCHING an opponent during a friendly.

The defender was shown a straight red after lashing out at Al-Ittihad striker Abdo Hamdallah, who was also shown his marching order following the “tangle”. 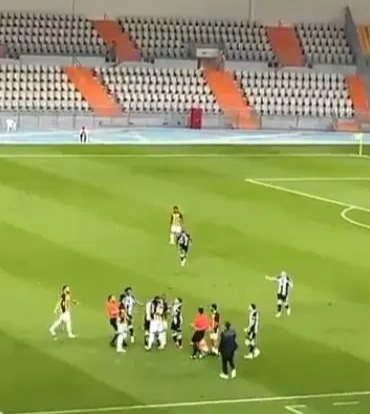 Toon won 2-1 thanks to goals from Allan Saint-Maximin and Ryan Fraser before they fly back to Tyneside on Saturday.

Magpies boss Eddie Howe had earlier said that the training camp in Jeddah had been a resounding success with the squad bonding in the Saudi desert and meeting with the new owners.

But they return to the UK on a sour note after Clark, 32, was shown red in front of co-owner Amanda Staveley, Saudi dignitaries and the UK’s Saudi ambassador Neil Crompton.

The Ireland defender was all smiles at the end as he was pictured beaming alongside Hamdallah.

And Howe said: “There is no need for the red card. The referee could have dealt with it in a different way, but by the book, it’s probably the right decision.”

Newcastle have sealed a deal in excess of £40million for Lyon midfielder Bruno Guimaraes.

Howe is still on the lookout for new signings before the transfer window closes on Monday.

They retain an interest in Jesse Lingard and are also eyeing Arsenal’s Eddie Nketiah and Brighton’s Dan Burn.

Asked if he will be trying to secure new arrivals as soon as he lands on Tyneside, Howe added: “ It’s not even about landing, it will be during the journey as well!

“There is no stop at the moment

“The window is coming to it’s climax and we need to make sure we’re stronger than when it started.”

The Magpies have also been linked with Arsenal striker Eddie Nketiah and Brighton defender Dan Burn. 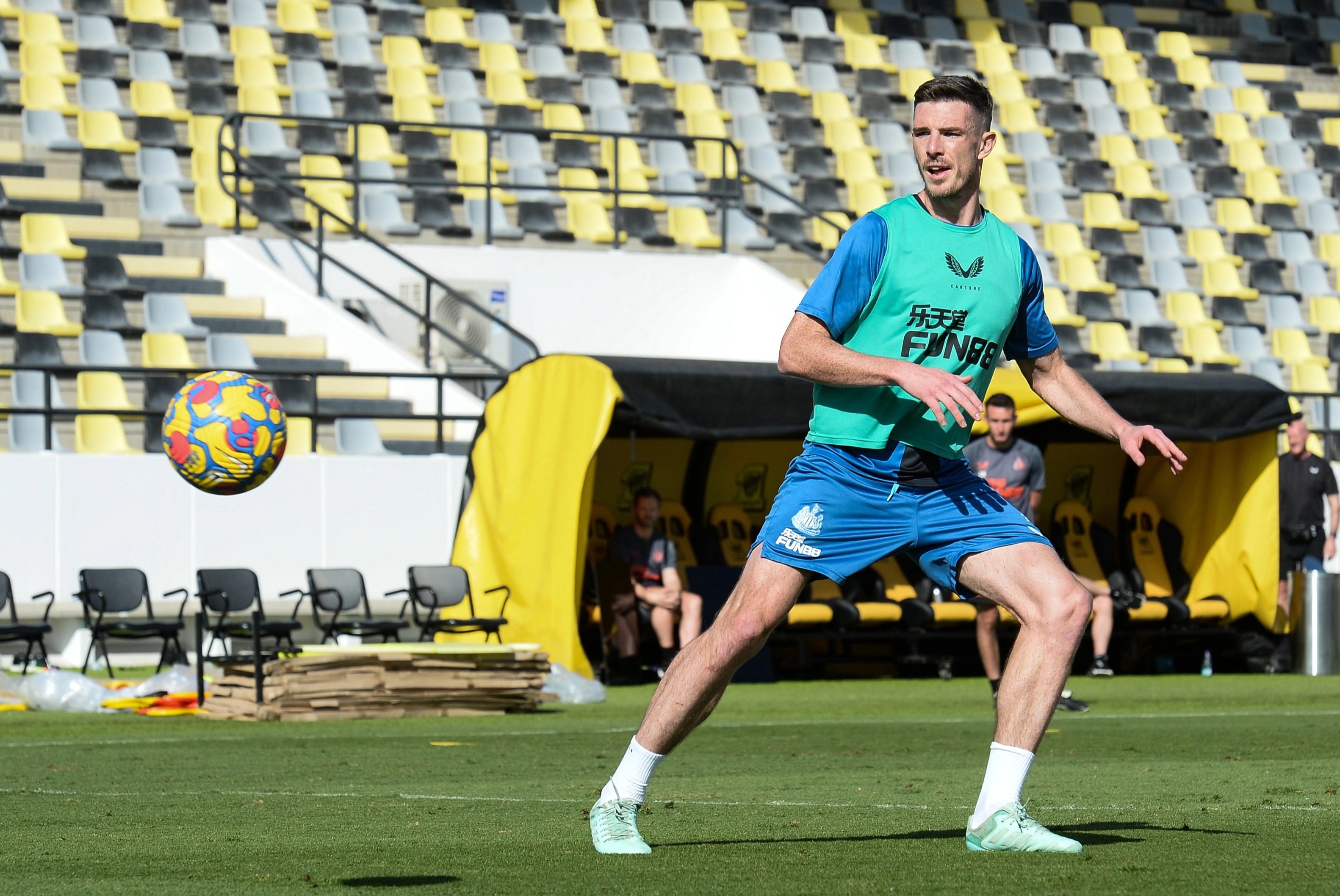 Ciaran Clark and Co have been warm-weather training in Saudi ArabiaCredit: Getty