EDDIE HOWE has banned Newcastle’s players from having a Christmas party.

Adopting the role of the Grinch, Howe insists this is not the time for a festive knees-up as they battle relegation.

The Magpies boss took his team and staff out for a meal on Thursday.

But he said: “I don’t think this moment is the time for the players to be having a Christmas party.

“We have had a gathering this week of staff and players, a meal together.

“But I don’t think with one, the fixture congestion, two, Covid and three, our league position, it is the time for that.

“I will be trying to get the message to them to focus on the work and the games. That takes priority over anything else.”

While all the chatter among fans is about who Newcastle will be able to buy in January with their Saudi billions, Howe is already making decisions on who is for the exit door.

And he added: “We have a squad limit with the 25-man squad, so (if there are signings in January) there would need to be a balancing act there.

“I don’t think you want players that are here but not available.

“We are at the stage where players have to impress me to be part of the future.

“It’s a very simple equation and I’m looking at them every day, making assumptions and decisions.

“If they want to be part of the future of the club, they have to perform well.”

Victory over Burnley last weekend, Newcastle’s first of the season, dragged them off the foot of the table. 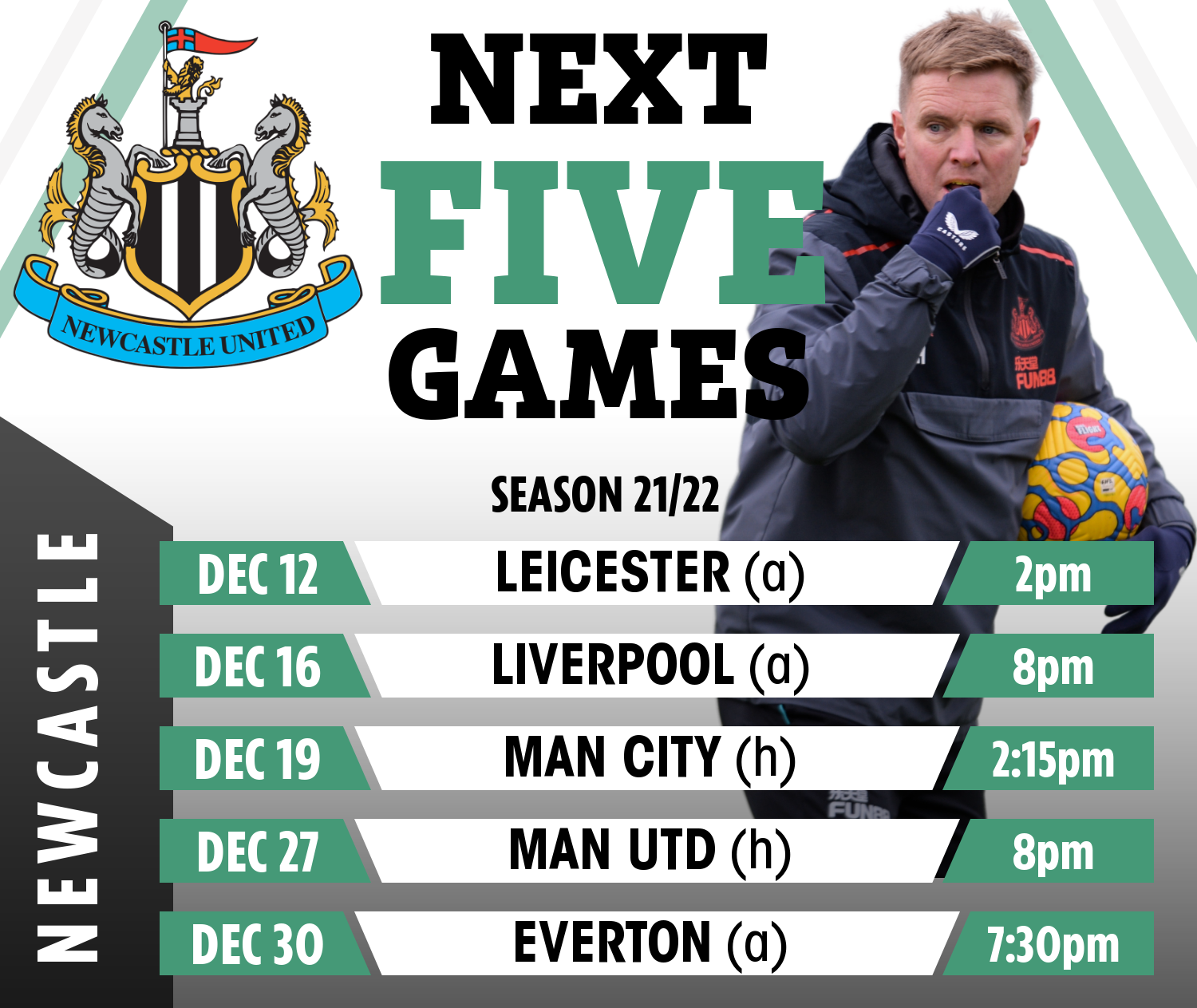 They are now just three points off safety but have Liverpool, Manchester City and Manchester United up after Sunday’s trip to Leicester.

And Howe added: “We’ve got that win, which we needed

“Everyone was well aware, and I was certainly well aware that we needed it.

“The team is now in a better place mentally.”