NEWCASTLE boss Steve Bruce has asked for “clarity” on his position after seeing his side fall to a 3-2 defeat at home to Spurs.

There was a joyous atmosphere before the game on Sunday, as Magpies fans were in celebratory mode for the first game after their sensational Saudi takeover.

Steve Bruce has asked for ‘clarity’ on his position as Newcastle boss from the club’s new ownersCredit: AFP

However, things don’t go according to the script as Spurs spoiled the party by claiming the win.

Bruce, 60, was already under pressure – with fans calling for his head following a dismal run.

The likes of Antonio Conte, Frank Lampard, Steven Gerrard, Zinedine Zidane and Paulo Fonseca have all been linked with the Newcastle job.

And there will be increasing speculation about Bruce’s position, with the latest loss extending that streak to eight games without a win.

Speaking to Sky Sports after the game about the rumours, Bruce said: “That’s for other people to decide, if I was reading everything I might not have been here today, but my job is to get a few results.

“If you haven’t won in seven or eight then you will come under pressure. I’ll crack on and carry on as best I can until I hear otherwise.

“The new owners have been very respectful, and Rome wasn’t built in a day. It’s up to me, in the near future anyway, to maybe get better.

“The people of Newcastle want to see the club move forward.”

St James’ Park was rocking before kick off – with celebrity fans Ant and Dec spotted in the crowd enjoying the carnival atmosphere.

It was a celebration of the end of an era that brought controversy and frustration under Mike Ashley.

Owners Yasir Al-Rumayyan and Amanda Staveley were spotted in the stands cheering the team on.

And they would’ve been overjoyed to have seen Callum Wilson open the scoring in the opening couple of minutes. 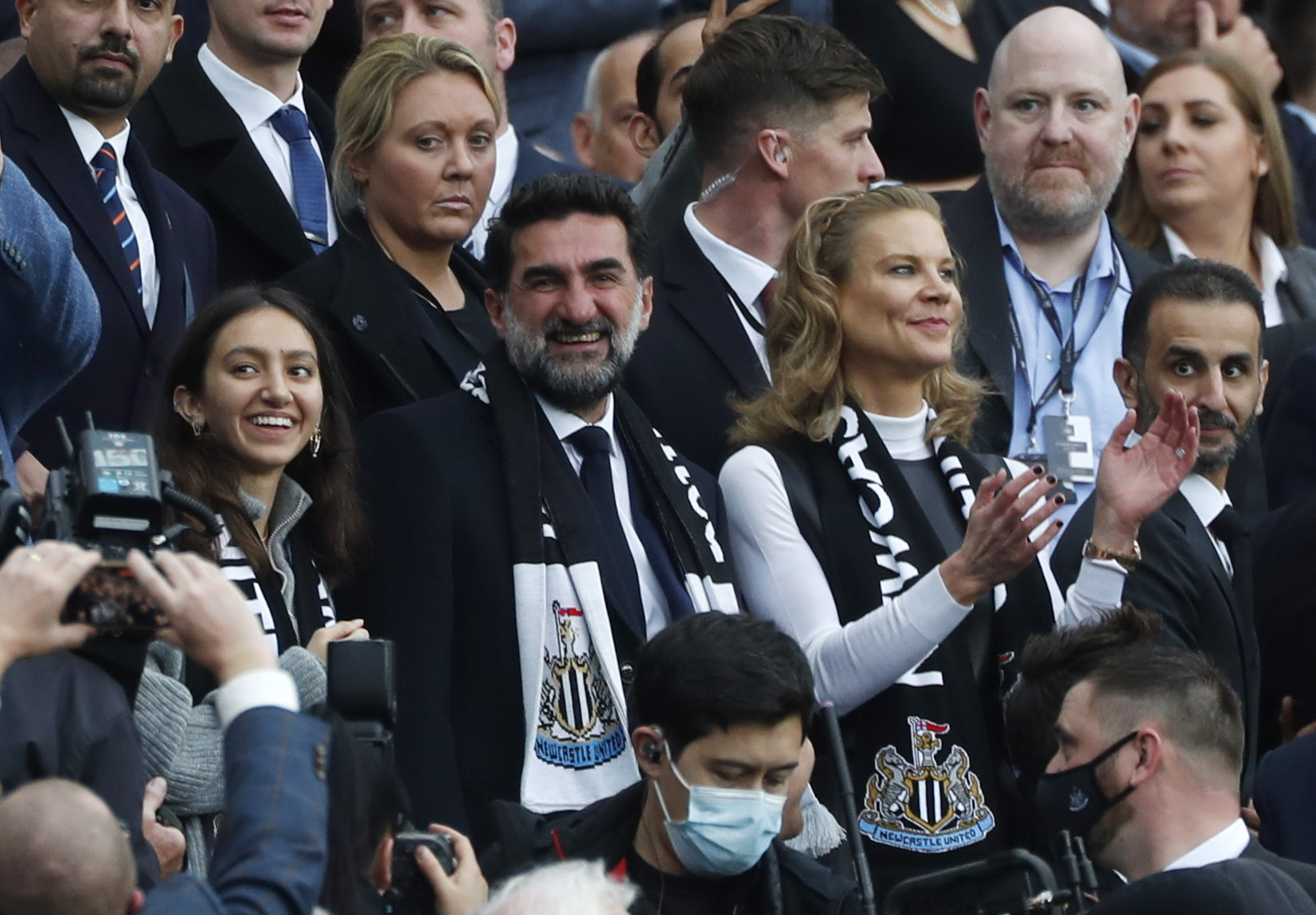 Owners Yasir Al-Rumayyan and Amanda Staveley watched from the game against Spurs from the standsCredit: Reuters

However, goals from Tanguy Ndombele, Heung-min Son and Harry Kane before half-time spoiled the day.

The first half was also suspended after a fan suffered a suspected heart attack – thankfully, the club confirmed they have been stabilised and are at hospital.

An own goal from Eric Dier threatened Spurs’ resistance, who held on for all three points on Bruce’s 1,000 game as a manager.

Newcastle’s loss to Tottenham as it happened