NEWCASTLE’S new Saudi owners want to rip down the lingering signs of the Mike Ashley reign within weeks.

Premier League clubs hope to agree new sponsorship rules requiring owner-related deals to be worth “fair market value” by the end of November, ending the “moratorium” on contracts. 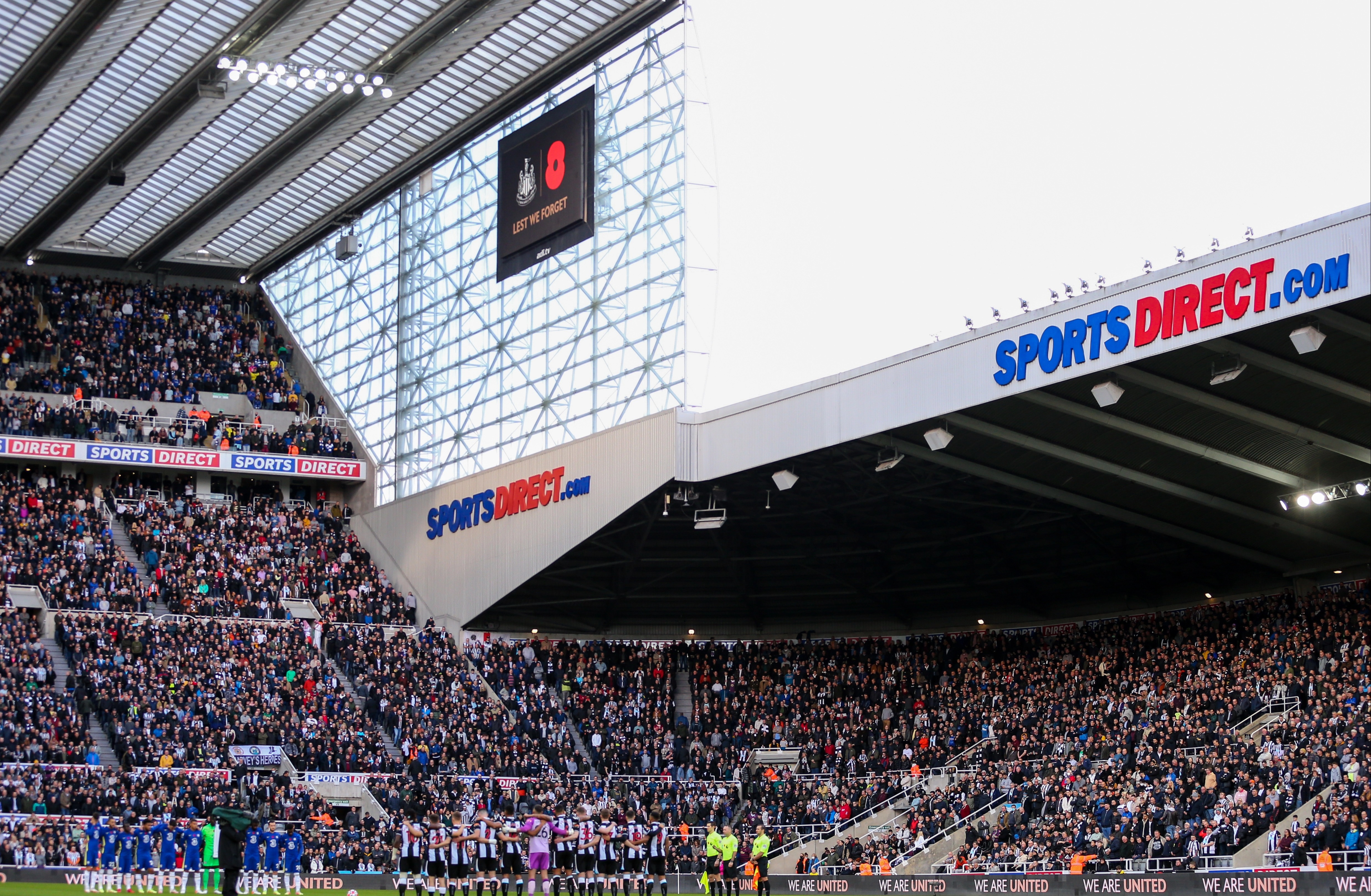 St James’ Park will get an overhaul and the logos could soon goCredit: Getty

That would give Toon chiefs the green light to start dismantling the Sports Direct logos plastered over St James’ Park — a move which would delight fans.

Director Amanda Staveley said: “I can’t wait. I’m hoping that we’ll get this lifted as quickly as possible. Then the direct signage will come off.

“Of course I’m looking forward to the Sports Direct logos coming down. It’s a slight frustration when I go into the stand and try to take a picture which doesn’t have Sports Direct.

“We’re hoping that the moratorium will end and then we will be seeking to do sponsorship deals as fast as possible.

“That does not stop us from working on them, getting ready for that time, now. So it is really important. We absolutely want to do it before the end of the year.”

Staveley, who said she had pumped £38million into club funds last week, is part of the eight-strong club committee charged with drafting the new sponsorship rules.

And she admitted that the moratorium, imposed after a rebellion by rivals against league chiefs, “was a shock”.

Staveley added: “This moratorium was so difficult for us.

“We’ve really taken a big battering. And so I’m hoping we’ll get this lifted as quickly as possible.

Staveley, who believes finding a new training ground is a key priority, also revealed she is planning to buy the estate of late Hollywood superstar Audrey Hepburn.

She said: “We will inject our own money into the January transfer market. We do not need sponsorship revenue to do that.”

Staveley  has warned Newcastle fans of the perils of spending in the January window — but knows a lot of investment is needed in “every area” of the club.

New Toon manager Eddie Howe is lining up new signings as they look to steer clear of relegation.

But Staveley said: “January… we are preparing for that window. It is not a window that we would ordinarily want to invest in as you probably don’t get the right deal.

Eddie is a perfect fit. We couldn’t have imagined bringing in a better manager.

“But  that is important at the moment. We have been analysing every area of the club and a lot of investment is needed.”

Howe arranged the first away trip as Newcastle manager yesterday — with a staff-bonding session at the pub.

Howe took his backroom team, including first-team coach Graeme Jones, to Three Mile in Gosforth on the outskirts of the city after training  to improve morale.

Howe spent one-on-one time with staff as they ate and drank during the afternoon get-together at the gastropub before heading back to St James’ Park.

Staveley said: “Eddie is a perfect fit. We couldn’t have imagined bringing in a better manager. He’s so dynamic.

“When we did analysis of  managers, he scored so highly.

“We had to have someone  leading the club that was not frightened of relegation.

“We had to take that risk and buy the club when we were sitting in 19th at the time, and Eddie took that risk with us as there is always that chance of relegation.” 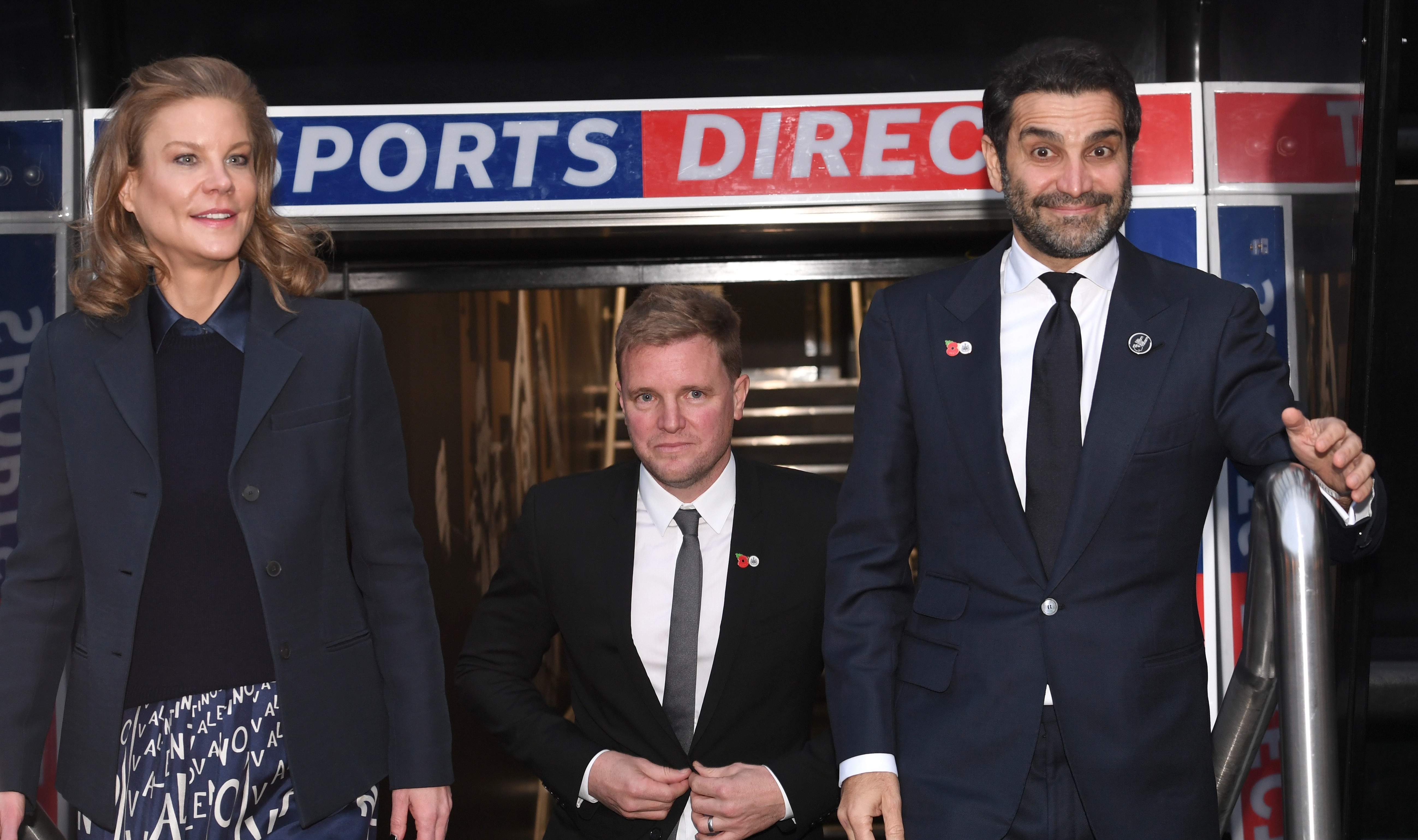 The Magpies’ new owners insist Eddie Howe is ideal for their situationCredit: Getty