The Norwegian striker, 22, scored both goals as Manchester City defeated West Ham 2-0 at the London Stadium on Sunday. 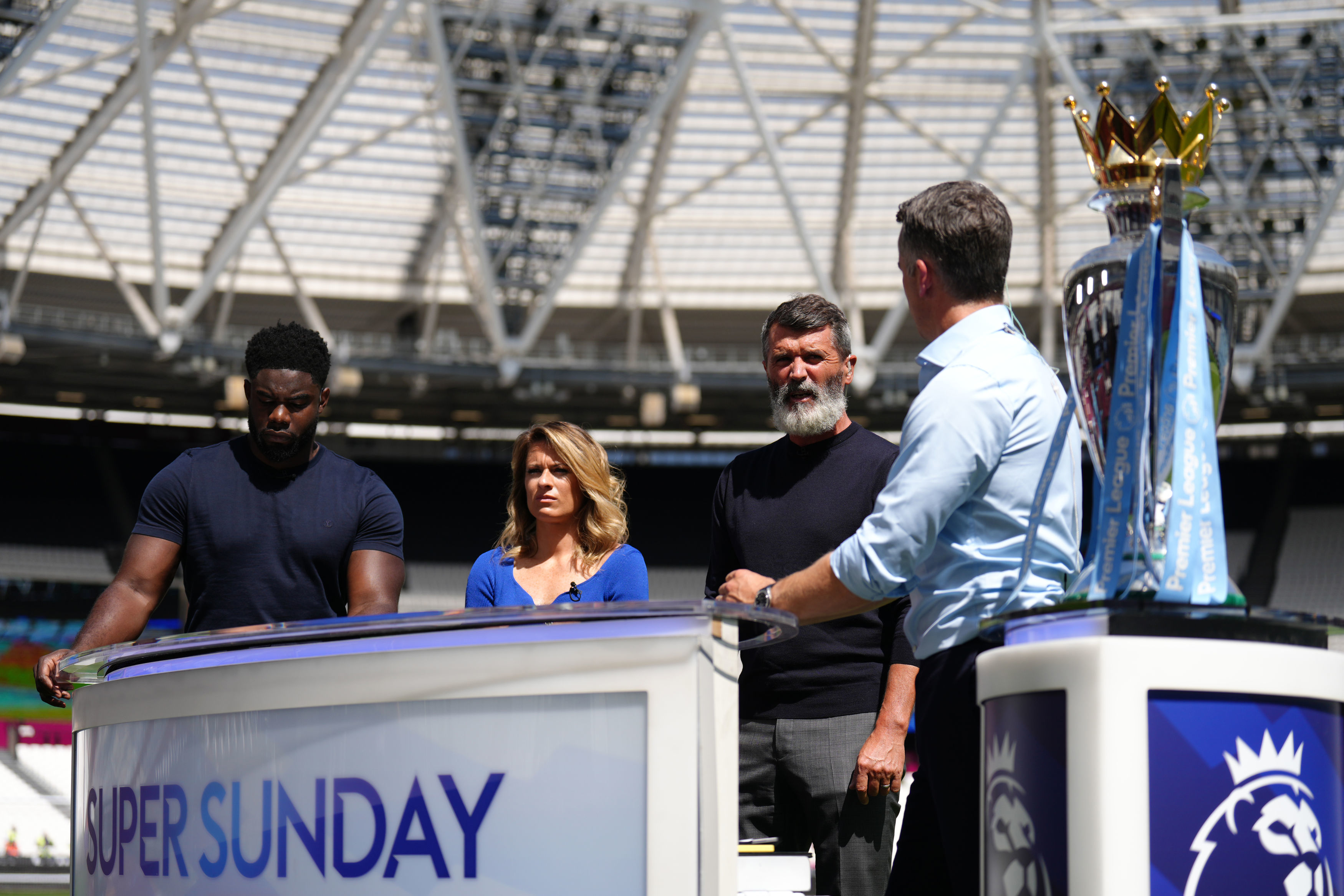 Micah Richards could not resist a joke at Roy Keane’s expense about his foe being thereCredit: PA

Haaland’s father, Alfe-Inge, was also in the stands at the London Stadium as were Sky Sports pundits Richards and Keane.

And ex-City defender Richards could not resist joking about Haaland Snr’s long-standing feud with the Irishman.

While discussing the new Cityzens star’s performance in their post-match analysis, former England Women’s international Karen Carney said Haaland is genetically made to be a good player due to his family genes.

She said: “We checked it earlier, his mum is an athlete as well and we know what his dad has done in his history. He’s going to be an absolute specimen.”

That then prompted Richards to say: “He was waiting for Roy over there before. I have never seen Roy so nervous, to be honest.”

A smiling Keane then joked: “I think he said to wait for me over there!”

It was back in a clash between Manchester United and City in 2001 that Keane practically ended Haaland’s senior career with a knee-high tackle that led to him being sent-off, suspended for three games and also fined £5000.

Keane would later admit that the foul was intentional, resulting in a further five-game ban and fine of £150,000.

The feud between the two started four years earlier when Haaland, who was then playing for Leeds, stood over Keane and gave him verbals as the midfield hardman lay in agony on the floor after suffering a serious knee injury of his own.

However, despite the issue with his father, Keane heaped praise on Haaland for his performance against West Ham, saying: “Haaland gives them a different option.

“City’s passing and the way they wore West Ham down, who are no mugs. They toyed with them. But even when teams push up, Haaland will threaten in behind now.

“It’s going to be a different challenge for defenders now with Haaland running in behind. West Ham didn’t cope.”