The ex-France midfielder repeatedly clashed with Mancini following his £25million move from Arsenal in 2011.

Former Arsenal and Man City midfielder Samir Nasri has opened up on his extraordinary bust-ups with then-Etihad chief Roberto Mancini in 2011-12Credit: Reuters 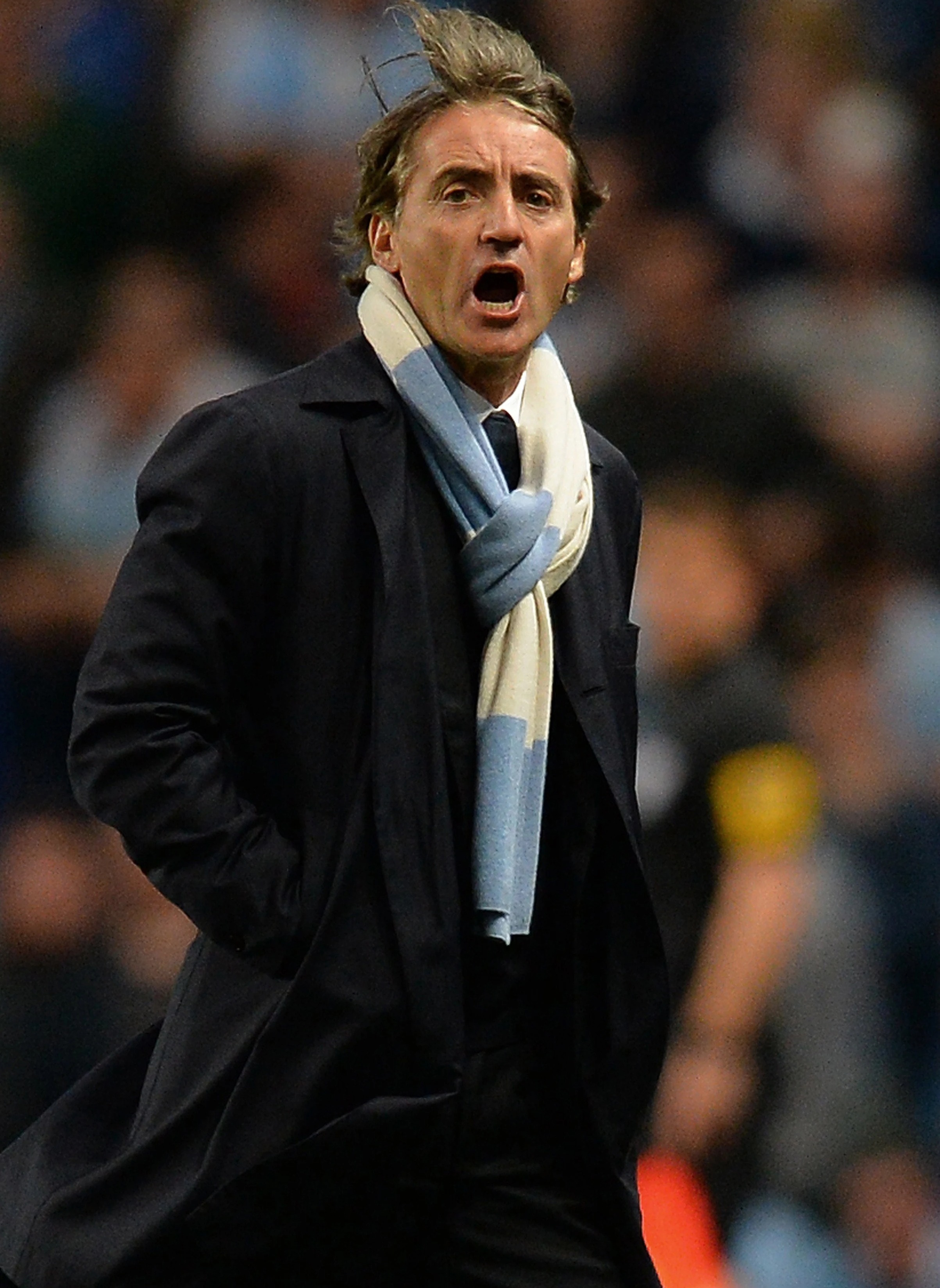 Roberto Mancini is said to have given Samir Nasri a ‘gentle kick up the backside’ while the French star was walking down the stairsCredit: AFP

And newly-retired Nasri has now revealed his side of the story over the duo’s explosive feud as City closed in on the 2012 Premier League crown.

The 34-year-old said he told Mancini he would attack the current Italy coach’s sons Filippo and Andrea, who were allowed to train with City.

And 41-cap ace Nasri admits calling the manager, now 57, ‘every name under the sun’ – as well as planning to hurl a boot at him.

He told Canal+: “We played at Wolves four games from the end of the 2011-12 season.  I was on Mancini’s side of the pitch and he never stopped talking at me.

“In the dressing-room at half time I took off my boots.  I told Yaya Toure that if Mancini spoke badly to me I would throw a boot at him, as he lacked respect towards his players.

“I was sure I’d be subbed, but I stayed on – and when I scored I made a little ‘shush’ sign.

“After the game we were at the training centre.  I was going down the stairs, Mancini was behind me and he gave me a gentle kick up the backside.

“He told me we would talk the next day.  We spent 45 minutes in his office.

“He said I needed to listen to him if I wanted to be a great player. Apparently he knew football better than anyone else.”

He said: “Mancini told me to defend one way, and his assistant David Platt said another way.

“Mancini insulted me in Italian, but I understood him so I swore back.  He told me to leave training, and I ripped off my bib and threw it at him.

“I went back to the dressing-room, then found him in the weights room. I told him to get up and talk with me.

His sons used to play for our reserve team and sometimes trained with us. I told him, ‘I’ll get your kids when they are in the car park’.

“We went back to the dressing-room and began shouting at each other. I called him every name under the sun.

“At that time his sons used to play for our reserve team, and they sometimes trained with us.

“I told him, ‘I’ll get your kids when they are in the car park”.

“Patrick Vieira, who was a club ambassador at the time, came to my house.  He said, ‘I told you not to talk to Mancini – he is mad’.”

Nasri said he and Mancini finally made peace after the City boss hitched a ride on his private plane to Paris – by paying half the flight costs.

City went on to win at Newcastle and beat QPR 3-2, clinching their first title since 1968, but Mancini was sacked in 2013.

Nasri went on to play for Sevilla, Antalyaspor and West Ham.

He announced his retirement in September following a spell with Anderlecht.