The Serie A side’s president Aurelio de Laurentiis is already in talks with the Naples city mayor over the change. 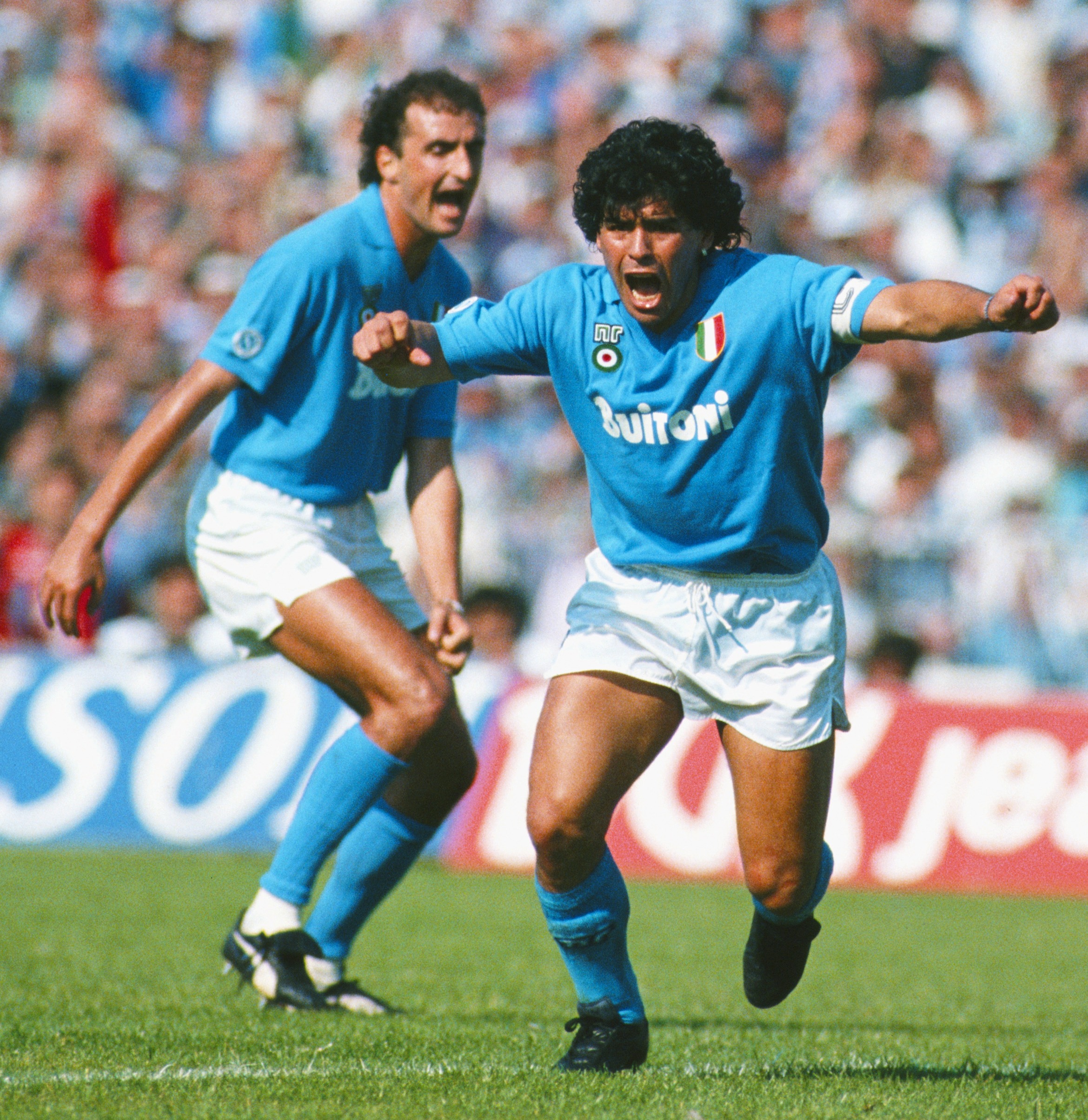 And that could see the famous ground called San Paolo-Diego Armando Maradona instead.

De Laurentiis told Sky Italy: “I’ve been in talks with local authorities for the past 17 years, I have always asked to buy the stadium and rename it ‘Diego Armando Maradona’.

“If then, for tradition, we will need to call it both ‘San Paolo’ and ‘Maradona’ so be it.

“It won’t change much, but it’s only right that Maradona has this recognition.

“Even if we were to build a whole new stadium, I would name it like that.”

In a touching letter addressed to the 1986 World Cup winner, De Laurentiis added: “I believe it is right to name the San Paolo after you, so we can keep you with us as a witness of the excellent path this team has taken.”

The Argentine legend died at the age of 60 from heart failure on Wednesday.

He is loved in Naples after seven years with the Italian club between 1984 and 1991 – their most successful period.

During that time, Maradona steered the club to the league title in 1986-87 and 1989-90, Napoli’s only two Scudettos in their history.

They also won the Coppa Italia in 1987 and the Uefa Cup two years later.

In total he played 259 times for the Italian club, scoring a then-record 115 times, and was named captain.

He left for Sevilla in 1992 after a 15-month drugs ban but is revered as a legend in Naples with the club retiring his No10 shirt in his honour.

Thousands of fans took the streets of Naples on Wednesday evening to pay their respects to Maradona and celebrate his life and career.

On Thursday his body was laid to rest in Buenos Aires while Napoli played their first match since his death at home to Rijeka in the Europa League.

Lorenzo Insigne placed flowers outside the ground before kick-off before all the players came out of the tunnel in ‘Maradona 10’ shirts.

At one of his other clubs, Boca Juniors, turned off all the lights of the historic La Bombonera stadium except for the Maradona’s VIP box in a poignant gesture.

Napoli’s players came out for the match against Rijeka on Thursday in ‘Maradona 10’ shirts Credit: Getty Images – Getty 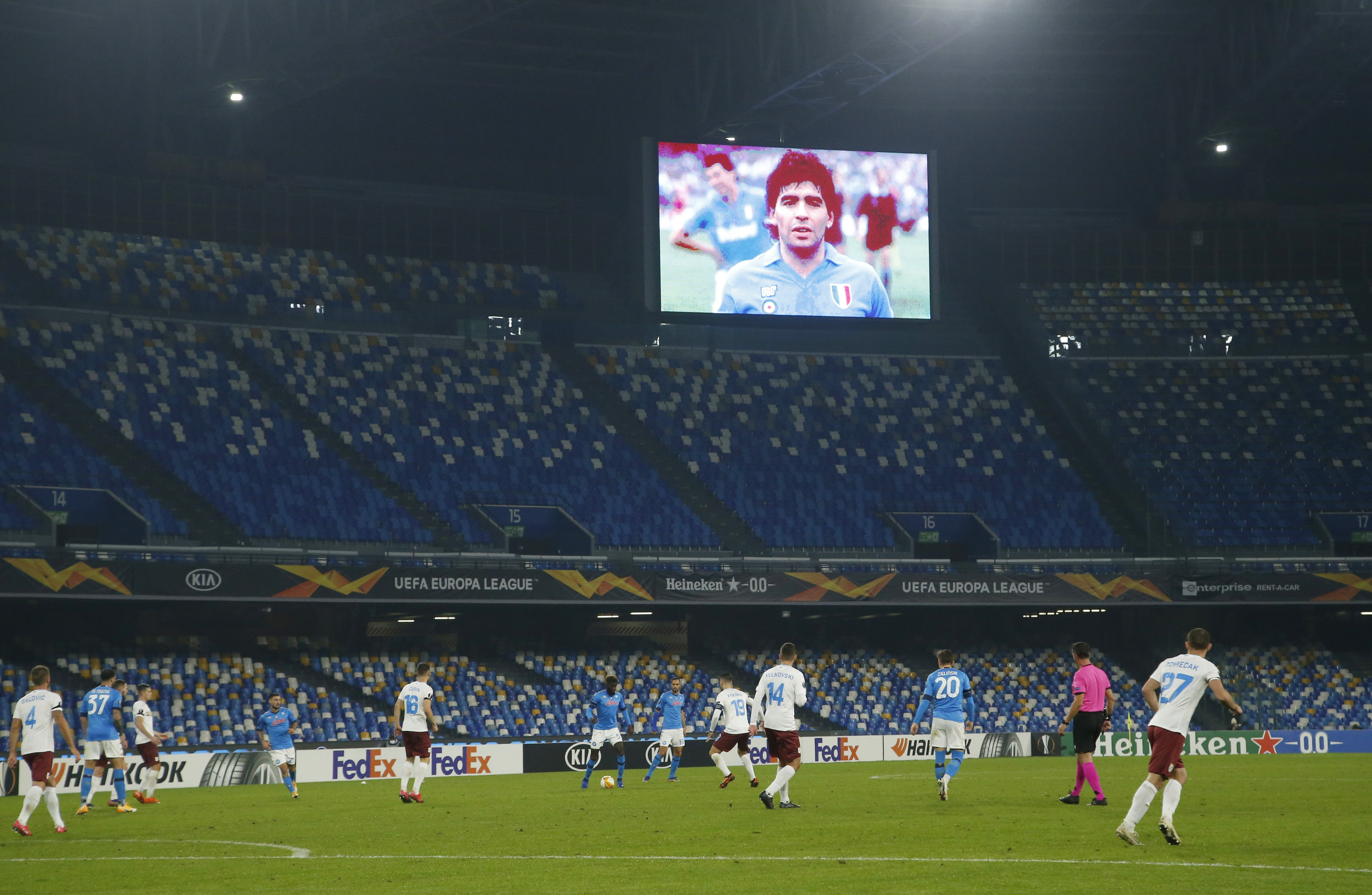 His picture was placed on the big screen at the Sao Paolo, where he is adored by fansCredit: Reuters 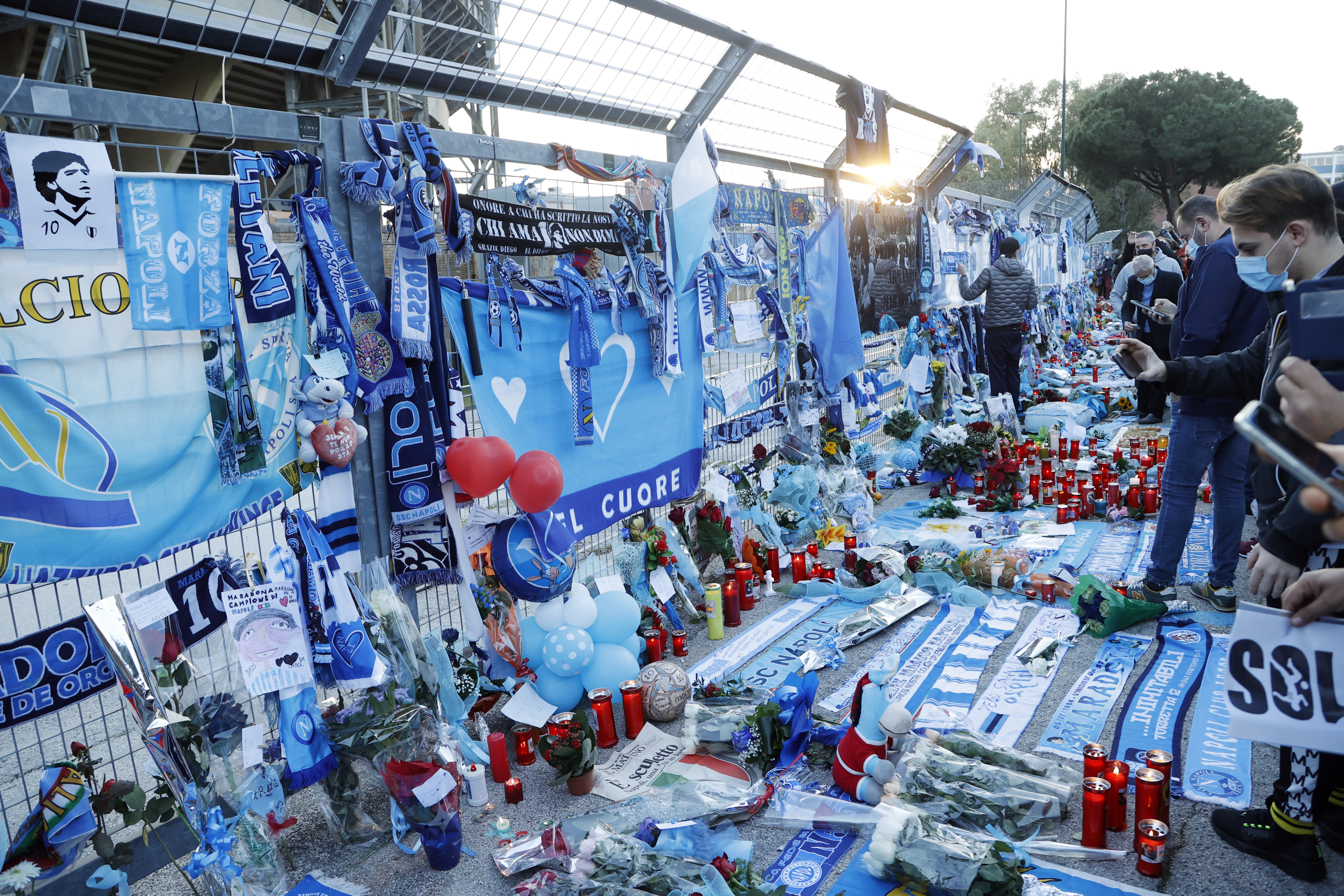 Supporters have left shirts, scarves, flowers and cards outside the ground this weekCredit: Reuters 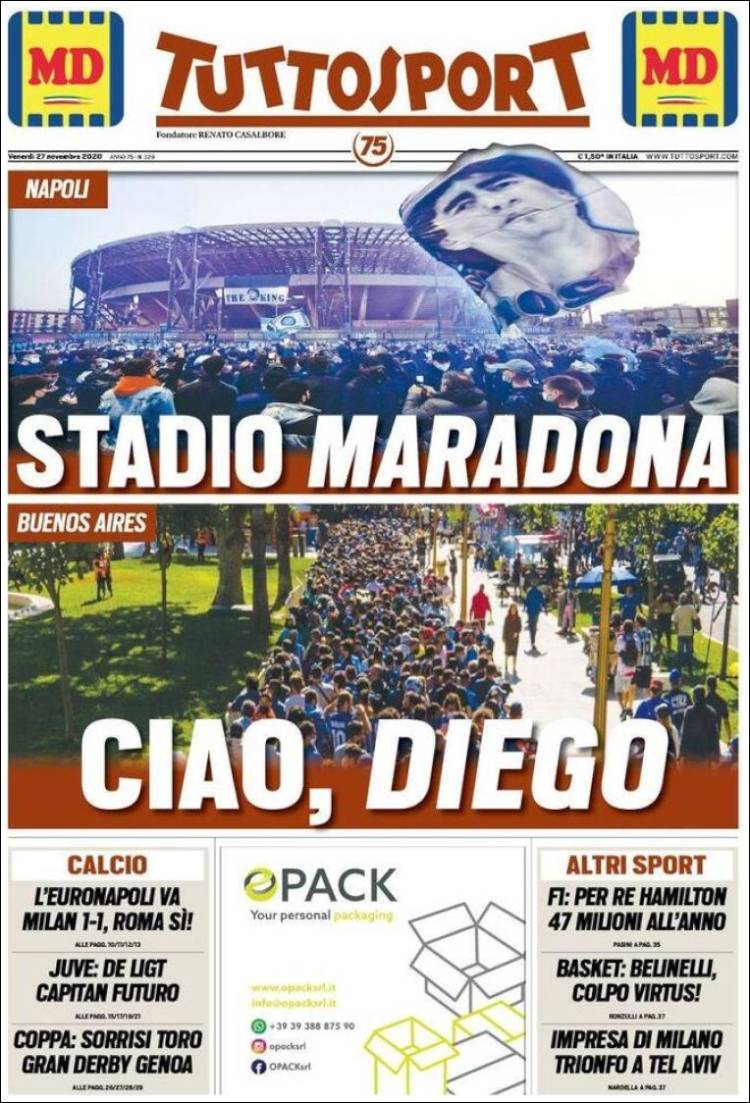