A LIVERPOOL fan aged 11 feared for his life at the Champions League Final, his dad fumed yesterday.

Terrified Maxwell Pearce had tears flowing from his burning eyes after being tear-gassed by French riot police. 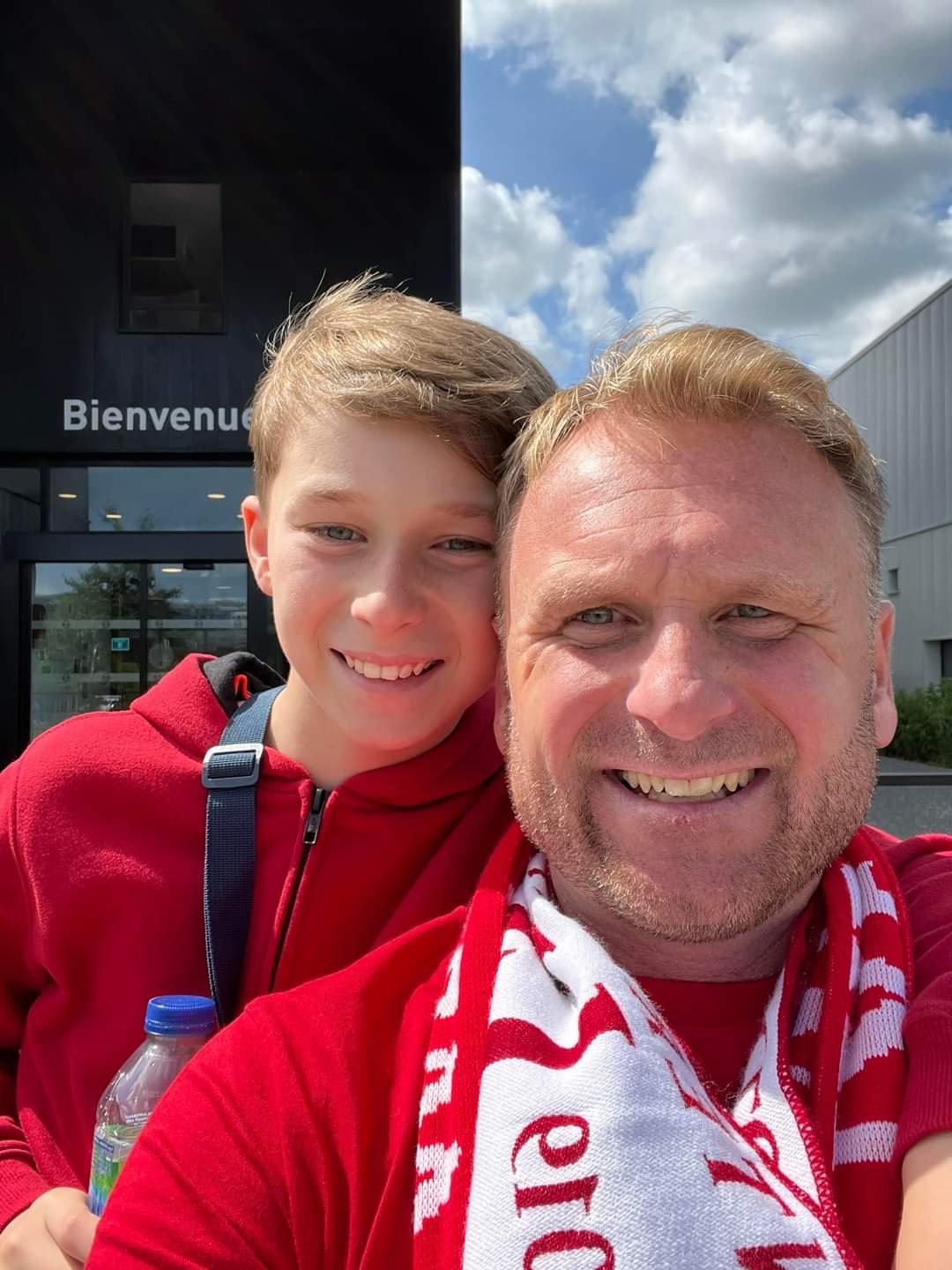 Maxwell and dad Jade, 47, were early and yet got stuck outside the ground for more than two hours

Yesterday there was growing fury at Uefa’s initial attempt to blame fans arriving late for the chaos.

But Maxwell and dad Jade, 47, were early and yet got stuck outside the ground for more than two hours, before being blitzed by cops.

Compliance manager Jade, of Leigh-on-Sea, Essex, said: “Our queue wasn’t moving. There wasn’t any trouble caused by Liverpool fans. We had proper tickets and so did everyone around us.

“Then suddenly Maxwell started crying as tear gas released nearby hit him.” 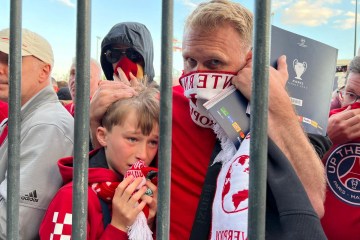 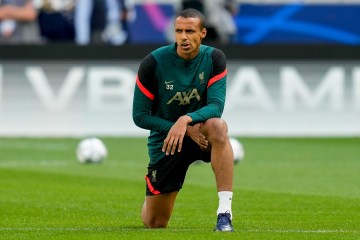 He said his frightened lad “thought he was going to die” before telling his dad: “I don’t want to be here anymore.”

Culture Secretary Nadine Dorries has joined those calling for a probe into Uefa’s handling of the event.

Former Liverpool star Jason McAteer’s wife was mugged and his eldest son attacked as they left the stadium after Real Madrid’s 1-0 victory.

The Sun witnessed French yobs goading cops and Reds’ supporters at a bar near their fan zone.

Liverpool star Andy Robertson, 28, cast doubt over Uefa’s claims that some fans had fake tickets. He said a pal was refused entry with a genuine ticket he gave him.