JOSE MOURINHO is reportedly trying to do everything in his power to sign Cristiano Ronaldo for Roma.

That’s after the striker gave Manchester United an ultimatum over their lack of transfer activity.

Cristiano Ronaldo has issued Man Utd an ultimatum over their lack of signingsCredit: Reuters 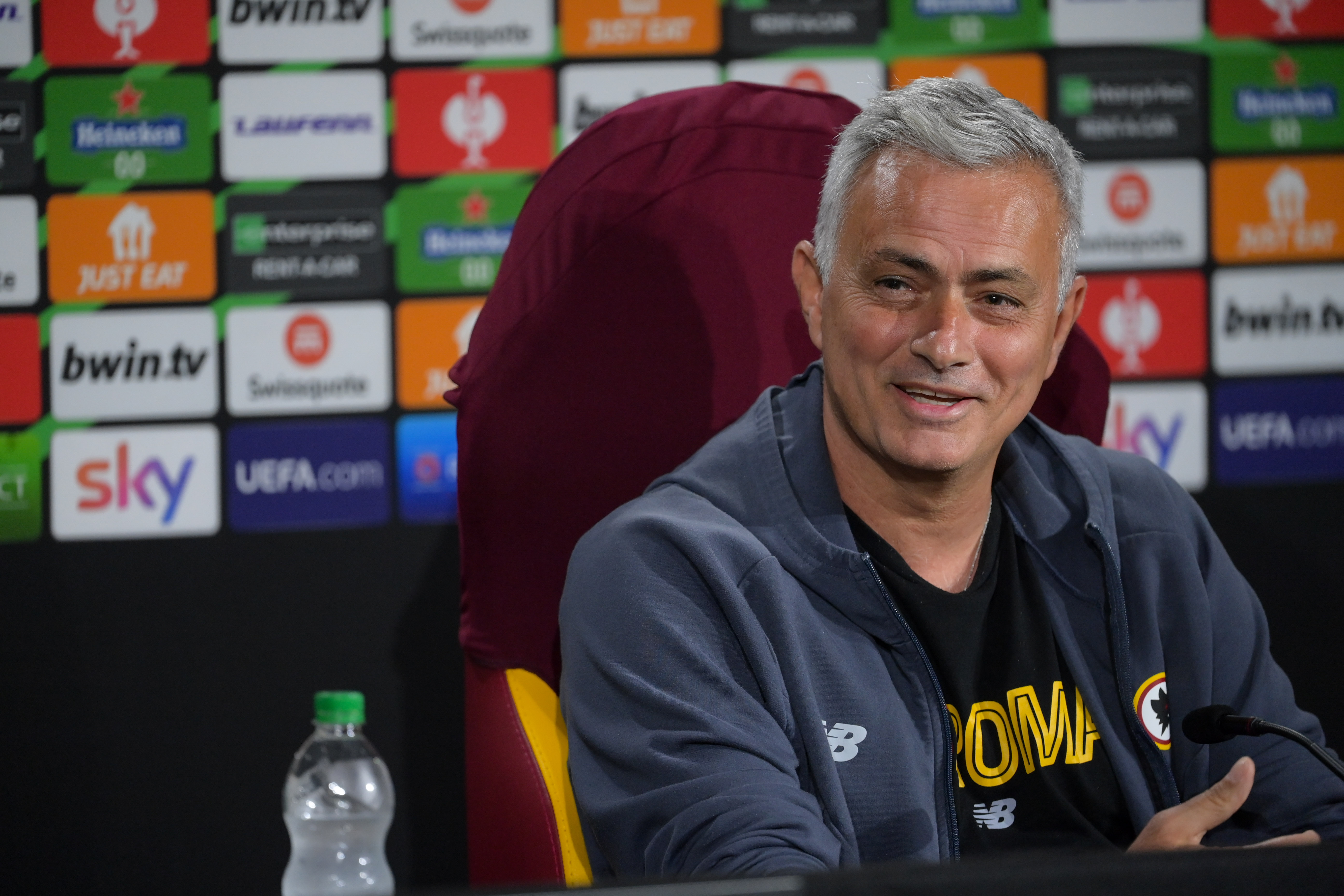 Jose Mourinho is hoping to bring Ronaldo to Roma this summerCredit: Getty

Retesport claims Roma are pulling out all the stops in an attempt to land Ronaldo this summer.

The 37-year-old’s future at United has been in doubt since the club missed out on a top four finish.

And it’s reckoned Ronnie has become frustrated with their lack of signings this month.

Rivals Man City, Liverpool, Arsenal and Tottenham have all welcomed new faces in the current window.

But despite United needing a major rebuild under Erik ten Hag, they are yet to close the deal on targets including Barcelona’s Frenkie de Jong and Ajax’s Antony.

Ronaldo has now warned United to up their game over the next few weeks.

And if things do not change, the Old Trafford legend is prepared to quit United for the second time in his career.

That’s opened the door for a reunion with ex-Real Madrid boss Mourinho in Rome.

The tactician would love to make a major statement signing after leading Roma to glory in the inaugural Europa League Conference.

Mourinho already has a two-striker system set up in Italy, with Tammy Abraham partnering Nicolo Zaniolo.

But with the latter now a target for Tottenham, Juventus and AC Milan, there could be space for Ronnie to slide straight in.

It’s believed Mourinho is ready to take advantage of his Portuguese connections to lure Ronaldo to the capital, with Roma sporting director Tiago Pinto also hailing from the Iberian country.

Ronnie has already been linked with a move to Bayern Munich as a replacement for Barcelona-bound Robert Lewandowski.

But the German champs have no interest in signing Ronaldo.

And should he want to remain in Europe, Roma may be his only viable option.