JOSE MOURINHO has suffered the heaviest defeat of his managerial career after Roma were thumped 6-1 by Norwegian minnows Bodo/Glimt.

The Serie A side were outclassed against the Scandinavian outfit at the Aspmyra Stadion in their Uefa Conference League clash.

Roma were thrashed 6-1 away against Norwegian side Bodo/Glimt in the Uefa Conference LeagueCredit: Getty 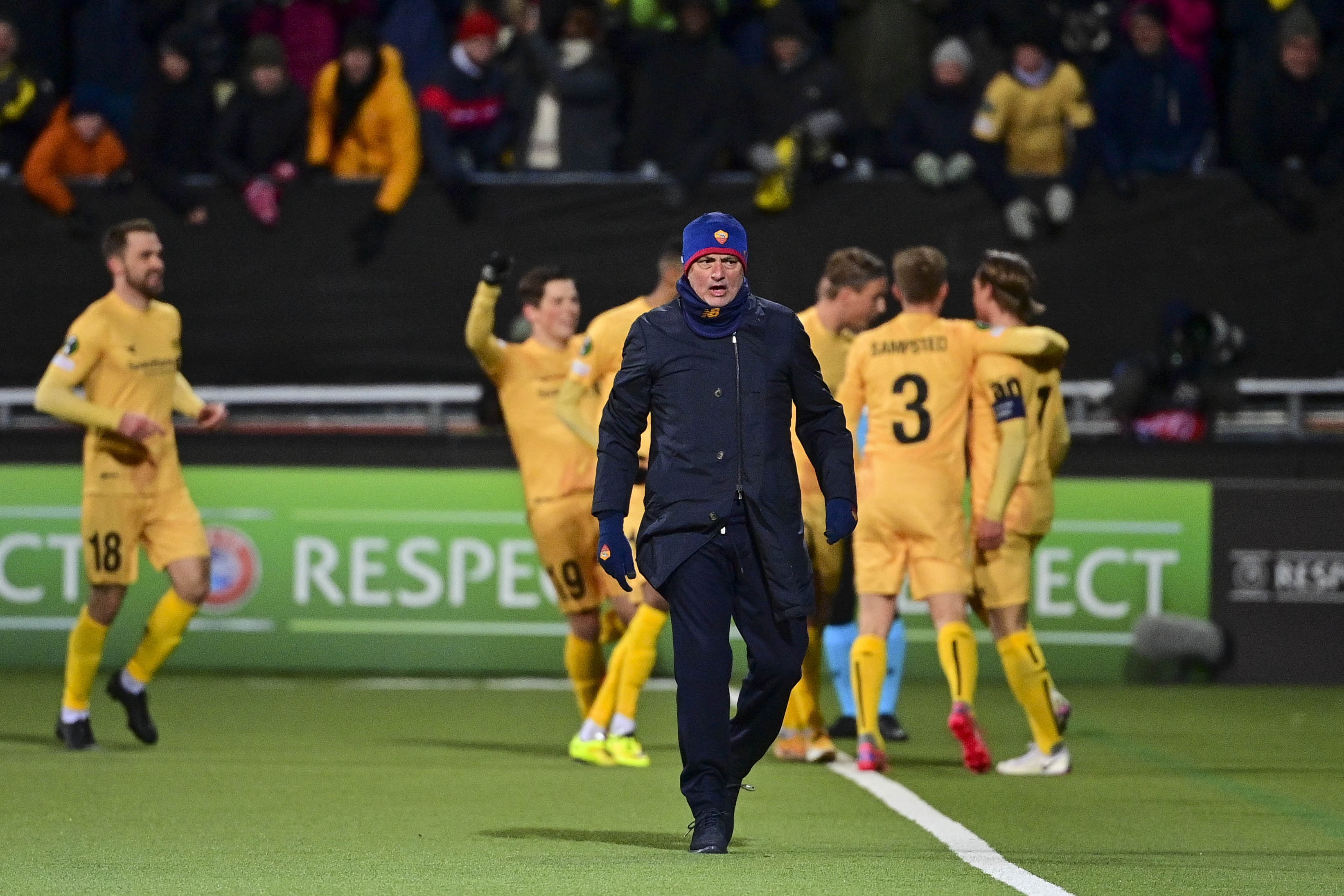 Is it the first time Jose Mourinho has conceded six goals in a single matchCredit: Getty

Incredibly, Thursday’s affair is the first time a team coached by the Special One has shipped in six goals in a single game.

A stat made even more staggering considering that was the 58-year-old’s 1008th match of his career.

His previous biggest loss was Real Madrid’s 5-0 mauling at the hands of rivals Barcelona in November 2010.

Meanwhile his Chelsea side in January 2015 were hit for five in the 5-3 loss against Tottenham at White Hart Lane.

But today’s result in Europe’s third-tier competition will undoubtedly be one of the most embarrassing moments of his career.

Roma, who had won both of their Conference League outings prior to their trip to Norway, now sit second to Bodo/Glimt in Group C.

The Giallorossi went 1-0 down in the eighth minute after Erik Botheim opened the scoring, before Patrick Berg doubled the hosts’ lead shortly after.

Carlos Perez pulled a goal back for the visitors in the 28th minute to give Roma hope of completing a comeback in the second half.

But their hopes were quickly dashed after Botheim banged in his second of the match shortly after the break, with Ola Solbakken firing home a fourth in the 71st minute.

It was 5-1 seven minutes later when Amahl Pellegrino got on the score sheet, before Solbakken grabbed his second moment later.

In an unwanted stat, Roma’s defeat against last season’s Norwegian top-flight champions is the club’s joint-second biggest defeat in Europe. 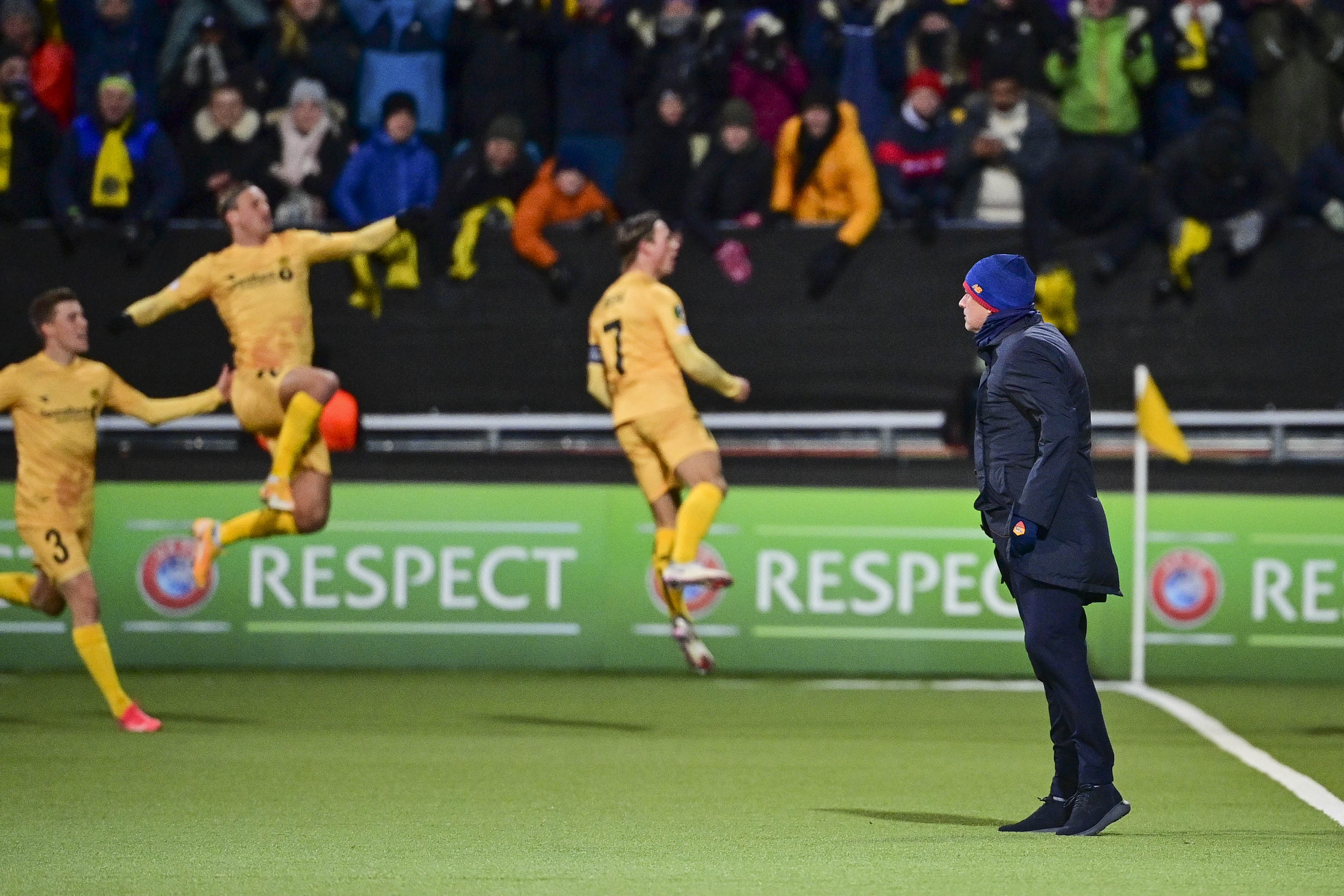 The result matches their 6-1 loss against Barcelona from 2015, with Manchester United’s 7-1 win in April 2007 their heaviest loss.

And it is the only the second time a Norwegian team have scored three or more goals against an Italian opponent in a European competition.

Bodo/Glimt previously beat Sampdoria 3-2 in the European Cup Winners’ Cup in the 1994-95 season. 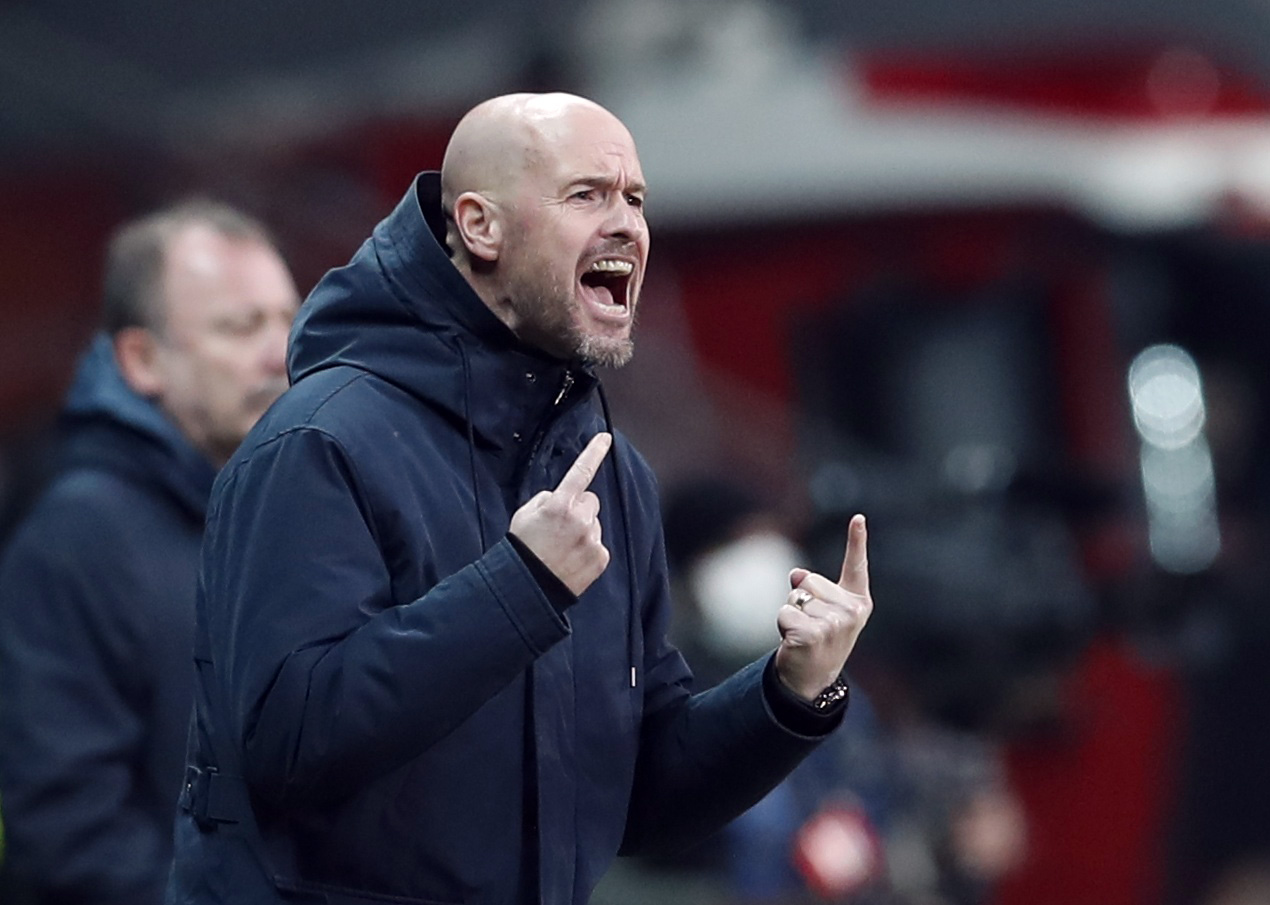