MOHAMMED SALISU has transformed from forgotten man at Southampton to looking like their most exciting defender since Virgil van Dijk.

His outstanding display in Saturday’s 1-1 draw against Manchester City showed how far he has come. 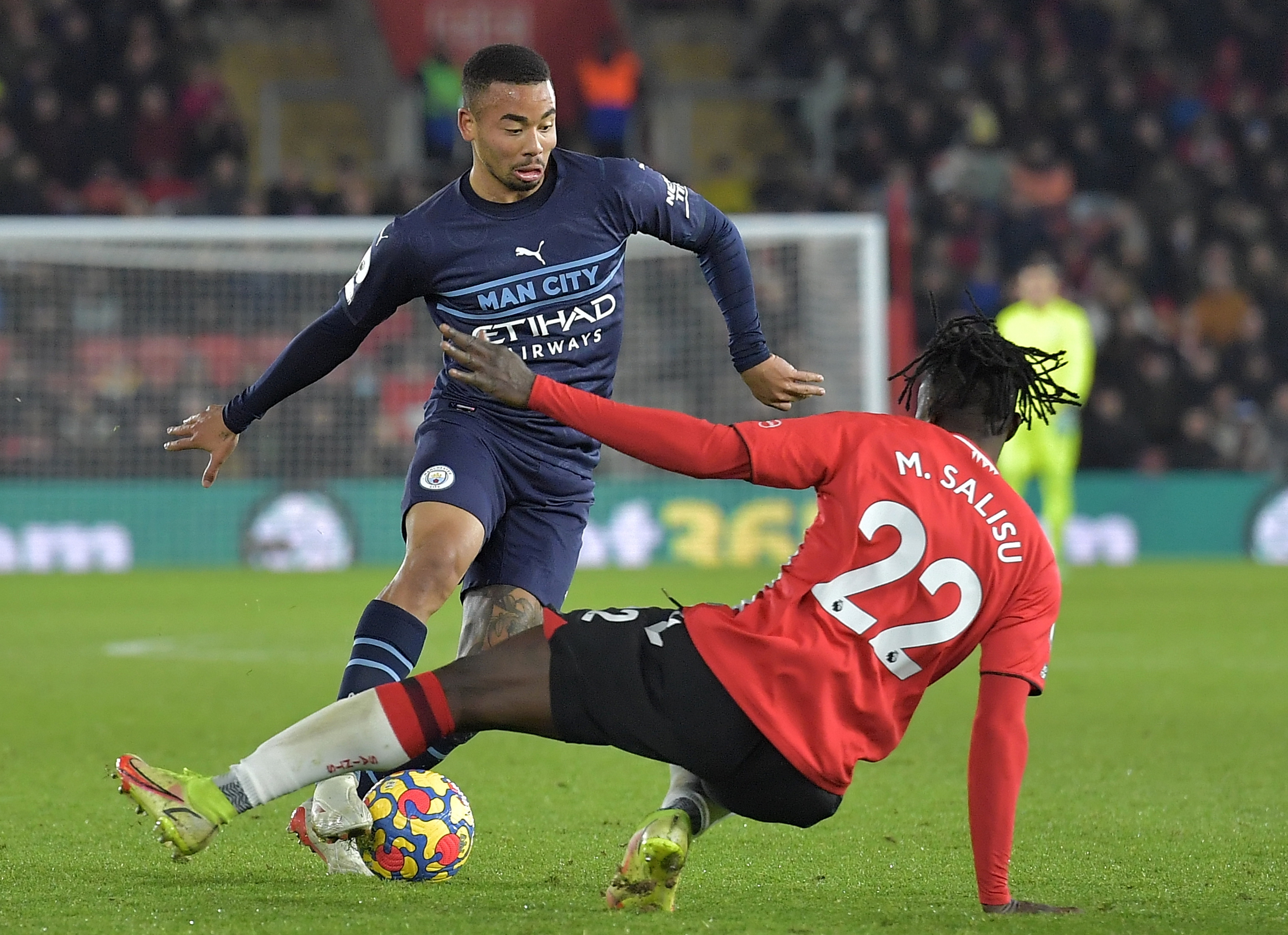 Salisu put in a man of the match display against the Premier League table-toppers at St Mary’sCredit: EPA

But the fact that he does not turn 23 until April suggests the Ghanaian can go a lot further too.

Salisu arrived at St Mary’s in August 2020 for around £11million from Spanish side Valladolid.

It looked to be quite a coup for Saints given how well the youngster had fared in La Liga as an ever-present for a side that finished midtable.

Yet he hardly featured in his first campaign on the South Coast, to the point where you wondered whether he would ever make it in England.

His debut did not come until February 2021 in an FA Cup win at Wolves.

But there were reasons why Ralph Hasenhuttl held his new signing back, which in hindsight have helped him flourish now.

A key factor was fitness.

Salisu arrived with a few slight injuries – believed to be muscle-related – which Southampton’s medical department wanted to address to ensure he was physically up to the demands of the Premier League.

But Covid did not help either as he arrived to a fortnight’s isolation, while the training ground gym had to be closed at points, meaning access to the recovery facilities for injured players was restricted.

Salisu was 21 when he arrived, a baby in centre-back terms.

He was always going to need time to adapt to a new league, country and, most importantly, Hasenhuttl’s all-action playing style.

The Austrian favours a high defensive line with players comfortable on the ball. It is a very dynamic and intense approach which takes adjustment.

Hasenhuttl’s pressing game, when it is working at its best, requires players to react off each other and be instinctive, rather than taking the time to check where team-mates are.

It can be a slow process for some players to get to their head around. 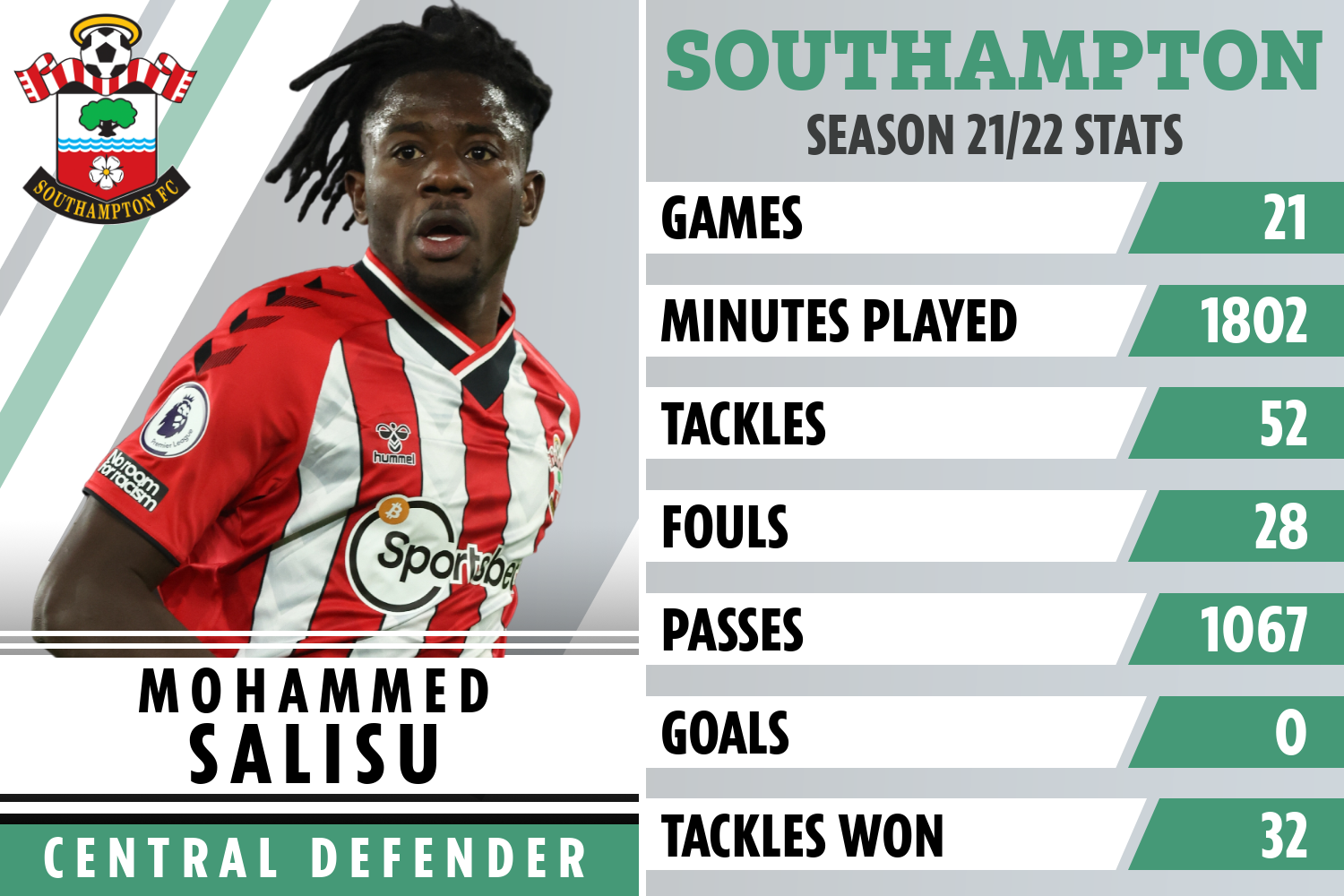 Southampton knew that would likely be the case with Salisu but felt his potential would make him worth the wait.

The club did consider alternatives who would have been ready to play straight away.

But they thought in the long-term none would turn out as good as Salisu, so long as they could develop him properly.

With Saints already having solid senior centre-backs in Jannik Vestergaard, Jan Bednarek and Jack Stephens, they were able to be patient with the Accra-born defender.

Belief in Salisu never waned but with Vestergaard and Bednarek performing well during the first half of the season, there was no reason to rush the process.

After Salisu’s eye-catching performance against City, Hasenhuttl said: “He had a tough season with not being fit but we always told him to take his time.

“He didn’t train with the team for half a year after coming here, this is tough for a player in a new situation, but you get through it.

“We always spoke to him about the long-term project we have with him. 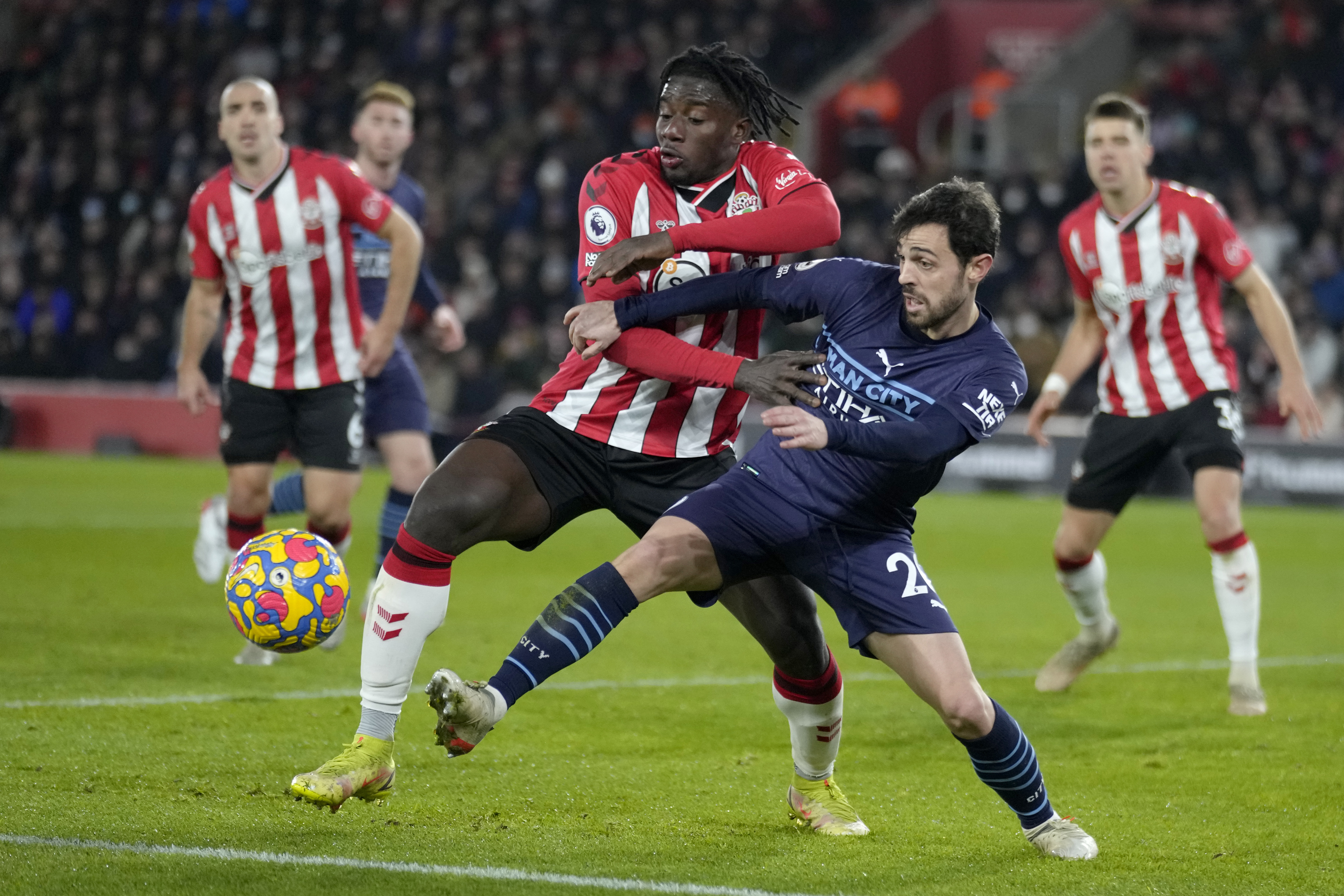 Ghanaian star Salisu has appeared in 21 out of Southampton’s 22 Premier League games this termCredit: AP 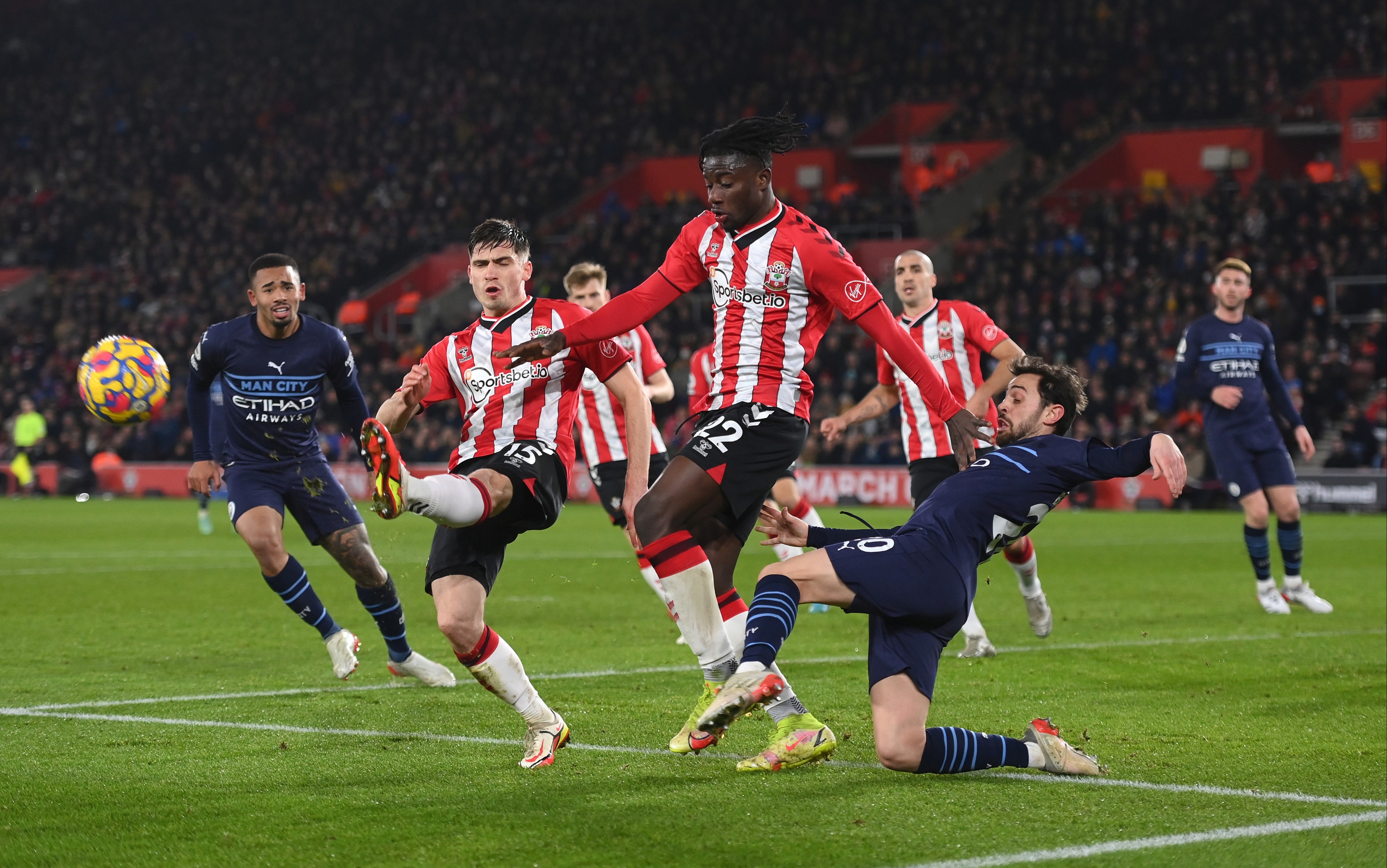 Salisu made the move to the south coast from Spanish side Valladolid i =n August 2020Credit: Getty

With Vestergaard’s contract only having a year left on it in the summer, Saints knew the close-season would be pivotal for speeding up Salisu’s progress.

Leicester eventually snapped up Vestergaard for £15m and from then, after eight league starts at the back end of last season, albeit many at full-back, Salisu was deemed the natural successor.

Only he already appears to be a better, all-round package than Vestergaard and considerably quicker.

All of his qualities were on show against City, from his bravery in taking a goal-bound strike from Phil Foden flush in the face, to shackling Jack Grealish, to his passing out from the back to turn defence into attack.

Being left-footed is also a huge asset as it gives Hasenhuttl’s backline balance.

He topped the list for most tackles, duels, clearances, interceptions and touches of any player on the pitch against City.

That majestic display also saw him become the first player to make more than 50 interceptions in the Premier League this season. 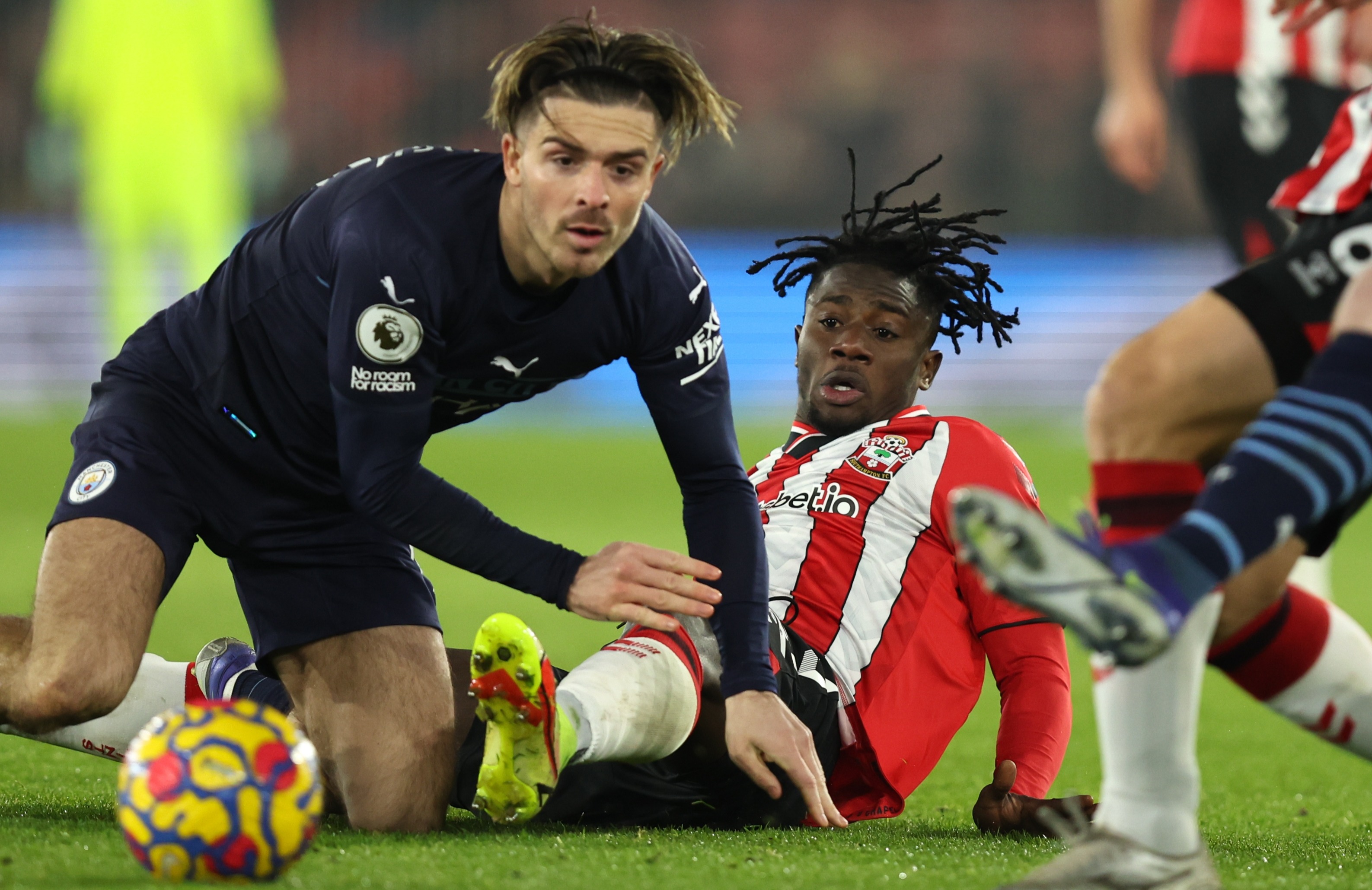 Salisu was limited to just 15 games in all competitions under Ralph Hasenhuttl last termCredit: Getty

He is getting better with every game and at such a young age, the scope for further improvement is vast.

Newcastle enquired about his services off the back of the City display and were given short shrift.

Southampton already value Salisu, whose current deal runs until 2024, at over £40m.

They feel he is best suited to stay where he is right now and hone his craft.

Salisu would likely agree too, given his character as a calm guy who just quietly wants to learn and that does not crave the limelight.

The feeling within the club is that if he can add consistency to his game then he will go to the top one day when the time is right.