AFTER an abject performance by Arsenal at home to Aston Villa, you can bet the last thing Mikel Arteta and his carefully selected coaching team wanted or needed was a prolonged, enforced period, in which they were unable to work with their squad.

The international break has not served us frustrated fans too well either. 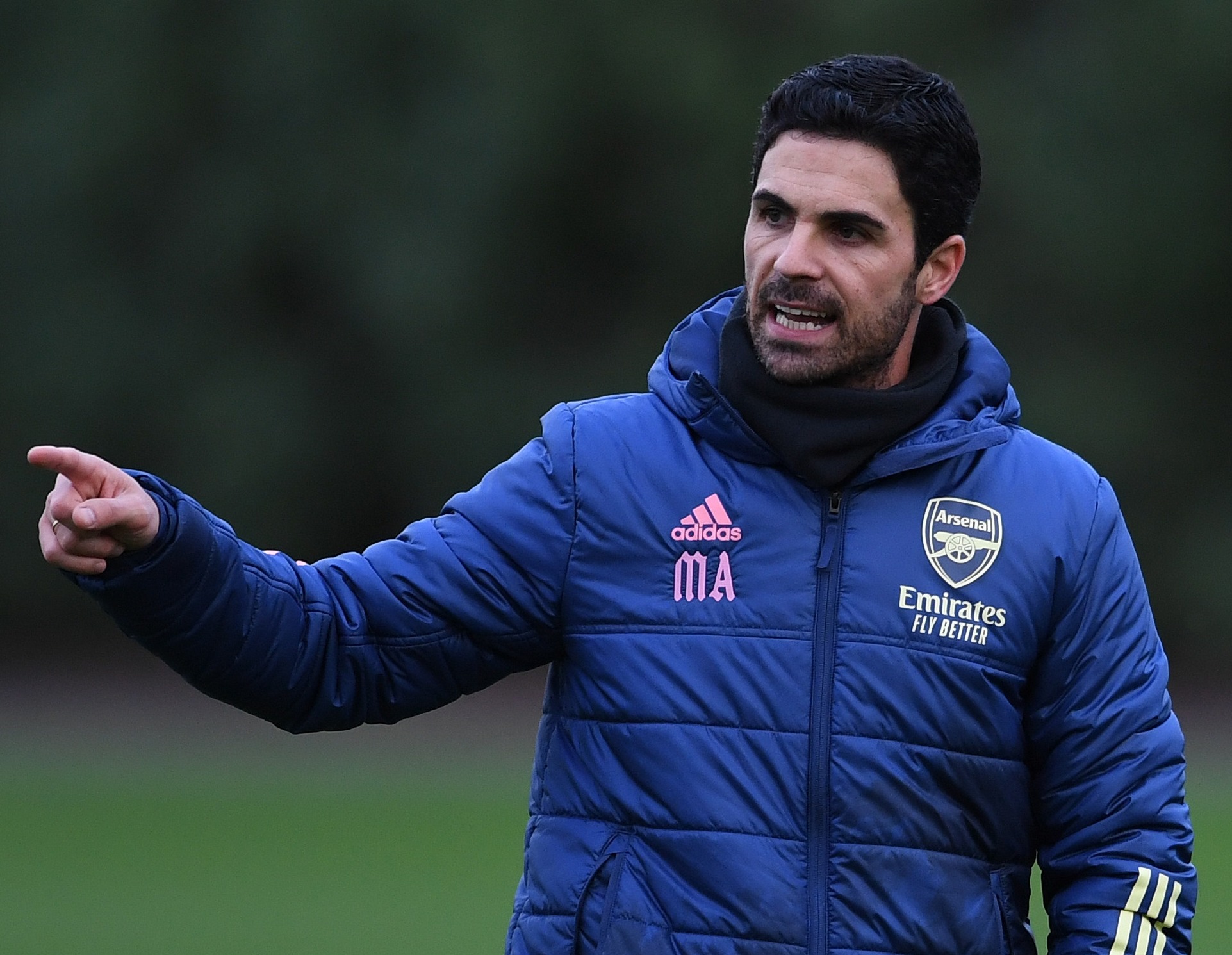 Mikel Arteta needs to make some brave and bold decisions when it comes to his tactics and selectionsCredit: Getty Images – Getty 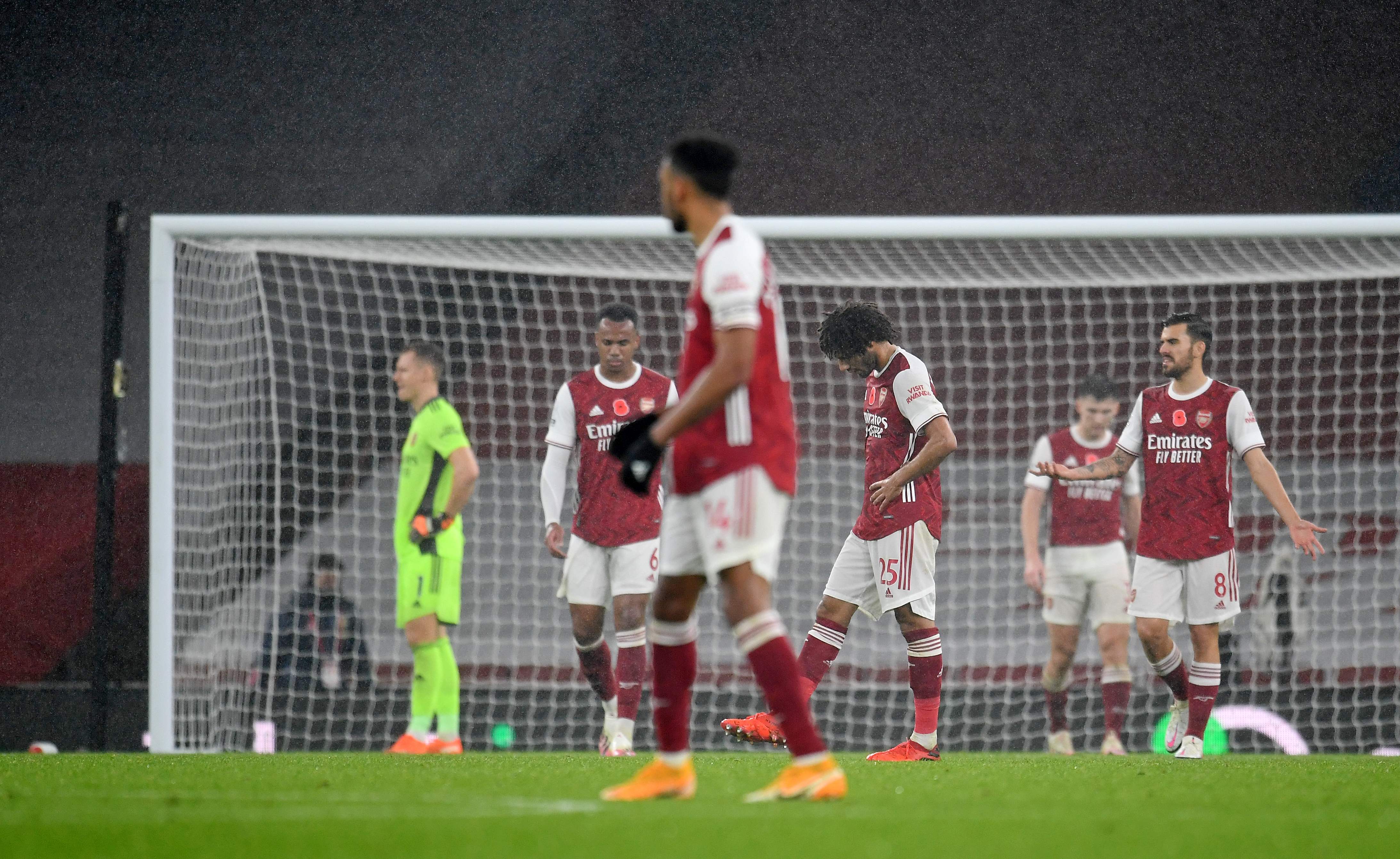 Arsenal were stuffed 3-0 at home by Aston Villa in their last match before the international breakCredit: AFP or licensors

We have longer to dwell on all that is still wrong with the team, whilst having to further witness, in Jack Grealish for England, everything we lack encapsulated in one player.

That said, however bad Arteta’s team were against Villa, it is still only one player and a few brave decisions away from what we all hope for.

The one creative, tempo setter, that might have been Houssem Aouar – and could have been Mesut Ozil – but until January our young Spanish coach MUST make some strong decisions to ensure his Arsenal is still an attractive destination.

For me at least he has to shake this team up swiftly and change the dynamic at home and against the lesser – or so-called lower – teams to give his team creative licence.

He has proved to us and his players that they can play the current 3-4-3 hybrid system well and it works against strong attacking opposition.

He rightly received plaudits for this at the end of last season and recently at Old Trafford but it must be obvious to him surely that the back three is not required in all matches and limits us when we need to be on the front foot.

The decisions for me can be sequenced and one leads logically to the next for Arteta.

The thought process could be something along these lines…

When he plays four at the back, he needs to decide who partners Gabriel.

For experience I suggest this should be David Luiz, for the passing ability and variation to start attacks, especially with his precision going long.

The next decision is 4-3-3 or 4-2-3-1 and to give Bellerin and Tierney, two of his in-form players, attacking licence and the team an extra dimension going forwards – I hope a strong double pivot wins out.

The 4-2-3-1 worked for Arteta in the spring and he now has Thomas Partey, one of the finest in Europe in that system.

Therefore, decision three is to determine which of Mohamed Elneny, Granit Xhaka or Dani Ceballos partners the Ghanaian.

I suspect the Egyptian’s legs will be favoured when the 3-4-3 is required so he must choose one of the others.

Xhaka edges this call for me, at least, purely for the left-foot-right-foot balance. 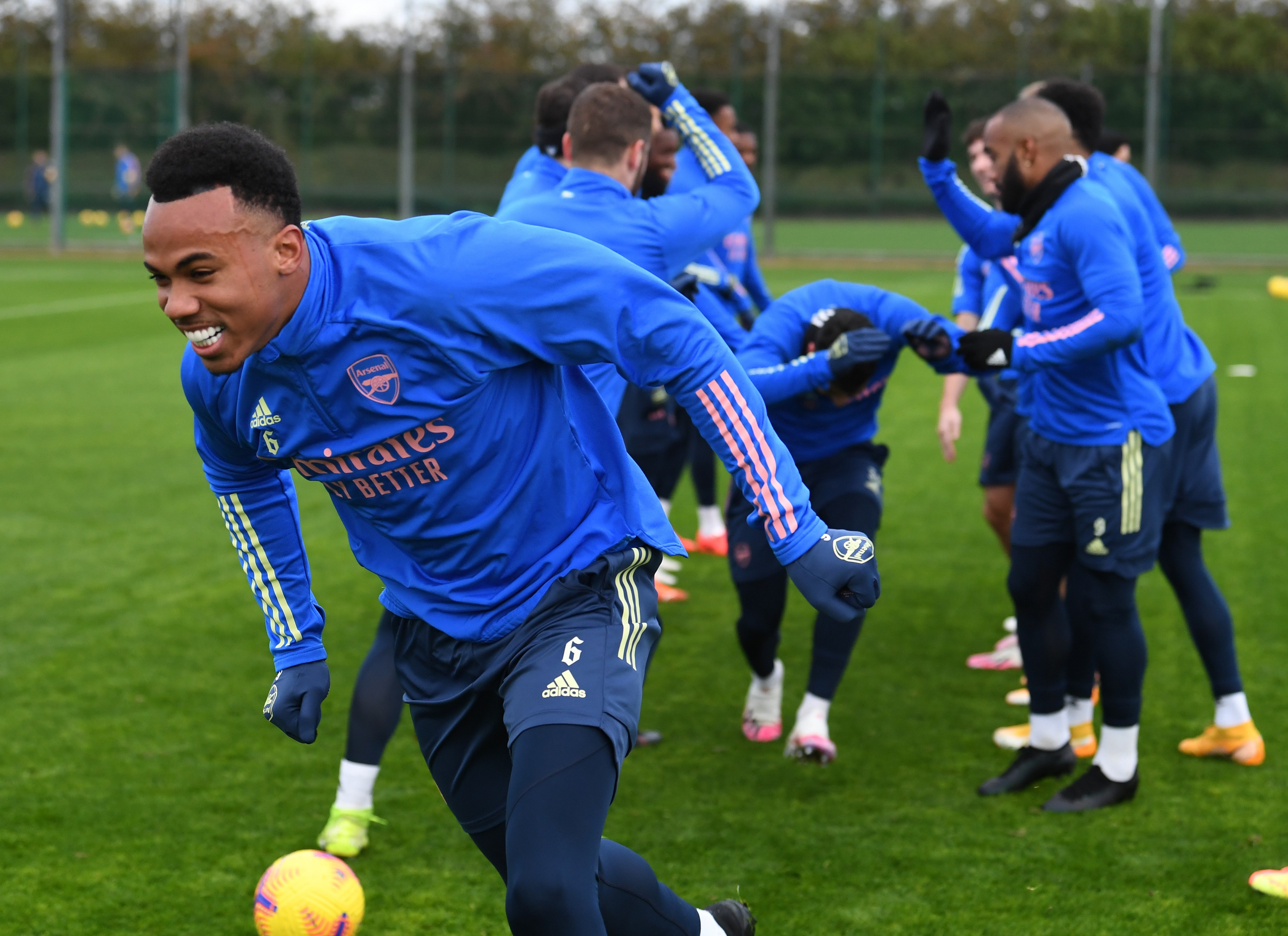 The club needs to decide who the partner for Gabriel will be when playing with a back fourCredit: Getty Images – Getty 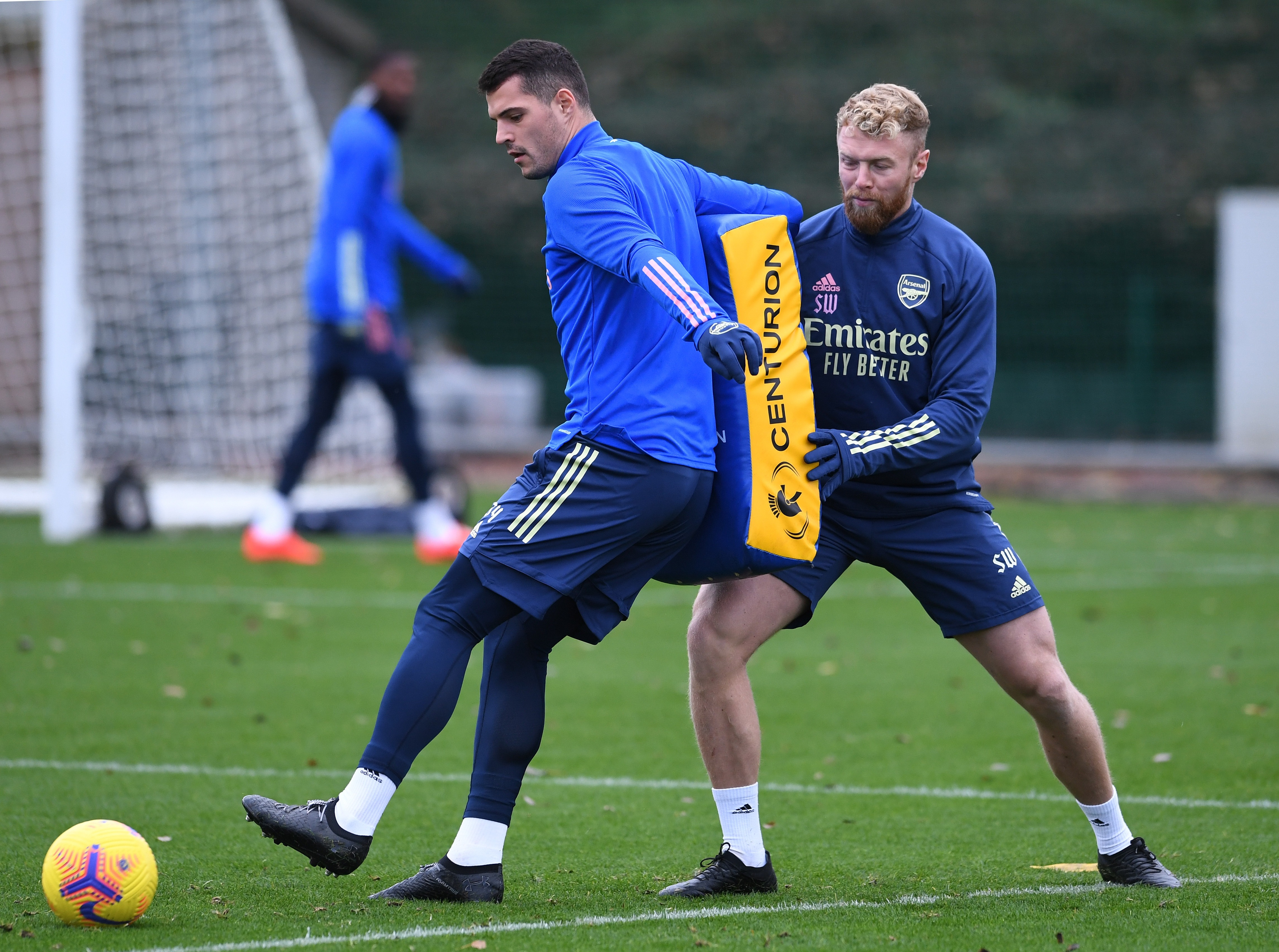 Granit Xhaka’s option with the left foot could make him the ideal pivot alongside Thomas ParteyCredit: Getty Images – Getty

To support Aubameyang as the central striker, he then needs to find the best creative blend to play behind his talisman.

Of course, this decision seems obvious to most supporters and the awful form of Alexandre Lacazette, however hard he works, is an easy decision.

However, our skipper has served us well from the left so the team needs to be set up to his strengths.

The Gabonese will not want the ball to feet, so the team need be able to play incisive through balls, as he plays on the shoulder, but equally to get the ball wide and to the by-line for cutbacks and low crosses.

The attacking full-backs will have a key role in this and need to develop relationships with their attacking colleagues.

The three players behind the striker are his trickiest decisions but Arteta cannot continue to reward Willian with selection after such under-par displays.

He also needs to decide which of Nicolas Pepe or Reiss Nelson gets a run of matches to establish themselves.

I personally would like to see both tried and see no reason why these could not be deployed simultaneously with Bukayo Saka, who simply must play, tried centrally.

I see Pepe, Nelson and Saka, as the three most creative and the three roles can be interchangeable with the wider players switching during the game.

That still leaves Ceballos, Joe Willock and Willian available to rotate, behind Aubameyang off a firm base and spine. 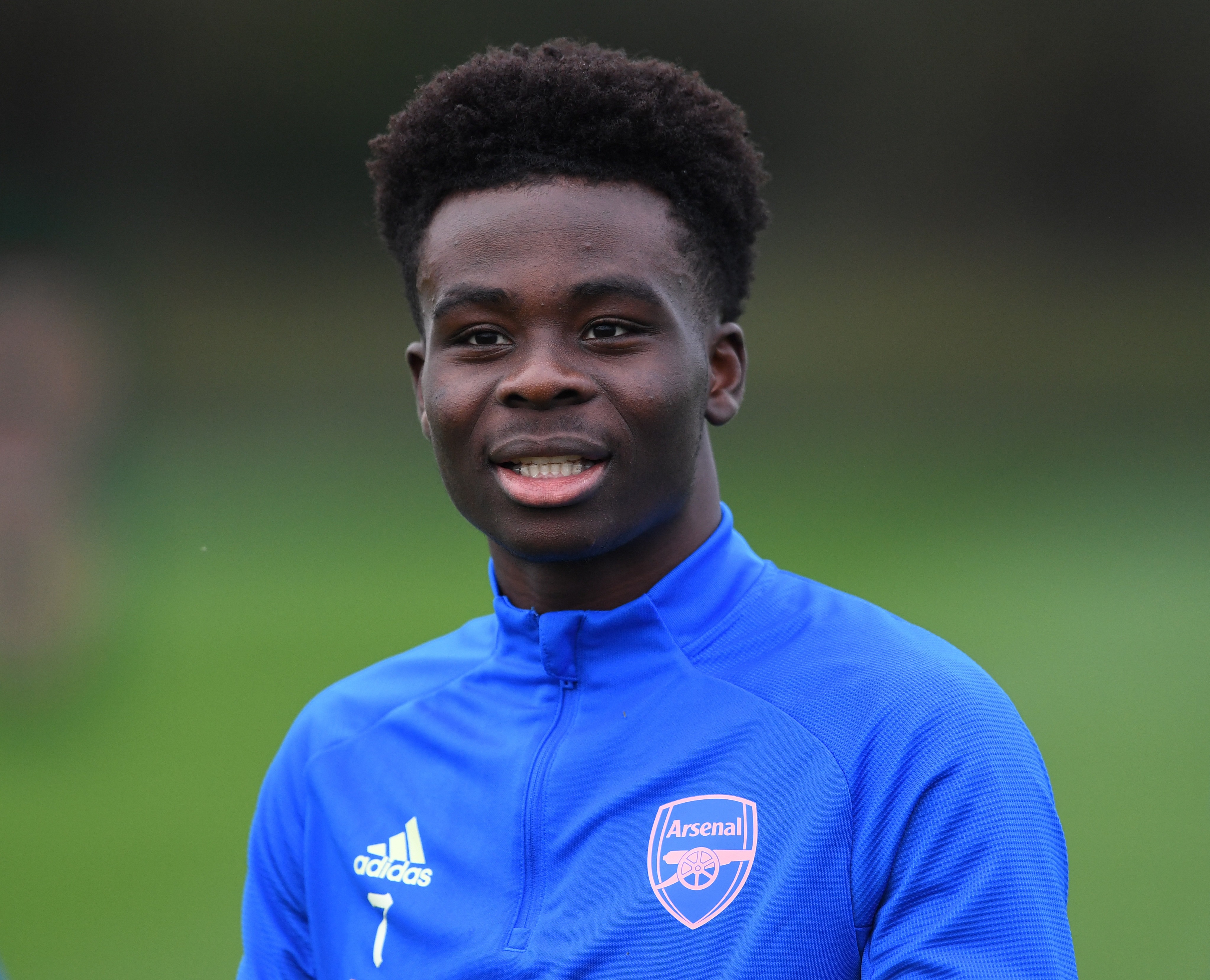 Bukayo Saka needs to start but could be given allowed to roam in the No10 so Reiss Nelson and Nicolas Pepe can play wideCredit: Getty Images – Getty 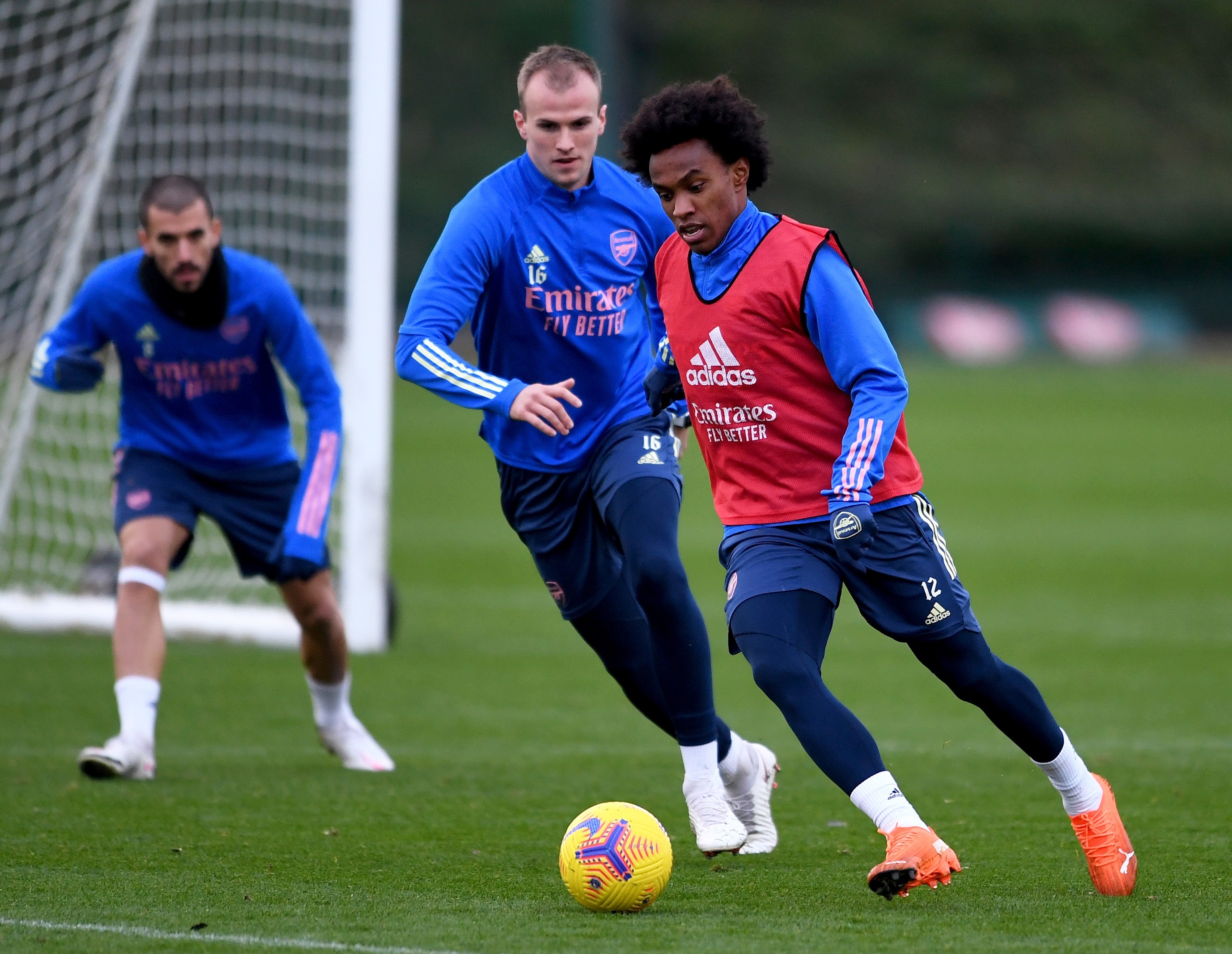 Willian’s poor form means he needs to be dropped out of the side and others given a chanceCredit: Getty Images – Getty

We all know it easy to sit here and play at being Arsenal manager, just as we know that a side that looks exciting on paper does not always prove to be so.

But 4-2-3-1 with a solid 2-2 defensive core at least gives us far more attacking options.

Sometimes, Mikel, you just need to let good players have licence to
express themselves, as a previous Arsenal manager you played under once said.

You have the squad more structured and far better without the ball, so now give them the freedom to express themselves.