MIKEL ARTETA may have led Arsenal to their worst start to a league season in 39 years but the stats show he’s more likely to win a trophy than Unai Emery.

The Gunners slipped to a 2-1 defeat at home to Wolves on Sunday to slip to 14th in the Premier League. 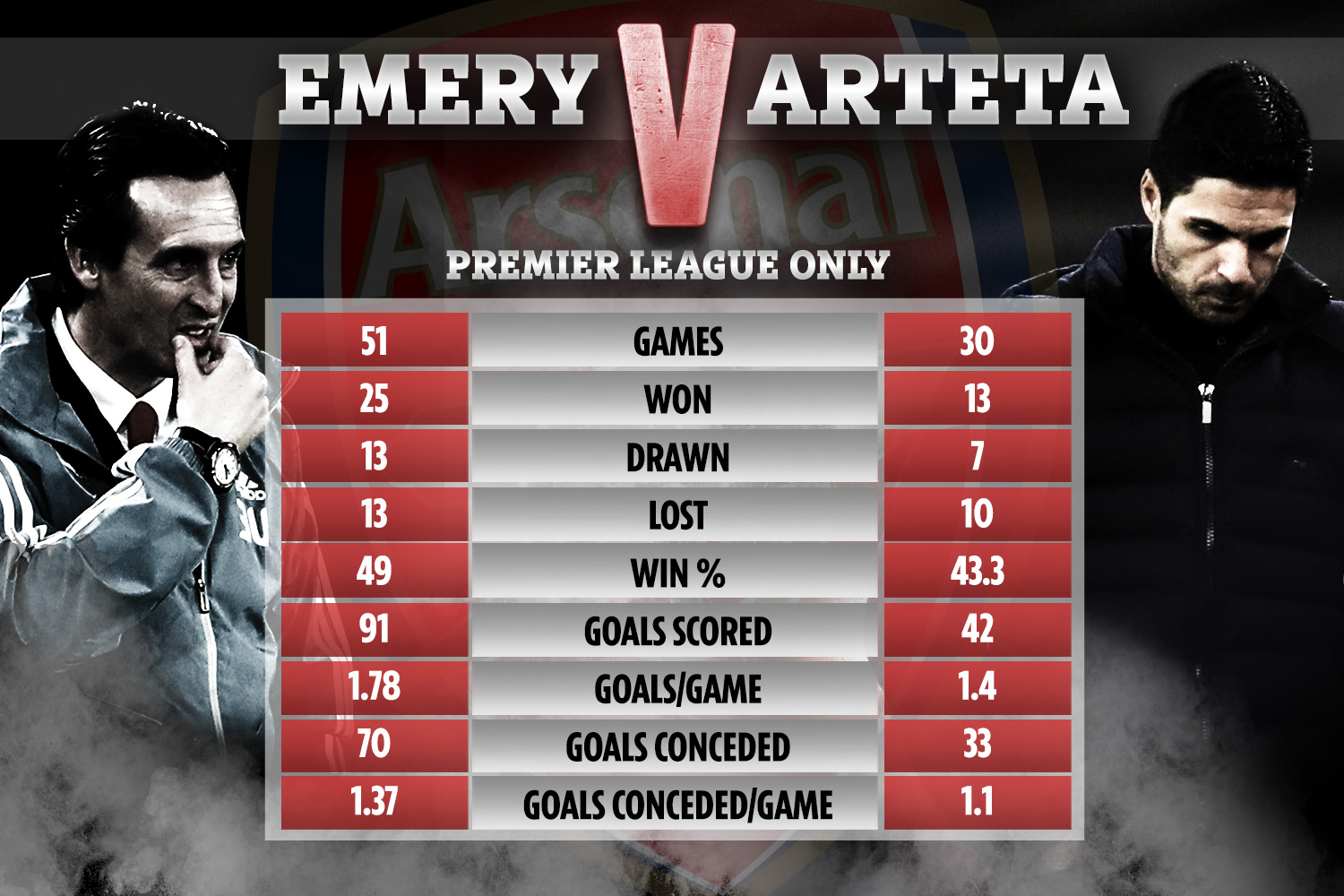 Defeat in North London meant Arteta’s side are now in the midst of the club’s worst-ever start to a Premier League season.

The frustrating defeat came exactly one year to the day since Emery was sacked after just 18 months at the Emirates.

But are Arsenal actually worse off under Arteta than Emery? The stats suggest it’s a mixed bag.

In the league, it certainly seems as though Arteta is struggling.

Since taking over, Arsenal have won just 43.3 per cent of their Premier League matches.

Emery‘s record wasn’t much to sing about, but at 49 per cent it was considerably better than Arteta’s record.

Arteta’s side are scoring far fewer goals in the league than Emery’s squad.

The current manager has seen his side score just 1.4 goals per PL game on average, compared to Emery’s rate of 1.78. 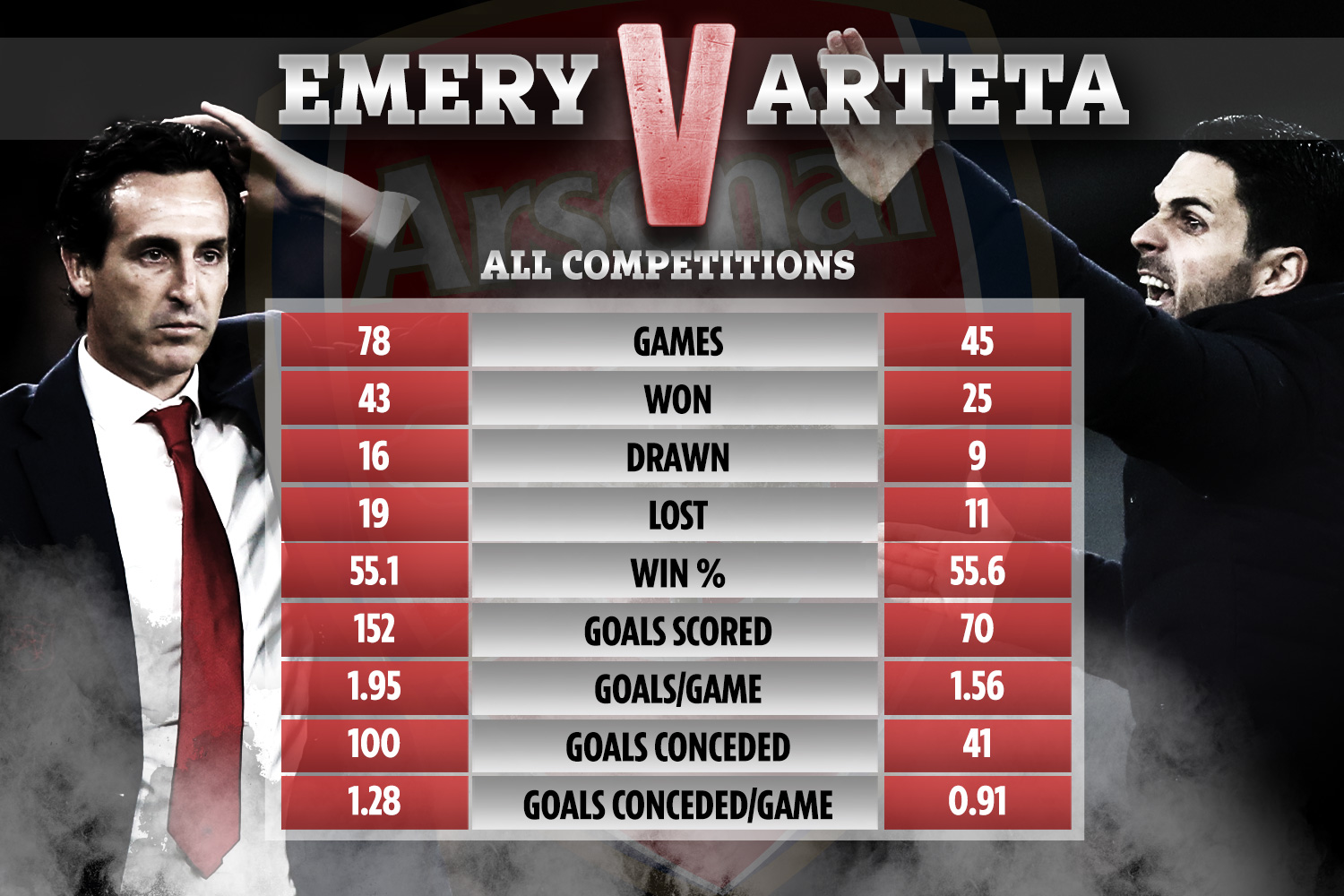 How Arteta compares to Emery at Arsenal in all competitions

However, Emery also saw his side concede more, at 1.37 per game compared to Arteta’s 1.1.

When it comes to Arteta’s record in ALL COMPETITIONS compared to Emery, the current boss sees a massive boost.

Incredibly, Arteta has a better win rate than his predecessor – at 55.6 per cent compared to 55.1 per cent – when cup games are also taken into consideration.

Given how far he lagged behind in the league, it proves Arteta is more than making up for it in cup competitions.

Arsenal have won all four of their Europa League games this season – as well as going undefeated in the Carabao Cup so far.

In terms of goals, it’s a similar story – with Arteta’s group both scoring AND conceding fewer than Emery, showing while the current boss has improved his team’s defence, his attacking know-how leaves something to be desired.

On the surface it appears Arteta’s job could be on the line.

But in truth, the stats suggest he’s doing a solid job… he just needs to find a way to get his attackers firing.

Arteta reveals his thoughts on Arsenal’s loss to Wolves