MICK SCHUMACHER raged ‘does he want to kill us?!’ at team-mate Nikita Mazepin after the pair almost crashed at 200mph in Baku.

The Russian rookie has endured a largely negative debut in Formula One with his Haas colleague the latest to take aim at his driving style.

On the last lap of Sunday’s Azerbaijan Grand Prix, Schumacher attempted to overtake Mazepin as the 22-year-olds jostled for 13th – which would have represented either drivers’ best finish in their debut seasons.

Pulling into his team-mate’s slipstream, Schumacher quickly gained ground and moved right to breeze past on the two-kilometre home straight.

But Mazepin made a late dart to the right, forcing his German contemporary to take evasive action.

Schumacher gestured angrily at his Haas team-mate as he managed to complete the move nonetheless and reached the line first.

Immediately contacting his team radio, the son of seven-time champion Michael let his frustrations be known.

“Honestly? Seriously, does he want to kill us?”

Schumacher’s race engineer replied ‘understood’ as he assured him the race was over and the post-mortem quickly unfolded in Baku.

Haas chief Guenther Steiner said after the race: “Obviously, there was a situation on the straight that was all resolved, and we’ve cleared the air.

“There was some misunderstanding, but we’re fine and all moving on from it.”

Mazepin’s risky manoeuvre was the last action of an enthralling race in Baku, which saw Max Verstappen and Lance Stroll crash out with tyre failures and Lewis Hamilton dramatically miss the chance to win.

Mick’s uncle, Ralf Schumacher, who won six of his 182 F1 Grands Prix, demanded Mazepin face a punishment and learn from the incident. 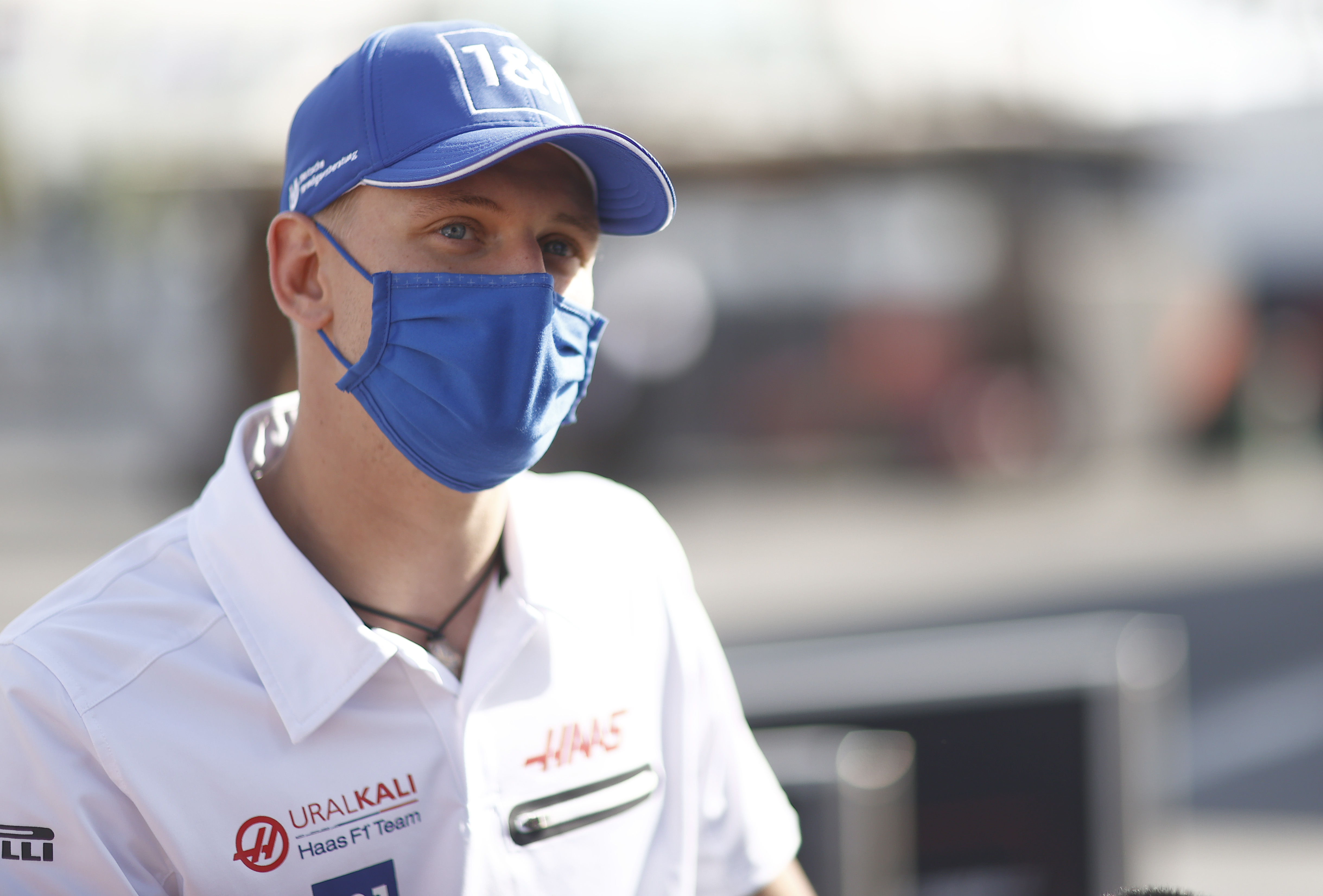 Nikita Mazepin has not made himself the most popular driver in the paddockCredit: AP

He said: “We are talking about speeds of over 300 kilometres per hour. That’s life-threatening.

“When you’re racing wheel to wheel, you can easily go flying. You can imagine what happens when 750 kilograms go flying.

“In my opinion, Mazepin should be punished urgently. He did flinch, but you have to imagine what happens in the car.

“Mazepin is a great young man outside the cockpit. When you talk to him, he’s extremely polite. But in the race, starting with lapping, where he is often in the way, he really needs to catch up.”