The former Red Devil announced he was leaving the club following a successful stint as caretaker boss and a rollercoaster playing career that saw him hit the highest highs and plummet into a devastating depression.

Michael Carrick walks away from Old Trafford with his head held high after a successful stint as caretaker bossCredit: Reuters

His final act, a 3-2 win over fierce rivals Arsenal, meant he ended unbeaten in his three games – with two victories and one draw.

Speaking to Amazon Prime after the game, he revealed: “It’s not been an easy decision to make but I feel it’s the right one.

“I was going to take time off after I finished playing and it never happened. It feels like the right time to step away and what a way to finish.

“It’s 100 per cent my decision. Over the last week I was conscious I respected the club and the manager coming in. I thought it was the right thing to do for the club and for Ralf [Rangnick] and I’m quite happy with that.

“We were in a situation where there was a responsibility to see these games through. The loyalty to Ole is a little bit of a factor but there were a lot of things that came into my decision.

“I’ve had great times, great memories and I’m proud of the players over the past three games.

“I just told them and they were a bit shocked and surprised, a bit emotional in the changing room. I held it together, just about. It’s not been easy to keep it away from people but I had a job to do.”

Although his future now may belong in managing, it’s as a player West Ham, Spurs and United fans also remember him fondly.

It all started at Upton Park for the humble Wallsend-born midfielder.

Often an underrated cog in a side, he provided stability for his defence while delivering simple passes to more attacking players. 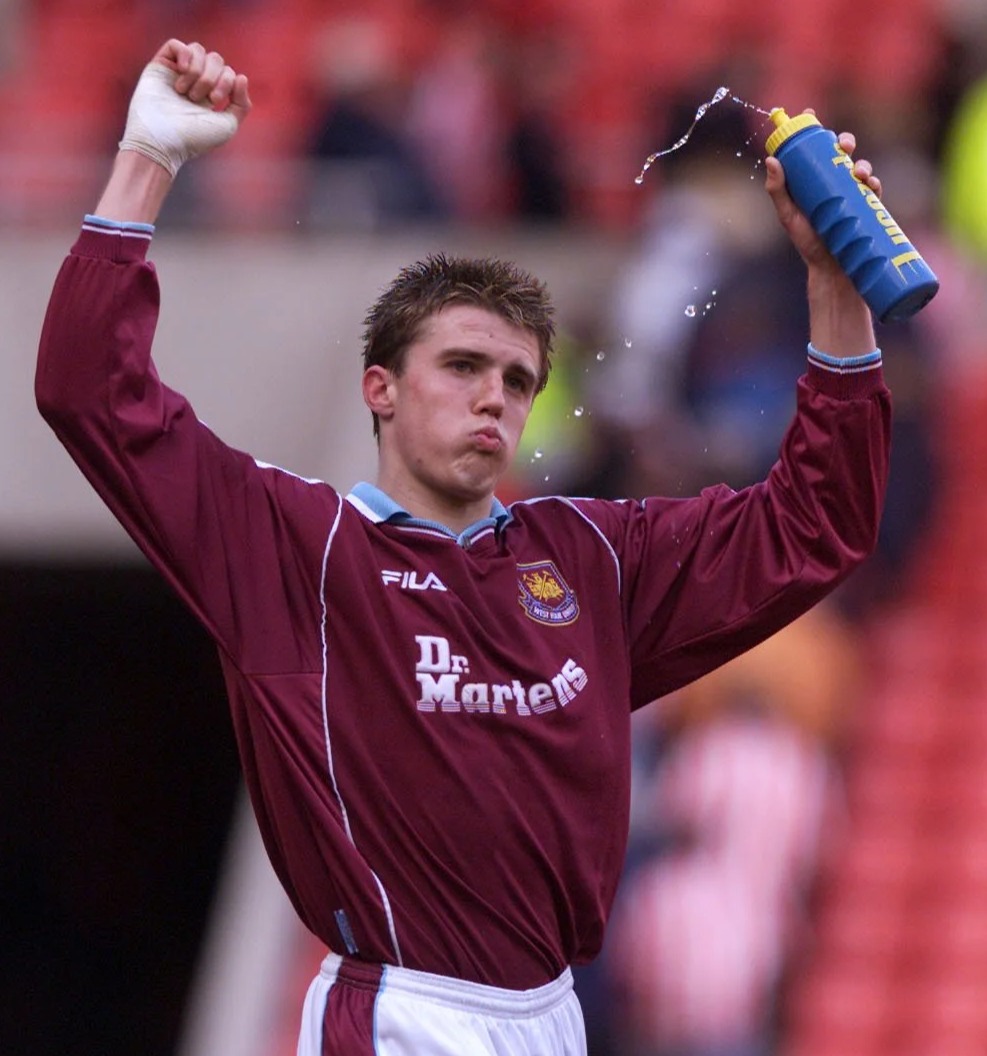 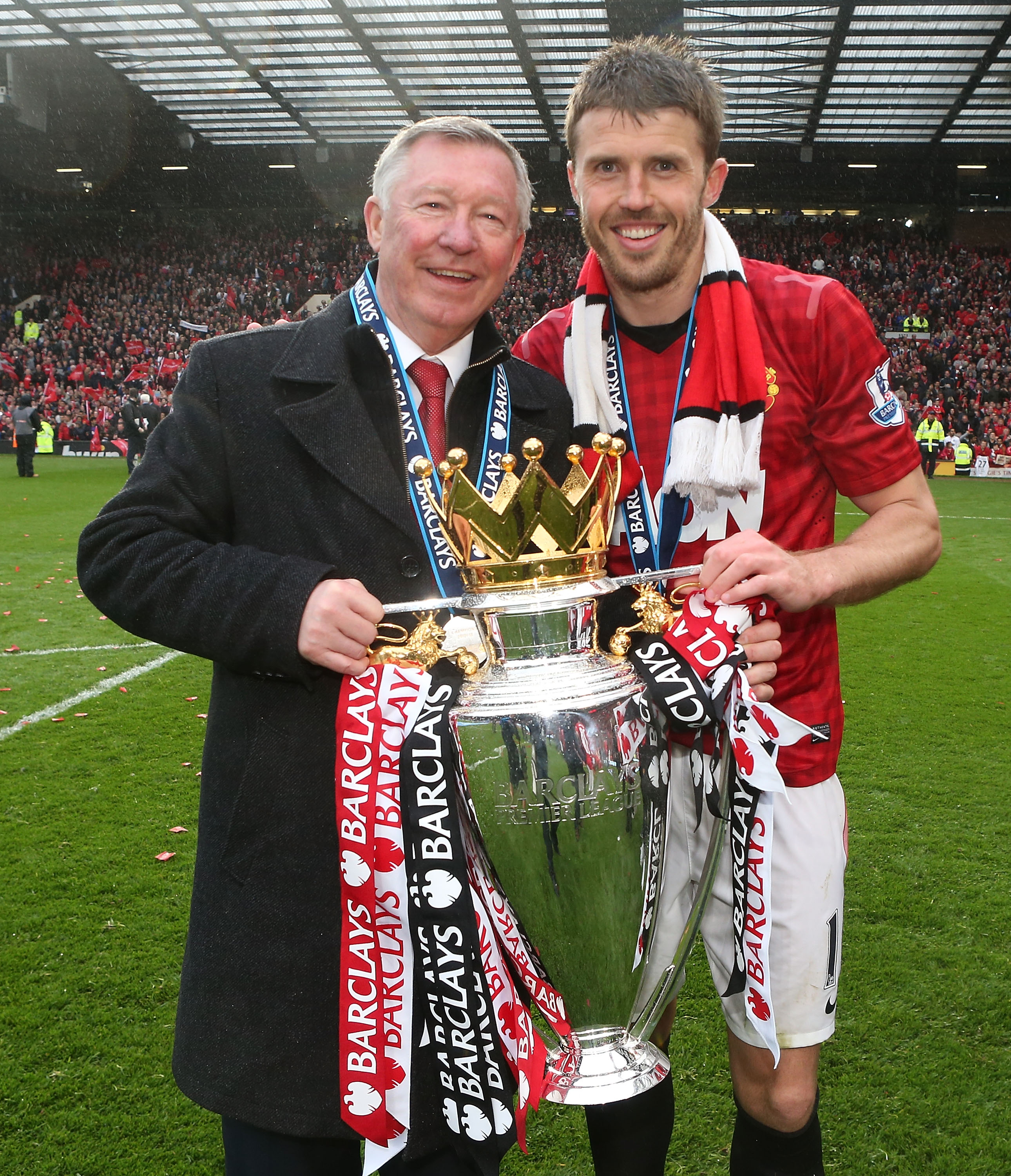 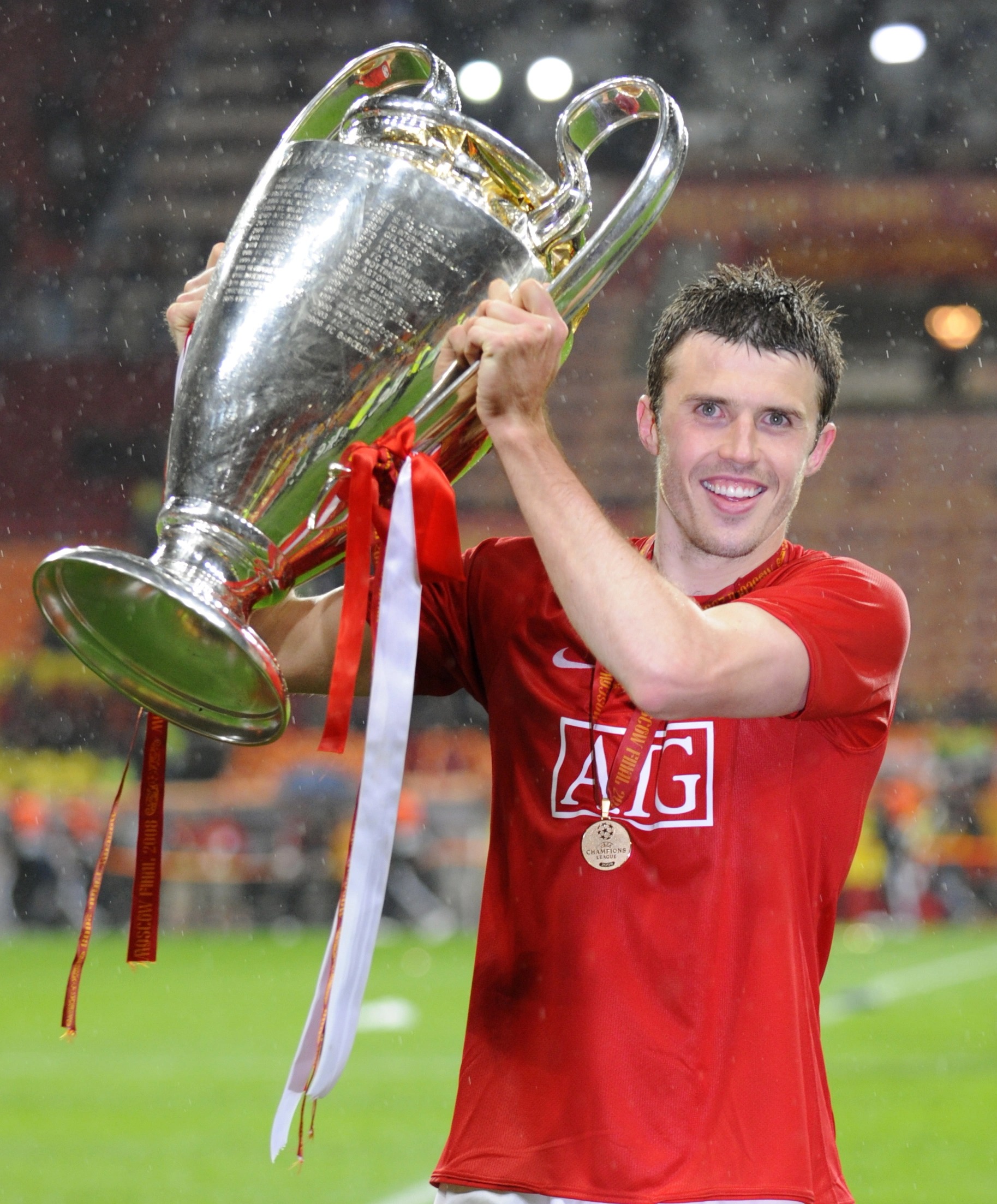 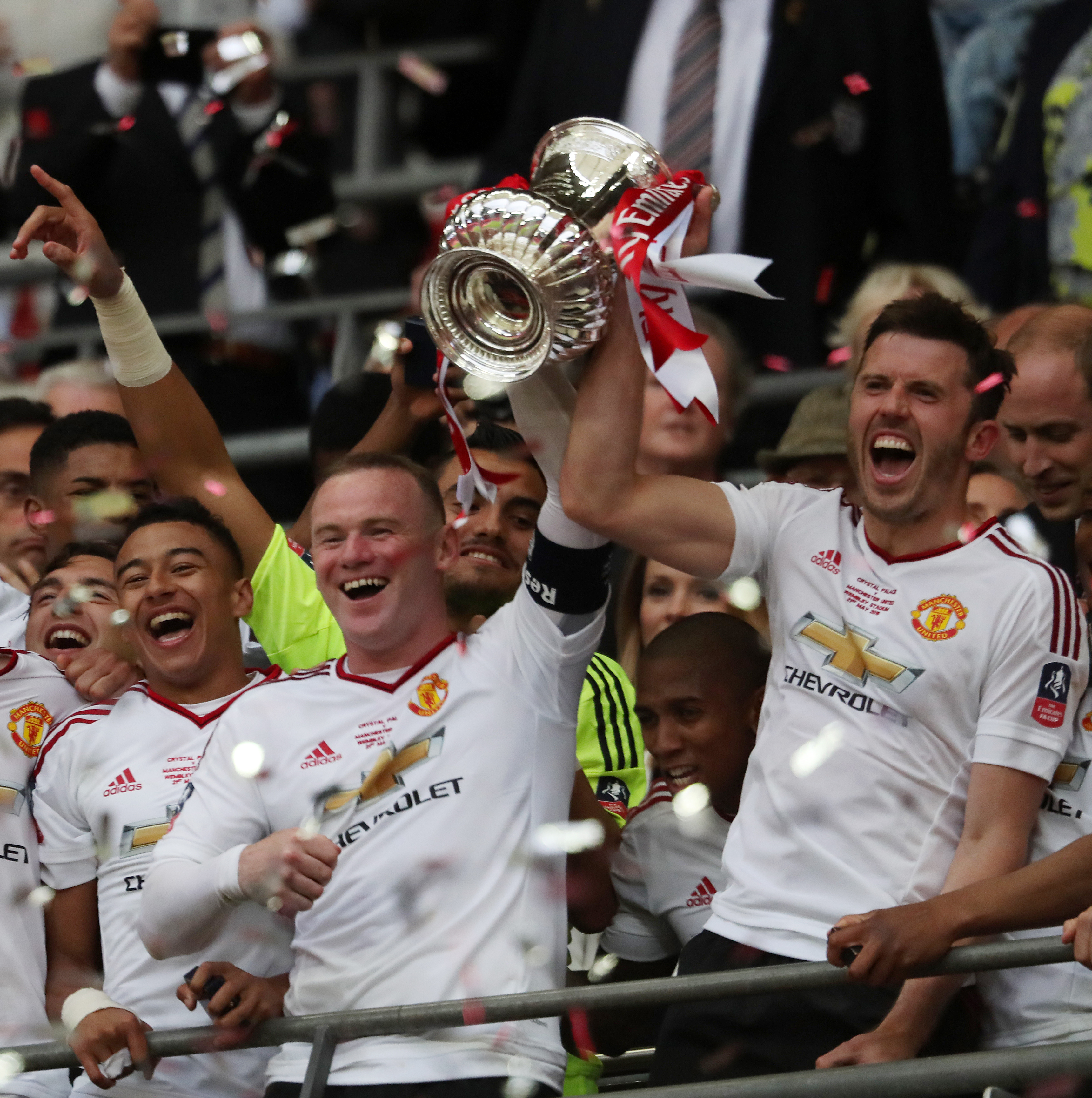 After making his debut aged 18 for the Hammers, where he was a member of their FA Youth Cup team in 1999, he lost two seasons through injury after a growth spurt.

But he would end up playing 159 times in the East End, winning an Intertoto Cup, before moving to Spurs.

Two seasons later, Sir Alex Ferguson paid £15million to bring him to the North as a successor to Roy Keane in midfield.

Trophies that had eluded him at his previous clubs came aplenty at United.

In all, he won five Premier League titles, an FA Cup, two League Cups, the Champions League and Europa League.

He was also named Manchester United’s Players’ Player of the Year in 2012-13.

Louis Van Gaal called Carrick his “trainer coach during the game”. So, it was inevitable what his next move would be.

Made club captain when Wayne Rooney left, Carrick announced he would retire after the 2017-18 season.

Awaiting him was a coaching position and working alongside Jose Mourinho and his assistant Rui Faria.

“He has qualities we believe that can make him a good coach,” the Special One said before his final game at Old Trafford.

When Mourinho was sacked, Carrick was kept on at the club and began working with Ole Gunnar Solskjaer. 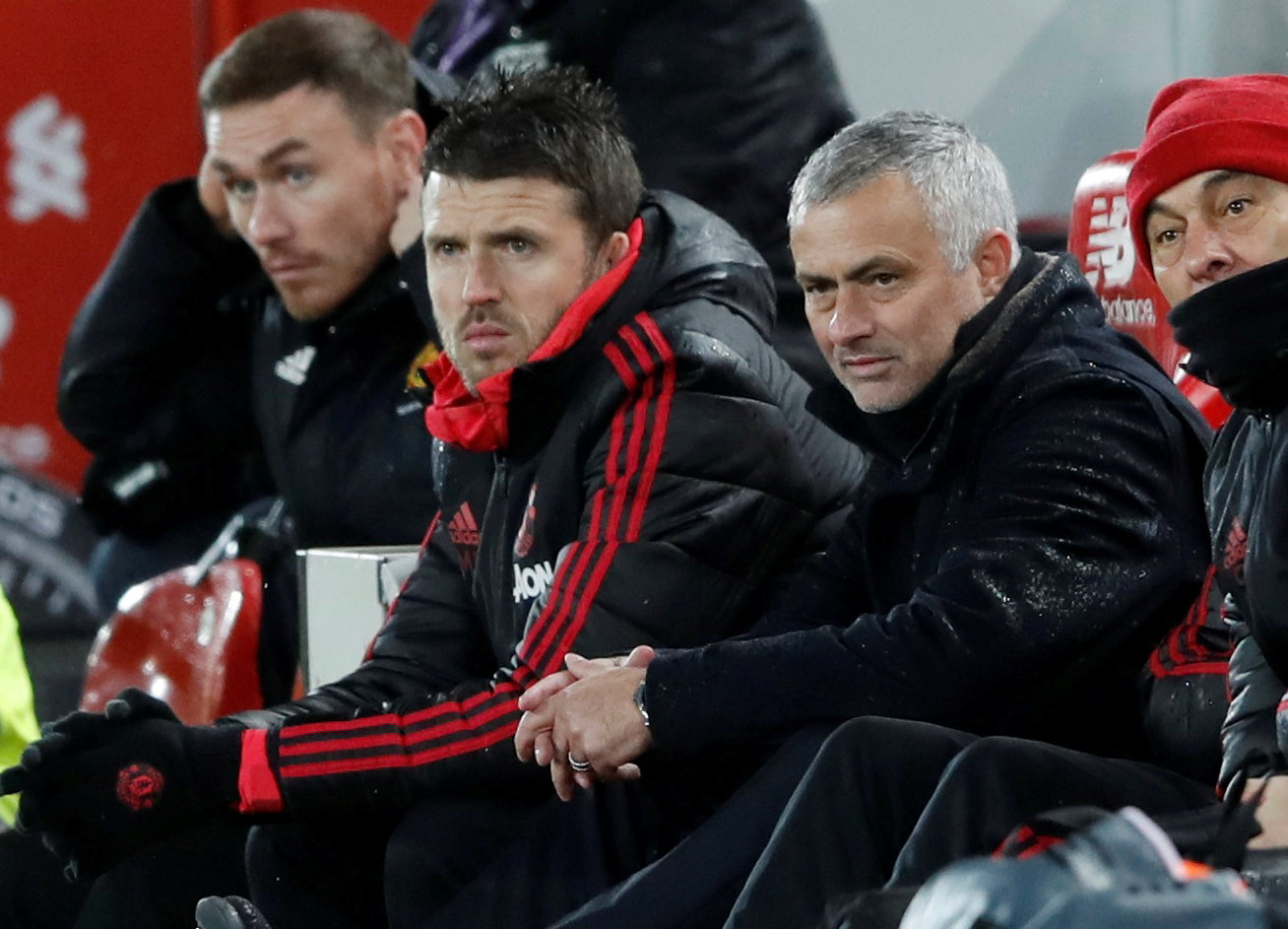 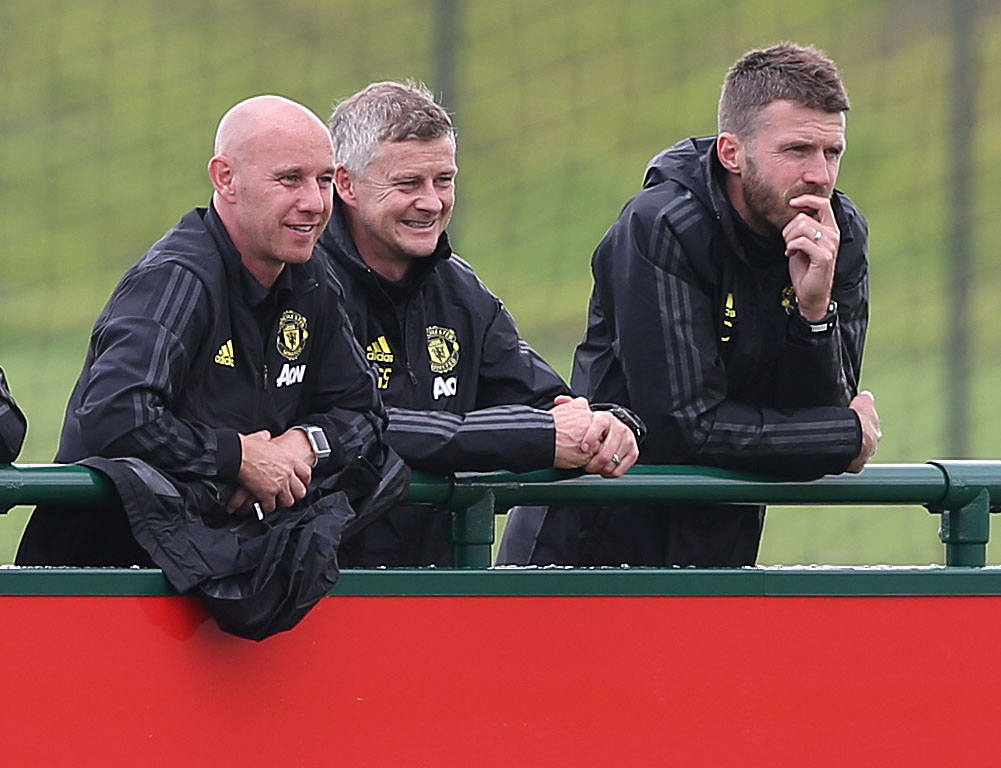 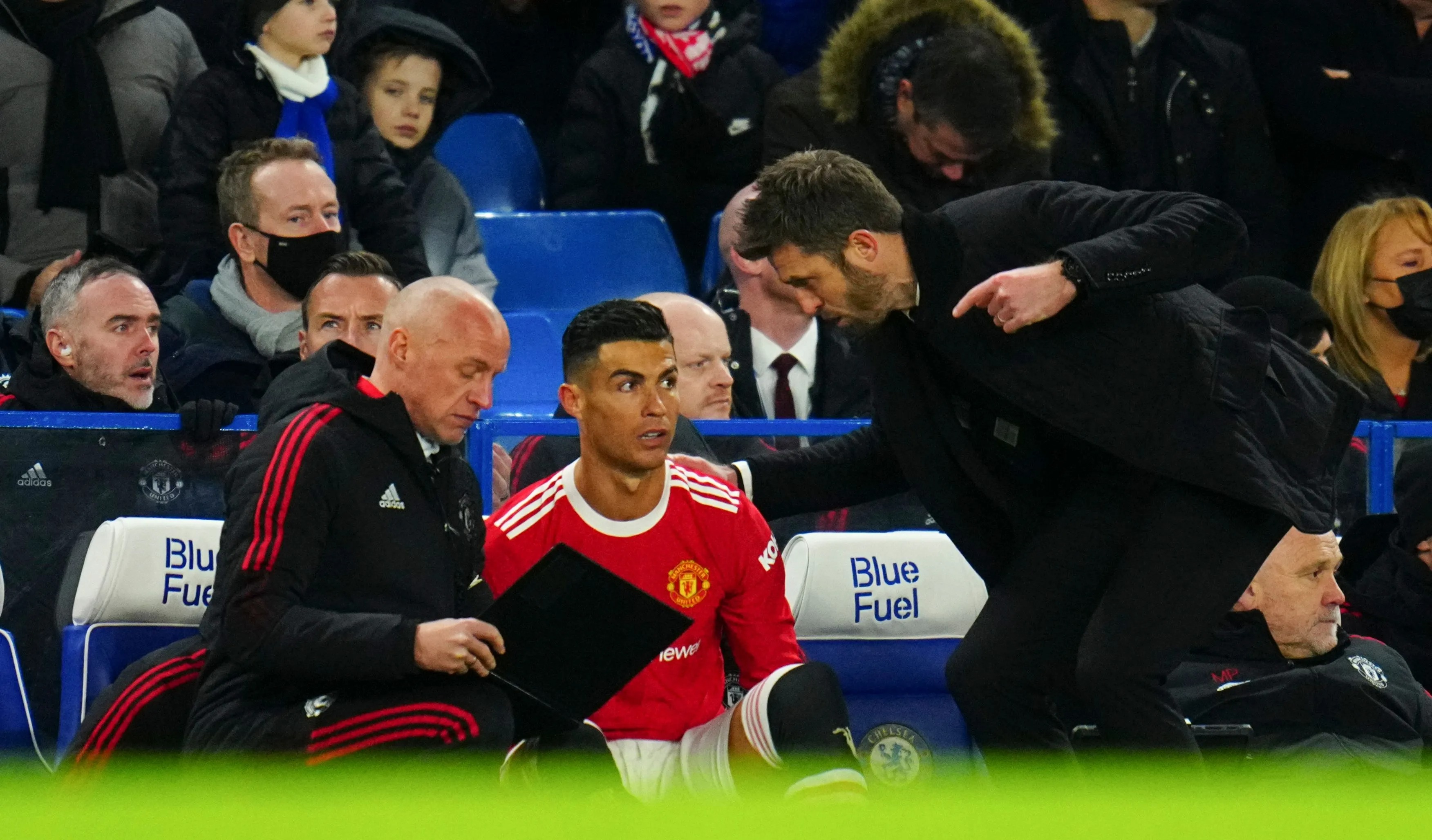 After becoming caretaker boss, Carrick made the decision to drop Cristiano Ronaldo to the benchCredit: Rex

The pair formed an alliance, often seen deep in conversation in the dugout over tactics.

But, his calling would soon come as caretaker boss when the Norwegian was dismissed.

In his first game, he saw off Villarreal in the Champions League with a 2-0 win.

Then, he his gambled decision to drop Cristiano Ronaldo saw his side fight for a 1-1 draw away at Chelsea.

For his last game, Carrick would bring back a rejuvenated Ronaldo who would score twice, including a winner from the spot in a 3-2 win over Arsenal.

However, despite his assured persona, Carrick has had to battle his demons.

He admitted he punished himself so badly for gifting Barcelona a goal in the 2-0 Champions League final defeat in 2009 that it left him hardly wanting to play for the next 12 months.

The former United midfielder opened up about his torment in his autobiography Michael Carrick: Between The Lines.

Carrick wrote: “I was loose with a header and Iniesta was on it in a flash, passing to Messi. Barcelona are ruthless in transition.

“I was close to Messi but couldn’t prevent him passing back to Iniesta who got ahead of me and Anderson. Iniesta slipped the ball to Eto’o, who got away from Vidic.

“I slid in but only got close enough to Eto’o to see him score. 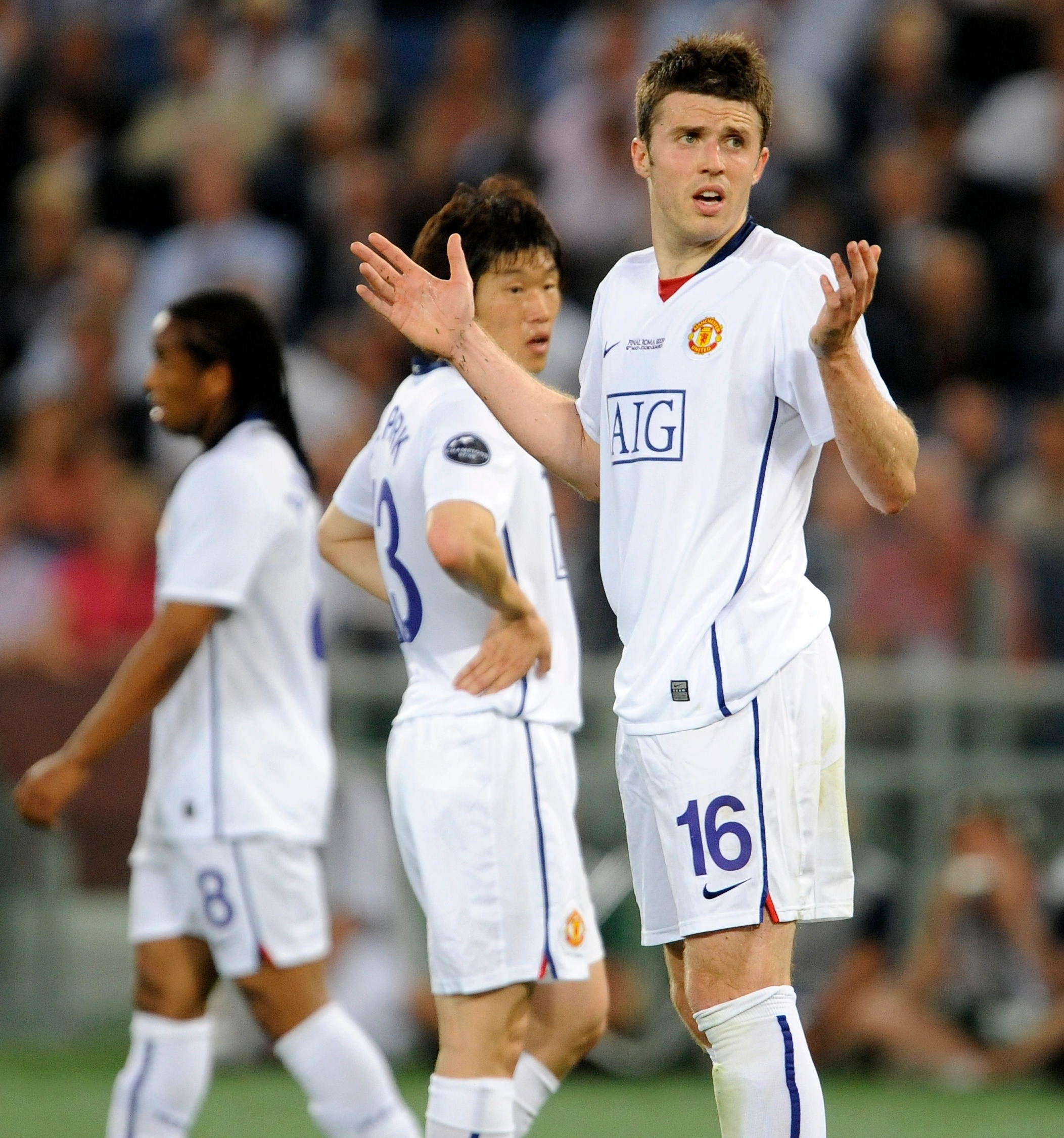 Carrick admitted he punished himself for gifting a goal to Barcelona in a 2-0 Champions League final defeatCredit: Times Newspapers Ltd 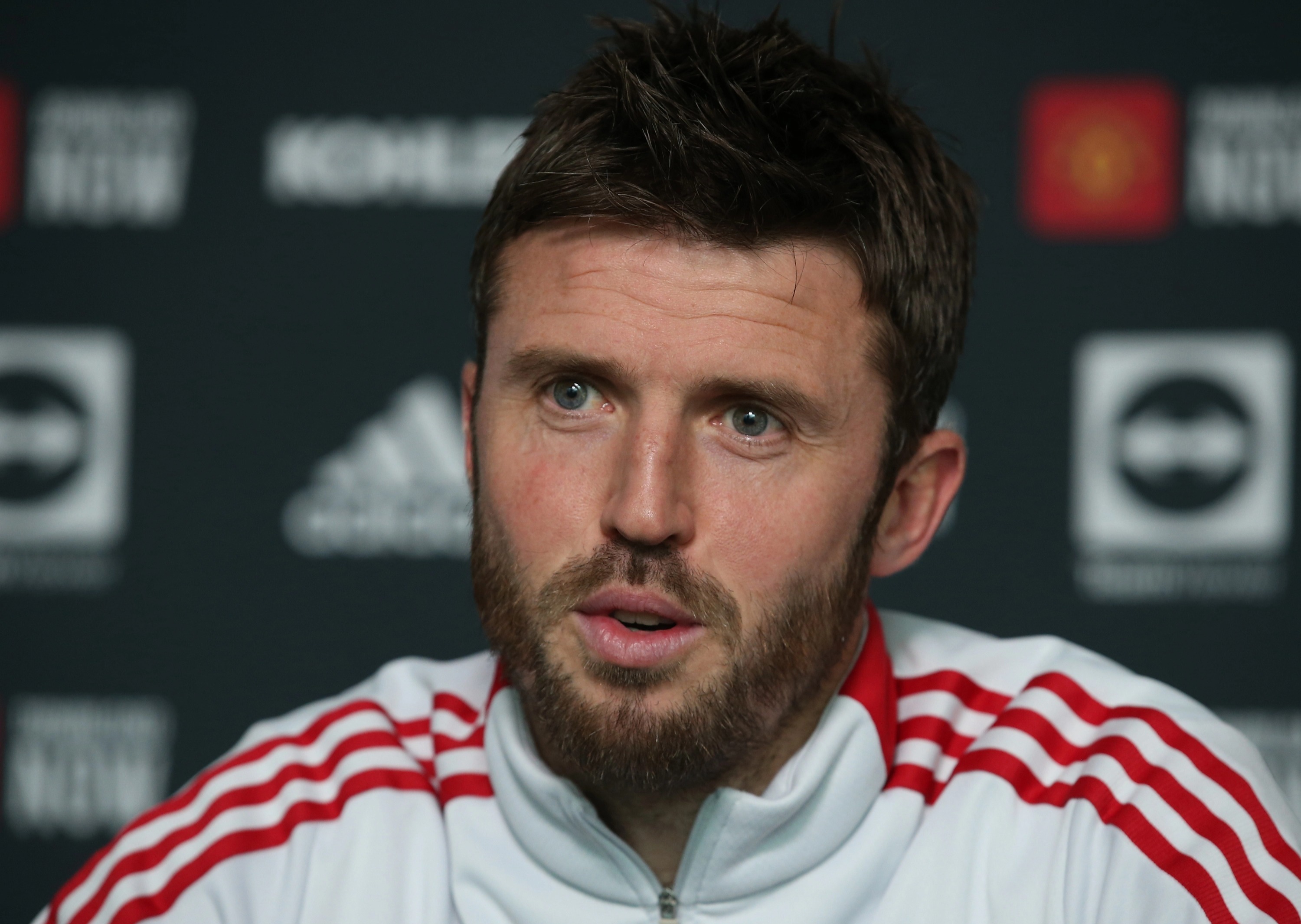 Humble Carrick admitted his mistake saw him sink into a deep depressionCredit: Getty

“In quiet moments in the weeks after our 2-0 defeat, that passage of play kept returning to haunt me. I couldn’t get it out of my head. It sounds melodramatic, but I’ve never recovered from it.

“The memory of conceding such a soft goal is always there in my mind. Giving the ball away to any team was dangerous, but to Barcelona it was suicidal.

“That was the worst I’ve felt on a football pitch after a game by a mile. I was mentally devastated, angry and frustrated by my performance and by United’s.

“I’ve never talked about Rome with the Boss. I can’t, it’s too painful. Even now, almost a decade on, the gloom from Rome has not completely gone.”

As the dust settles, and Carrick leaves the Theatre of Dreams with his head held high, the question of what happens next remains.

He will, no doubt, spend time with his family before embarking on his next chapter. 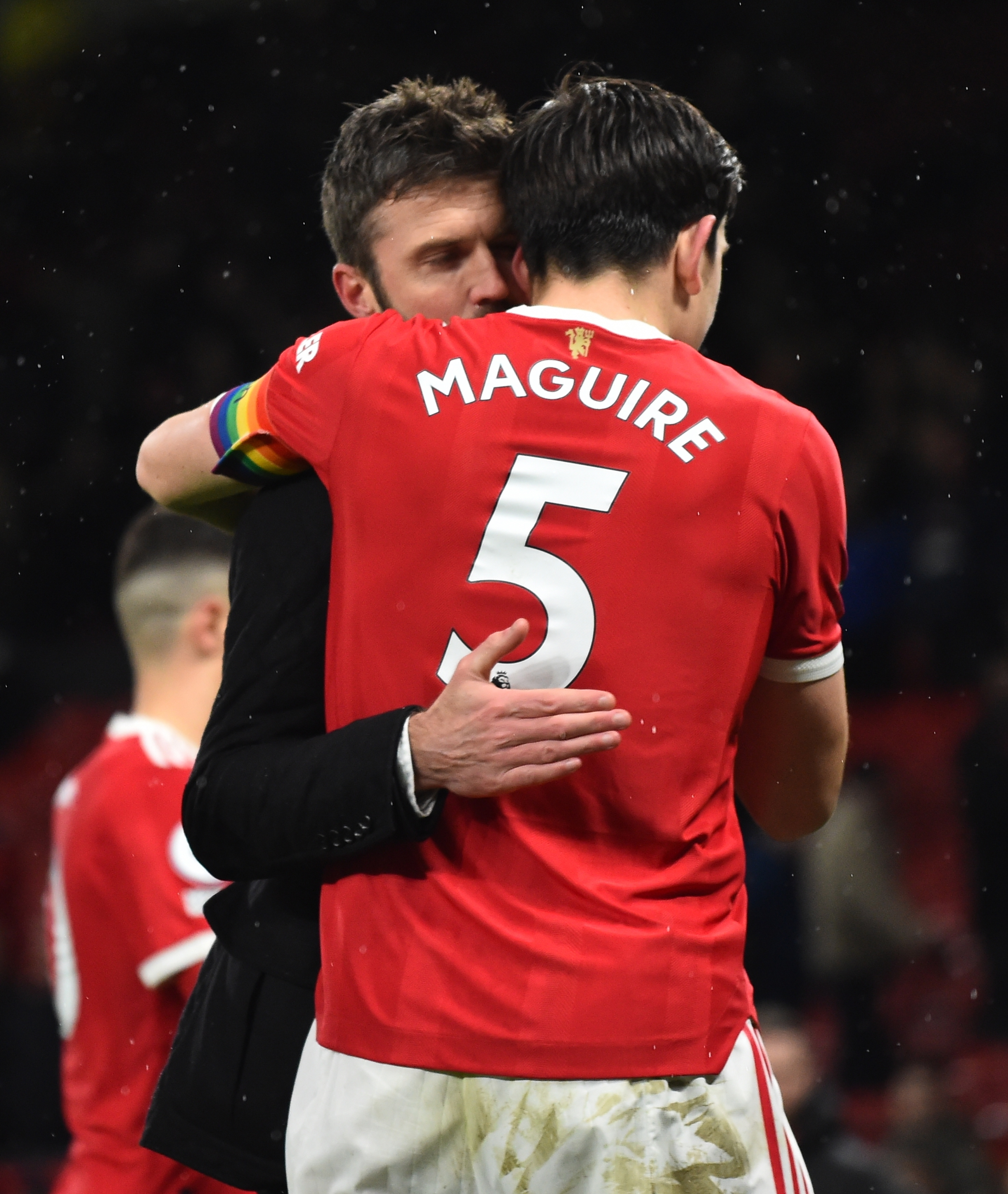 Harry Maguire was one of the Man Utd stars who said an emotional goodbye to Carrick after the gameCredit: EPA 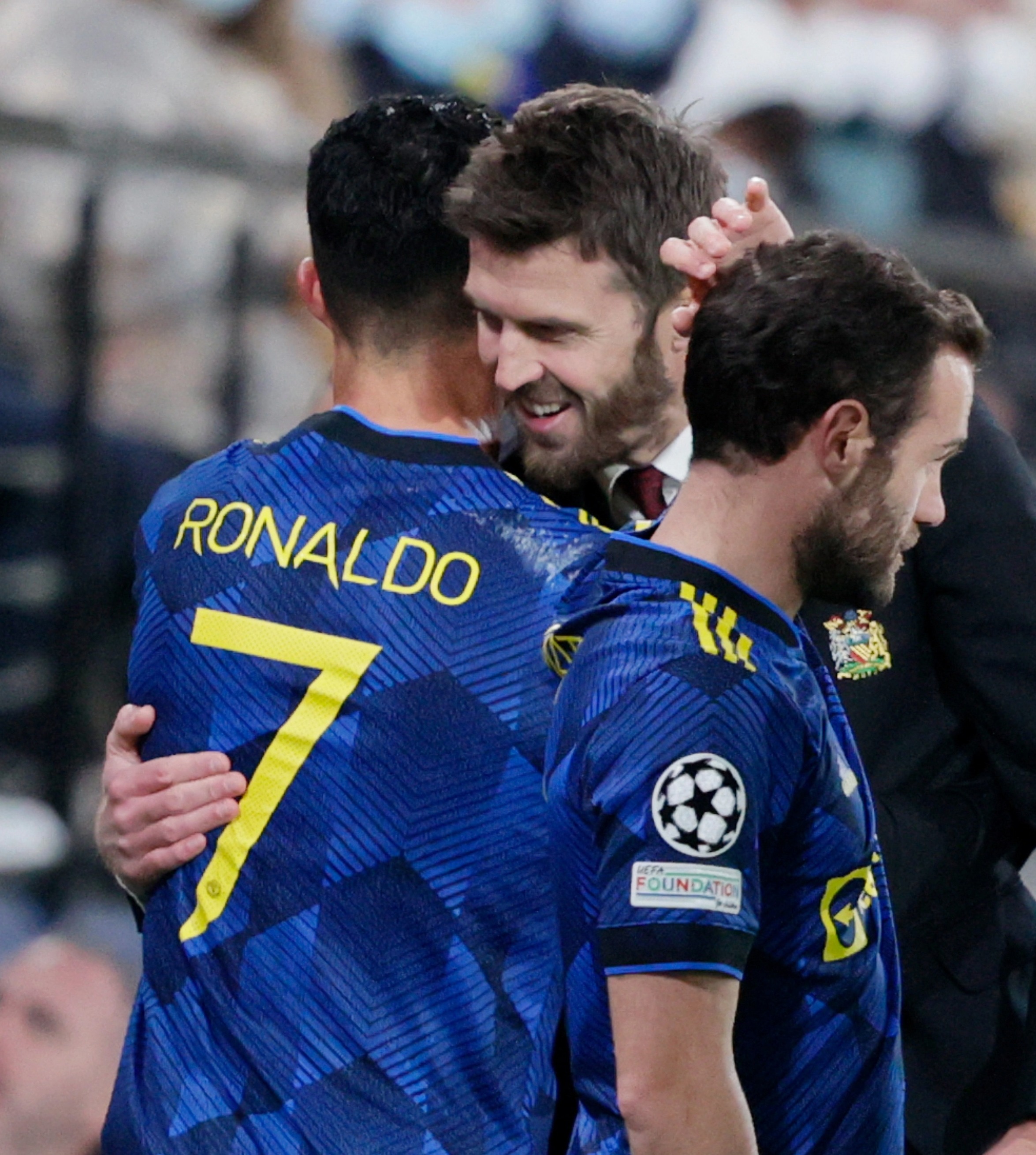 Should that be as a manager, well he has the endorsement of arguably the greatest player the world has ever seen.

“Michael Carrick was a class act as a player and he can become a great coach as well,” Cristiano Ronaldo revealed on Instagram after news broke that Carrick was leaving.

“Nothing is impossible for this guy. Personally, I’m proud to have played with him by my side as well as with him as a manager on our bench.”