MESUT OZIL has broken his silence after being axed by Fenerbahce following a ‘verbal altercation’ with interim boss Ismail Kartal.

The former Arsenal midfielder, 33, was captain for Sunday’s 2-1 home win over Konyaspor.

Mesut Ozil has broken his silence after being suspended by Fenerbahce following a ‘verbal altercation’ with interim boss Ismail KartalCredit: Getty 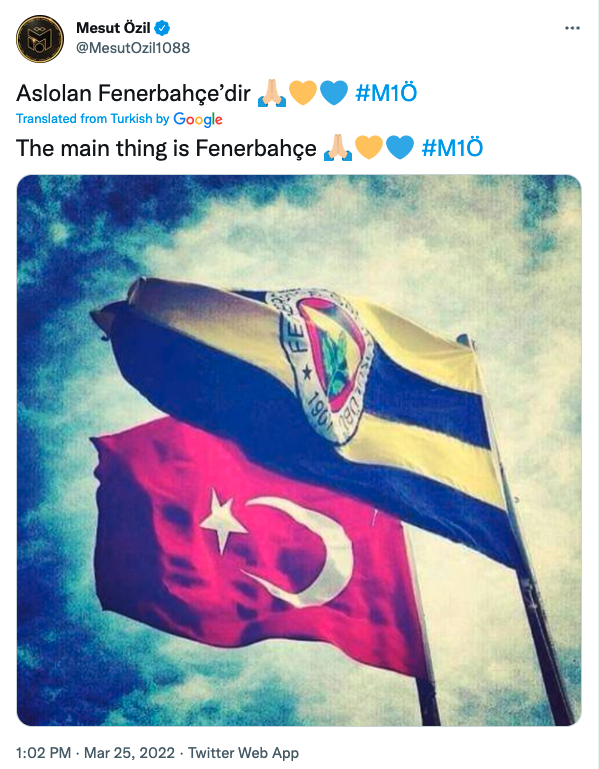 But Ozil was dragged off at half-time following an alleged row with Kartal.

Ozil was suspended by the club – along with team-mate Ozan Tufan – on Thursday.

But Ozil has broken his silence, seemingly in defence of his club.

He tweeted a picture of both the Turkey and club flags, captioned: “The main thing is Fenerbahce.” 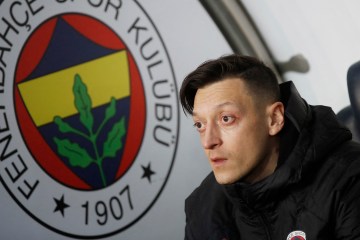 On Thursday, Fenerbahce had revealed: “Mesut Ozil and Ozan Tufan have been dismissed as a result of the decision taken. It’ll be made public.”

Ozil was suspended indefinitely by the Turkish club, meaning his return is as yet uncertain.

He and Tufan will be banned from training with the first team ahead of their trip to Kayserispor this weekend.

The former Germany international joined the Istanbul giants after Arsenal agreed to release him from his mammoth £350,000-a-week contract in January 2021.

Ozil has played 37 times for the Super Lig side since the transfer, with all nine of his goals coming in his 26 appearances this season.

It’s believed Kartal took the decision to suspend the pair.

They could now miss the remainder of the season.

However, should Fenerbahce opt to hire a new permanent manager before the end of the season – following Vitor Pereira’s sacking in December – they could yet return to the first team.

Fenerbahce currently sit third in the Super Lig table with eight games to play – but still a whopping 15 points adrift of leaders Trabzonspor.