MAX VERSTAPPEN took a sensational pole in the wet and will start at the front of Sunday’s Canadian GP.

The world champion was a staggering 0.645 seconds ahead of Fernando Alonso, who was a surprise in second place, while Carlos Sainz qualified in third. 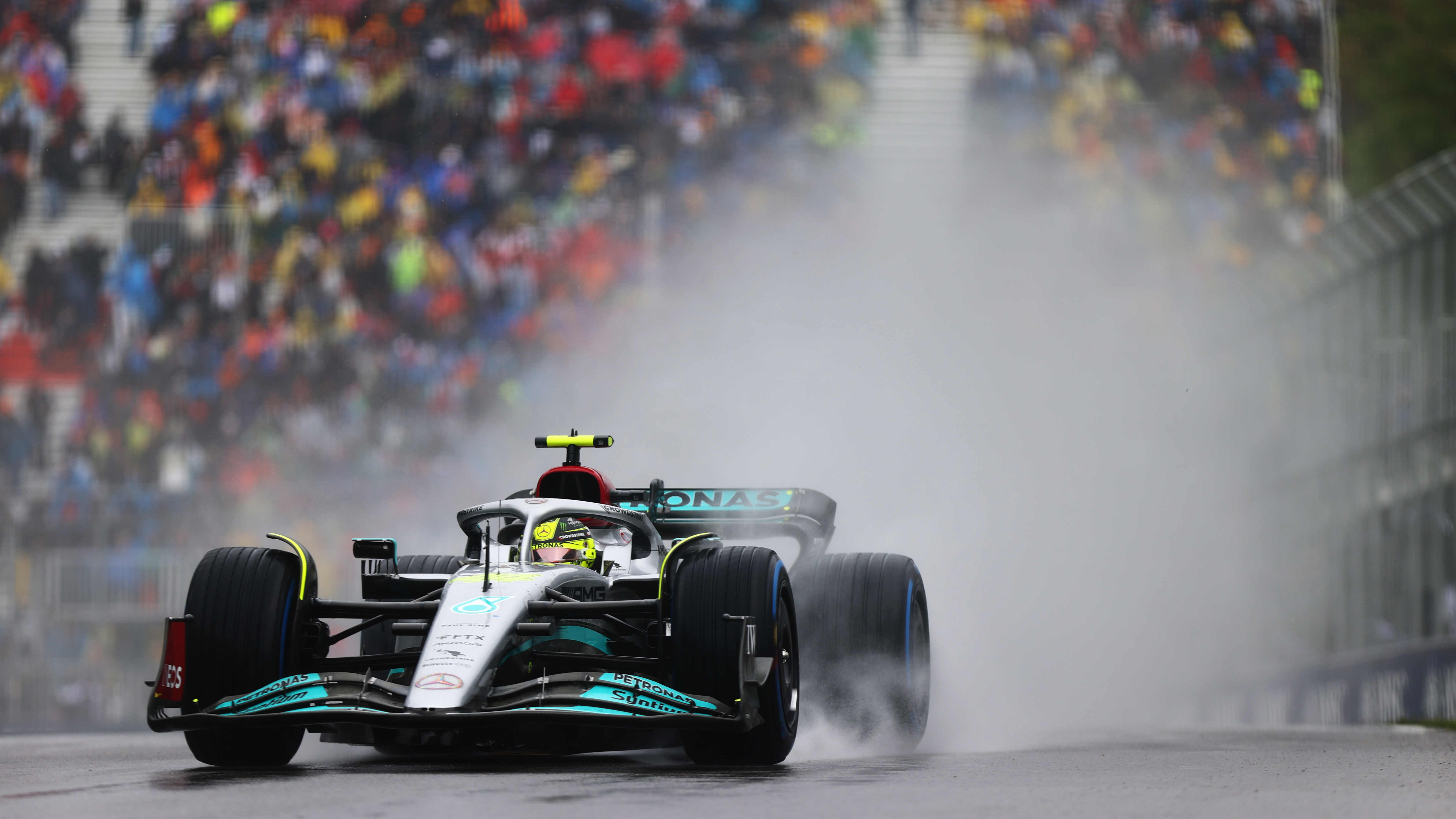 Lewis Hamilton was impressive in qualifying and will start the race in fourthCredit: Getty

Lewis Hamilton, who had been plagued by back problems caused by his bouncing Mercedes, looked to have done the unthinkable with an excellent first attempt that was good enough for provisional second place.

The seven-time world champion was eventually bumped down to qualify in fourth place but hailed his achievement in the wet as his best of the season.

Hamilton said: “This past week has been a real challenge and every day working through the pain and getting my body right.

“We are still struggling with the car, so to get top four in those conditions is awesome. 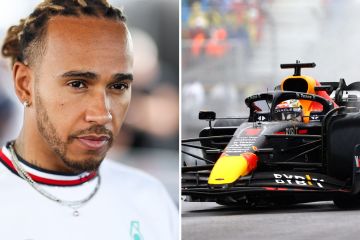 “It is my best qualifying this season and feels similar to my first-ever qualifying in Australia in 2007, I was so excited.”

But it was Verstappen who was in a class of his own with a stunning lap time that was simply untouchable.

He said: “In tricky conditions we stayed calm and made no mistakes, so I am happy with pole.

“You were really on the edge with the grip but then it became more enjoyable as the track dried and luckily it all worked out in the end.”

“It has been an unbelievable weekend and we have been competitive and thanks to the wet conditions, the car was mega and I was so comfortable.

“Red Bull are in a different league and pole was beyond our wildest dreams, so we will take a place on the front row.”

When asked whether he could fight Verstappen for the win, he added: “We will see. We will attack Max at the first corner.

“The goal is to lead the race at turn one, and then after that, they can go and race.”

George Russell will start in eighth place after his gamble to run on slick tyres backfired.

The Mercedes man rolled the dice and tried to set a quick lap, but he was caught out by the standing water and ended up in the barriers.

But it was a strong day for Haas duo Kevin Magnussen and Mick Schumacher, who qualified in fifth and sixth place respectively.

Ferrari’s Charles Leclerc was already looking at a miserable result after receiving the news before qualifying that he would be taking a host of grid penalties that would drop him to the back of the grid.

Leclerc suffered an engine failure last weekend in Baku and Ferrari have taken the strategic decision to give him new parts, triggering a number of grid penalties.

Leclerc did not even set a time having got into Q2 and it is likely he will start in 19th place, ahead of AlphaTauri’s Yuki Tsunoda, who has also taken new engine parts, and is last.

There was also misery for Lando Norris, who suffered an engine problem of his own in qualifying that saw him eliminated from Q2.

Red Bull’s Sergio Perez, who won in Monaco just two races ago, crashed out in the rain when he duffed his car into the barriers.

The Mexican, who had switched on to the intermediate tyres, lost grip and went straight into the Techpro at Turn Three.

Meanwhile, Pierre Gasly and Sebastian Vettel were both disappointed not to make it out of Q1 while both Canadian drivers Nicholas Latifi and Lance Stroll were also eliminated at the first attempt.